Overall the snow pack remains very shallow at lower elevations and in windblown
areas. No new avalanches seen or reported this week.
See pictures below for conditions at Summit Lake. (Cloudy conditions obscured
higher elevations but they appeared to be wind blown on the ridges) 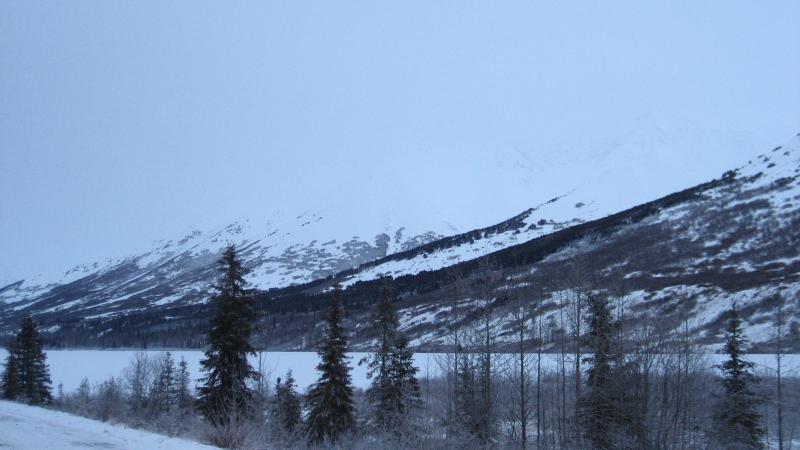 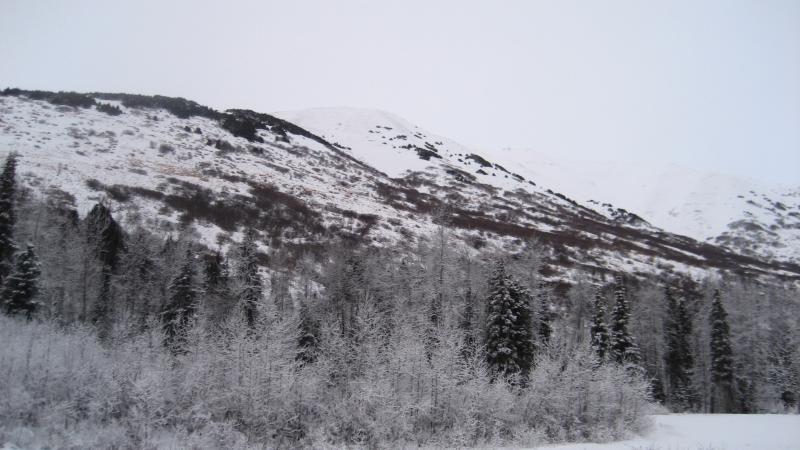 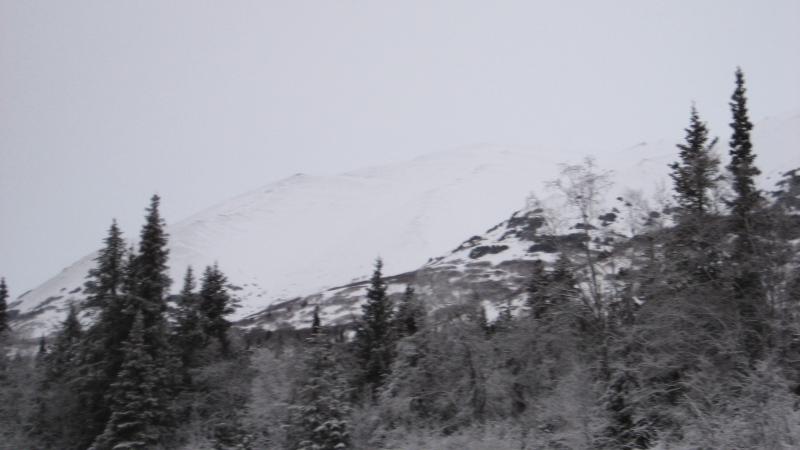 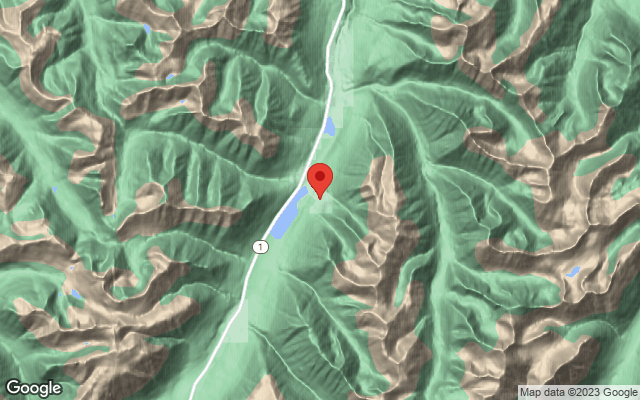