Today I was able to see with better visibility what was going on at Summit
Lake. Many natural avalanches had come down during the last storm. Natural avalanches
could be seen mainly on West and South aspect from MP41 to MP54 Seward Highway.
The pictures show the largest of the avalanches and the debris field.
Avalanches were seen on John Mt (mp41), Templeton (Creator), Tritip had
several, Tenderfoot Ridge had 2 naturals that went to the bottom of the
drainage on South aspect, Butcher had 2 slides, and the largest can be seen on
Moose at the north end of the valley in the pictures. Most travelled 3/4 to full length of path depending on size and the amount of alders they encountered. 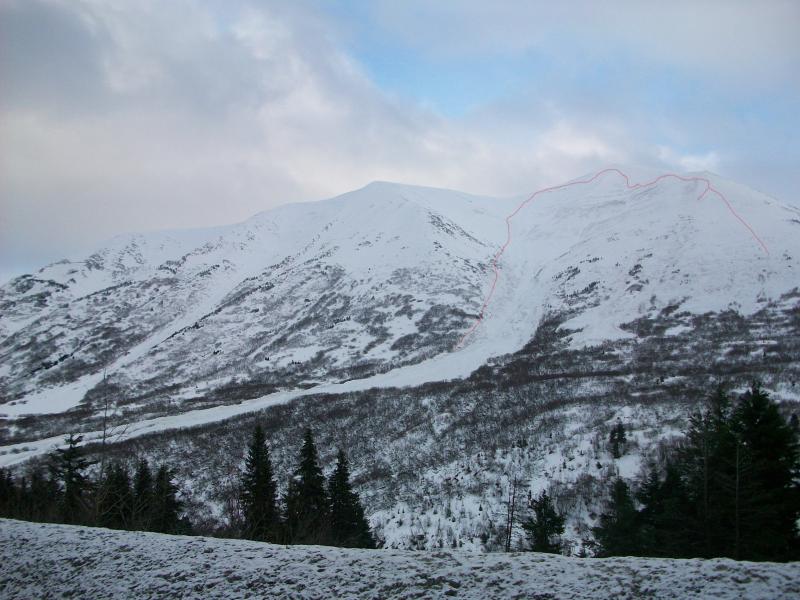 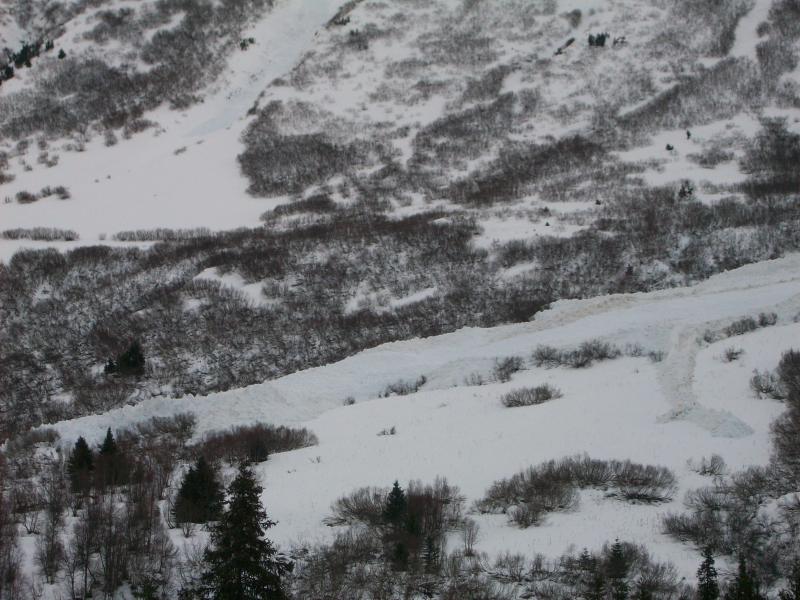 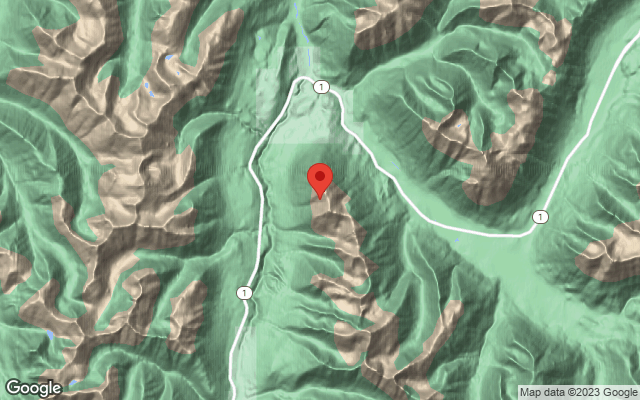