Summit Lake observations: Observed no red flags on skin into pit location.
Evidence of wind loading apparent, most noticeably on the west side of the
valley.

Dug a pit on a 38 degree slope on an aspect of 278, altitude of 2320′. Location
of the pit was near the crest of a convex rollover, among some hemlock trees,
fairly sparse. Pit depth was 165 cm, but snowpack depth exceeded 200. First
layer ran from 165cm to 130cm, fist hardness. From 130cm to 90cm was a 4F
hardness layer. 90 to 145 was 1F hardness. At 45cm (120cm from the surface) we
encountered the only potential bed surface, and rippled, .5cm thick ice lens.
From 45cm – 0cm was a P hard layer. Overall, the snowpack we saw was right-side-
up, with no buried depth hoar. Faceting was limited under/above the ice lens.
First two layers were rounded and necking, and deeper, as expected, faceted and
increasingly loose.

We ran two stability tests. #1: ICT19Q3 @ 130cm, #2: ECTN. Of note, we continued
test #1 past 19, and experienced another Q3 shear at 45cm. Overall, the snowpack
showed little energy at the pit site, as shown by the lack of propagation in the
ECT. Based on this, we judged lower altitude runs (<2500') in the trees, of a
roughly west-exposed aspect to be fairly stable.

Of note, snowpack encountered at roughly 3000’+ showed more energy, and short
shooting cracks were apparent during ski cuts. However, the energy was limited
to the top several inches of storm snow. 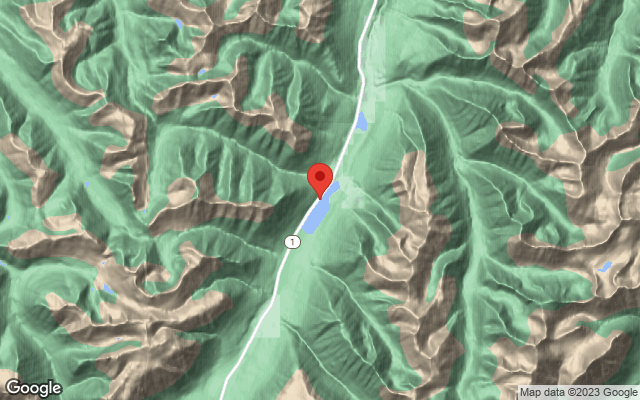