Today we drove to Summit Lake and took note of the recent avalanche activity.
We spotted several crowns located in wind loaded pockets. By the looks of it,
these slides likely ran a day or two ago, since most of the crowns were
partially filled in with windblown snow. Some of the avalanches looked like
they started relatively shallow (less than 1 ft.), then stepped down within the
storm snow layers deposited over the past 3 days. This is consistent with our
snowpit observations from Tenderfoot last Thursday (2/2), where we obtained
easy shears within the new storm snow on 2-3 distinct layers in the upper 2
feet of the snowpack.

The largest slide, located just north of Tenderfoot Ridge on the back of Butch
Mt had an impressive crown that wrapped around a sub-ridge and continued several
hundred feet up-valley and out of sight from the highway (see photo). Another
avalanche was further along the Tenderfoot Ridge releasing mid-slope(photo as
well). Two, size D2 slides had also released on Summit Mtn that were shot down
by the DOT yesterday. 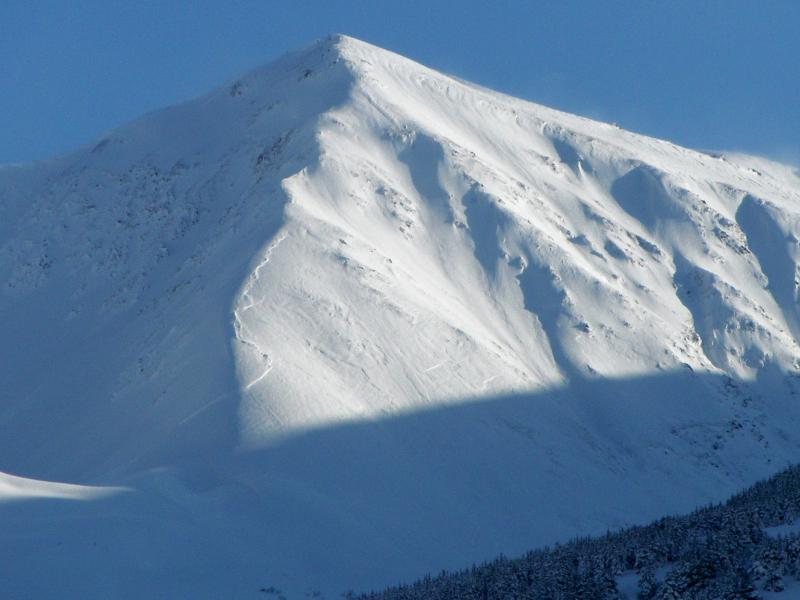 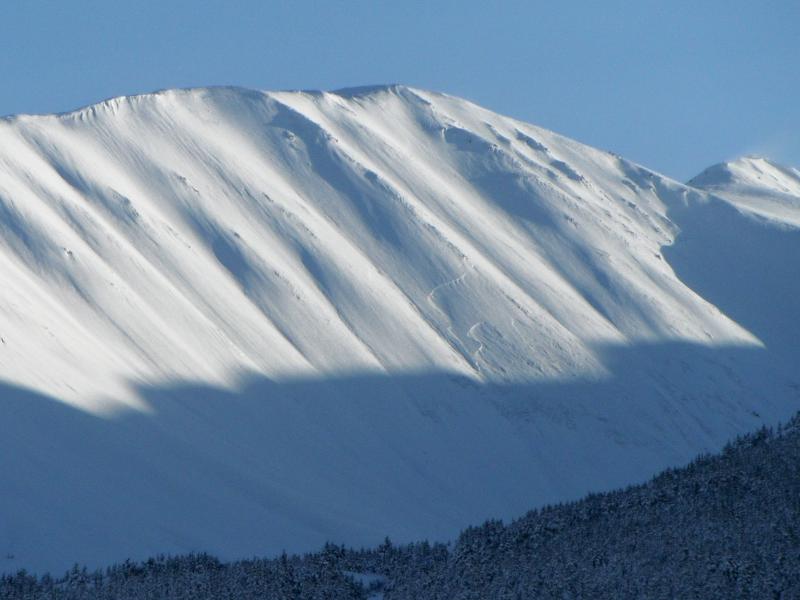 Avalanche SW faceing on Tenderfoot Ridge - further back along ridge.