Very minor cracking around skis that extended between 3” and 9”.

Clear with scattered clouds, around 30 degrees, and no wind.

Around 5” of settled powder on top of a very thin crust that gave off very short shooting cracks that would go out between 3” and 9” from the source of weight/impact of my skis.

I dug one snowpit as shown. The black line indicates the weakest layer around 2’ bellow the snow surface. This layer had significantly less bonding than other layers, but in a 1’x3’ snow pillar test held very well, it should have a very low chance of releasing. The red layer is the next weakest and it held very well. The yellow layer was very strong, but could cause a point of release. The green layer was VERY thin and had a tendency to let the 4-6 inches of powder slide off the top of this layer, it is fairly bonded at the moment and should remain so for some time, but this may be a cause for concern during the next snowfall. 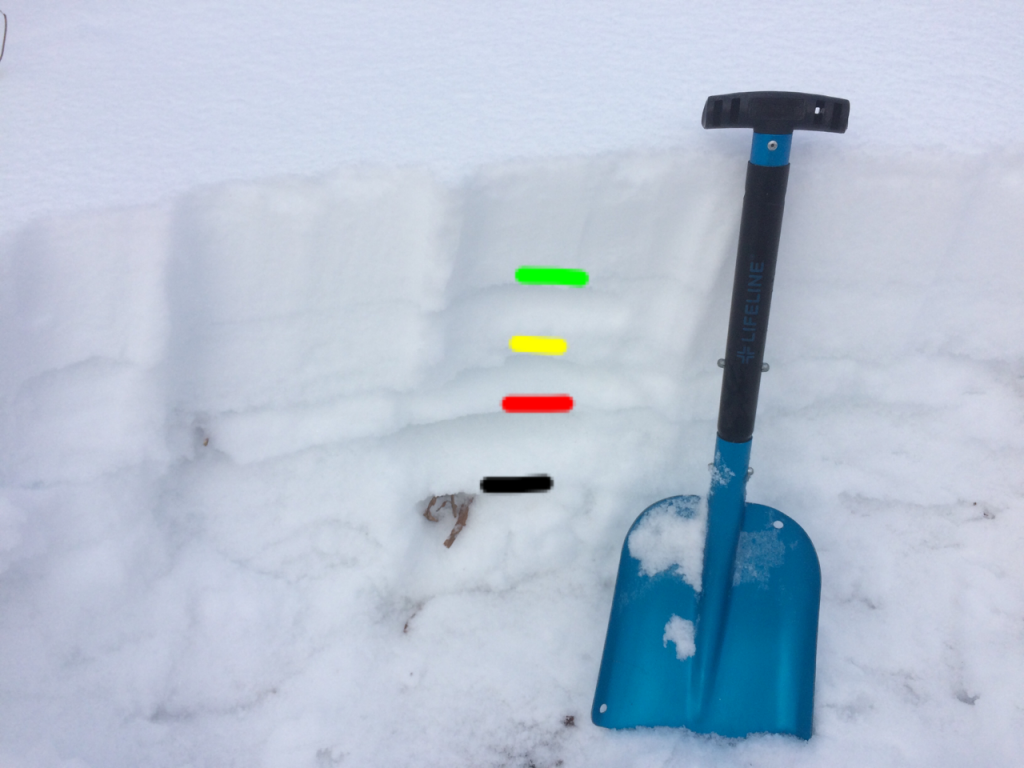 Snowpit test on summit creek trail! I was definitely the very first person to go up the trail this winter, it was beautiful! 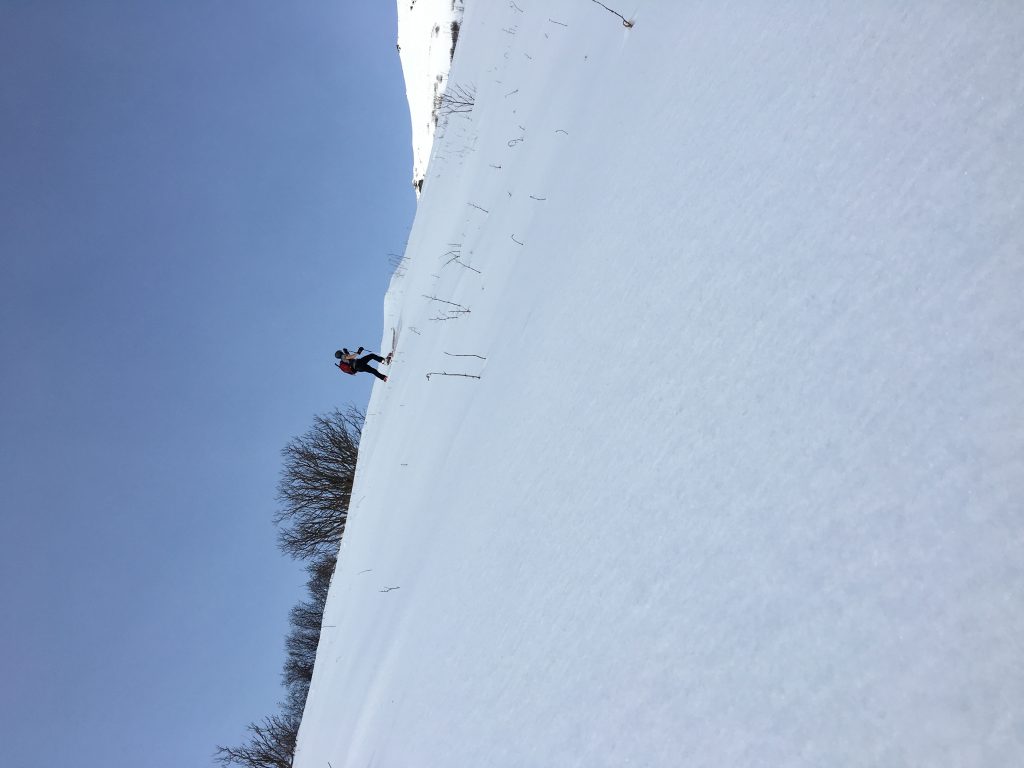