Glide avalanche released next to skier while skiing around 3,500′ elevation, south facing Manitoba.
First skier skied rib without consequence. Second boarder rode same rib, made it
1/3 of the way down and remotely triggered an existing glide crack 100
yards behind and left of him. Crack propagated up-slope averaging roughly 4′-6′
deep and 500′ wide. First skier was off slope out of the way of all debris,
debris ran 3/4 to valley floor.

Many visible glide cracks on similar aspects. Our line choice was made due to its spine-like nature. Though the warning signs were present we felt that this line could be skied safely, though we cut it very close. Glide cracks
deserve to be given extra caution! 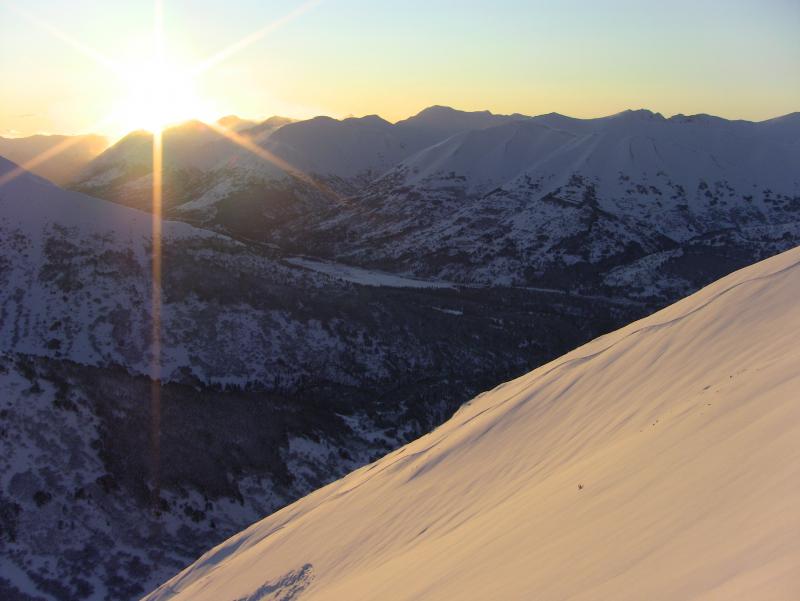 Looking west at 1 set of tracks. Visible in the lower left corner is an existing glide crack. 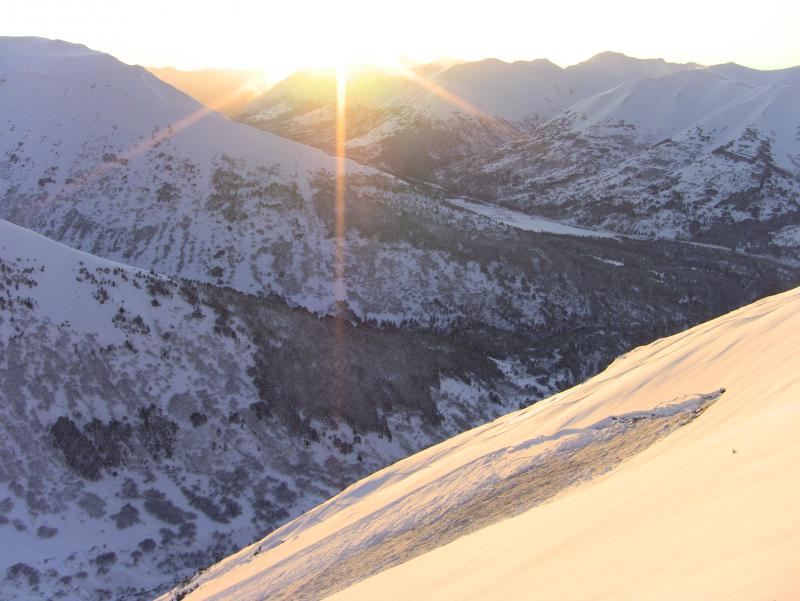 The second skier made it all the way down the rib before the glide crack sympathetically released above and skier's left of him. 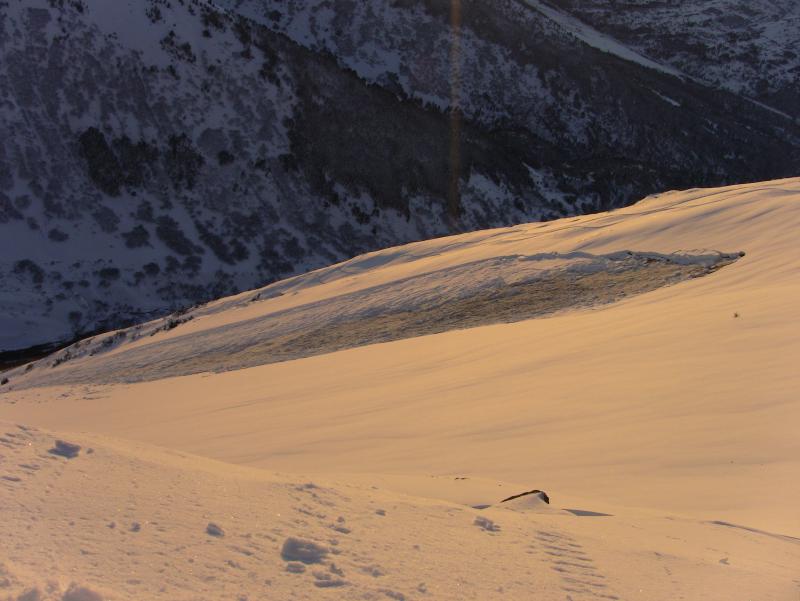 Croown face around 4'-6' deep. Some propogation out of site to the left. 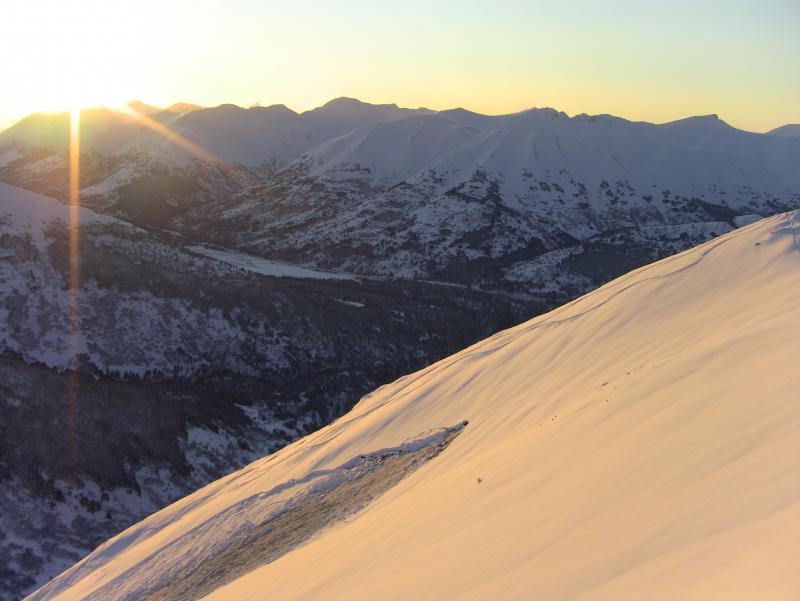 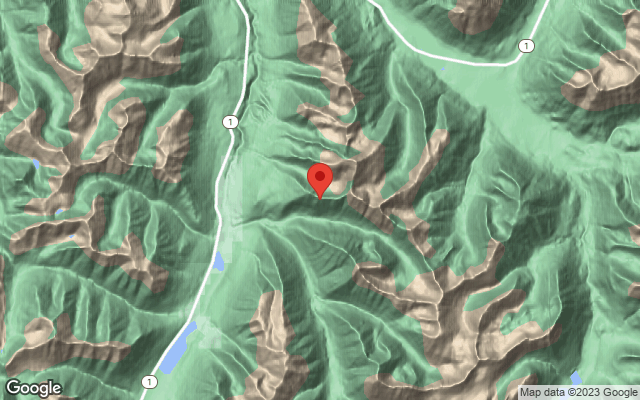