Below is a preliminary report of the avalanche fatality that occurred on January 28th, 2017 in the Snug Harbor zone near Cooper Landing. The final report will be completed as soon as possible and posted on our accidents page under the resources tab.

Two snowmachiners were caught and carried in a large avalanche while they were on the lower portion of a Northwest facing slope. One rider was almost completely buried, dug out by another group in the area, and uninjured. The other rider was buried roughly 8' deep and recovered unresponsive after 20-30 minutes. The unresponsive rider was flown to a Soldotna area hospital where he was pronounced deceased.

The avalanche was nearly a mile wide and ran 1,000-1,500 vertical feet. The crown height was between 2 and 8' deep with an estimated average depth of 4 feet. It was a hard slab avalanche that failed in weak faceted snow near the base of the snowpack.

Additional details, including the events, rescue and snowpack analysis will be included in the upcoming final report. 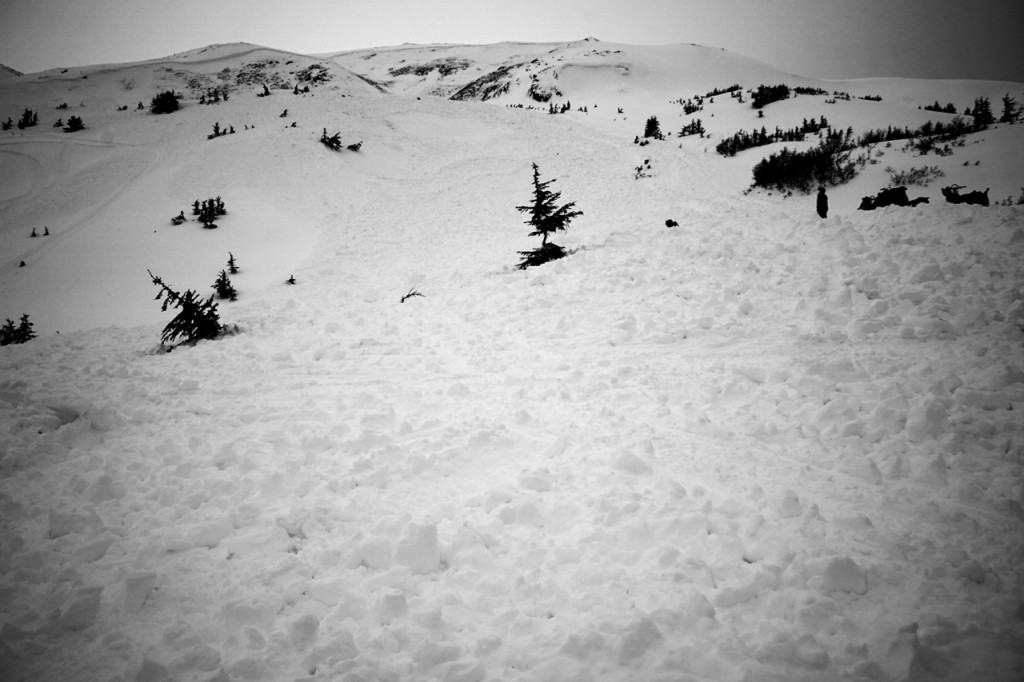 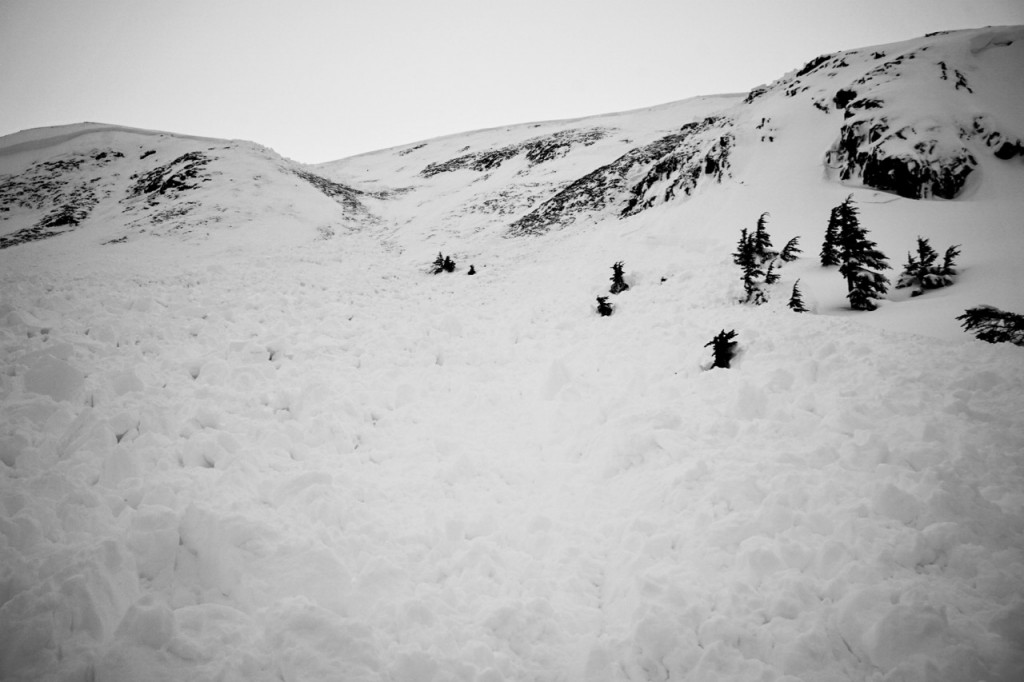 Looking up slide path from a mid-slope bench, likely location of riders when caught 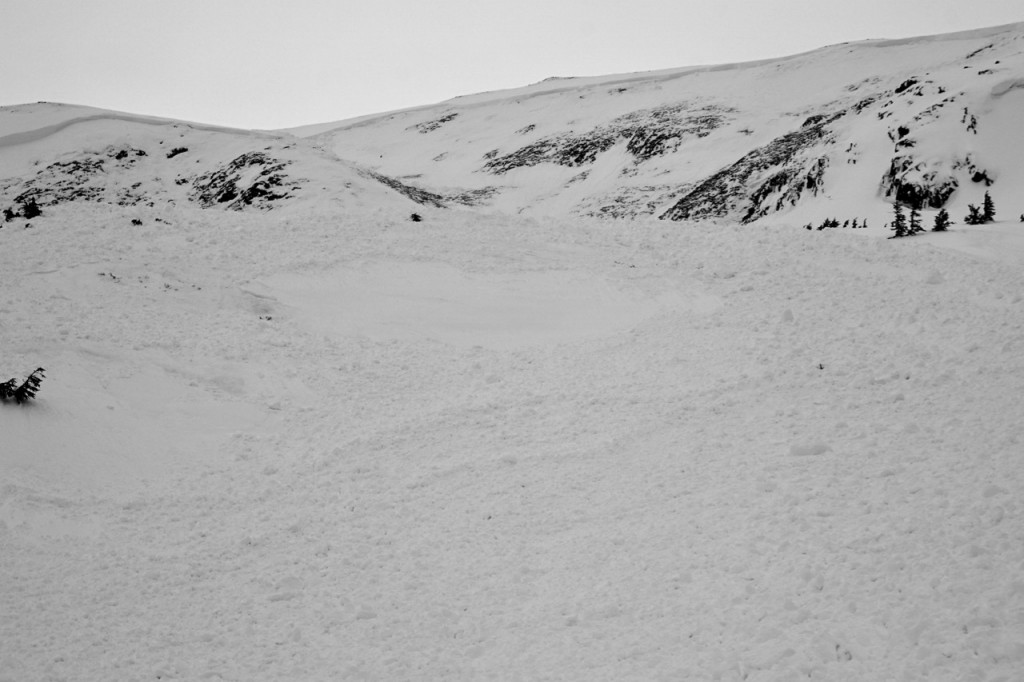 Zoomed in look at the center of the main path 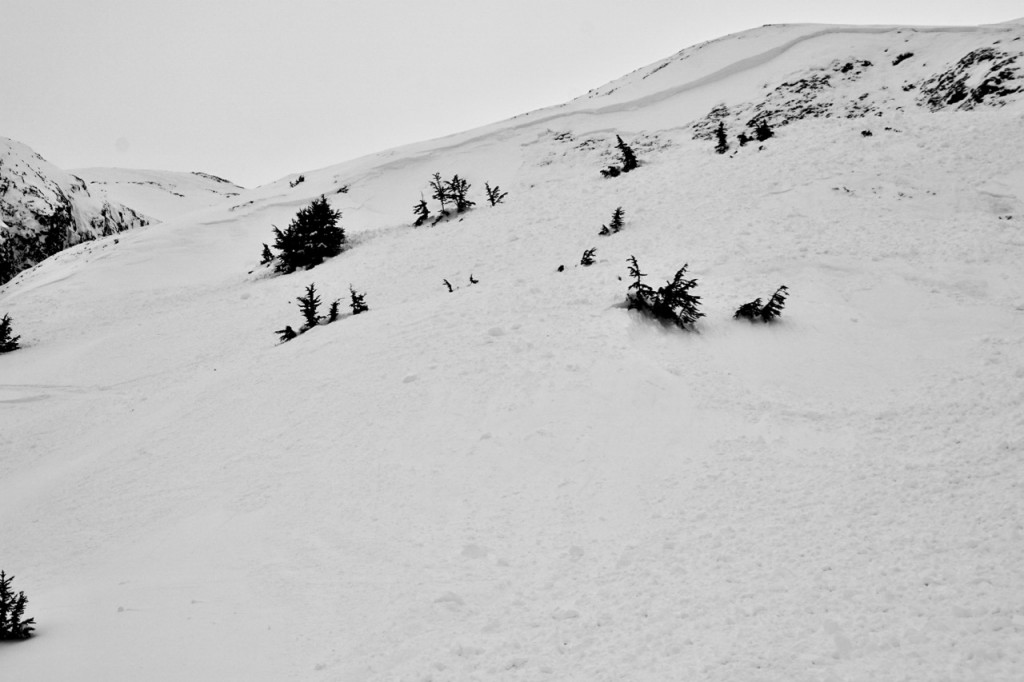 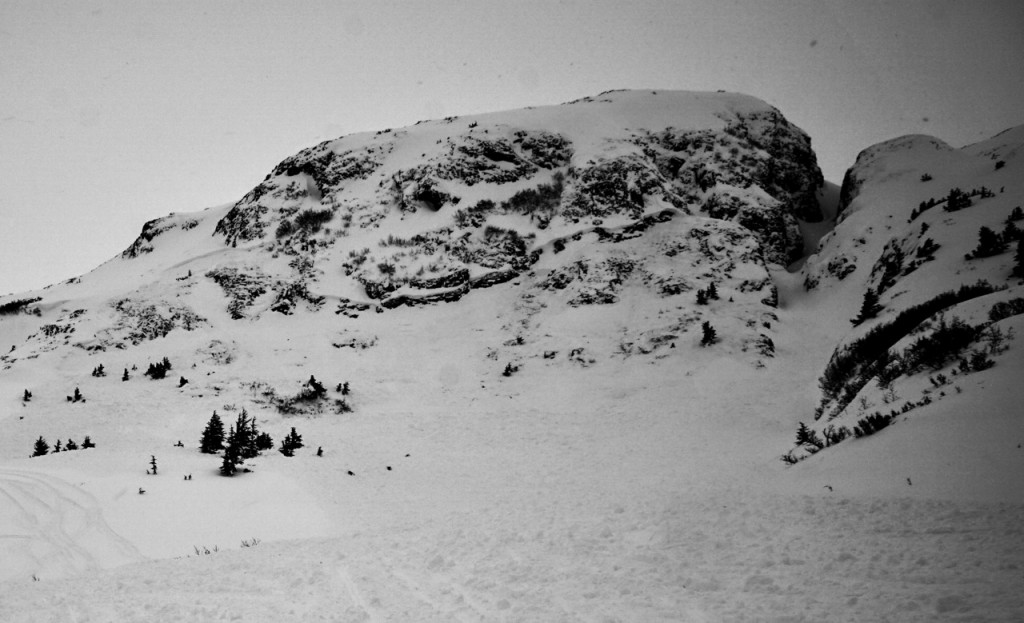 Likely connected, or sympathetic, release of this slab underneath the cliffs that sit to the far looker's left of the slide path 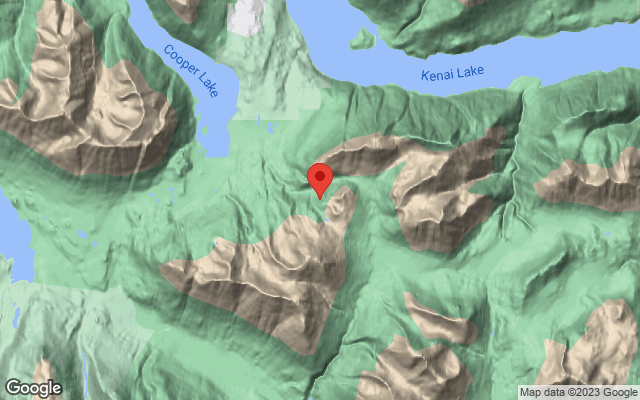