This is a follow up observation for my obs from the Skookum Glacier on Sunday, 2/18. On Monday, 2/19 we went back up the Skookum. On Sunday we had been limited by poor visibility and as such chose a north facing couloir that had obviously flushed relatively recently. Yesterday, with better visibility we were able to see the crown on the face above both our pits. We dug another pit on the face above the crown:

There have been lots of huge naturals that have flushed terrain in the Skookum zone, but not everything has slid. Many crowns are still visible. Based on the amount of snow on top the debris, many of these avalanches are recent relative to new snowfall since they slid. 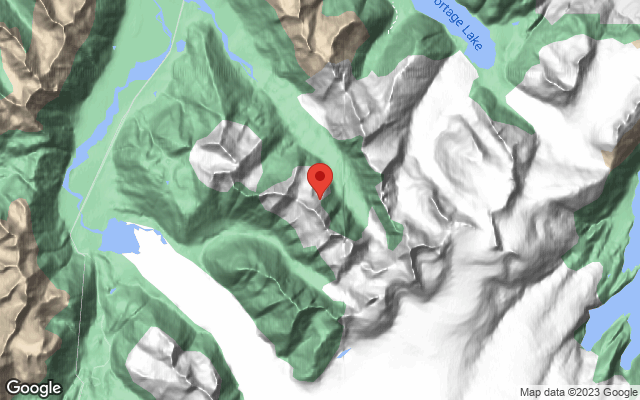