Toured up the main skin track from Skeetawk through the glades to above the alder line ending below Frostbite ridge. Hoping for ski some good low angle powder laps but conditions deteriorated rapidly as we gained elevation. NW winds progressively got worse as we toured up into the alpine with winds gusting up to at least 50 mph at times on the lower slopes below Frostbite, leading to blizzard conditions with near zero vis at our turnaround point.

Snow started out soft below alder line but transitioned to upside down with 4F windslab forming on the surface. Near continuous cracking/collapsing on the way up with several large whumpfs thrown in for good measure. Upside down snowpack made for difficult trail breaking both up and down. Ski pen was calf to knee deep, boot pen was thigh to crotch deep. Huge plumes coming off the high peaks loading E/SE faces. Winds were being funneled from the NNW/N lower down, cross-loading slopes below Frostbite.

Sun came out as we were heading down and we noticed most of sunnyside 4068 had debris from the natural cycle a few days ago. 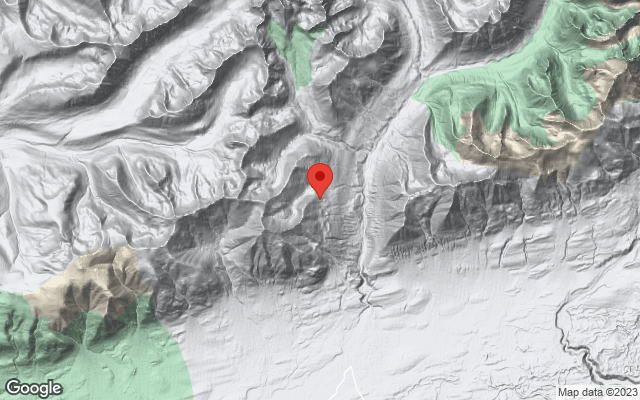