We dug two seperate test pits today, The first was on a North Aspect @1700ft
CT23. The second was on a East Aspect @2000ft CT24. Fractures were hard to
initiate and failed in the “hard” category. They both failed at around 40cm
below the surface on a density change from fist on top to 4finger below. They
both exhibited average shears Q2 and did not pop off the column with much
enthusiasm. We could not detect any buried surface hoar at this interface.
Buried surface hoar continues to be sporadic in it’s placement,so it continues
to be wise to check the slopes you intend to ski.
We will see if the layer found on the surface today will survive long enough to
get buried. 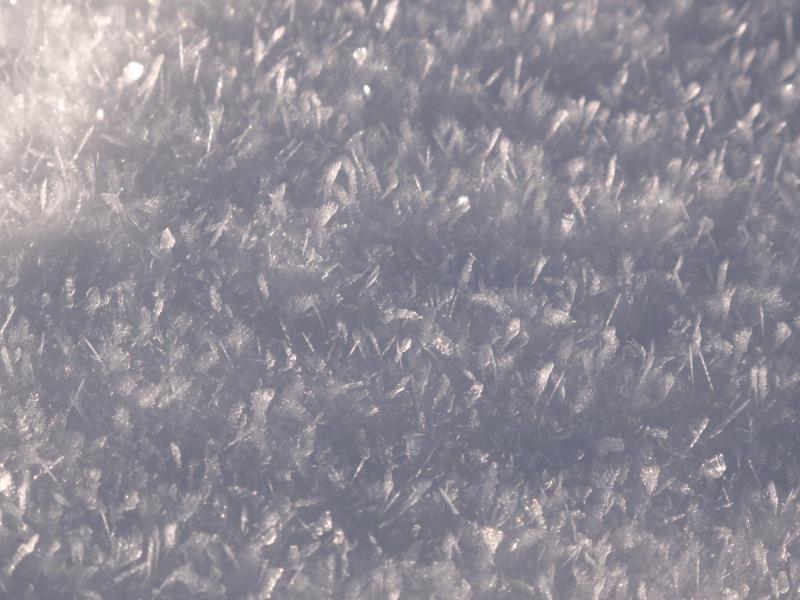 The entire northern ridge leading up to Silver Tip's summit was covered in a fresh new layer of surface hoar overnight. The biggest feathers were found at high elevations ~4000ft and up. 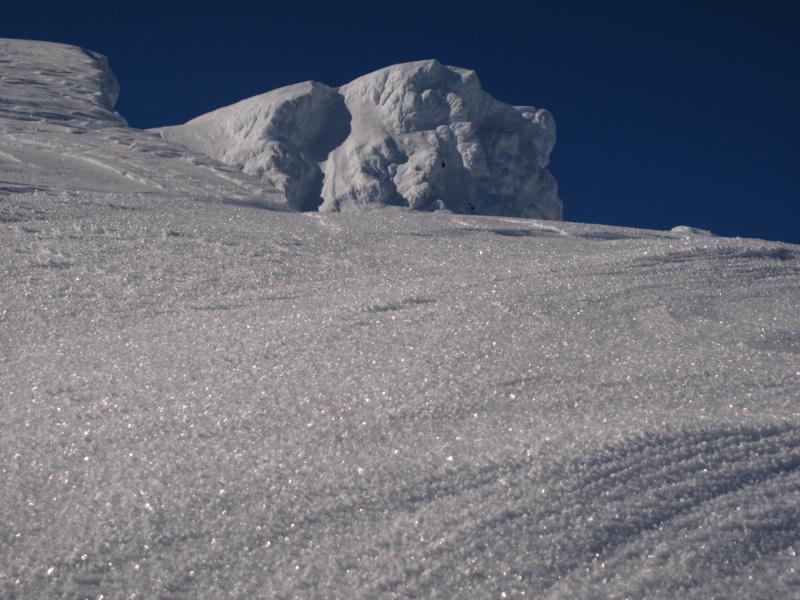 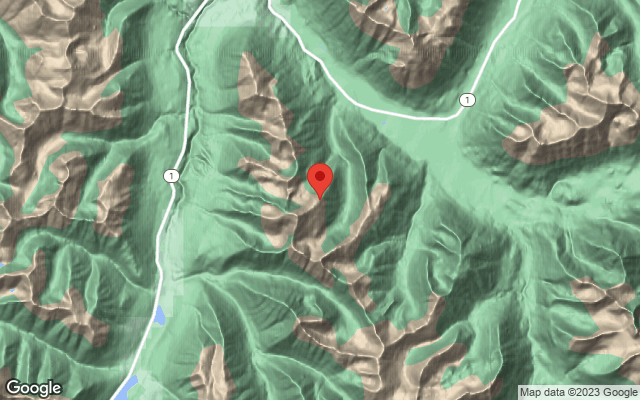