Our group was skiing down a NW aspect of Silvertip at about 3800′ late in the
day on Sunday. I was the first one down and after traversing to the North to
avoid a rock band began making turns towards the bottom of the slope on a slight
rollover between 35-40 degrees. lots of surface sluff was coming down with each
turn, and on one a slab broke loose on the most recent storm snow, about 10-12″
crown face 40 yards wide and ran about 100 yards down slope. Being near the top
of the slide it was possible to self arrest and let the debris carry down slope.
If the crown of the avalanche had been further up slope it might not have been
so easy. The second skier down also triggered another 10′ release in the same
pocket. The prior day 3/30/13 on a north facing aspect near Manitoba our test
pits had results of ECTP9 Q2 and ECTP11 Q2 on the same layer 10″ down, but there
were no slides when skiing that aspect. 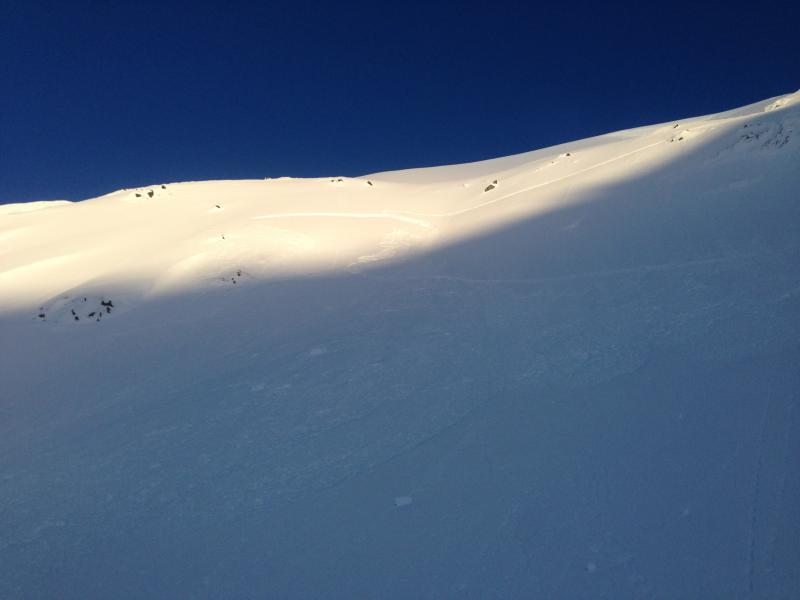 Small skier triggered avalanche on NW aspect of silvertip. Skier traveresed in from right of image and triggered slide on turning, was able to self arrest in shallow 10" slide debris. 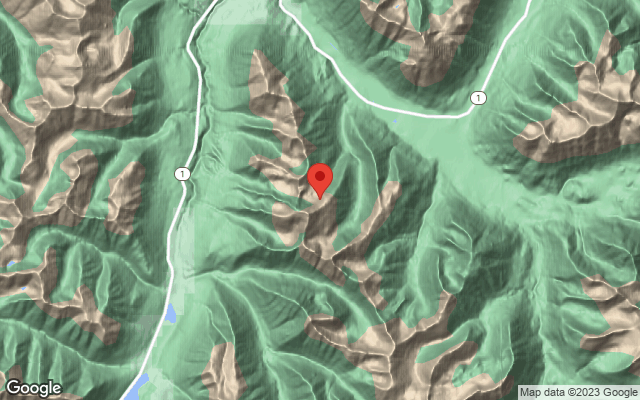