Weather: Snowfall rates were intense between 10am and 1pm, then tapering off to
showers by 3pm. Winds light to moderate out of the East. Visibility improved
slightly by afternoon up to 1/2 mile. Temps were mild, in the low 30s

Pit results:
Test pit @ 1,900′, W aspect, 30 degree slope showed a crust 50cm down lacking
an associated weak layer above or below to be non reactive in strength tests.
Layer of concern was 30-40cm down within the storm snow. Low strength, low
propagation potential.

Test pit @ 2,200′, W aspect, 35 degree slope also showed layer of concern within
the storm snow. Crust was less developed at this elevation and had no obvious
layers around it that were reactive.

Storm snow was definitely the primary concern in this location today. Snow was
sliding on slopes above 35 degrees with some encouragement (couch sized
cornices). Wind slabs were a close second, and we were able to release 8-12″
wind slabs on small steep rollovers with ski cuts. 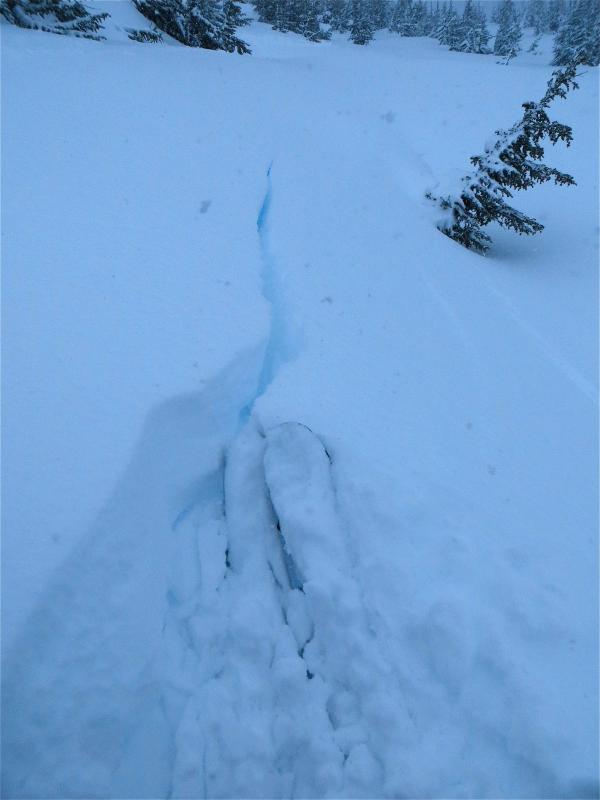 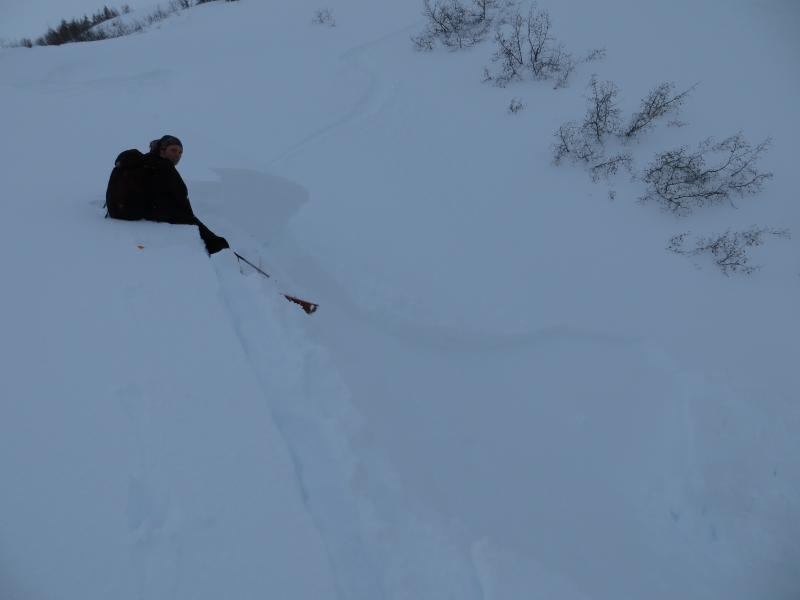 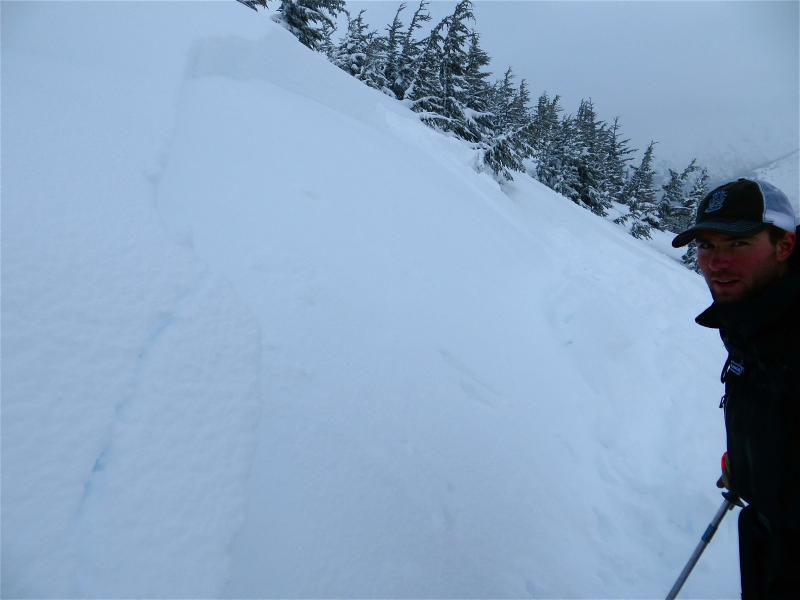