Toured up and skied the east face of silvertip. Beautiful day with clear views of the volcanoes across Cook Inlet, Denali, and the Northern Chugach. Good skiing too. We had a great time.

We observed numerous d1.5-2.5 avalanches that failed on the basal facets that we suspect ran in wind loaded areas during the previous wet and windy storm. Most were on north and west slopes between 2800’-4200’ and were the full depth of the snowpack. They were in featured terrain, below ridge lines, or in shallow rocky zones.

We skied a few hundred feet down the ridge from the peak to skirt around thinner snow with exposed rocks. We still managed to find some shallow rocks and the second rider made a small (100’ wide) but full depth (1.5’-4’ deep) avalanche.

There were no obvious signs of instability. We witnessed numerous older avalanches and suspected that avalanches could be touchy in shallower rocky areas. It seemed that weaker snow at the bottom of the snowpack was waiting for a trigger in this zone.

Valley fog starting out and cold, around 10f.
We climbed above the fog at around 2000’ to beautiful December sunlight.
Temp in the teens with winds light and variable, blowing west 10-15mph above 4500’.

Some riming down low in the fog zone, and some good sized (up to 1cm) surface hoar observed. 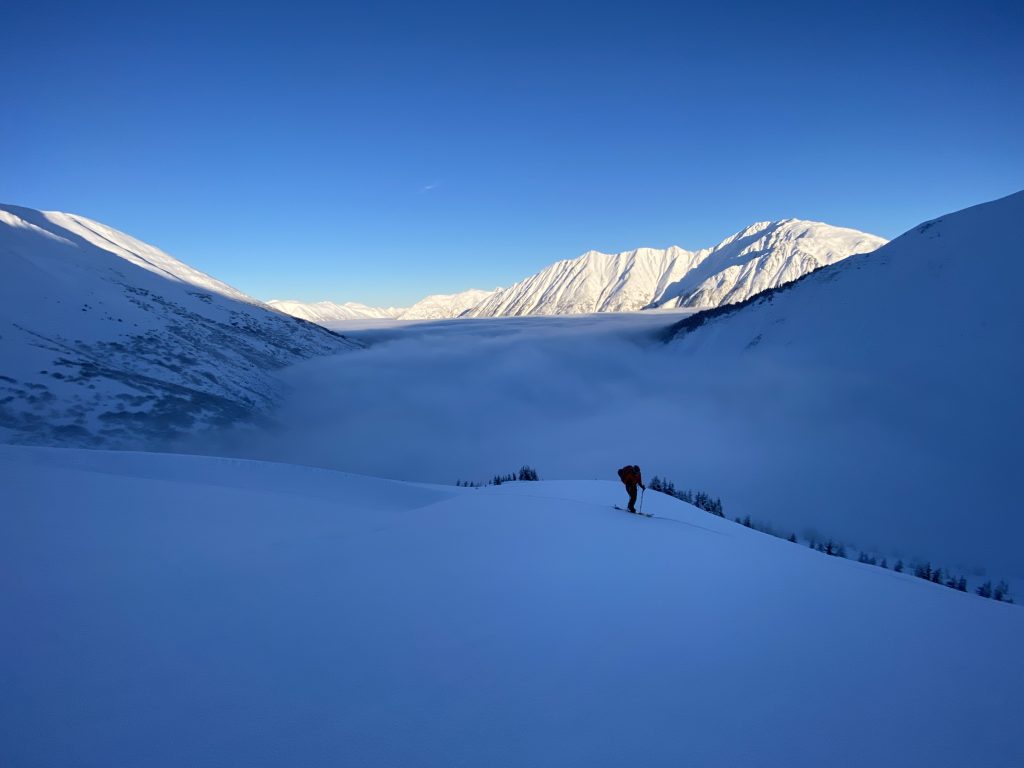 Up above the fog. 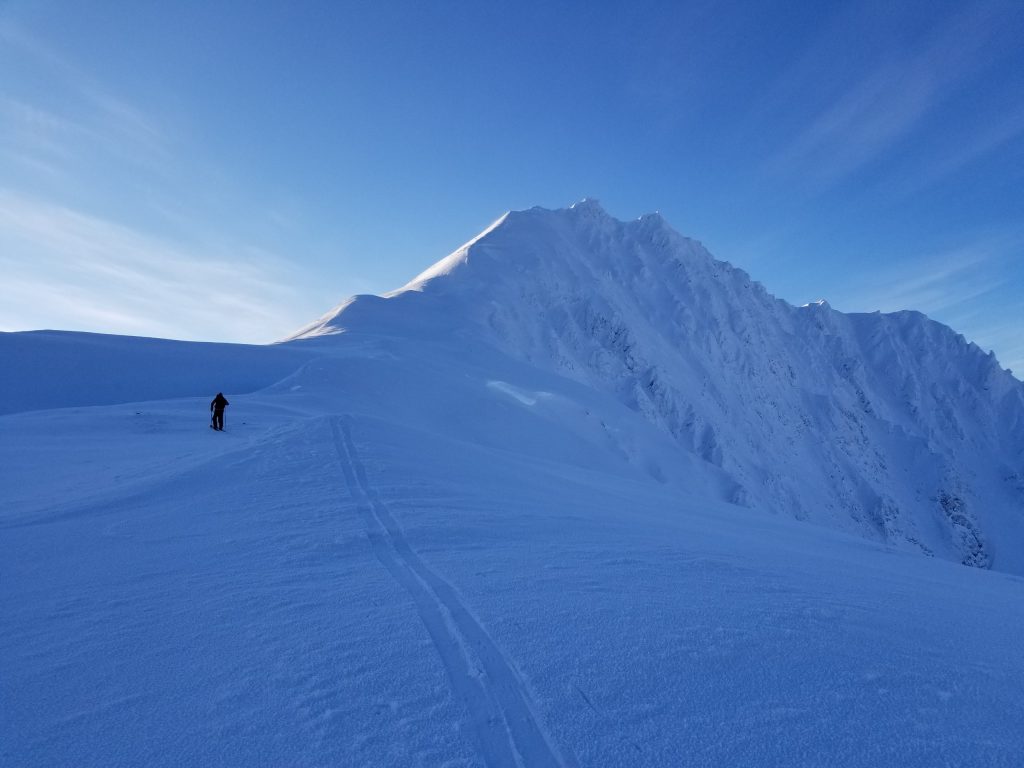 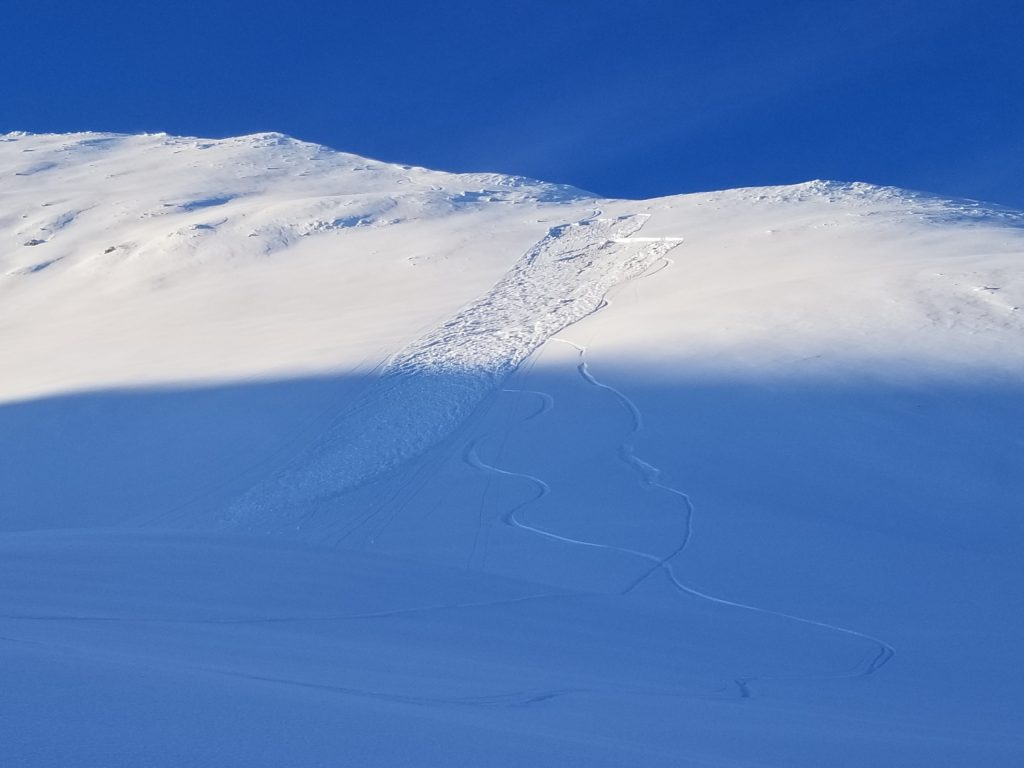 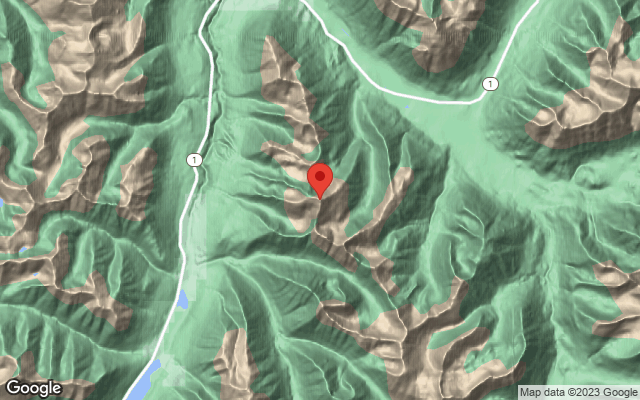