Ascended N ridge of Silvertip to about 3000′ via Silvertip Creek drainage. No obvious signs were observed within this drainage. There was recent wind slab avalanches one ridge over on a NE aspect (observed yesterday from Johnson Pass trail head.) Old debris was observed in many steep and/or channeled terrain features, all from past storm cycles.

Small localized cracking under foot, no shooting cracks in 4" wind slabs between 2500-3000' along the N Silvertip Ridge.

8" of loose settled snow is sitting on a firm melt/freeze crust to about 1600'
Light wind skin until ~2000' transitioning into stiffer 2-4" thick hard slab/sastrugi above.

Dug a pit at 2500' on 25 degree slope on a NNE aspect along Silver tip ridge in a wind loaded area that was supportable and hallow sounding. The height of snow 275cm and average depth in this area was 180cm. Our pit was only 90cm deep, we did not dig to the ground. We found a 4" hard wind slab that failed on isolation in Compression Test and propagated with only 4 taps in Extended Column Test. The snow was 4F hard just below this layer. We found the Feb.9 buried surface hoar layer 65cm below the surface which failed in Compression test with strong force (CT25) and did not fail in ECT. The buried surface hoar was between 3-5mm in size and was not standing up in pit. It was sandwiched between two pencil hard layers. 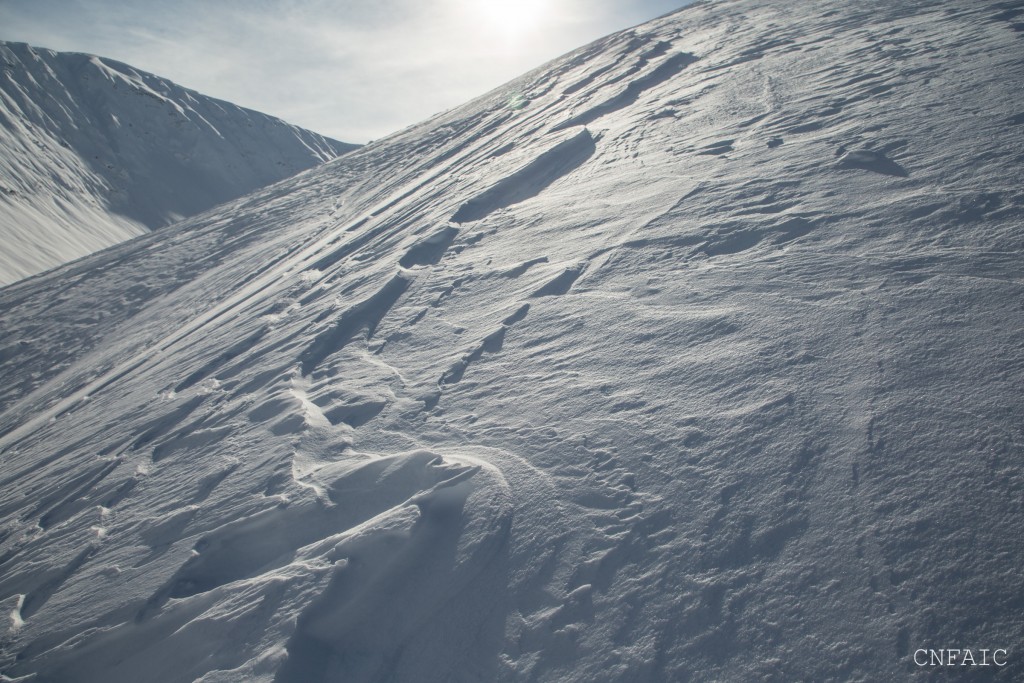 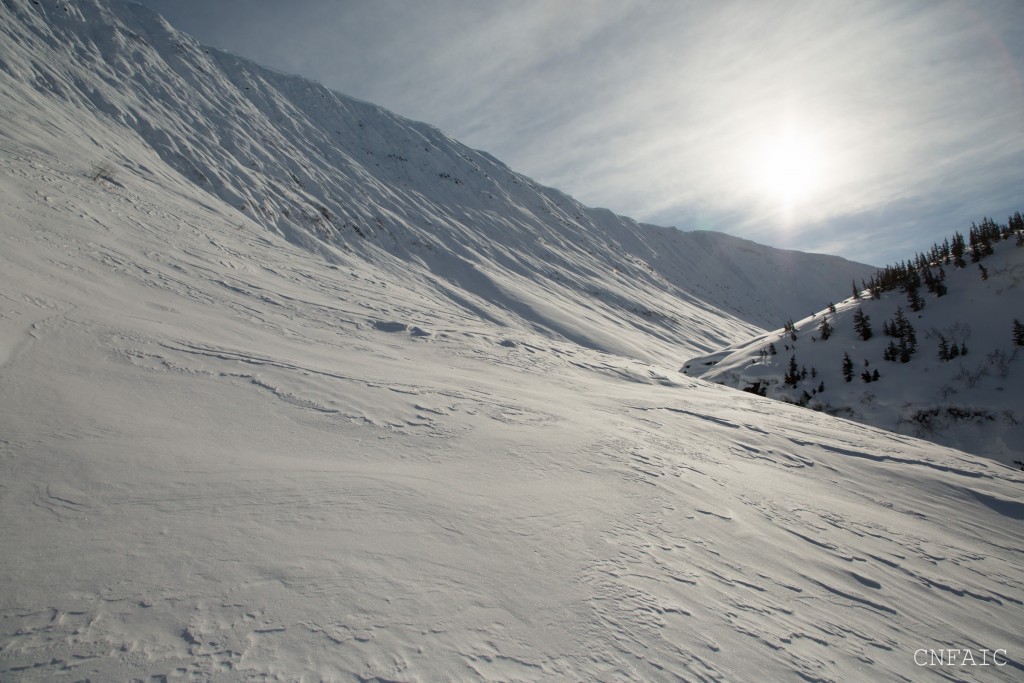 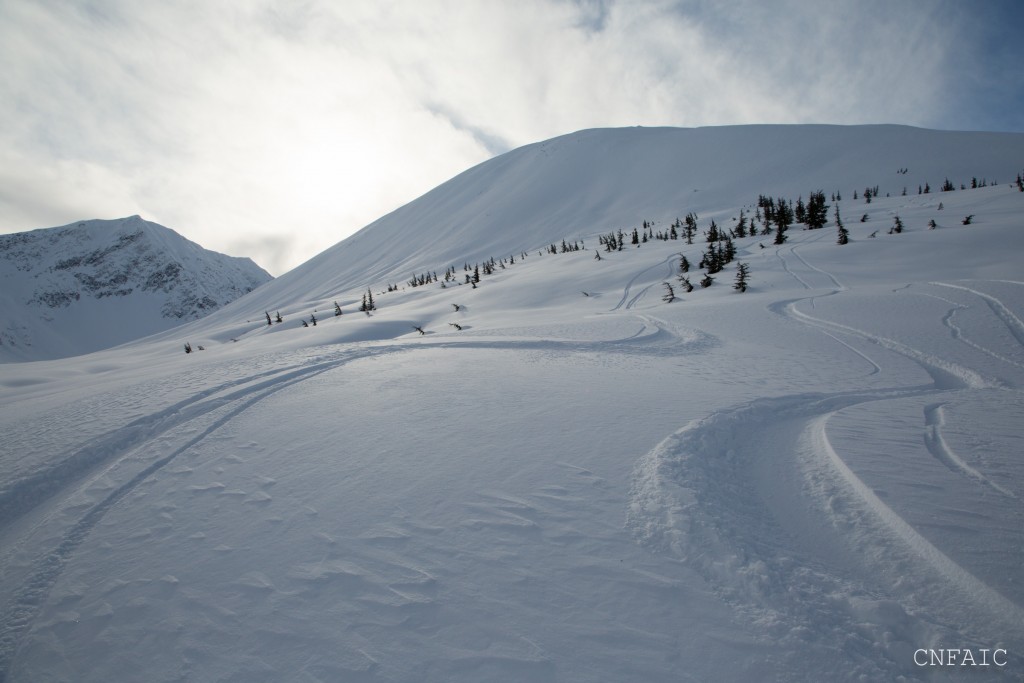 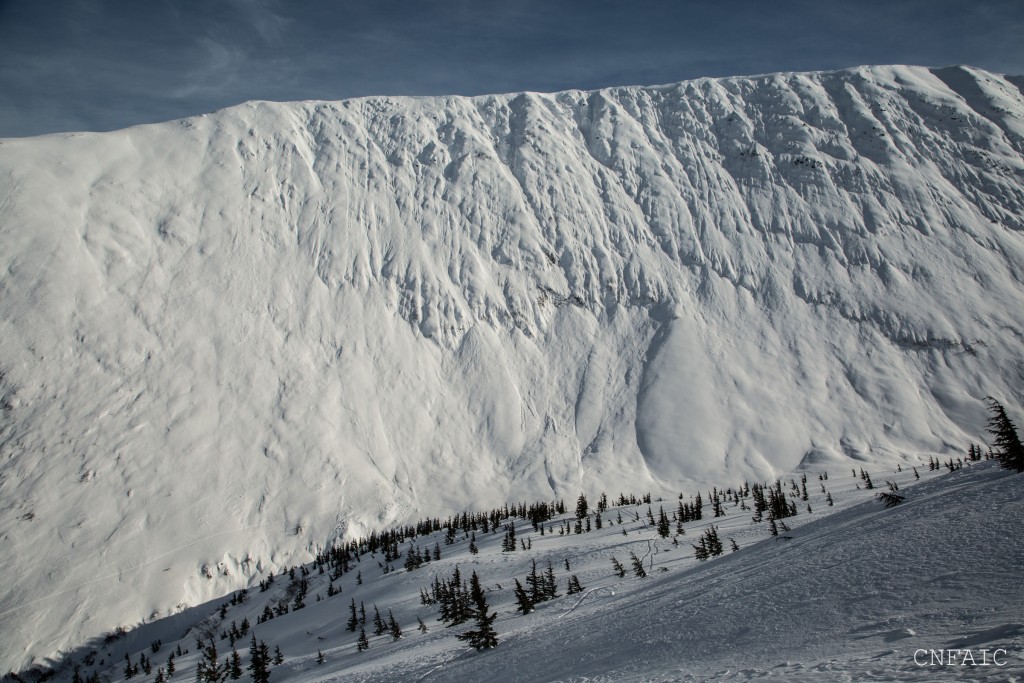 A view looking back at the SW facing slope adjacent to N ridge of Silvertip, no recent avalanche activity was seen on this aspect 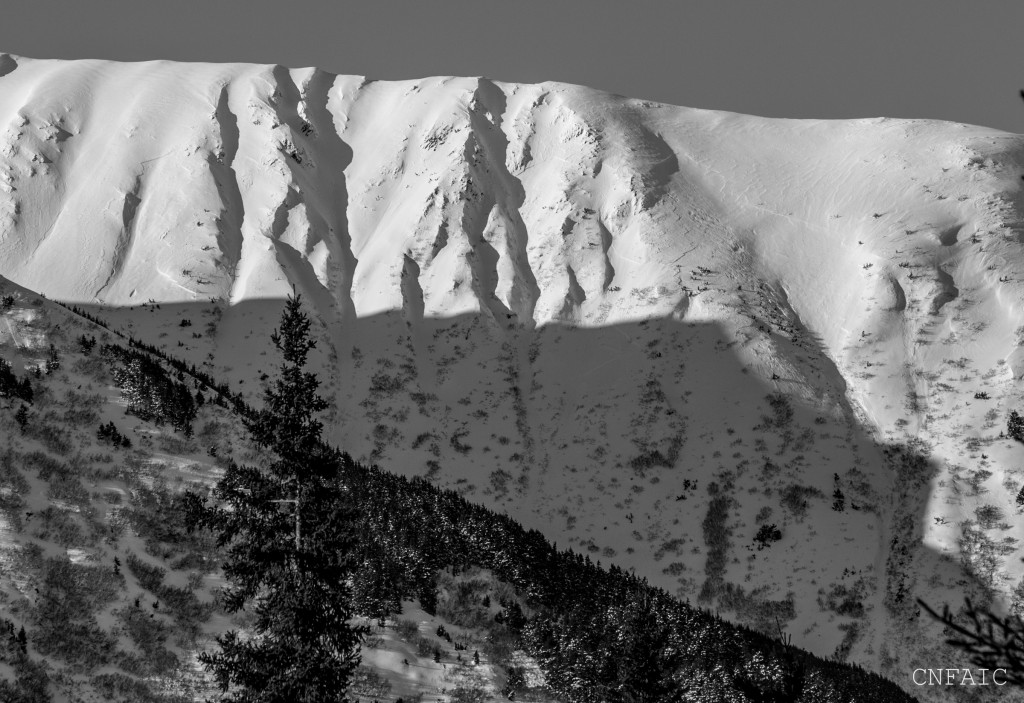 This is the opposite side of ridge in the opposite photo, taken from Johnson Pass trail head. Several large wind slabs were observed yesterday 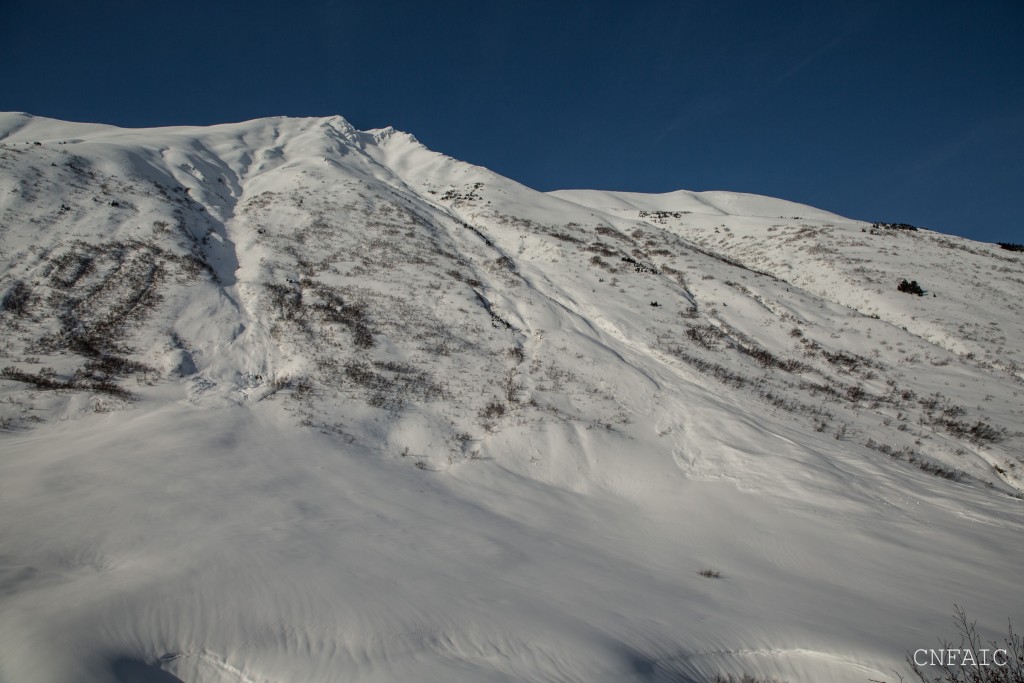 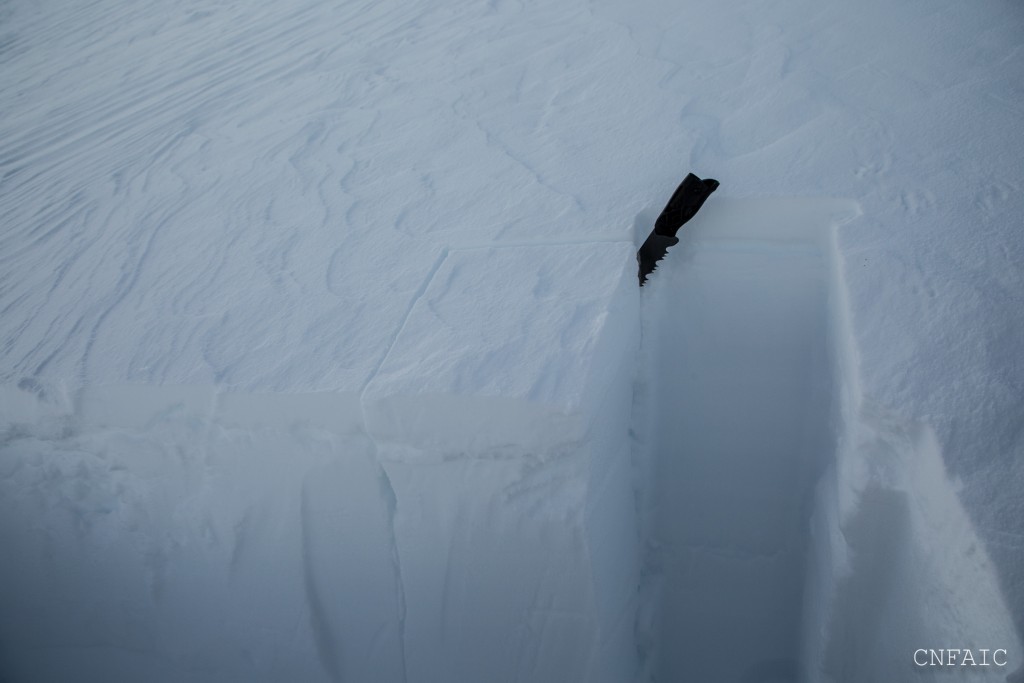 Wind slab that failed on isolation of a compression test at 2500'. The snow below this hard slab was very loose and soft 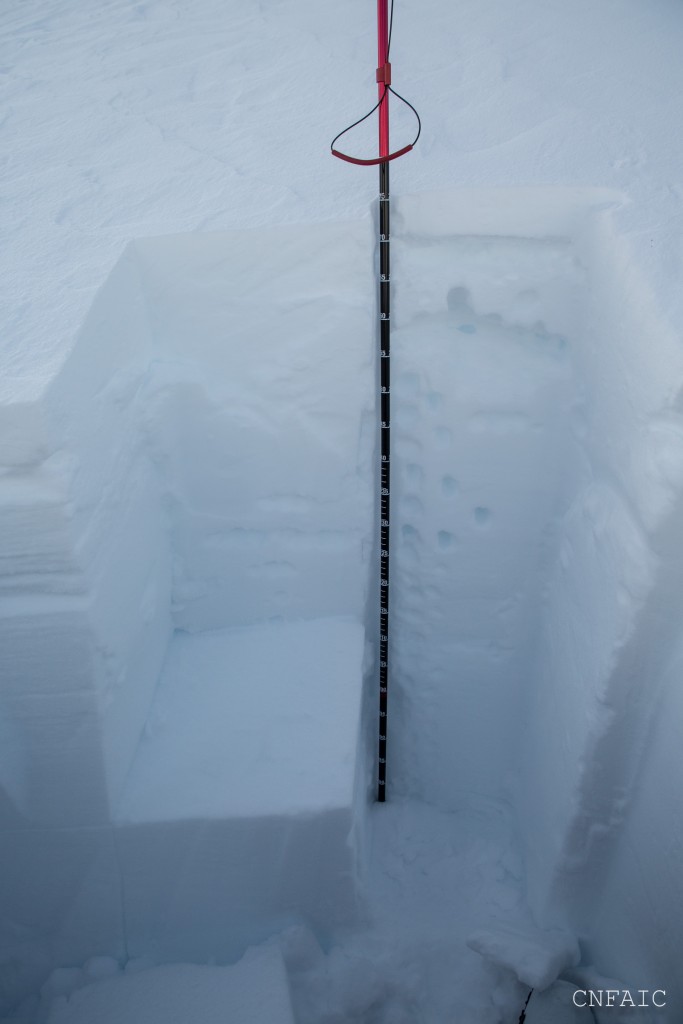 Feb.9 buried surface hoar layer was found 65cm below the surface at 2500' 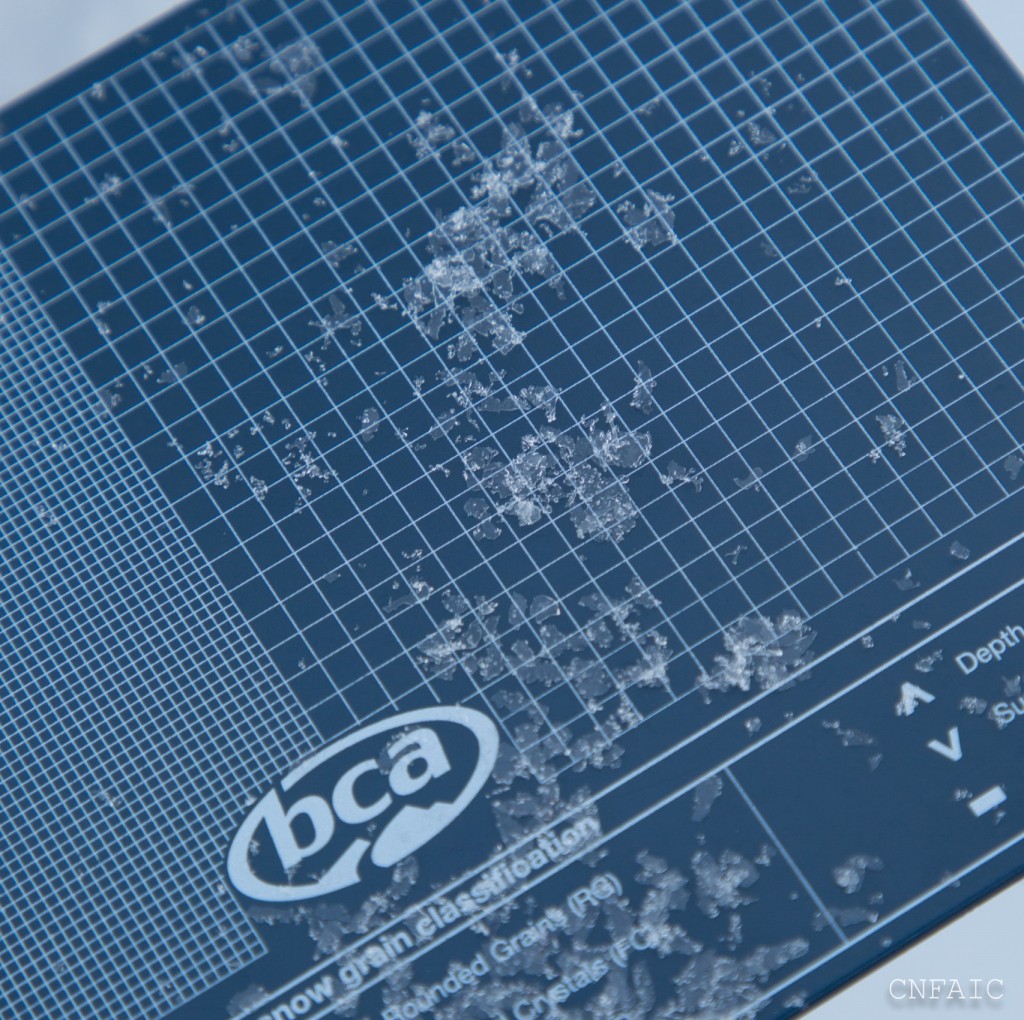 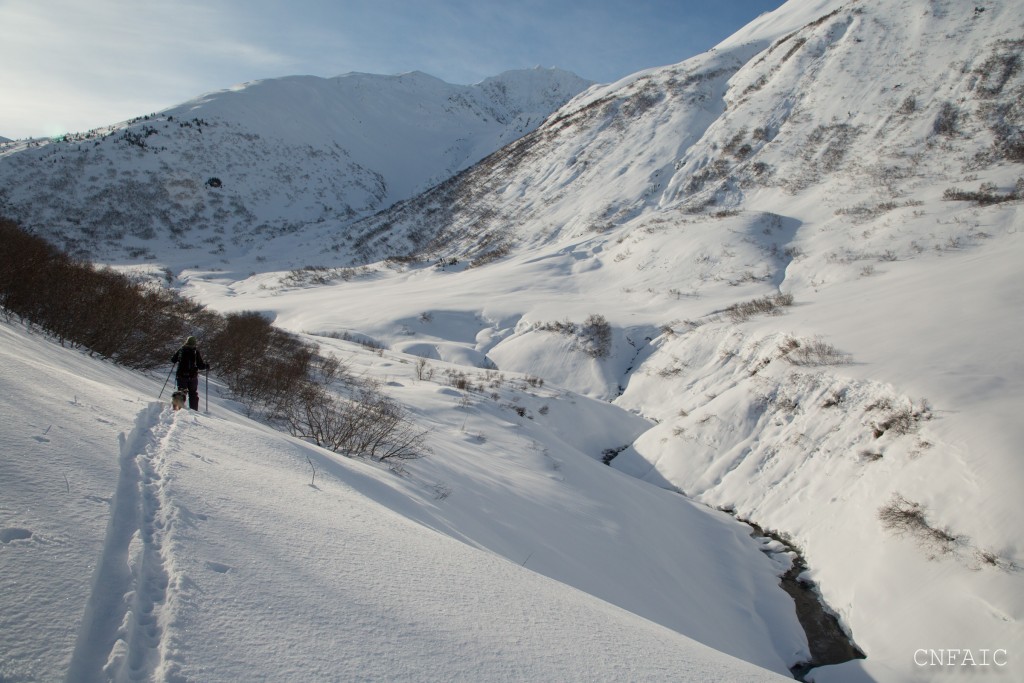 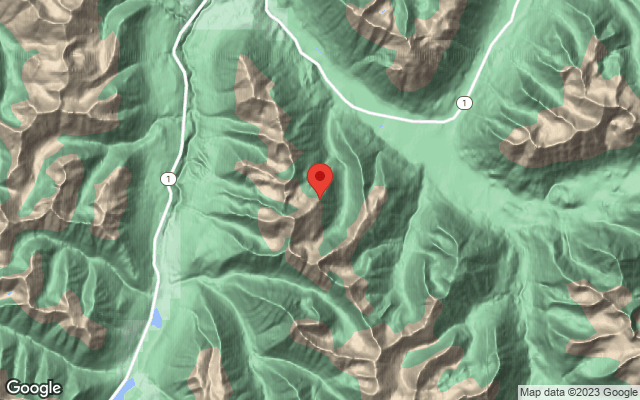