On Sunday, December 13th we toured up Silvertip following the creek, then skinning up the north ridge towards the summit. We stopped a couple hundred vertical feet short of the summit due to uncomfortable weather. We then skied down the east face to the valley floor.

Above 2,000 ft ASL we found about 12 inches of new from the previous week. Following the north ridge up there were strong easterly winds that caused significant and ongoing windloading of western terrain including visible snow plumes along the ridge. These windslabs were very sensitive where they sat on a hard base (shooting cracks, switchbacks breaking off). Skiing down we found settled creamy snow with no signs of instability on the east face. Snowpack depth was variable and thin in spots. Minor faceting or surface hoar formation was present in the valley. 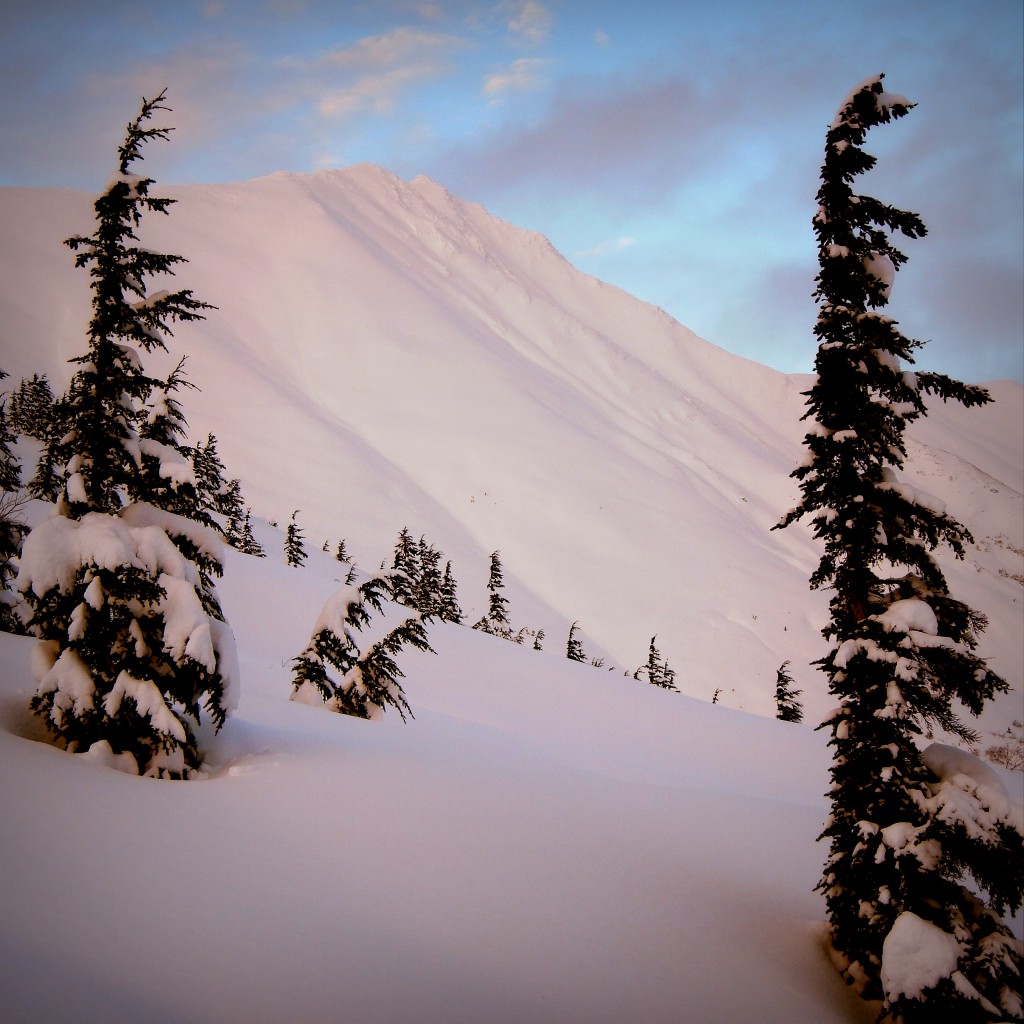