We toured up to about 3000′ on Silvertip and skied the east side of the main ridge going down to the creek. We dug pits at 1900′ and 2600′, and found a similar, but slightly thinner, snowpack to what we’ve been finding around Turnagain Pass. This chunk of terrain had clearly gotten hit hard by last week’s outflow winds and surfaces were variable.

We did not see anything alarming stability-wise, but there are a few layers of facets that will be a concern when we get a significant storm.

Partly cloudy skies with a strong inversion- it was 6F at the parking lot this morning ridgetop temps were in the 30's F. Winds were calm all day.

Variable. Facets with surface hoar on top in the lower elevations. Surface hoar was harder to find by around 1500' or so. Above about 2000', the snow had been hit hard by winds and there was a variety of stiff wind boards, breakable melt-freeze crust where the snow had been stripped away, supportable wind board, and punchy, breakable wind slabs. Great opportunity to develop your skiing skills.

Similar features to what we've been seeing around Turnagain, but a thinner pack. Total depth of around 2-3' at 2000', and 2-4' at 3000'. The October facet layer was hardly present in either of our two snowpits (1900' and 2650'). The Thanksgiving crust had facets below and above in both pits, but did not show any concerning stability tests (ECTX x2). 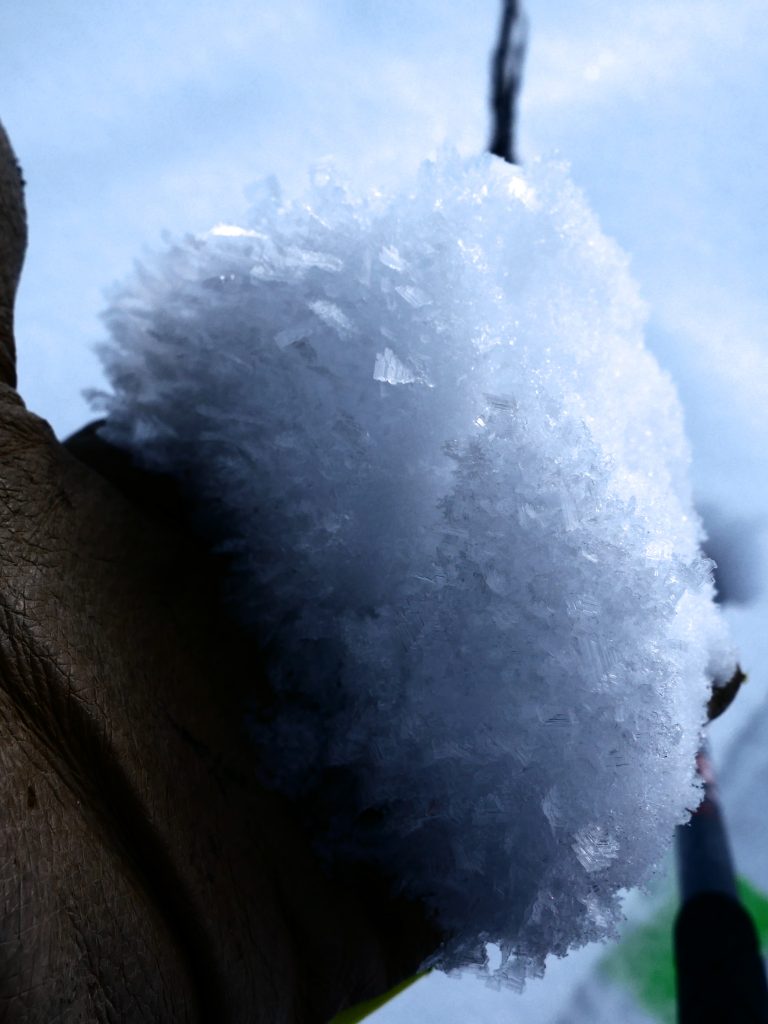 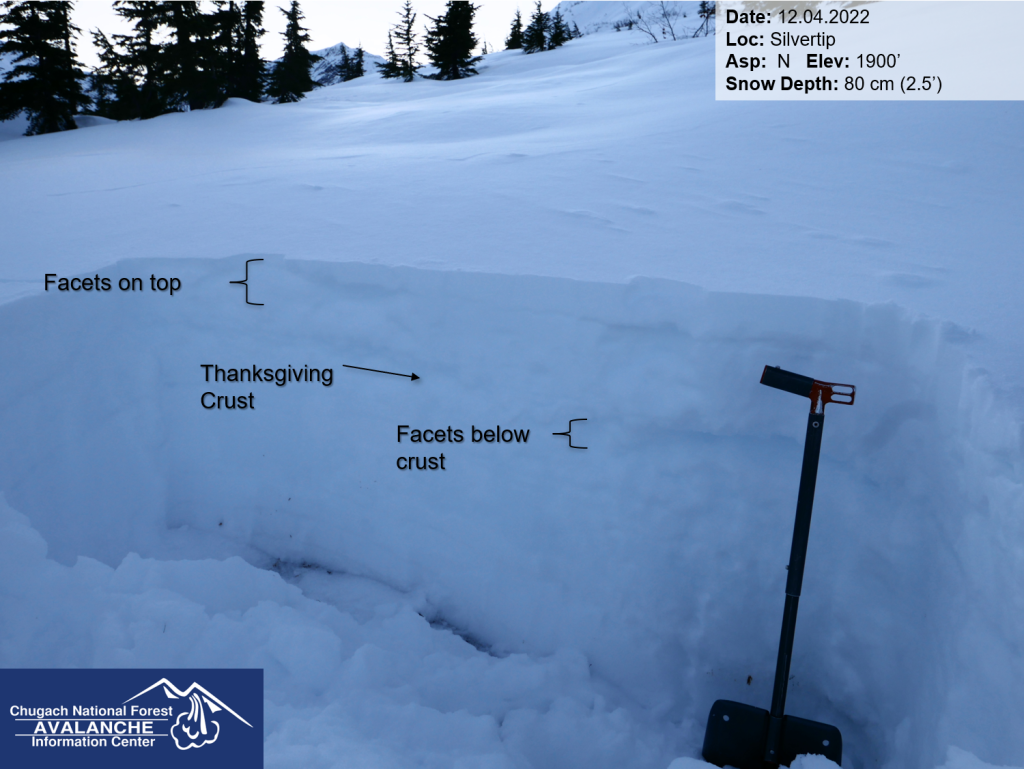 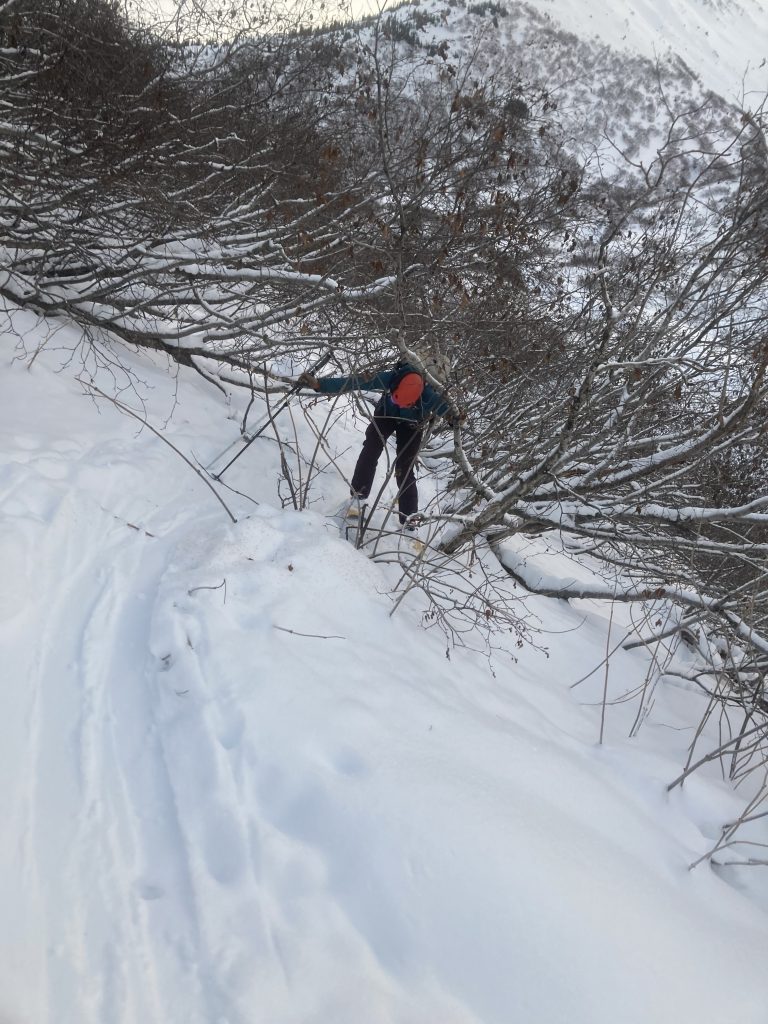 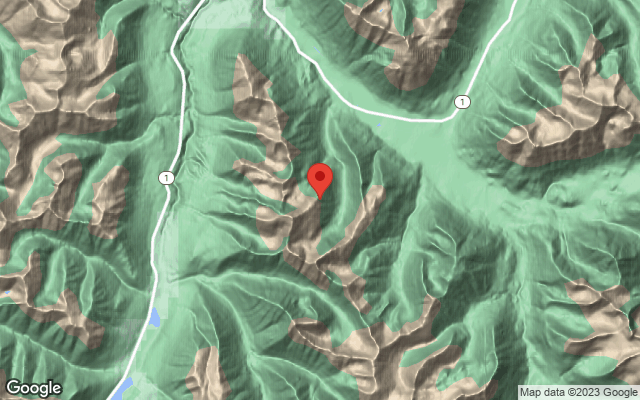