Toured up silver tip stopped around 4290 due to variable snow, and avalanche conditions.

There were many recent avalanches most of them were several day old soft slabs and likely occured during the sorm. However there were a couple wet loose under rocks on west aspects that likely occured yesterday ~2200ft

As the forecast predicted we started in the cold lower elevations and noticed it becoming quite warm as we continued up. Around 11:15 consistant strong winds began. We noticed the winds were only light in lower elevations during our decent. The sky was clear to few all day.

Lots of surface hoar below ~1500 ft the wind had not reached it by the time we left at 3:30. A melt freeze crust stuck with us for most of the day on the bright side this caused very minimal wind transport. At time we observed a thin 1-3 cm layer of near surface facets laying above the crust in mid elevations ~2000-3500ft. The layer was variable and did not exist everywhere .

Many on the go pole pranometer tests showed lots of variability in the snowpack. At times we would feel a slab over air. Other times the snowpack would be right side up. We dug two pits also with variable results: @4290/ E aspect/ 30 slope angle/ HS 61cm/ @12:40
-ECTN21@52 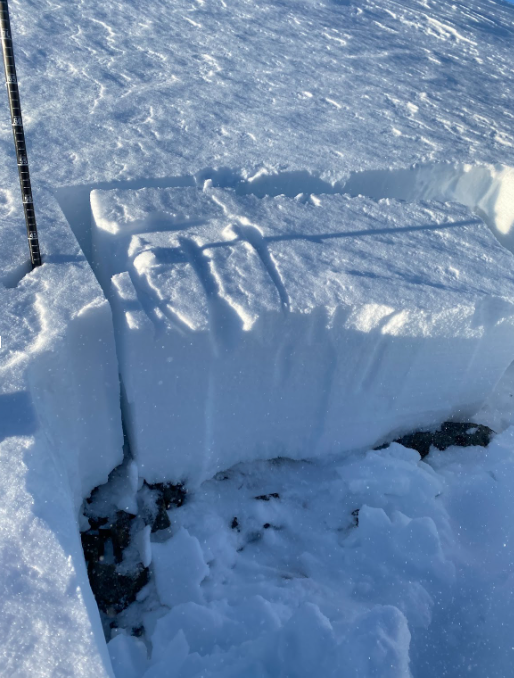 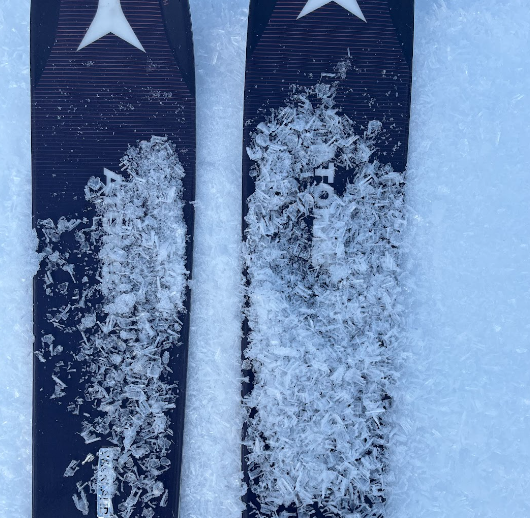 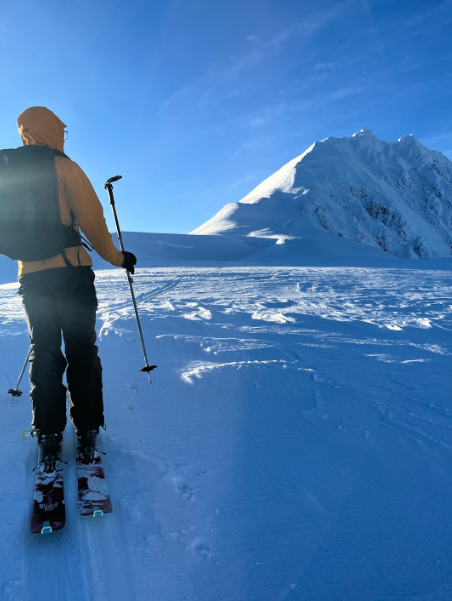 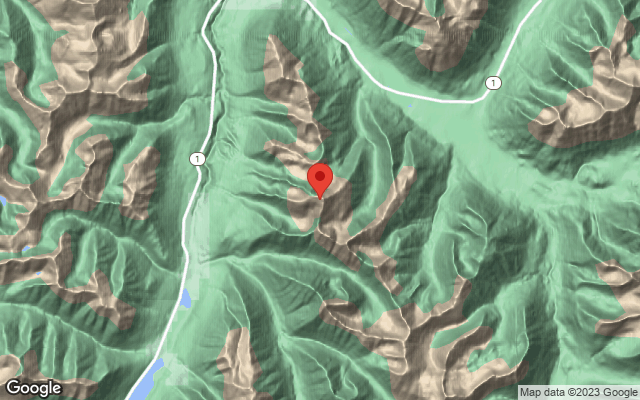