Very small wind pocket in a rock band caught and carried skier 25 ft vertical. Skier self arrested. However the debris from the small pocket caused a step down roughly 100ft vertical below were skier stopped pulling out a larger pocket. (See photos)

Thin wind scour snow pack at ridge top. Whumphing and collapsing in the low angle terrain. Initial avalanche failed in old wind layers. The more significant step down failed on the recent new snow/old snow interface at around 3000ft in elevation with a crown that varied from 10cm to 50cm. Multiple avalanches noted from this storm cycle off the south ridge of Taylor Pass and North Bowl.

Mostly cloudy skies with moderate SE winds.Temps steady in mid to high teens. Past weather notable for several inches of snow Friday into Saturday morning associated with strong SE winds. On Saturday winds shifted to the NW briefly from 7p to 1a with sustained teens and gusts to mid-thirties.

Total snow depths varied widely from 200+cm in deeper wind pockets and gullies, contrasted with a more modest depth of 60-90cm across much of the slope. The moderate to strong winds from the SE then the NW of the last 48 hours created a complex pattern of thin wind slabs on top of pencil hard strutugi/ground at ridge-top elevations with thicker bands of soft snow at mid-elevation. There was considerable spatial variability at these mid-elevations in snow density ranging from from 1F+ to F. The layer of facets at the base of the snowpack is not subtle and appeared widespread in the area adjacent the avalanche path. Depth of faceted snow varied from 10cm to upward of 60cm in test pits of total snowpack. 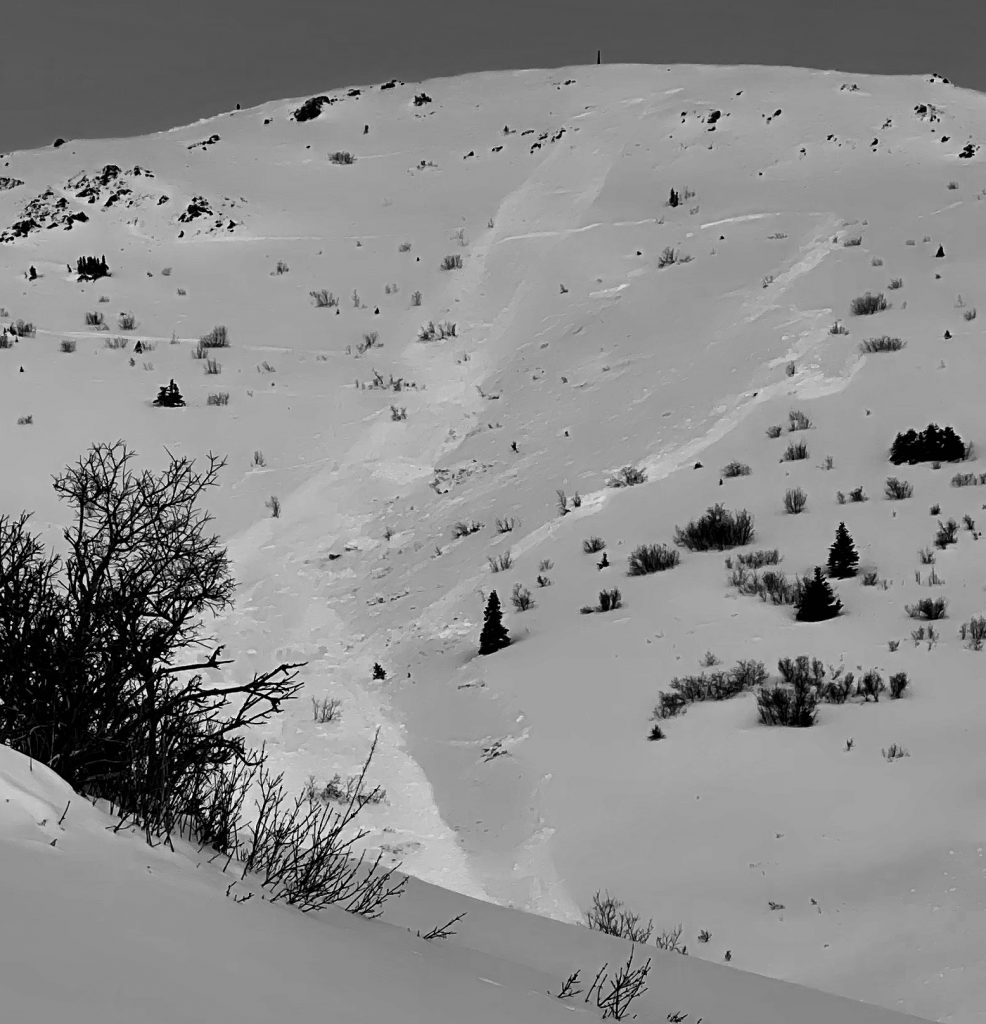 Big picture of avalanche. Note small start zone and the step down. 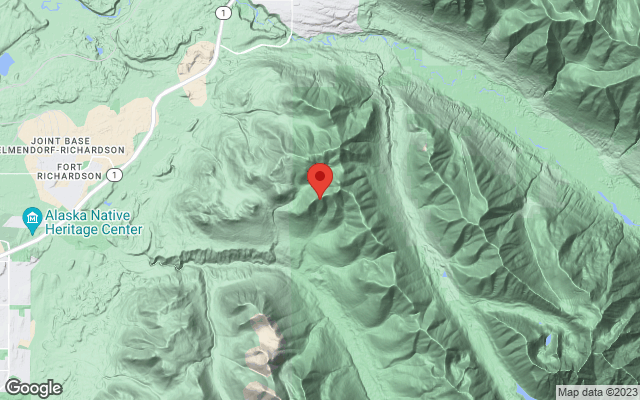