Alaska DOT crews continued to work along the Seward Highway today conducting
avalanche hazard reduction work. Check out the great video below put together by
John Fitzgerald and photos courtesy of AK RailRoad. Thanks guys!

Though a few powder clouds sweep well past the road only one avalanche actually
deposited any debris onto the road. This one was a natural with a small amount
of debris on the road (see the public observation from today for more on this).

Due to our warm temperatures and rain below treeline the snow is quite saturated
and wet on the lower portion of the slide paths. Above treeline and in the upper
start zones the snow is still dry. It is this dry snow where these avalanches
began and as they gained momentum created a powder cloud which ran ahead of the
debris. As the debris flew down the slope it ran into the saturated snow below
and slowed down dramatically – but the powder cloud overhead kept on going. The
debris slowed to the point it became channeled into gullies. Often (and as seen
in the AKDOT #1 video in Fitz’s observation from yesterday) the berms do a good job
of deflecting debris that makes it to the bottom. Of course, if there was not
saturated, wet snow to put the “breaks on” and the majority of the path was
filled with dry snow, avalanches of these sizes would have a good chance to
overshoot the gullies and berm and run over the road. 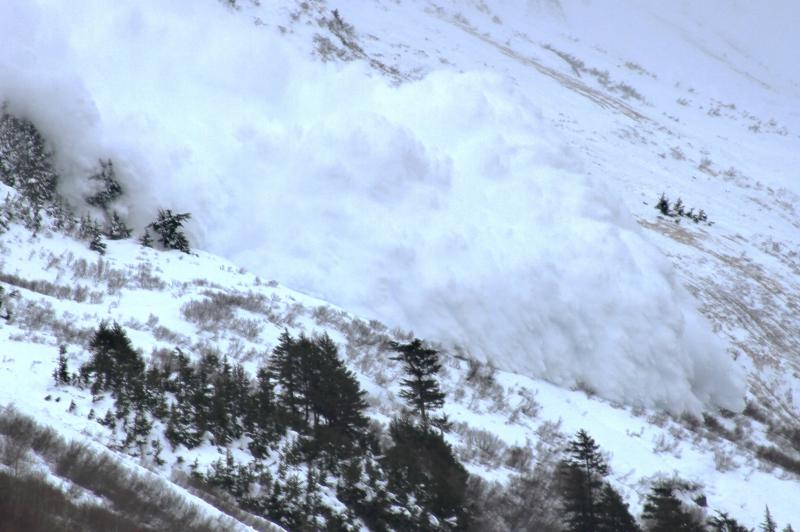 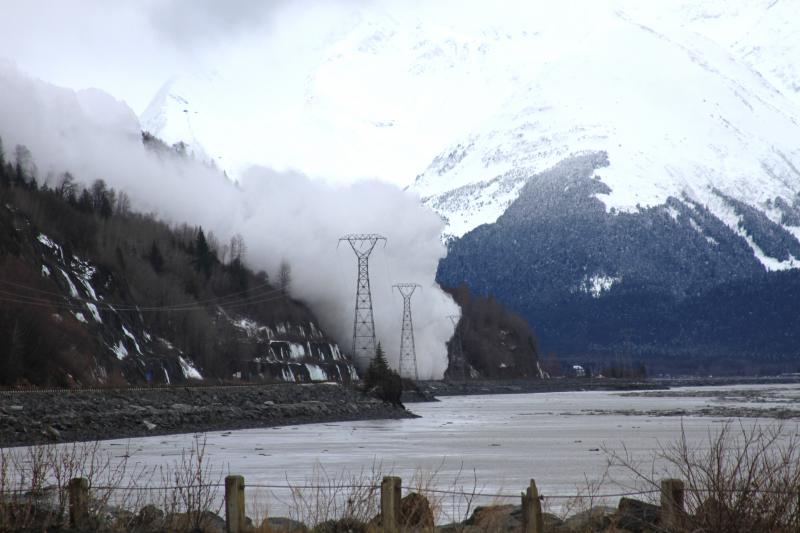 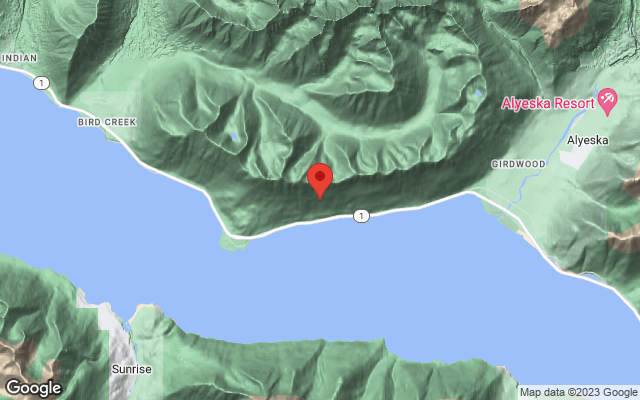