Monday January 7th, 2013
It was a classic storm day around Turnagain Pass today. There was very little
visibility on the Pass itself with 2 feet of medium to low density snow since
Sunday morning (past 36 hours). Reports from skiers and snowmachiners was snow
was deep and fairly light. The few folks out seemed to be sticking to the trees
and flats – out of avalanche terrain.

The AK DOT crews were also out today conducting avalanche hazard reduction work
along the Seward Highway. They were able to pull out a hand full of “relatively
small” new storm/wind slabs (2-4′ deep, 100-300+’ wide). But more notable was a
deep slab that was triggered in the 5 fingers path near mile 99. This is a
southerly facing start zone between 3500 and 4000′. The crown was ~6-10+’ deep
(full depth to ground), ~300′ wide and running over 3000′ (photos below).
Suspect weak layer is Oct/Nov facets. Also, Alyeska Ski Patrol was able to
trigger a 10-15′ deep slab as well. This was in Glacier Bowl and the weak layer
is still under investigation.

Limited visibility keeps the uncertainty high as to the extent of any natural
activity in the Turnagain Pass area. Even runnouts were mostly obscured. The new
snow came in with slowly decreasing temperatures and is likely stabilizing
quickly to the old surface. Wind slabs and sluffing were likely the most common
avalanche types today. However, it is the facets near the ground that is the big
question. How hard are these deep slabs to trigger now that they are buried 4-
8+’ deep? Were there naturals triggered by the past 36 hour load (2.5-3″ of
water equivalent) we just weren’t able to see? And the big question, how are the
mountains going to hold up when skies clear and people start venturing out of
the trees and flats? 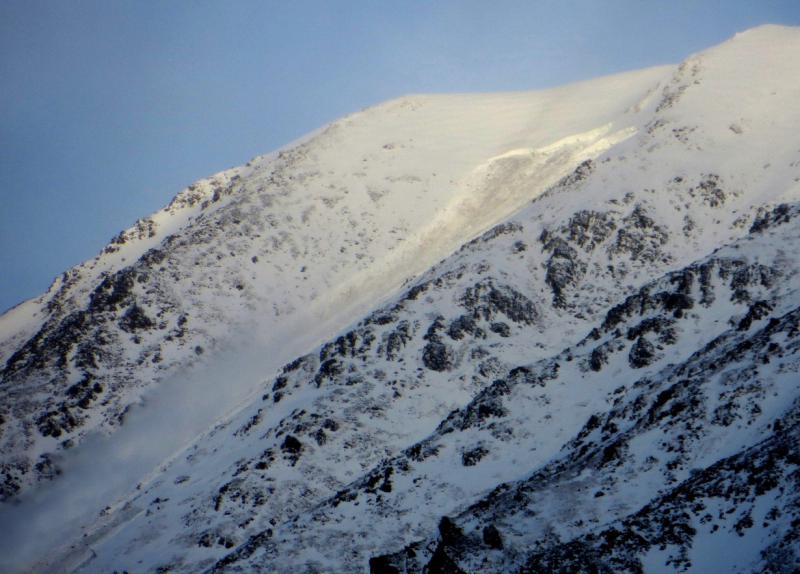 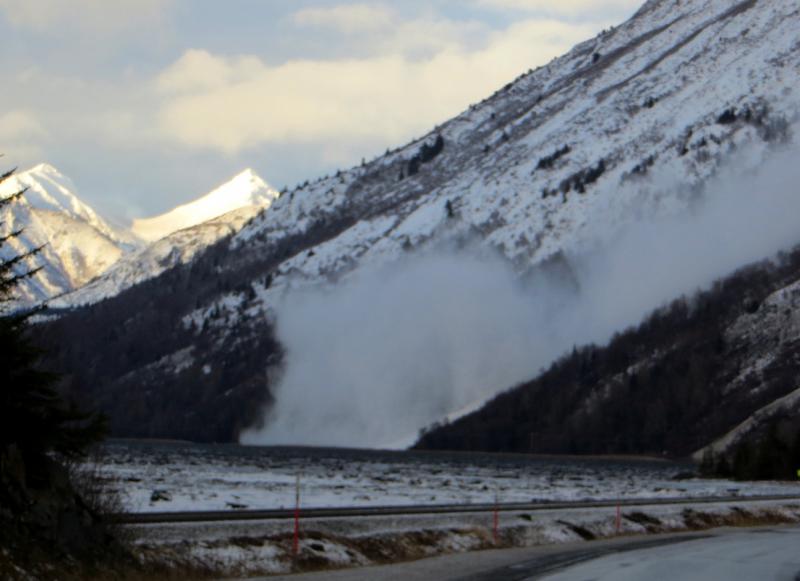 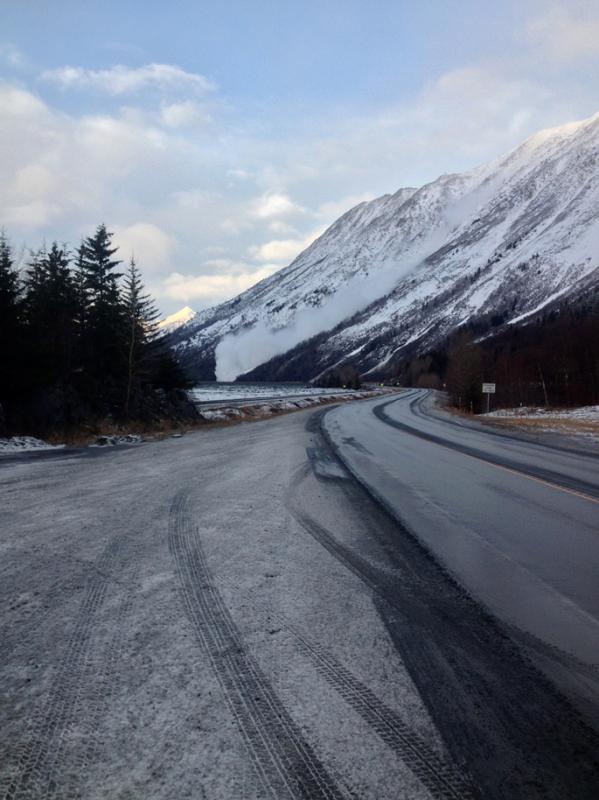