Rode up to the backside of Seattle Ridge to take a look at the avalanches triggered yesterday on Widowmaker and Jr’s slide paths.

A new batch of surface hoar is growing on the surface. 5mm-8mm in size.
Soft settled powder above 2,000'. Crust below 1,500'. Wind effect above treeline.

Today we focused on the failure layers in the three large avalanches triggered on Friday (2/1/19). These were the two in Main Bowl, Widowmaker slide path and one in Jr's Bowl which has two distinct crowns.

We confirmed that Buried Surface Hoar (MLK BSH) was the weak layer in all these avalanches. This weak layer is around 1cm in size. Note: MLK stands for Martin Luther King Jr. Day as this was when this particular layer of surface hoar was buried. Slab depths ranged from 1' to 5' in all crowns. The slab was soft on top and very hard, up to pencil to knife hard, on the bottom half of the slab. There was a thin glaze/drizzle crust (.5mm) on top of the BSH and a very thin melt-freeze crust below the BSH. These thin crust layers sandwich the BSH and it seems are playing a role in the reactivity on the BSH. Note: All avalanches triggered in the past 8 days in Seattle Ck Drainage were triggered from the ridge or top of the slope.

The Widowmaker avalanche wrapped around to the west and north. This propagation was impressive at it was 3,000' wide (estimate) and covered almost three aspects. No photo shows the significant scope of this avalanche.

One Pit dug in the same location as last week with similar structure. 2,300', W, 15 degree slope:
ECTP 15 and 19 down 50cm on the buried surface hoar.
This area had failure on isolation one week ago (ECTV) on the same layer. So, the layer is gaining strength, but still possible to trigger, which is what happened on Feb 1st. 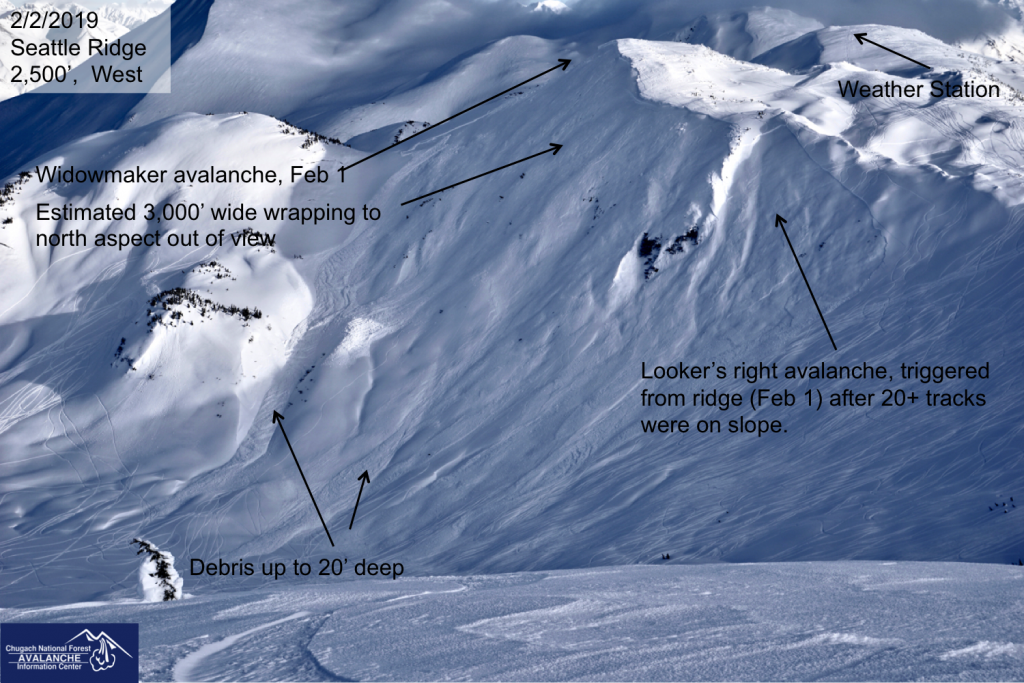 Incredible propagation in this avalanche, over 3,000' wide. Debris piled up to at least 20' in terrain traps. 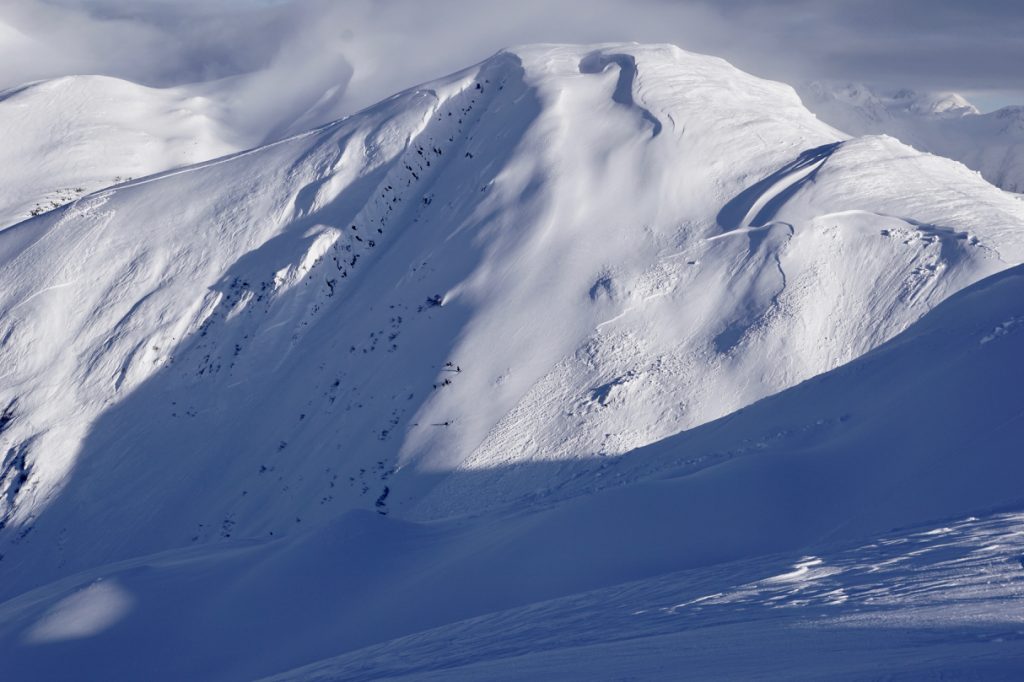 Jr's slide was two portions on both sides of middle chute. Slabs up to 5' thick and debris covered the valley bottom. 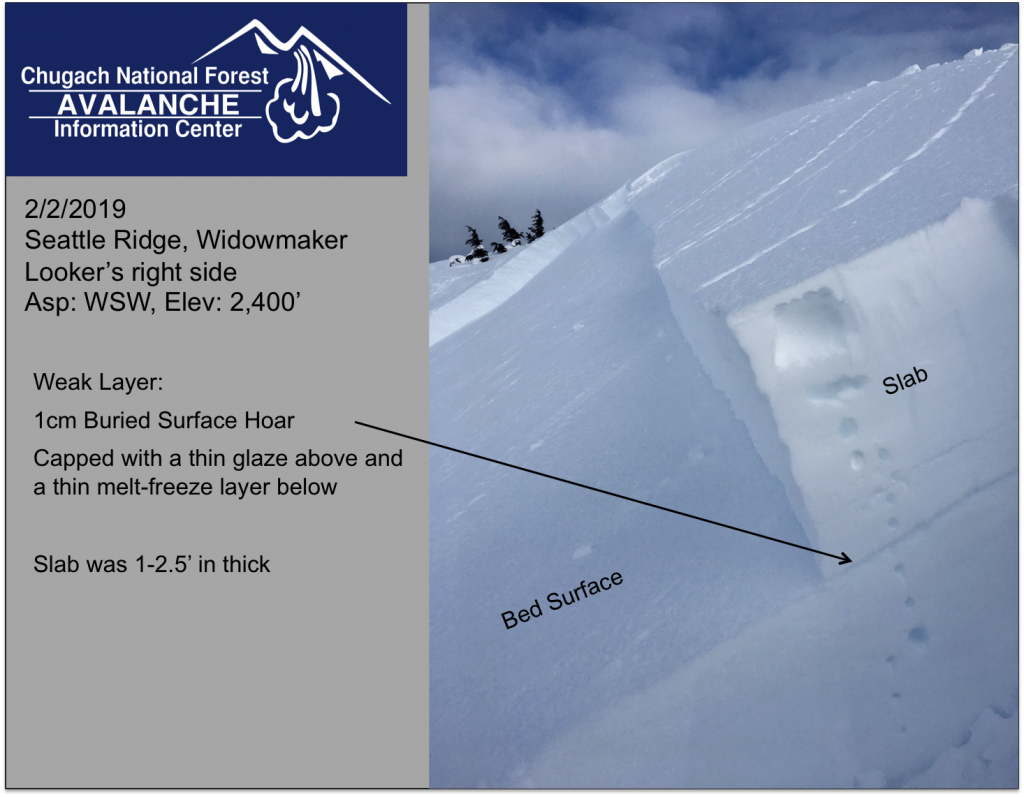 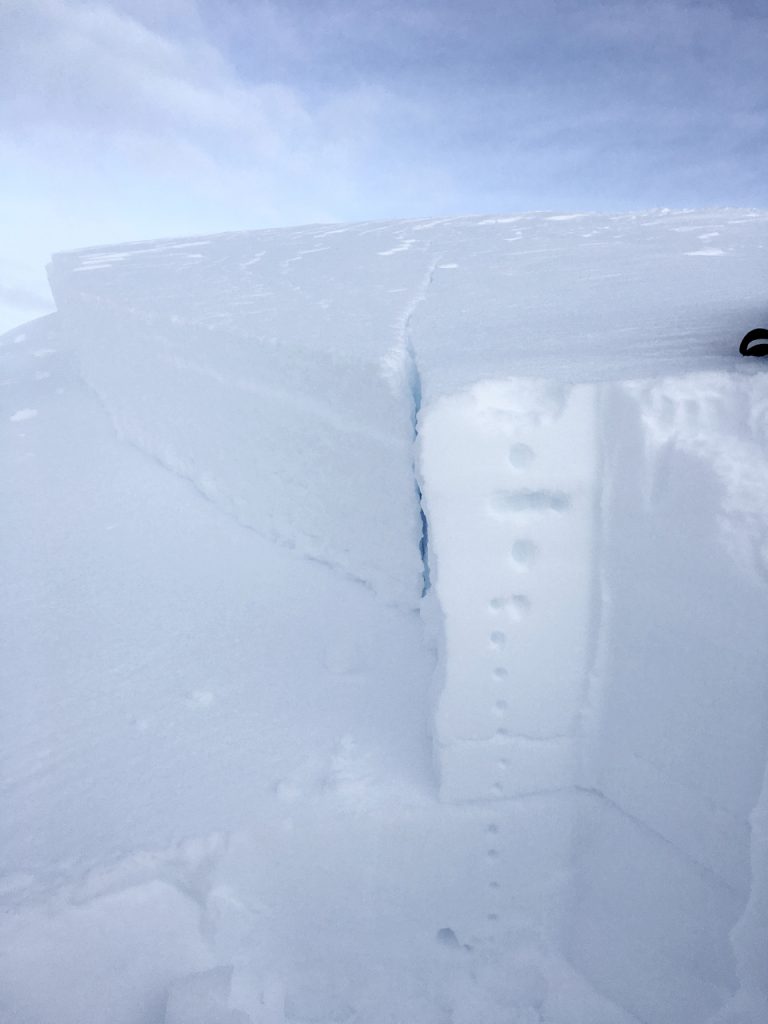 Crown profile of the main Widowmaker slide, this was very similar to the looker's right slide 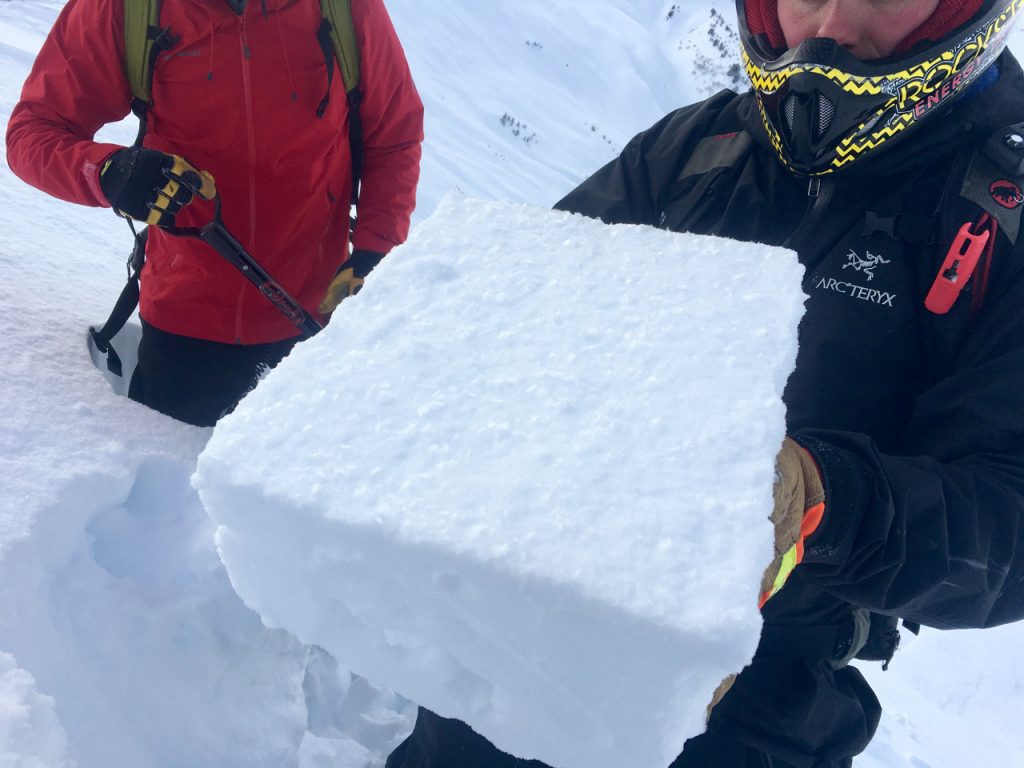 This is the bottom of the slab (tipped upside down) showing the buried surface hoar up to 1cm in size. No mistaking it. 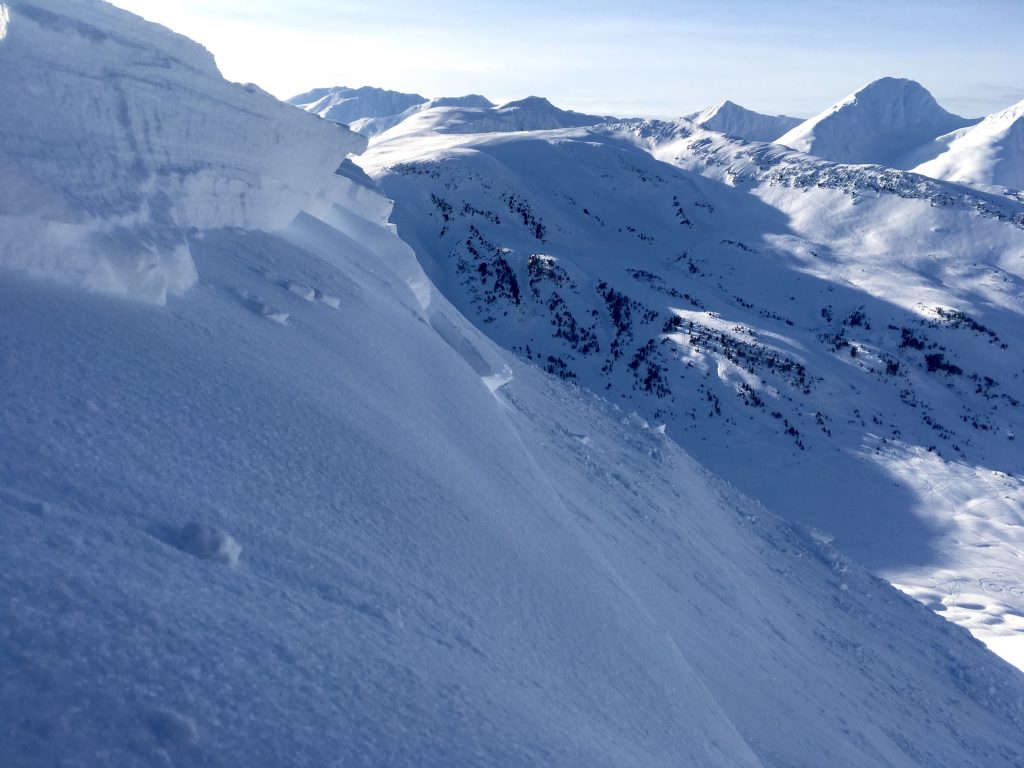 Another photo of the Widowmaker crown looking south

Pano of the Widowmaker debris