Tour up the Seattle Ridge uptrack and then traveled north to fix the weather station at 2400′. Surface condition inventory along the way. Weather moved in earlier than forecast with snow starting around 12:30 and winds increasing. Weather station is back in action… small wires and cold hands…!

Wind transport with some pluming observed before clouds came in on the high peaks on the east side of the highway.

Started out with overcast skies and then became obscured around 12:30 pm
Light snow starting at 12:30 pm
East winds in the teens gusting into the 20s.
Temperatures: 5°F at the parking lot at 9:30, 20°F at 15:30, single digits increasing to the teens along the ridge

Surface hoar over a variety of surfaces. Over soft faceting snow, rain crust exposed by wind scouring, stiffer wind board along the ridge and rime crust in places near the weather station. The surface hoar was just starting to get covered by the new light snow falling.

No formal testing. Rain crust is present at all elevations traveled today but at a varying depth below the snow surface, just under surface hoar to 1' deep. Overall snowpack depths were also quite variable, from a few inches to 2-3'. 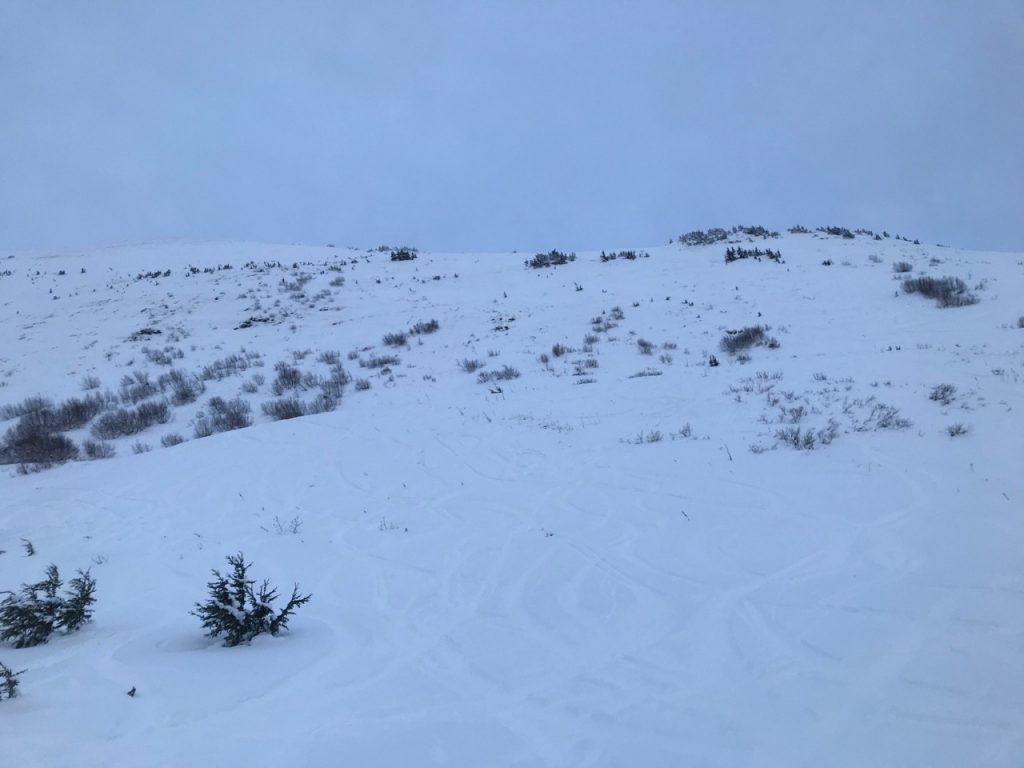 Heading up the front side. Still a lot of vegetation and quite scoured in spots. 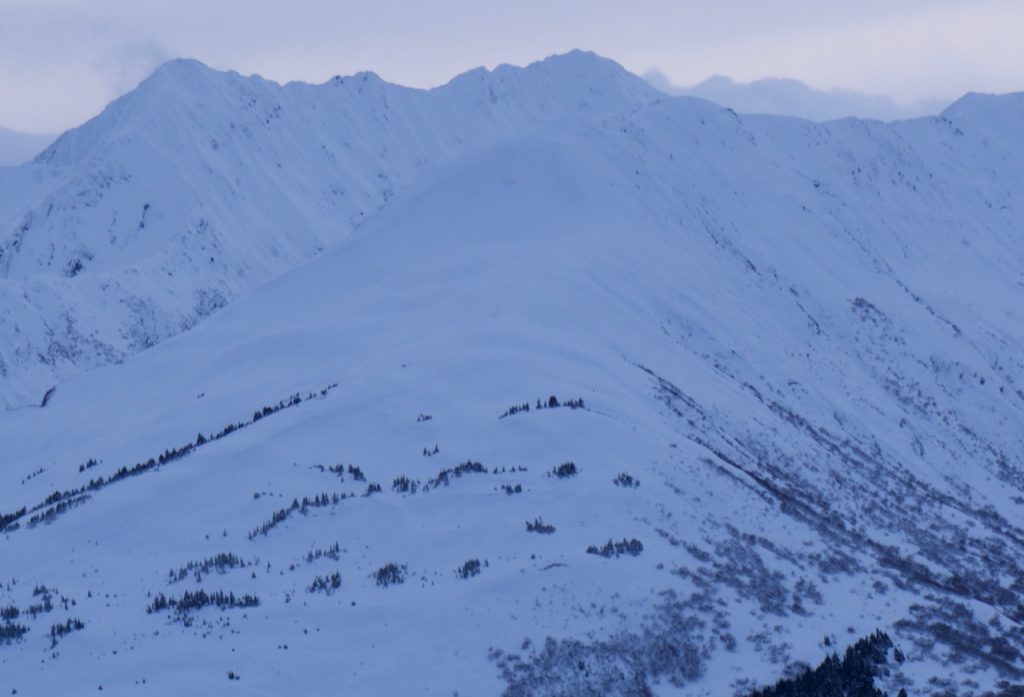 Looking across to Eddies and the glide cracks 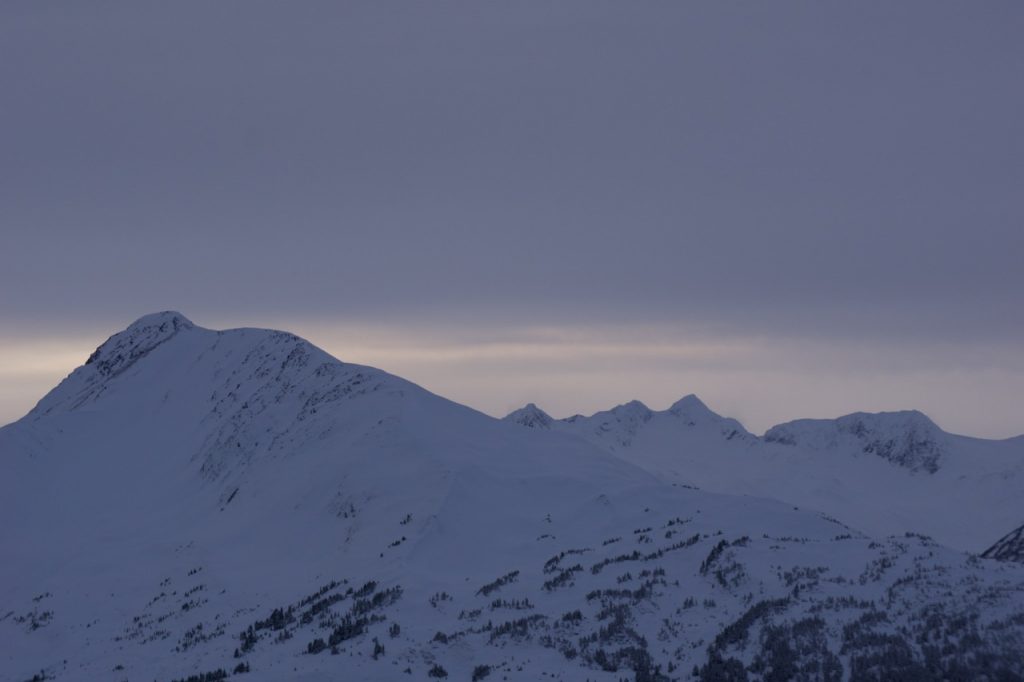 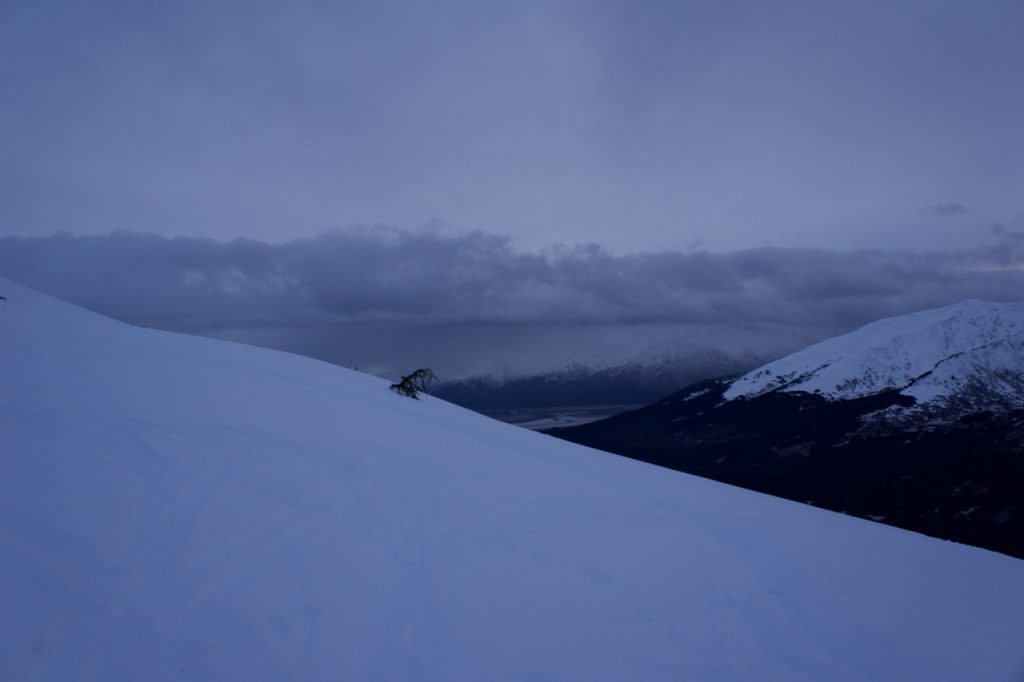 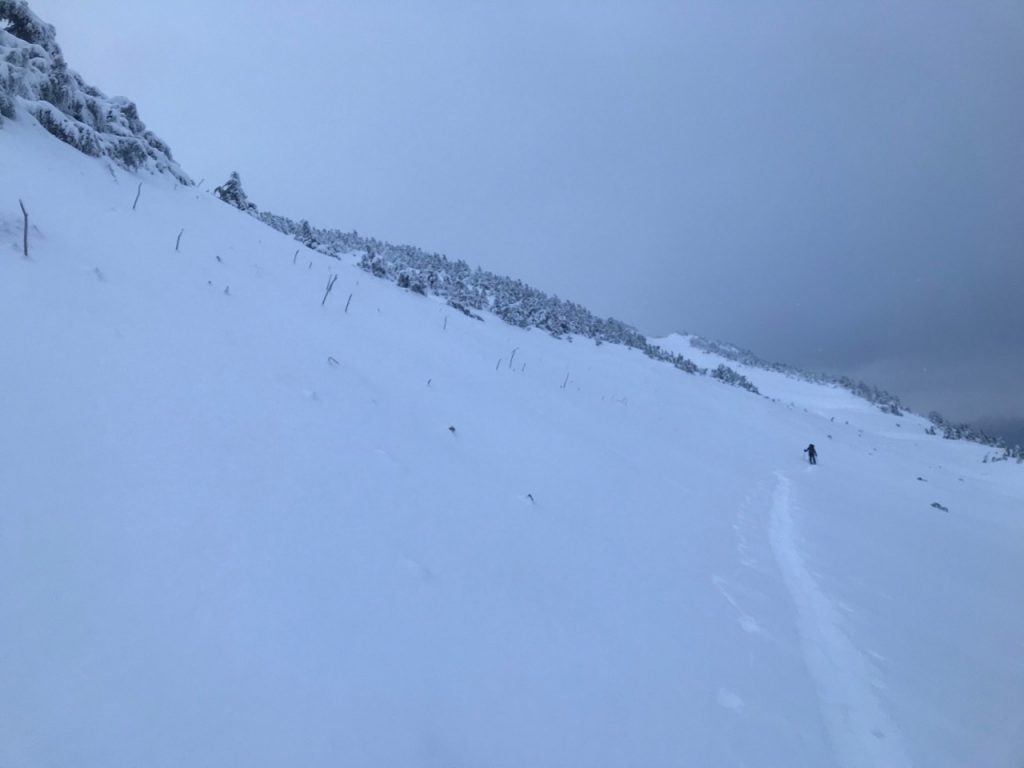 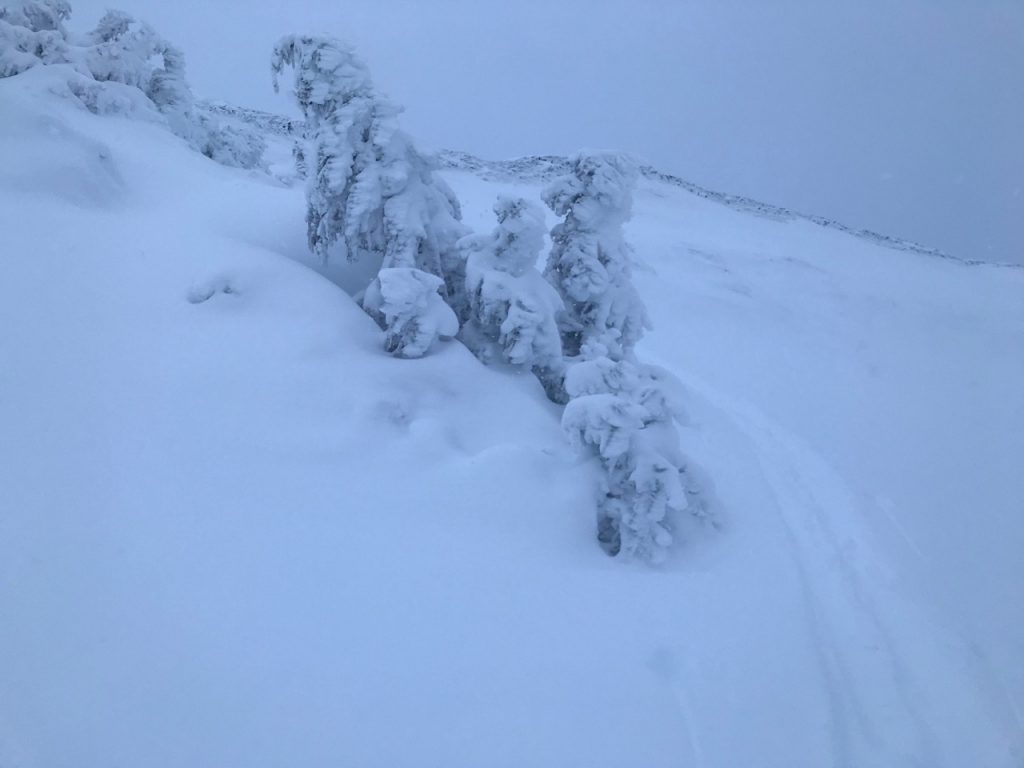 Rime on the trees heading up to the weather station 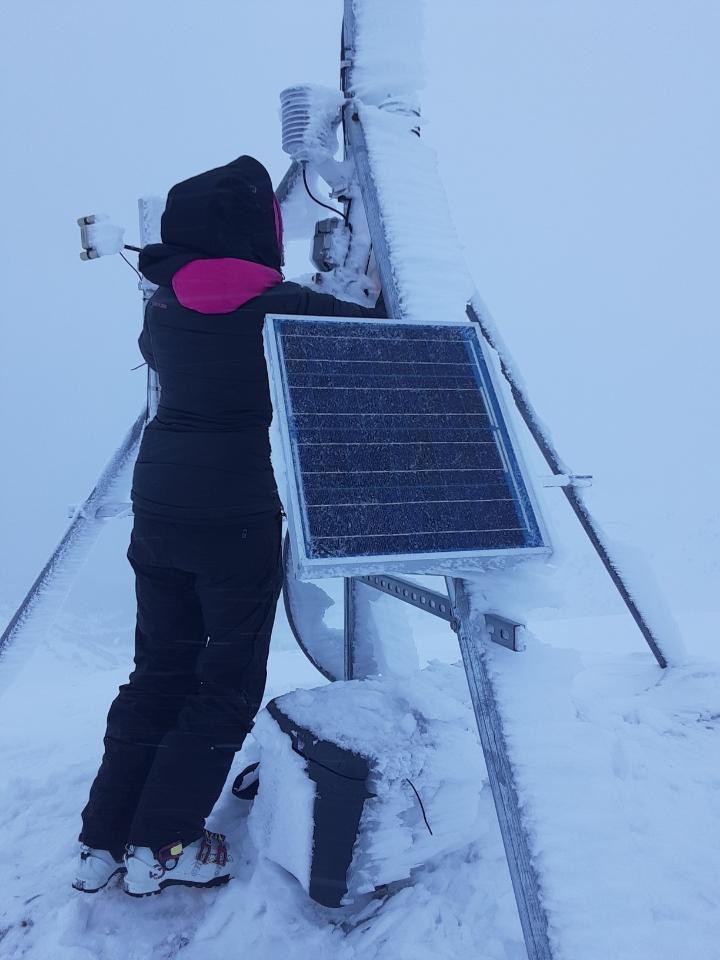 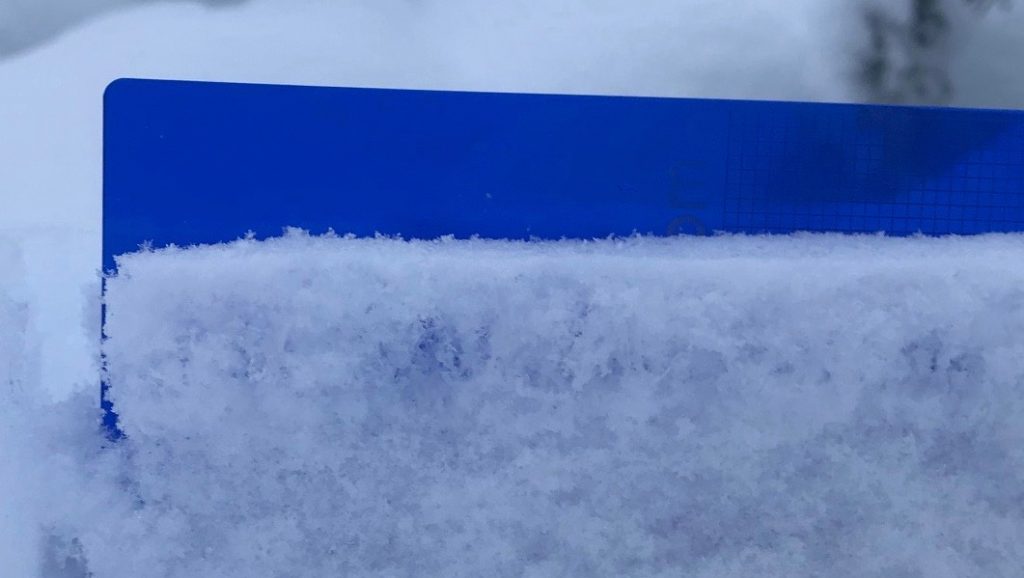 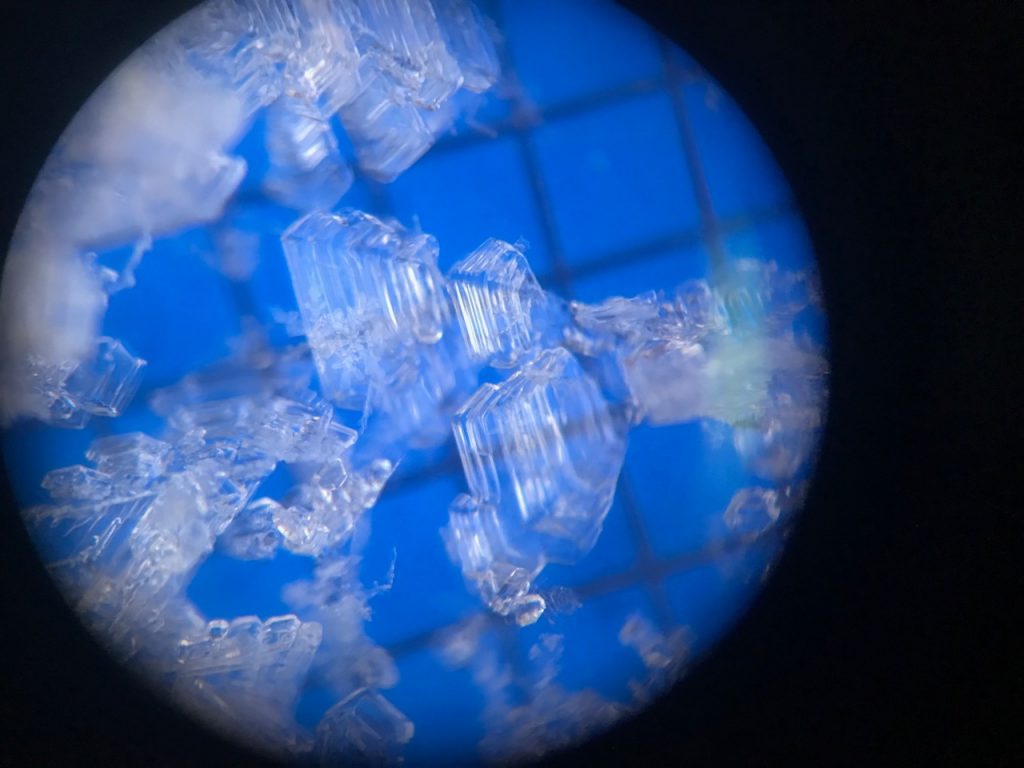 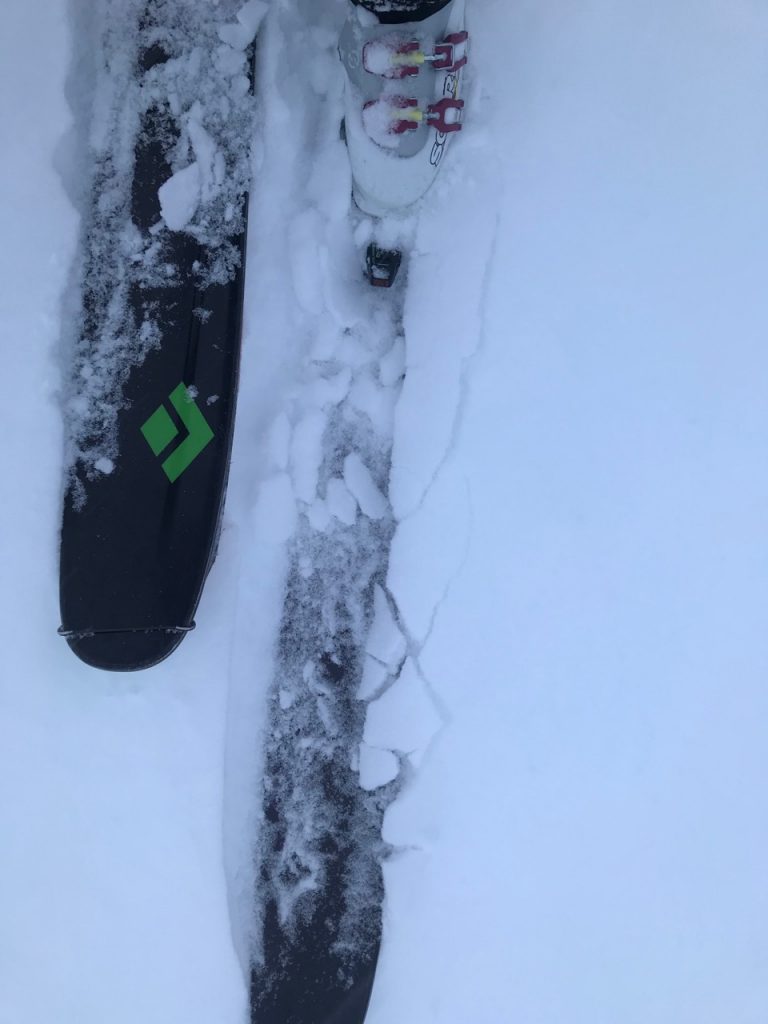 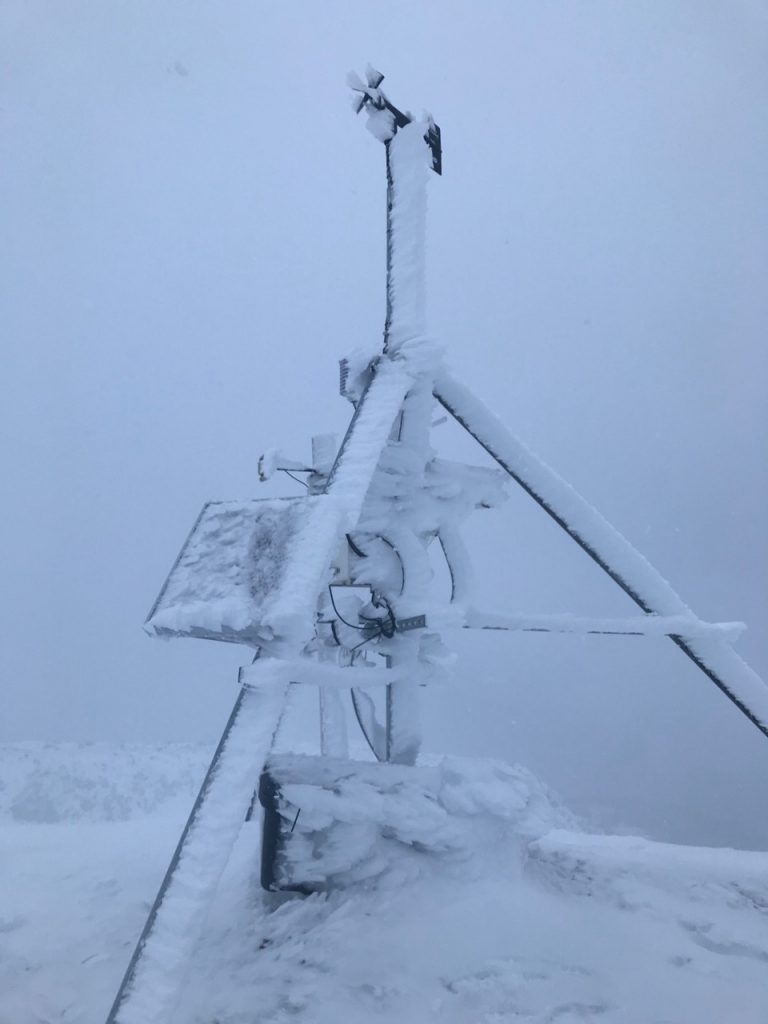 Rime on the wx station. It is back online reporting! 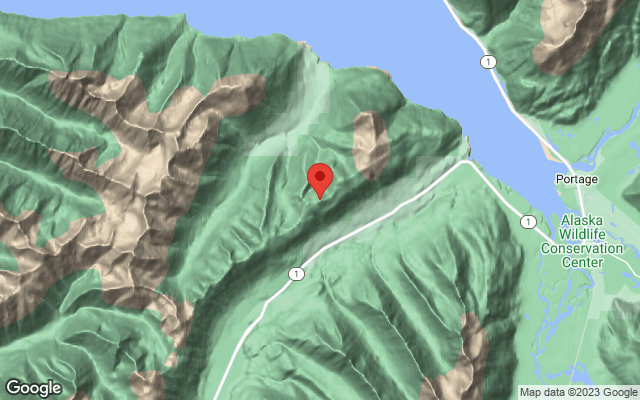