This was a very large wind slab avalanche that failed on a layer of precipitation particles (stellar dendrites) at the interface between the old snow and the 12/22 storm snow. The 12/22 storm deposited around 3' of moist sticky snow, which was blown into large wind slabs on leeward slopes by very strong winds. The winds were so strong that much of the wind loading occurred toward the mid-slope and not just the top of the slope as is often the case.

The average crown depth was 2', but there were large sections with a depth of up to 4' or deeper. The slab was a firm (4-finger to pencil hardness) layer of wind deposited snow. The avalanche propagated approximately 1000' wide and ran roughly 800 vertical feet. The wide propagation and character of the crown was similar to a persistent weak layer, which sometimes these stellars can act like before they round and bond.

Confirmed details are limited at this time but they include:

A snowboarder, who was the 5th person on the slope, triggered a very large and connected fresh wind slab just under the ridgeline. The boarder was caught and carried approximately 500 vertical feet. They deployed their airbag and when the debris came to rest they were buried up to the neck. The boarder was dug out by their partner(s) and was ok. The group had accessed the area by snowmachine and the debris had buried one snowmachine 5-7' deep and another partially that were at the bottom on the slope when the avalanche occurred. No other group members were caught.

Skies were clear and sunny on the day of the avalanche. The following day of the avalanche investigation 12/24, visibility was poor and lifted just long enough for us to get in and get a good look at the crown. Light to moderate winds were variable in direction, from NE to NW.

We saw a lot of recent wind loading at higher elevations, and relatively undisturbed snow in the flats. Storm snow depth at 3000' varied from around 2' to over 4', depending on wind loading. The storm finished with moderate winds, so even areas that were heavily wind-loaded still had a few inches of soft snow on top.

The 2-4' of new/wind-loaded snow is sitting on a layer of rounding dendrites at the new/old snow interface. Both the slab and the bed surface layers were 1-finger to pencil hard, while the weak layer was much softer. Probably 4-finger, but it was too thin to really get a good sense.

From two pits just above the crown (3030', WSW aspect): ECTP 29, down 60 cm failed on the layer of dendrites at the interface. ECTX where weak layer was buried 80 cm deep. 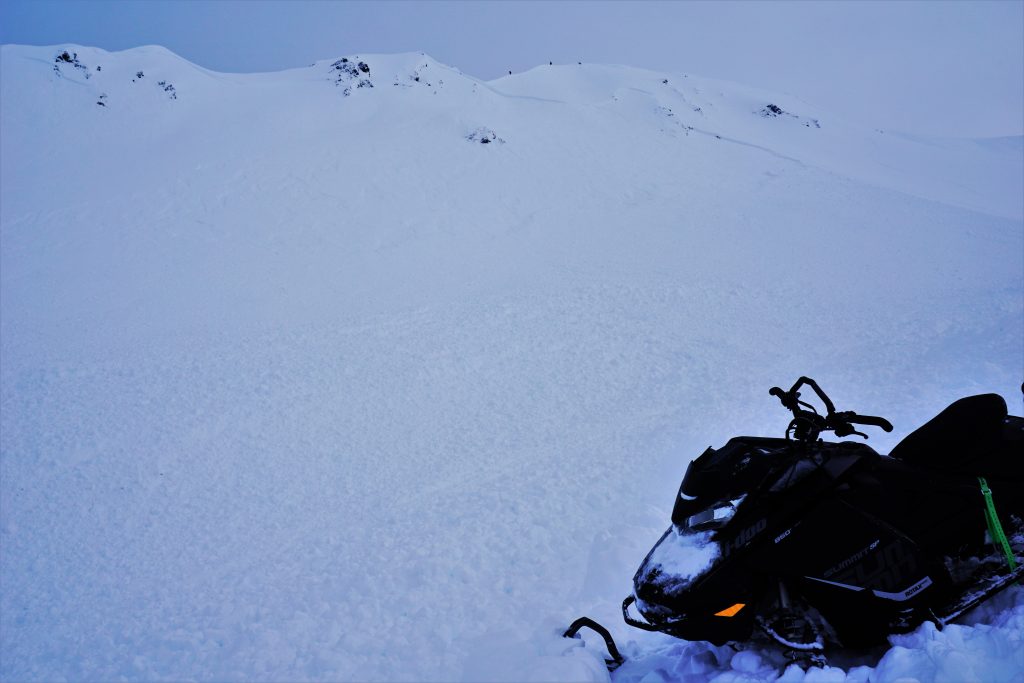 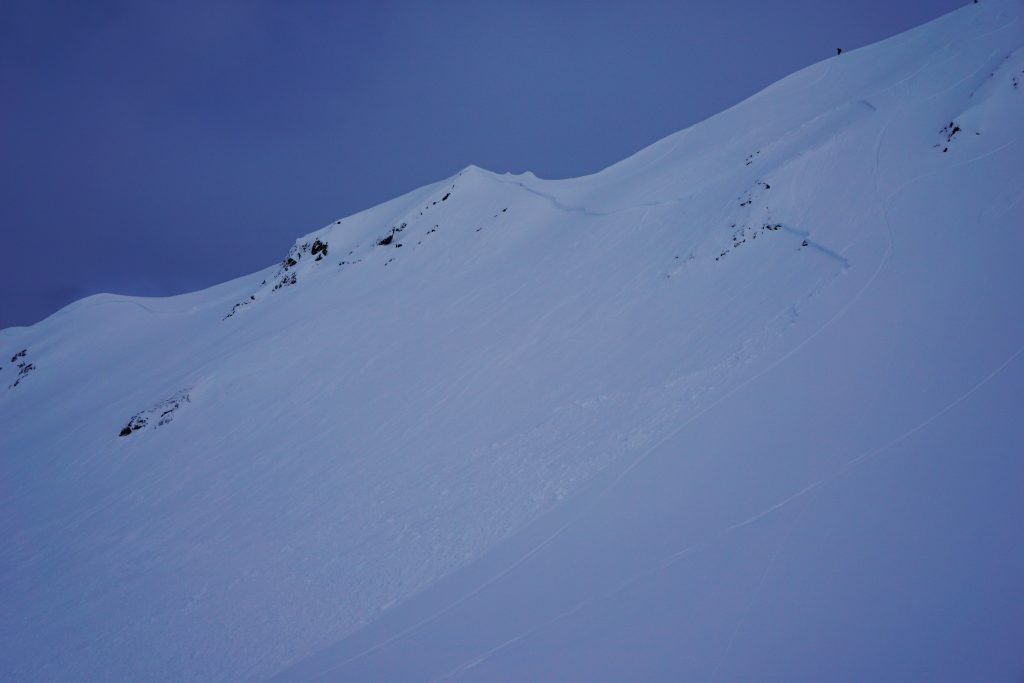 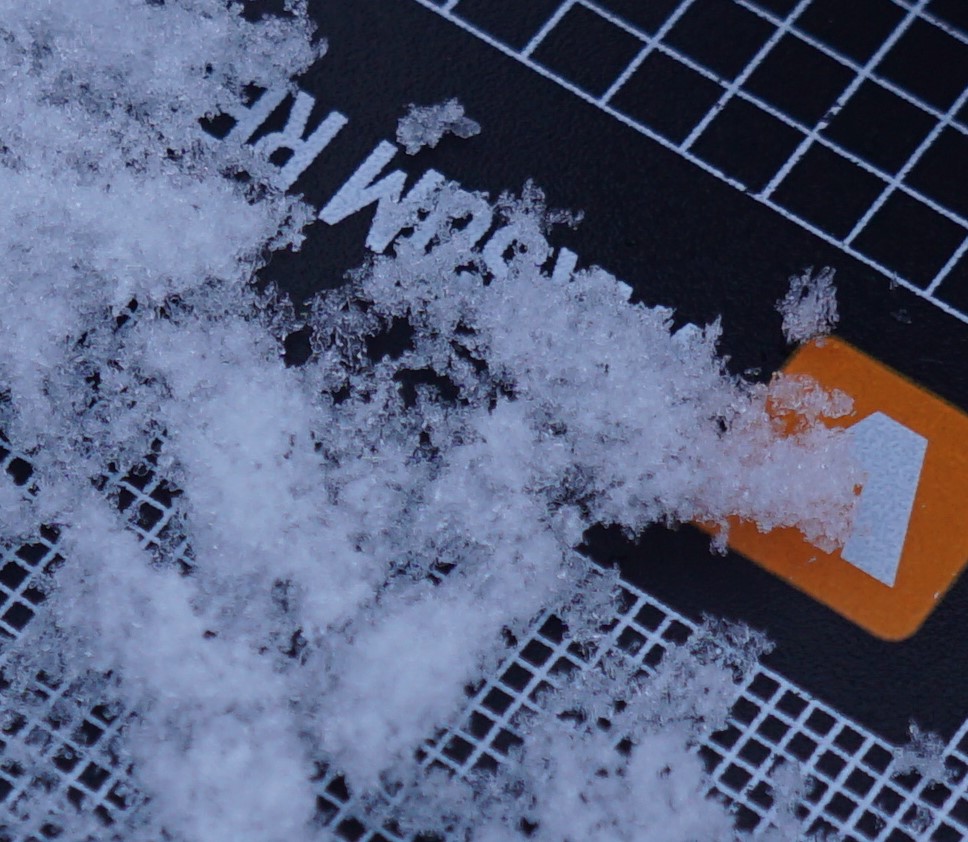 This was the weak layer of decomposing dendrites that facilitated the avalanche. 12.24.2020 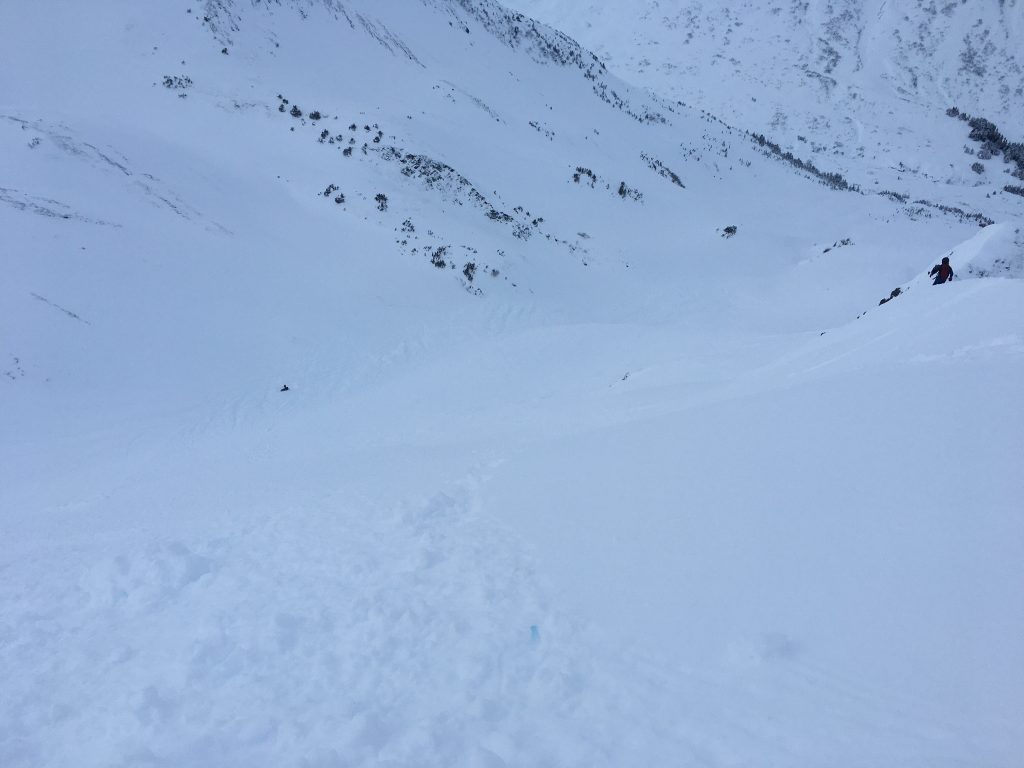 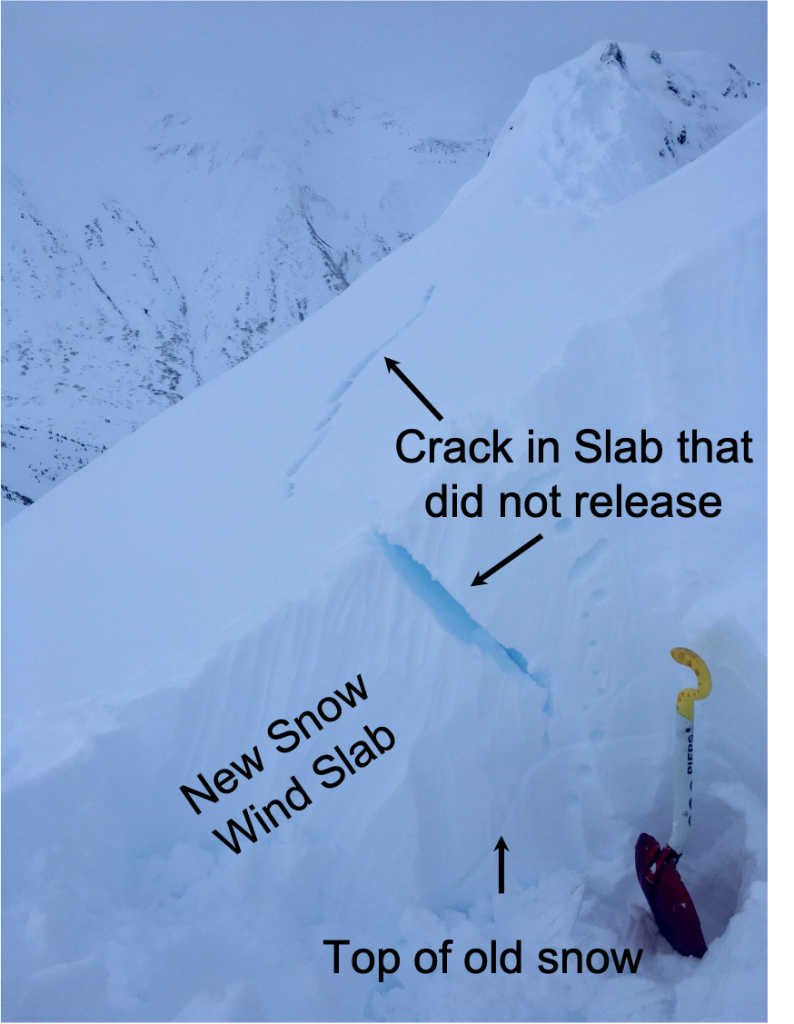 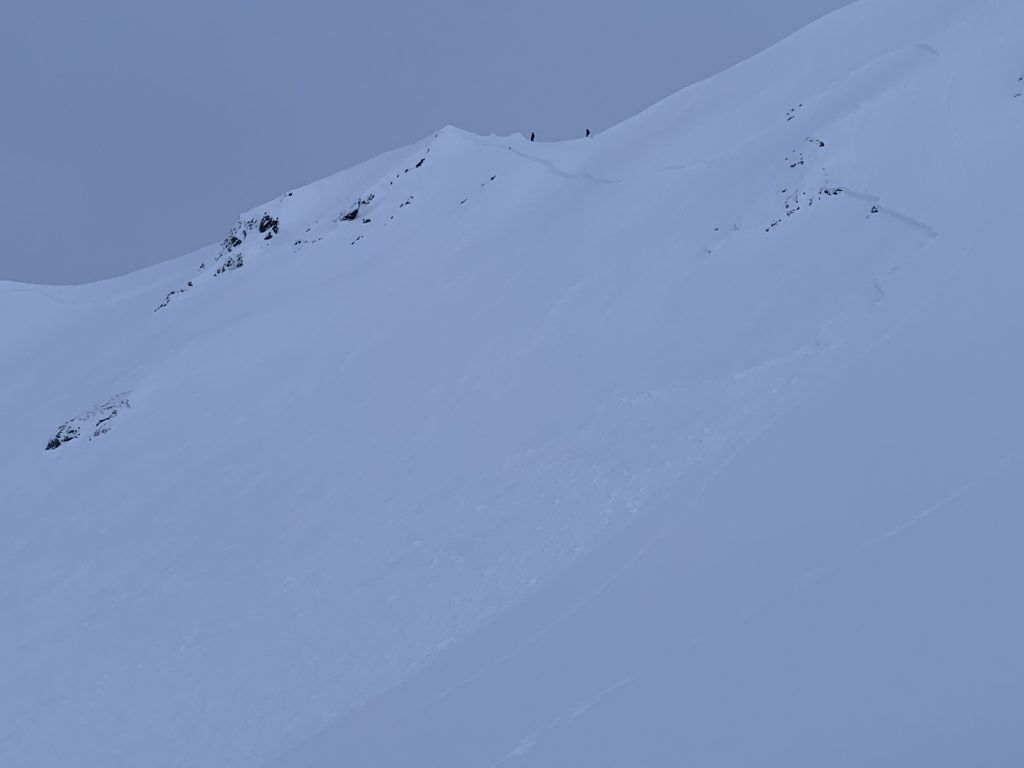 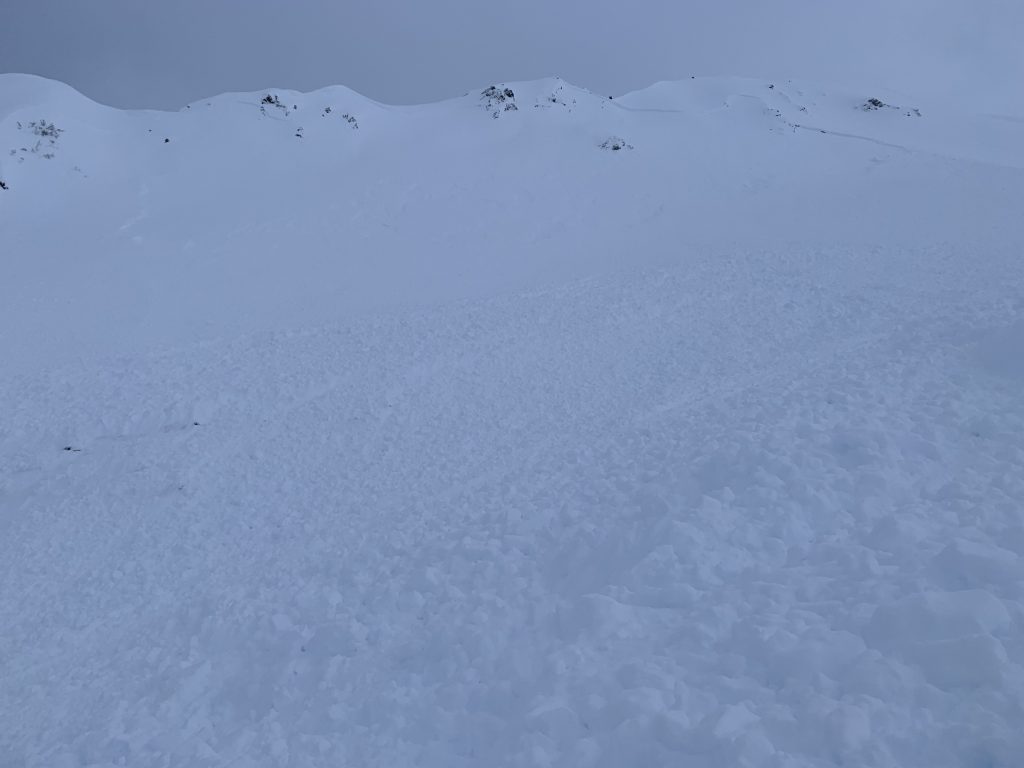 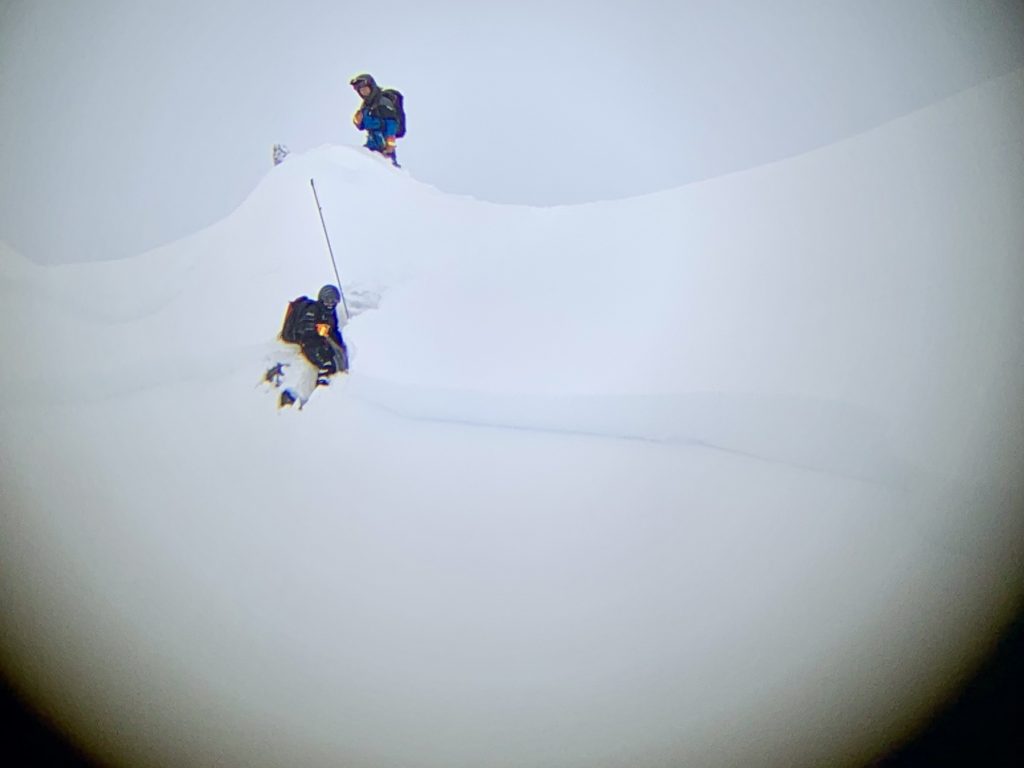 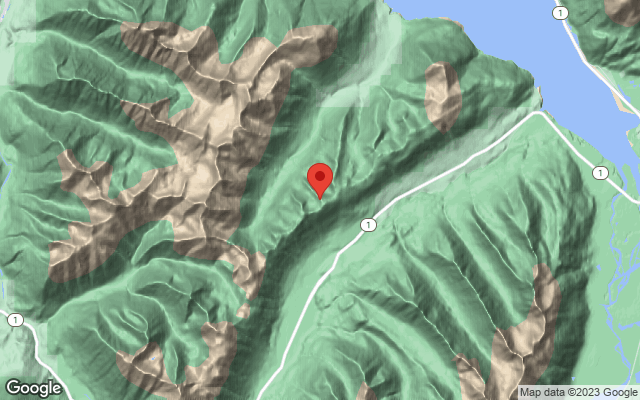