Snowmachined to the lower reaches of the motorized up-track to take stock of the new snow instability.

Despite the very low visibility, we think we saw some fresh debris in a few gullies along the Southeast face of Seattle Ridge. The debris was shallow and only running to where the slope angle begins to lessen. These are most likely wet/damp loose snow avalanches.

Storm slab and wind slab issues in the new snow:
An upside-down storm has created soft storm slabs. See video. Yesterday's 6-10" of low density snow is now covered with a layer of 6-10" of dense snow. The low density snow has compressed under the dense snow and settled to be only 2-3" thick - but it still is acting like a weak layer.

Up higher where the wind is blowing, slabs are likely forming on this low density snow and may be releasing as this set up can be touchy. 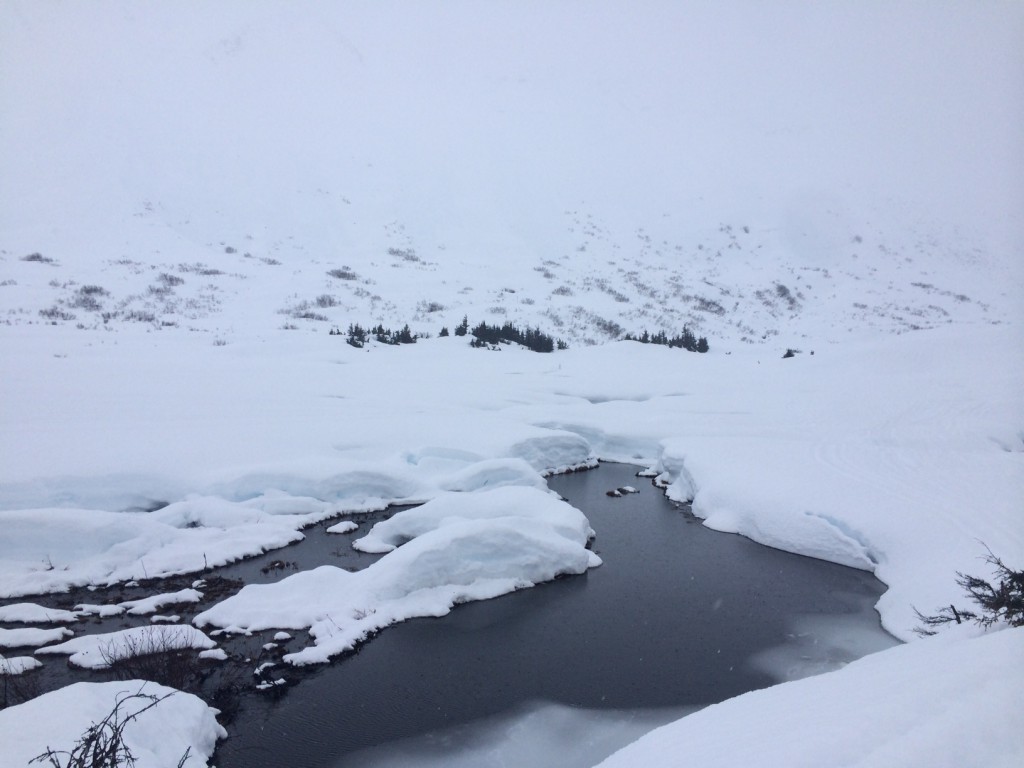 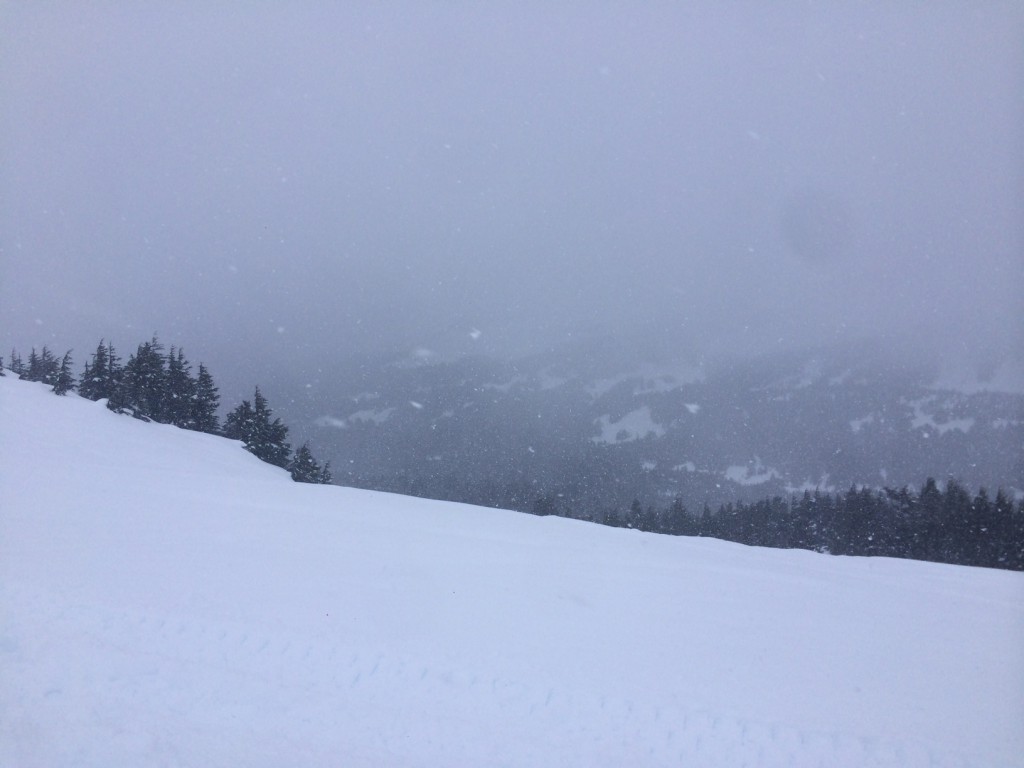 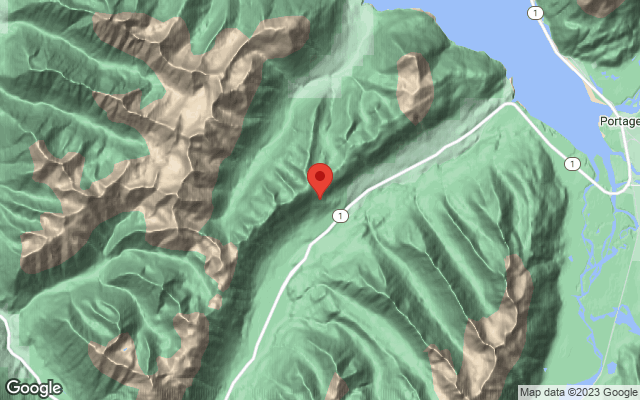