Wx –
Visibility was poor due to dense fog, no precip
Temps were in the mid 20’sF even w/ the greenhouse effect happening
Winds: Calm

Below the Surface –
At 2000′ the snow was very moist just below the surface and has very poor structure. Old crust layers are
decomposing due to rain saturation from last weekend. The snowpack appears to be trending towards
isothermal at this particular elevation and aspect. While we were out there the green house effect, solar
radiation being trapped by the dense fog, was warming the surface crust. Warm temps combined with
fog/cloud cover will be something to pay attention to especially if temperatures stay above freezing for
several days. 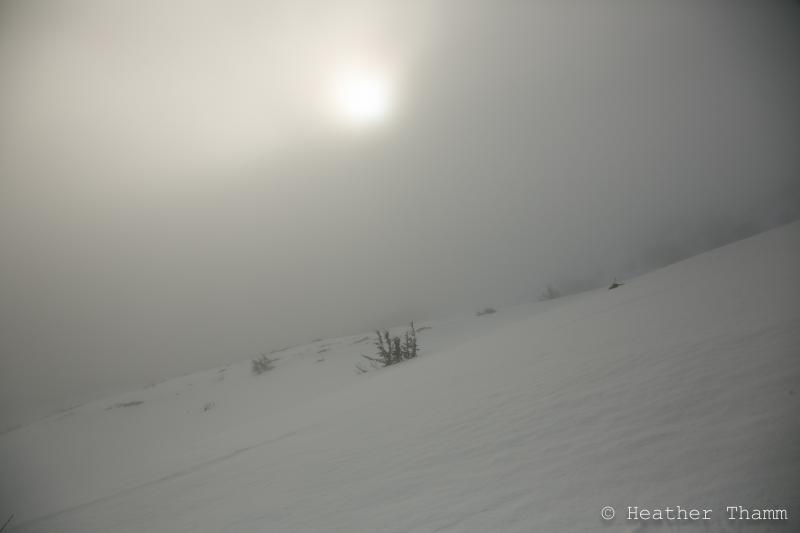 Dense fog plus strong solar radiation seemed to be contributing to the already moist snowpack. The surface crust was starting to become moist and the snow below was Wet to Moist almost to the ground. 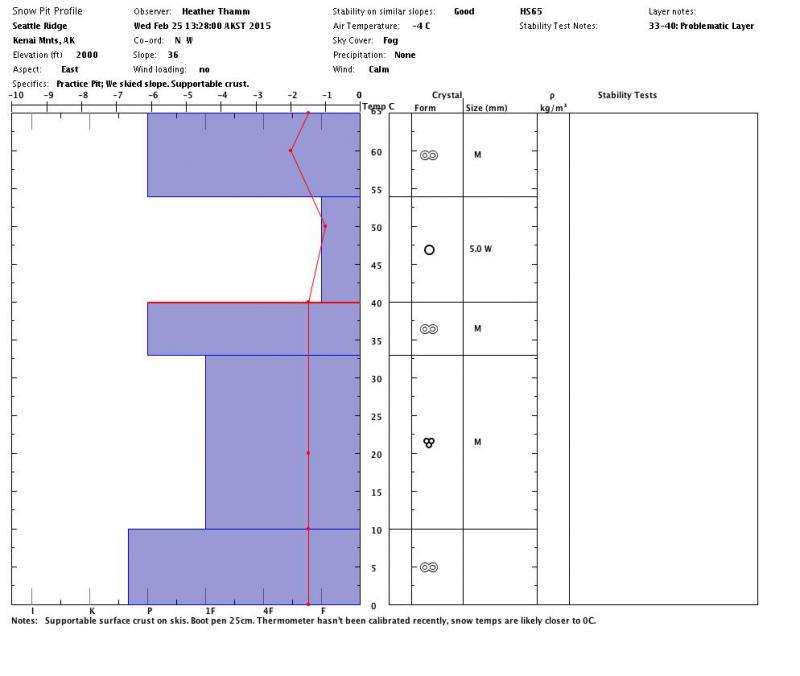 Pit was dug on a East aspect on a 36* slope. HS=65 and seemed average in that particular area. 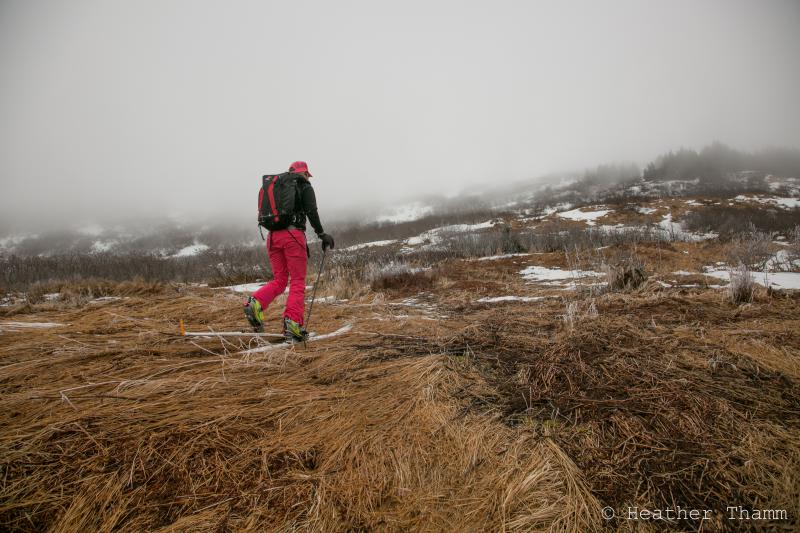 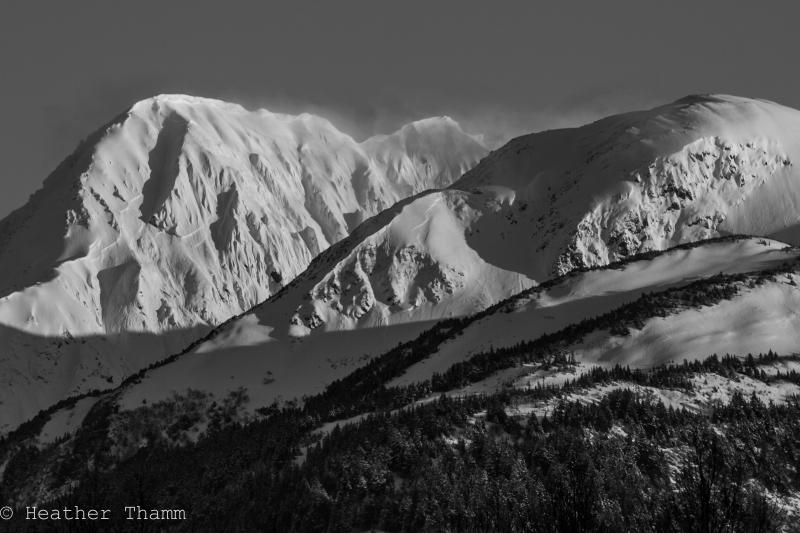 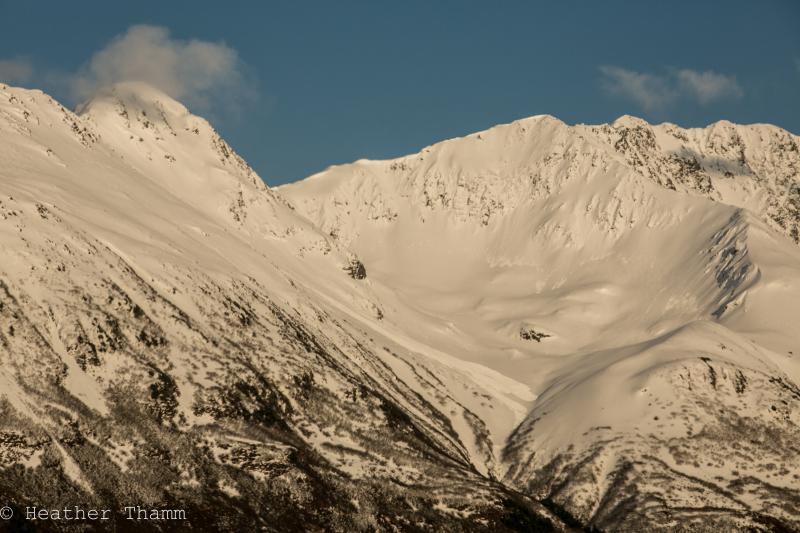 Some debris from Feb.22 storm. This is the peak between the Twentymile and Portage Valley as seen from the Placer River on the Seward Hwy 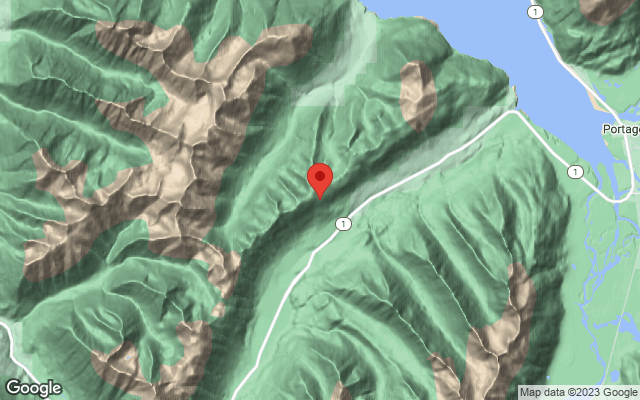