*Seattle Ridge had more snow on the Northern side as we approached the weather station. 6″ near Seattle
up-track vs. 10-12″ near Wx station.

Below the surface:
Widespread facets have been well documented over the last few weeks and are sitting under the new snow
load from Feb.9-10. We found areas where the facets were large (3mm) in shallow areas, but were smaller
and less developed where the older snow was deeper. Where the slab is thicker and more cohesive the
facets below (even where they are less developed) are still quite reactive. (see photo of test pit.) This pit
was dug in wind loaded area below the weather station and produced test score of ECTP14 50cm below
the surface where the new snow and old faceted snow interface. The slab in this location was dense (1F to
Pencil Hard) and is representative of wind loaded areas on the Northern side of Seattle Ridge, where more
snow fell.

The most notable events observed today was an avalanche we triggered remotely from 300′ away, just
below the wx station. This was on a very steep (46*) feature where the terrain suddenly turns into a flat
gully. It only ran 50 feet to the bottom of the flat gully. The slab averaged 10-12″ thick. Upon our return
along Seattle Ridge South towards the up track, we also found evidence of a recent avalanche on a
southern aspect in Main Bowl (aka- Bowl 2,) adjacent to “Widow Maker.” We did not have good visibility
when we passed this area earlier in the day and do not know what triggered it. This slide was much larger
(d-2) and ran 1000′ to valley floor. See photo below.

The fact that we could remotely trigger an avalanche 300′ away is evidence that this weak layer is highly
reactive and the slab has enough strength to propagate. The combination of new snow and wind loading has added stress to a very unstable weak layer. Where the slab is thicker and more dense will be areas where human triggered avalanches are more likely.
In places where less snow fell like on the South side of Turnagain Pass these slabs will be shallower, but
will still be easy to trigger on steep slopes. Right now it is best to avoid large terrain with slope angles
greater than 35*. 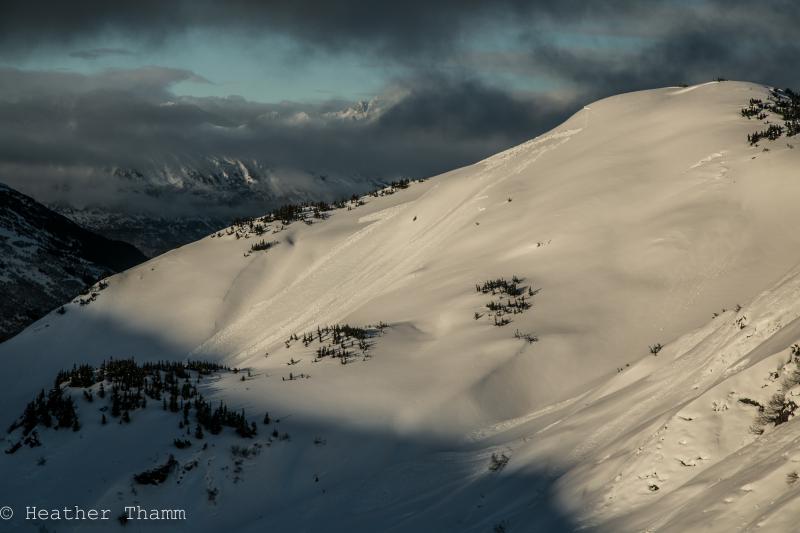 D-2 avalanche on a Southern aspect in Main Bowl, Seattle Ridge. It is likely a natural avalanche, although the trigger is unknown. 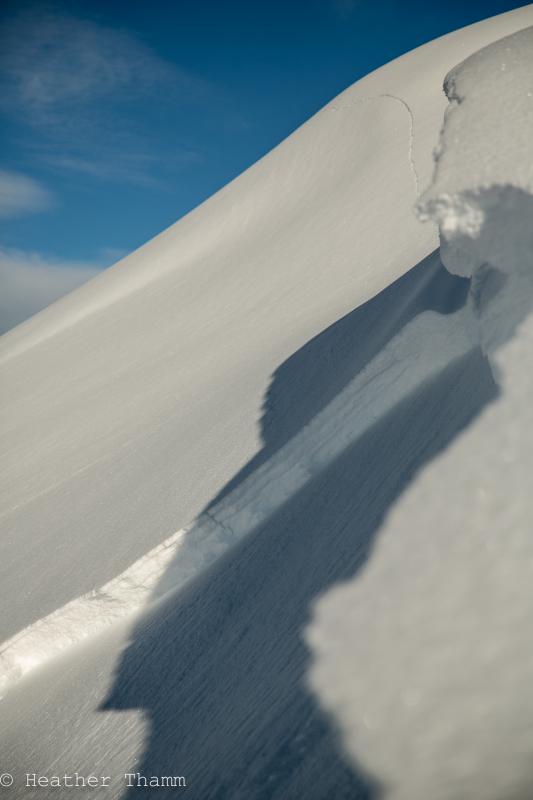 Flank of the remotely triggered avalanche is 10-12" thick. Notice the large shooting crack that extends into snow that did not slide. 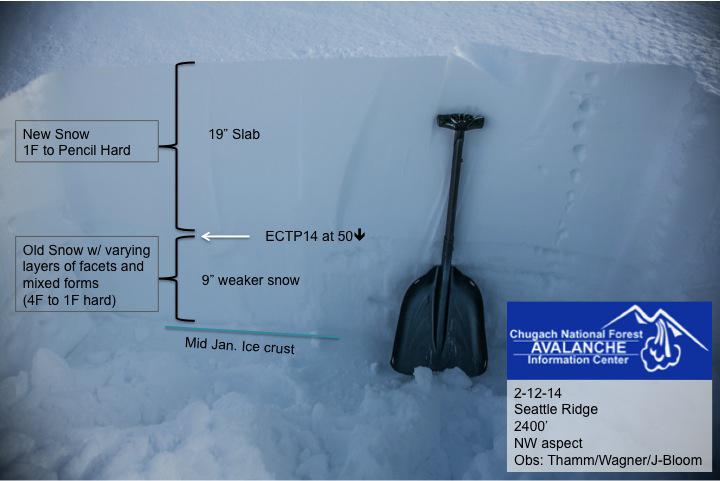 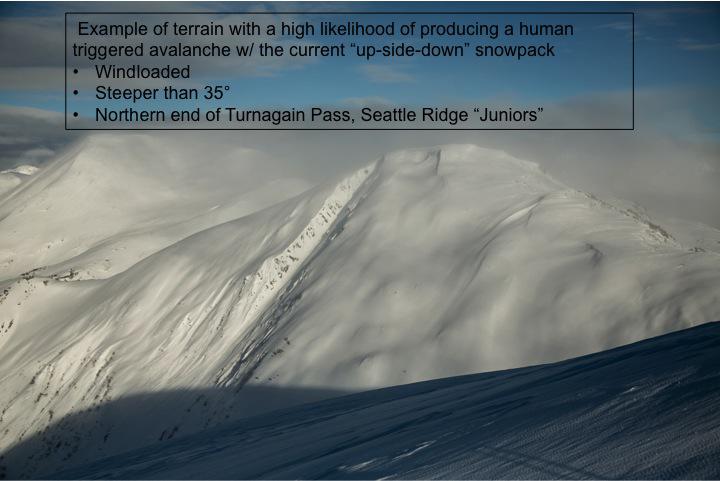 More snow from this last storm Feb.9-10 fell on the Northern end of Turnagain Pass. 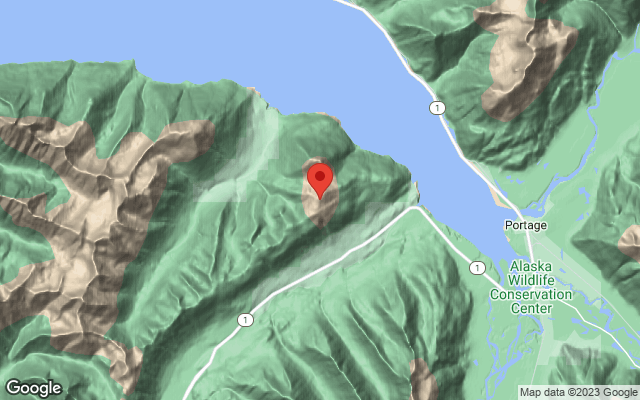