Standard up-track to the ridge and over to the top of Main Bowl (1st Bowl).

Only one small wet loose avalanche noted on Seattle Ridge. Likely from yesterday's warmth. No signs of slab avalanche activity.

In short: 1-3 foot slab over basal facets. Prior winds have created quite a variable snowpack depth.

The facets (a 1-6" thick layer) at the base of the pack were prevalent above 2000' and it was not until 2300' and above that we noticed the incessant whumpfing. We also found a crust within the faceted layer. It appeared that in areas the crust was thin, whumping was occurring below the crust, where the crust was thick, failure seemed to be above it.

Slab was generally soft snow on top (fist hard), transitioning to harder (1 finger) snow at the bottom just above the faceted layer.

Facets were around 2mm and striated. We did see some cupped larger facets under the crust at 2800'.

Lower elevation snowpack is without facets and roughly 18-20" deep. 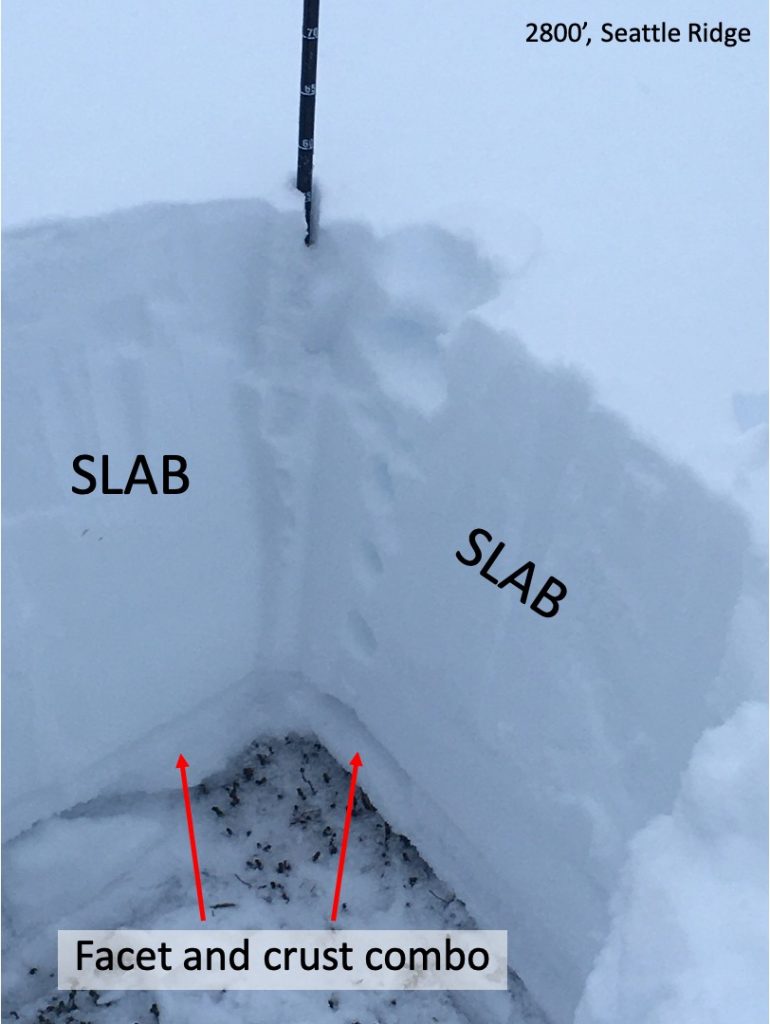 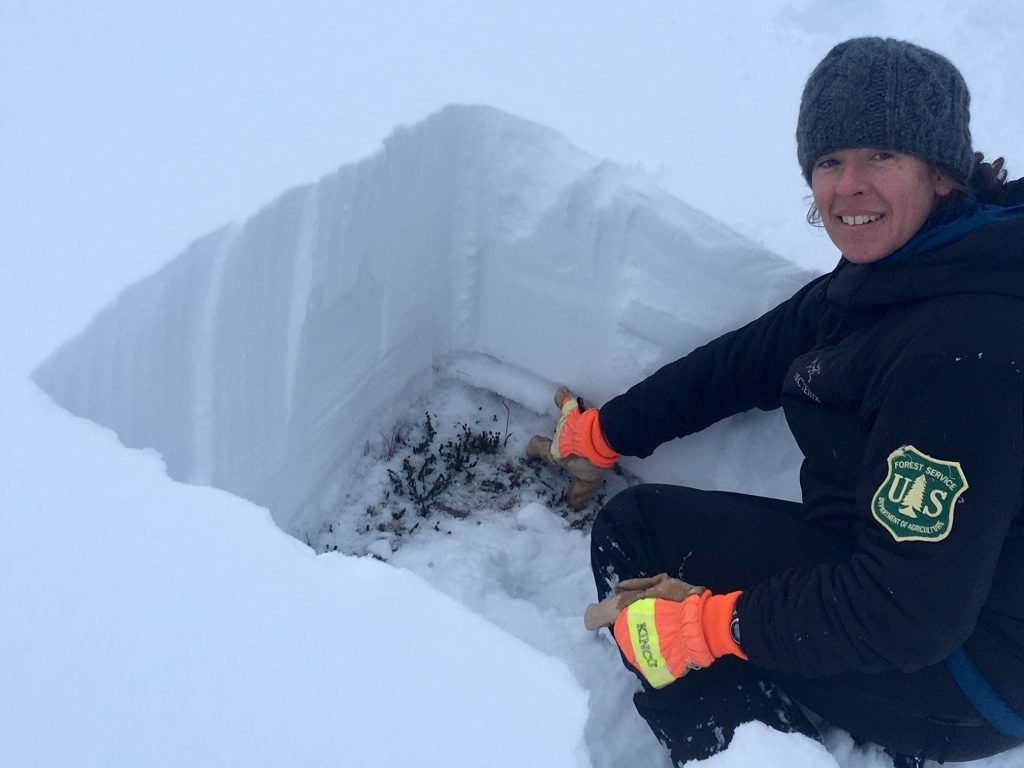 Aleph pointing at two layers of facets surrounding a crust 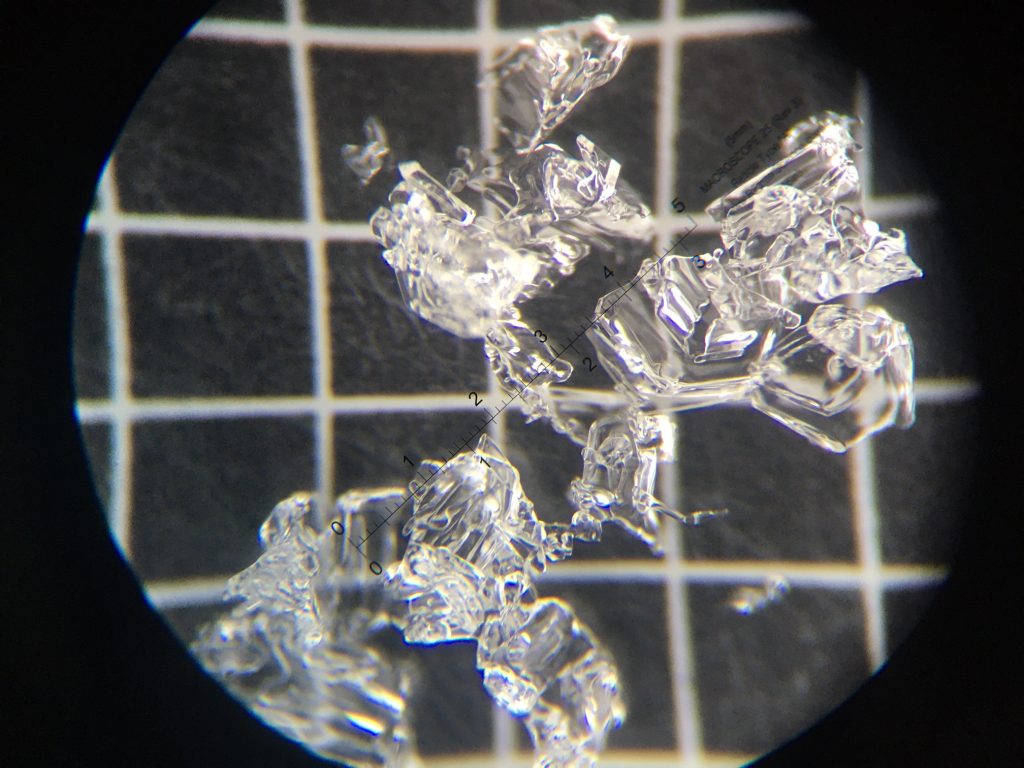 Close up of the facets above the crust, the most reactive layer we found (2mm grid) 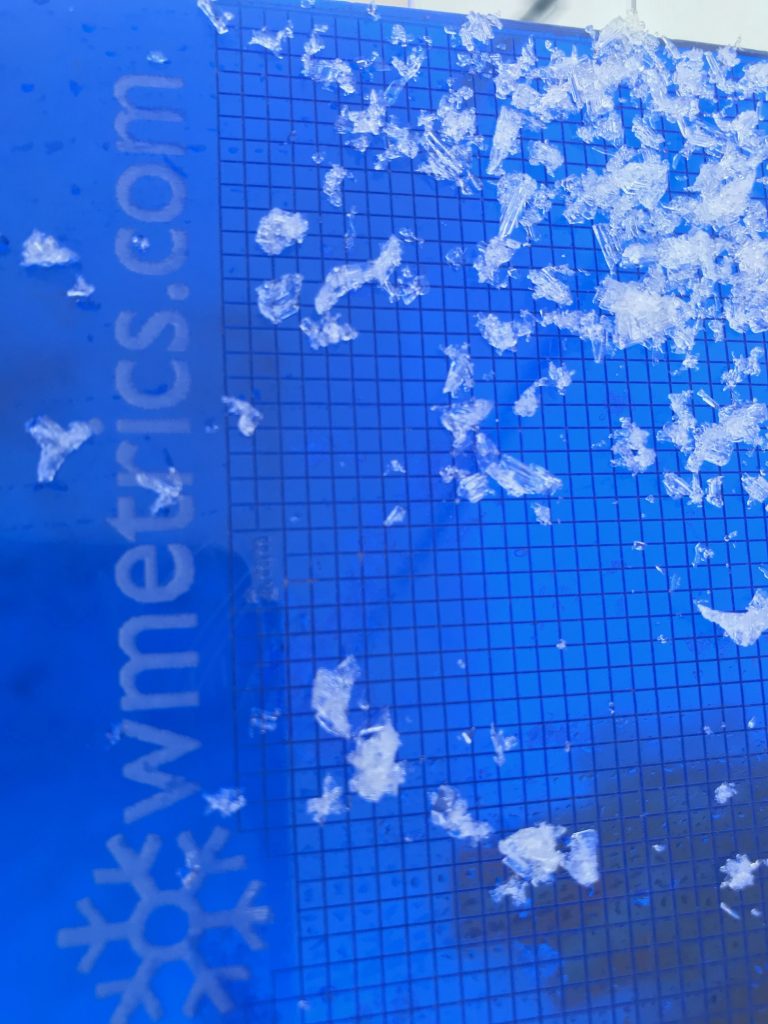 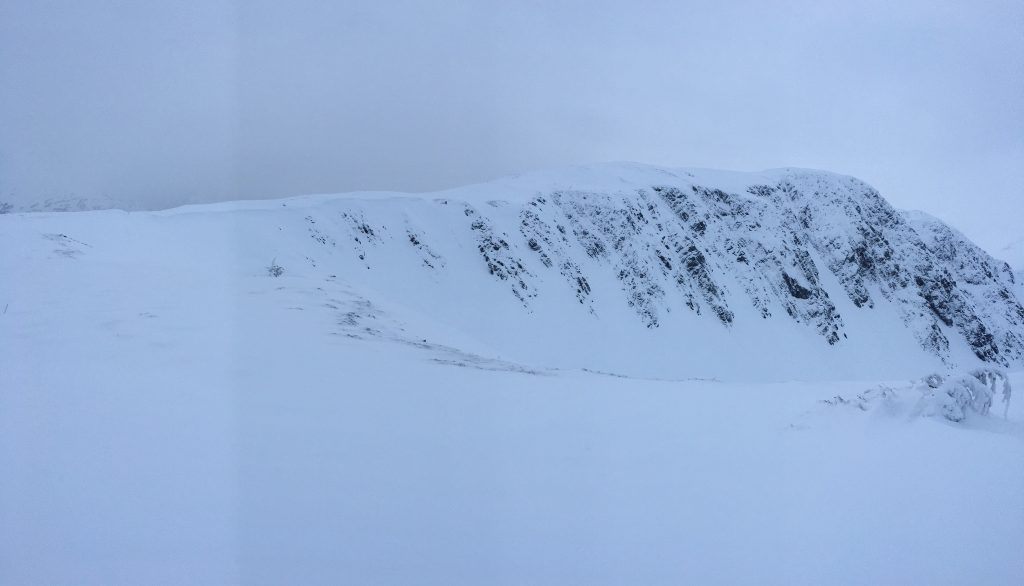 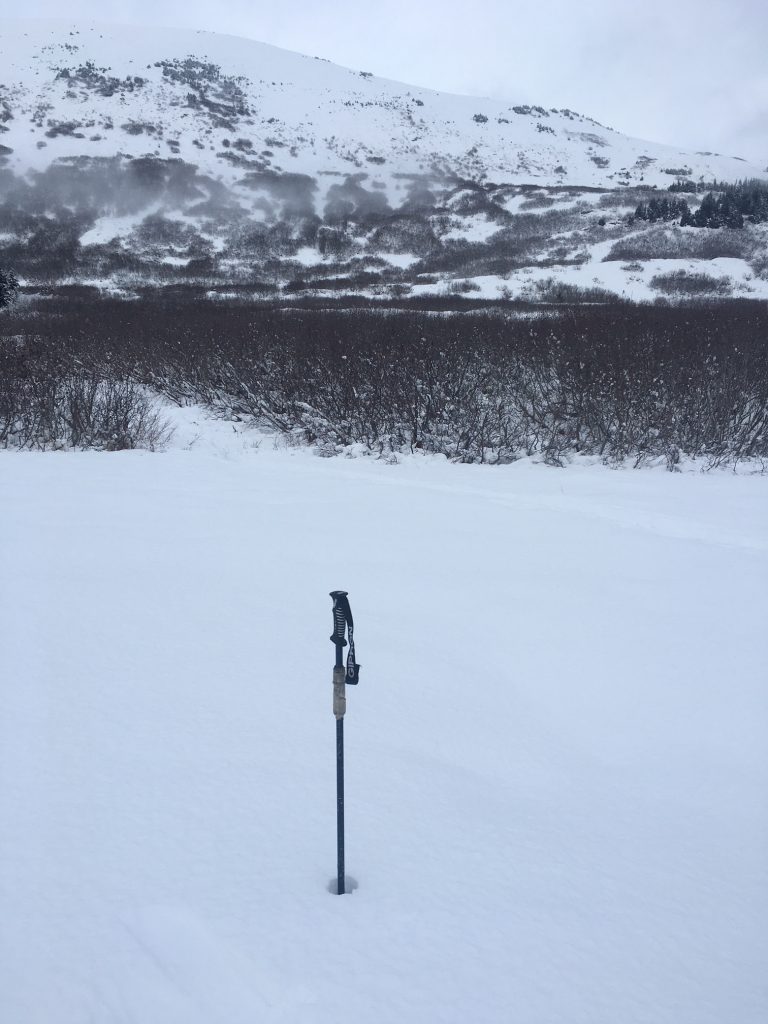 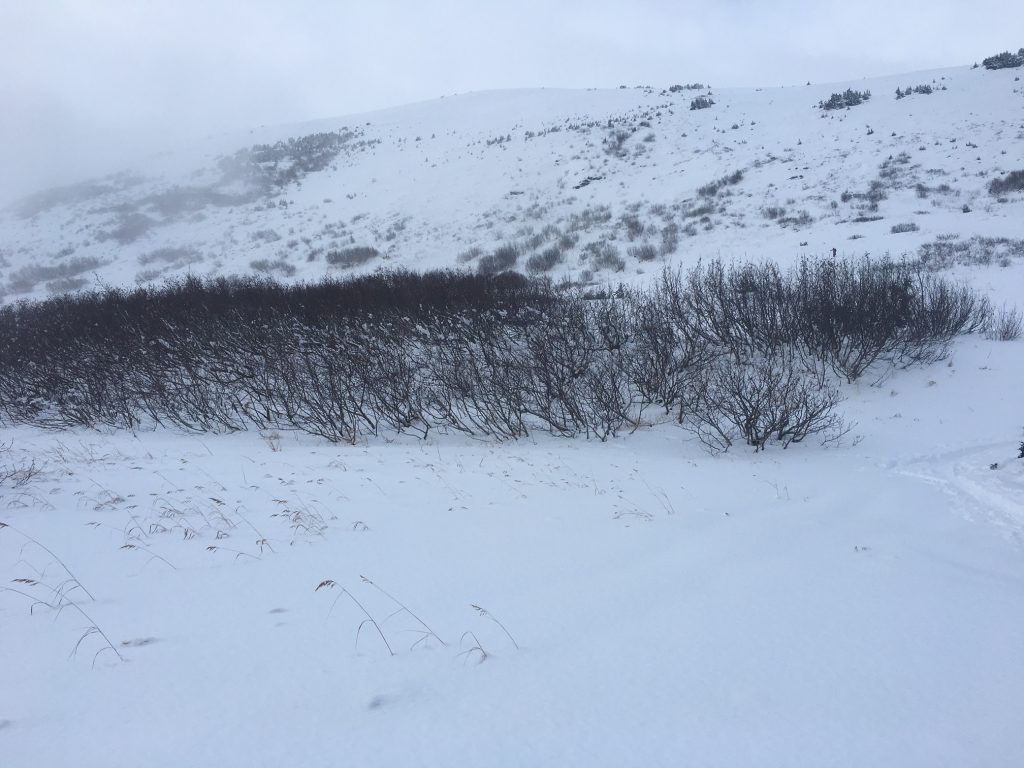 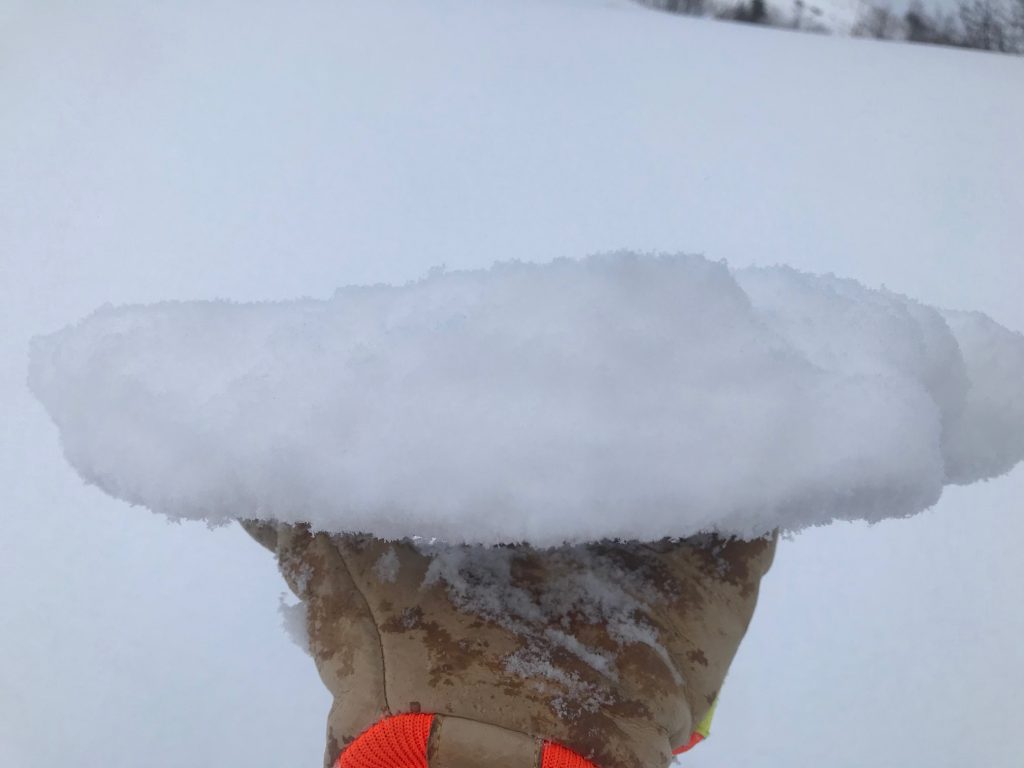 A sun crust capped the snowpack on south and east aspects below 2300.... 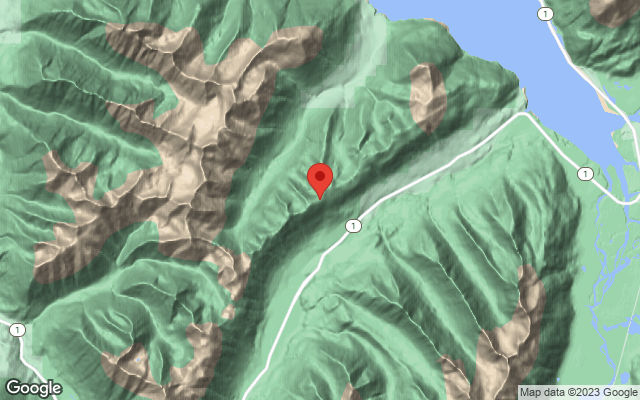