Route:
Skinned the standard up-track into Main Bowl, circled around the bowl and out the common up-track.

Weather:
Mostly cloudy with scattered valley fog. Light snowfall off and on throughout the day (accumulation only a trace). Snowing at the Pass but raining along the arm at sea level. Temperature 32* F at 1000′, 31* F at 2,700′. Light winds from the North.

Signs of Instability:
Recent Avalanches – No
Collapsing – No
Cracking – Very localized cracking around skis in areas with 1-4″ of wind slab/crust exists (roughly 50% of terrain we traveled).

Snow surface:
Around an inch of low density snow from the past 24 hours covers a wide range of wind affected snow. Many areas have been damaged by the winds, yet some areas of soft settled powder remain. Below 2,000′ the snow is quite sticky and slow. Not the hero skiing snow we were seeing a week ago.

Snowpack:
Average snow depth: 2-3′ above 2,500′ in the Seattle Creek side of Seattle Ridge.
Below 2,500′ the pack goes from ~2′ to 10″ at the road elevation.
The pack continues to have three main sections as seen in the pit photo. In short, a combination of melt-freeze crusts and older snow makes up the bottom half while the top half is soft settled powder with varying degrees of wind affected snow. In between these two halves is the Nov 18 rain crust. No instability has been seen above or below this crust – it is simply a marker and a layer we are tracking.

One interesting layer to note is a layer of buried surface hoar. We saw widespread surface hoar development during the clear days surrounding Thanksgiving – from 2mm to 5mm in size and at all elevations. We knew this was sitting on very soft snow that was subsequently buried on Dec 2nd with more low density snow. Because it was sandwiched between very soft layers it has intermixed to the point it has been undetectable in Turnagain Pass – until today. On the West side of Main Bowl we were able to find the buried surface hoar (5mm) and test it. It produced no results and showed no signs of reactivity. Very good news. Also, we could not find it in many other areas in Main Bowl.

GLIDE Avalanches:
One very notable glide slab has developed and moved in the past week (it was not present on Thanksgiving day – see photo). This slab has not released but looks like it is on the brink. There are also a number of smaller glide cracks on the Eddie’s rolls (West facing ~2,000-2,500′), in Main Bowl itself and in the Tincan Tree area, all at similar elevations. 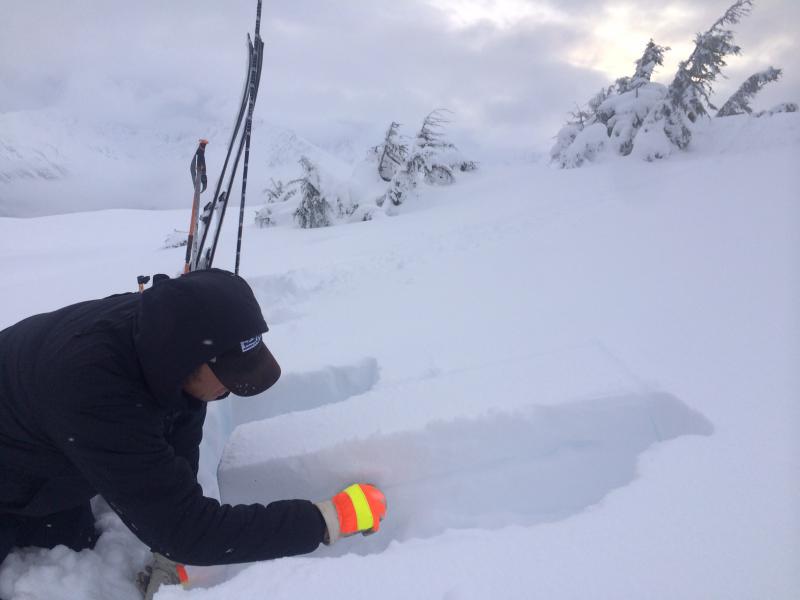 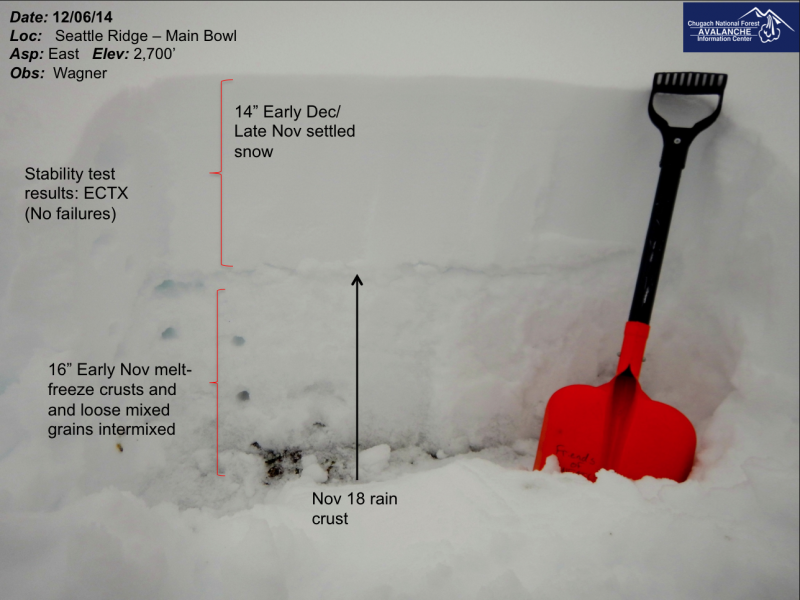 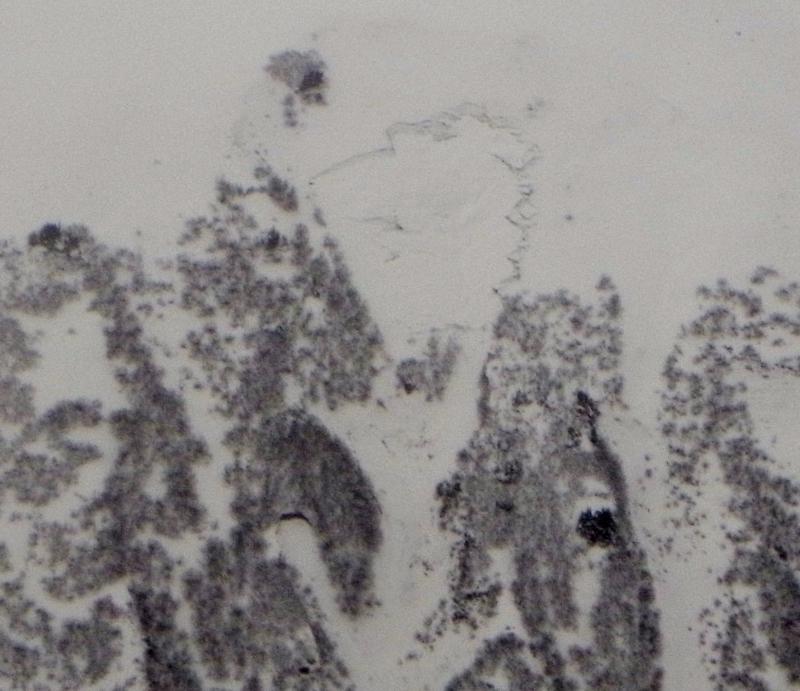 Glide slab that is cracking on every side. This slab looks like it is bound to avalanche, but we will see! 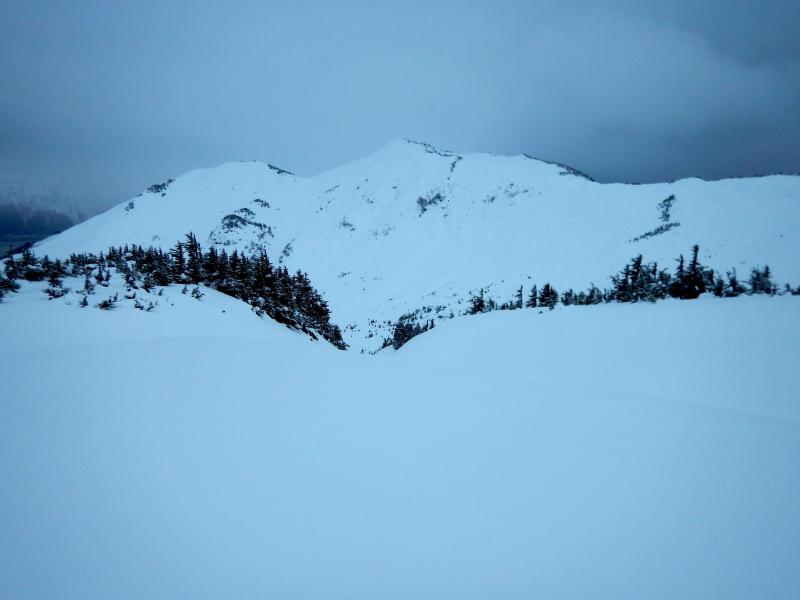 A look at the North side of Main Bowl 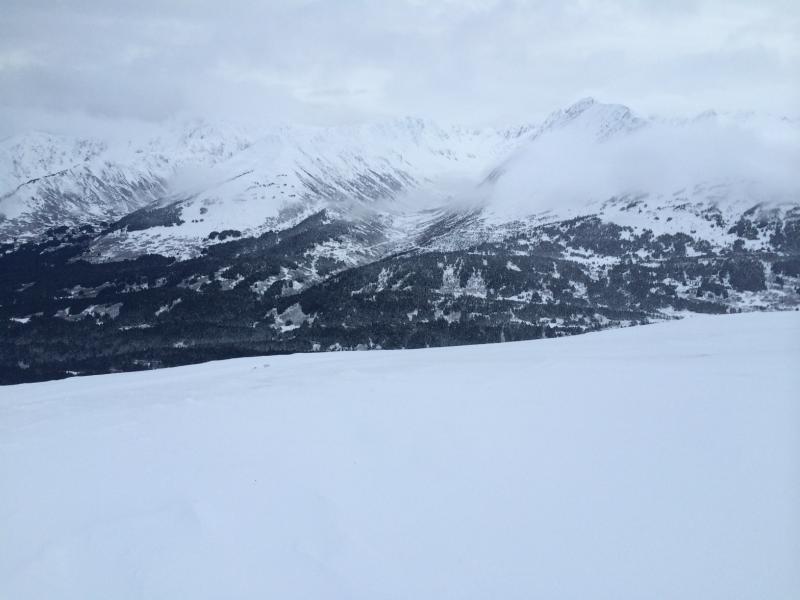 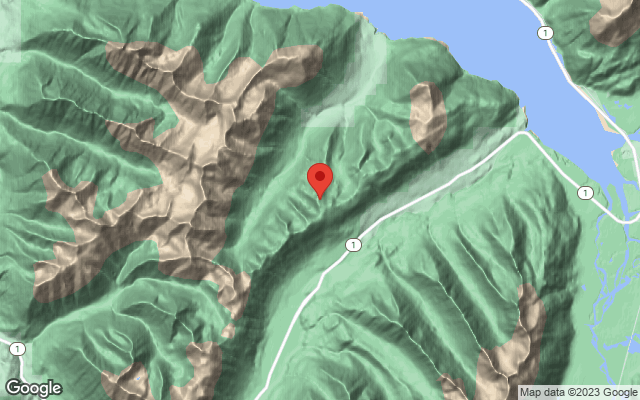