Rode up Seattle Ridge to see how the storm snow was settling and bonding to the old faceted snow below.

Calm, clear in the morning. Temperatures in the low 20s F all day. Temps felt much warmer in the direct sun. Weather did sock in during the afternoon along with some very light flurries of snow (no measurable accumulation).

10-12" of undisturbed settling powder. On the way down the Seattle Ridge up-track in the afternoon the snow surface was getting noticeably warm and beginning to bunch up in front of the snowmachines.

We had 25cm of fist hard storm snow where we dug. Storm snow was sitting above a 2-3mm, 1 finger hard, degrading melt freeze crust. Below the crust was 15cm of fist hard facets. Tests yielded failures 25cm down from the surface at the new/old snow interface and a failure 55cm down from the surface within the old faceted snow.
Results at the new/old interface were ECTN11. Results within the old faceted snow were ECTN23. 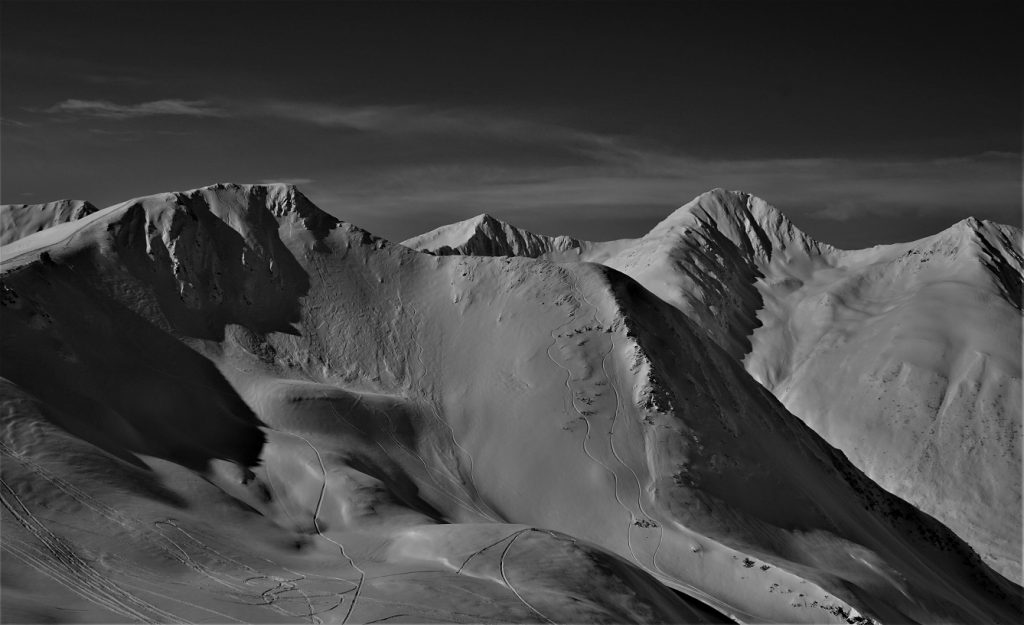 Looking South into Warm Up Bowl. Storm slab released from below the rocky chutes, likely from yesterday. Skier triggered sluffs. Natural dry loose slides off Big Chief in the background. 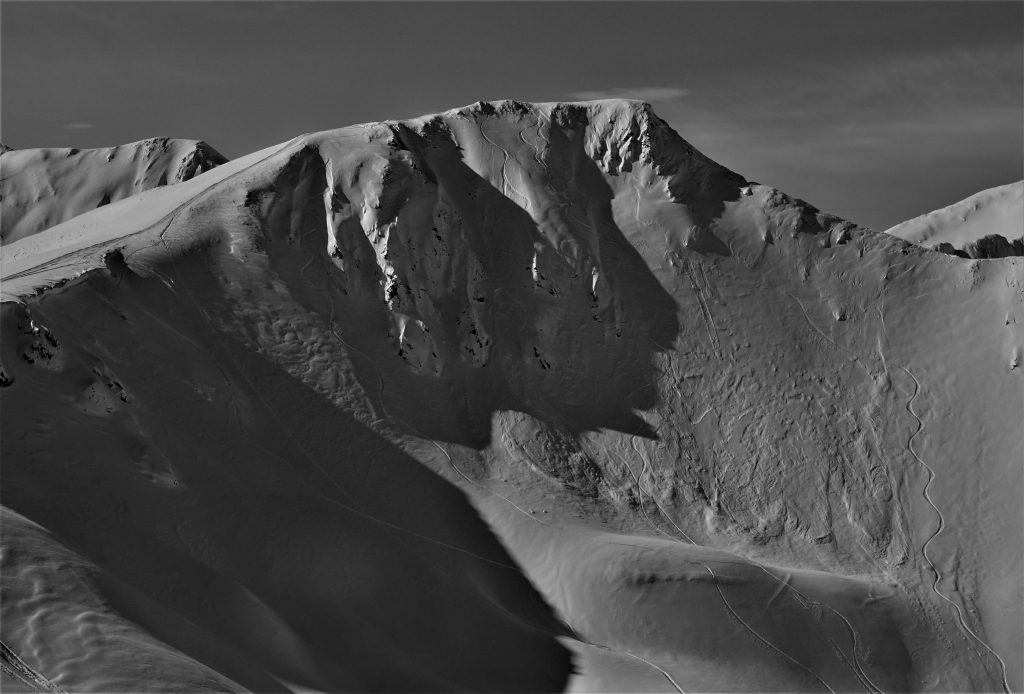 Closer view of South side of Warm Up Bowl. 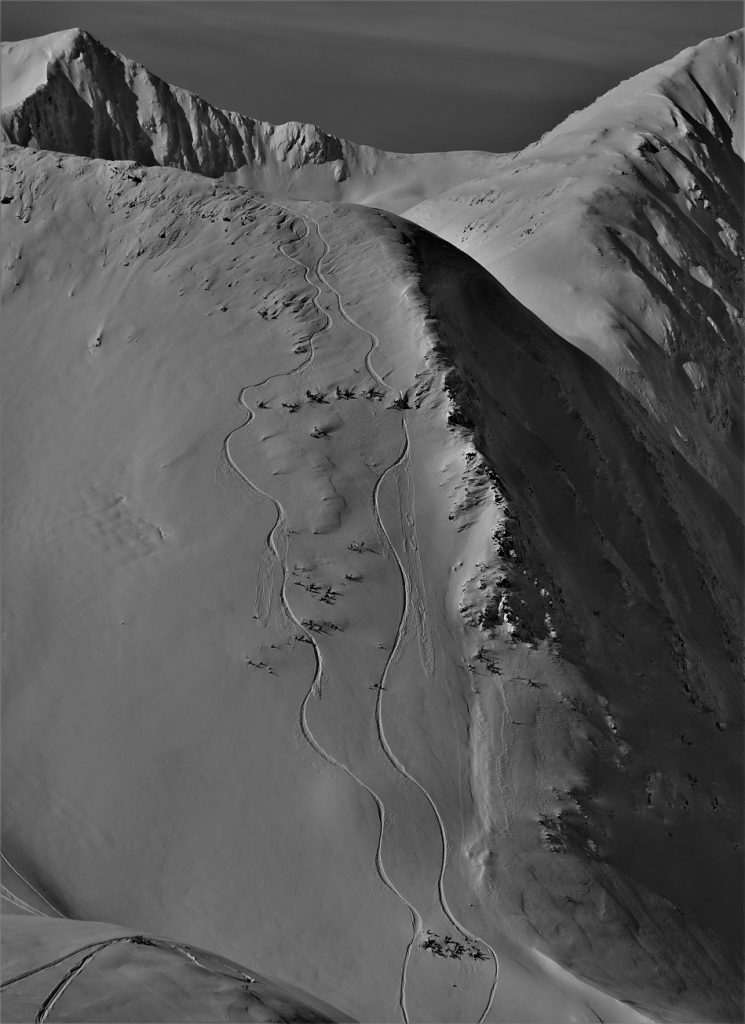 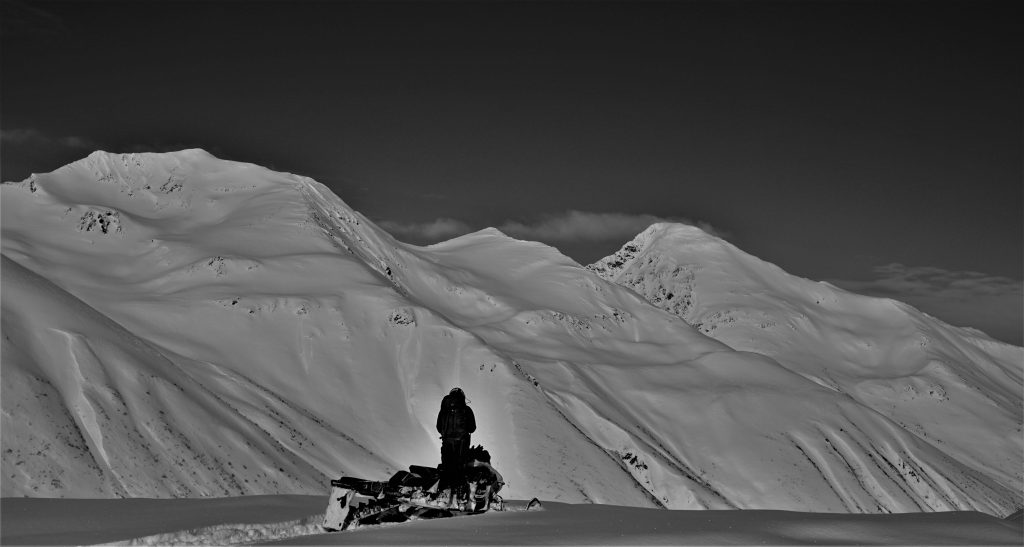 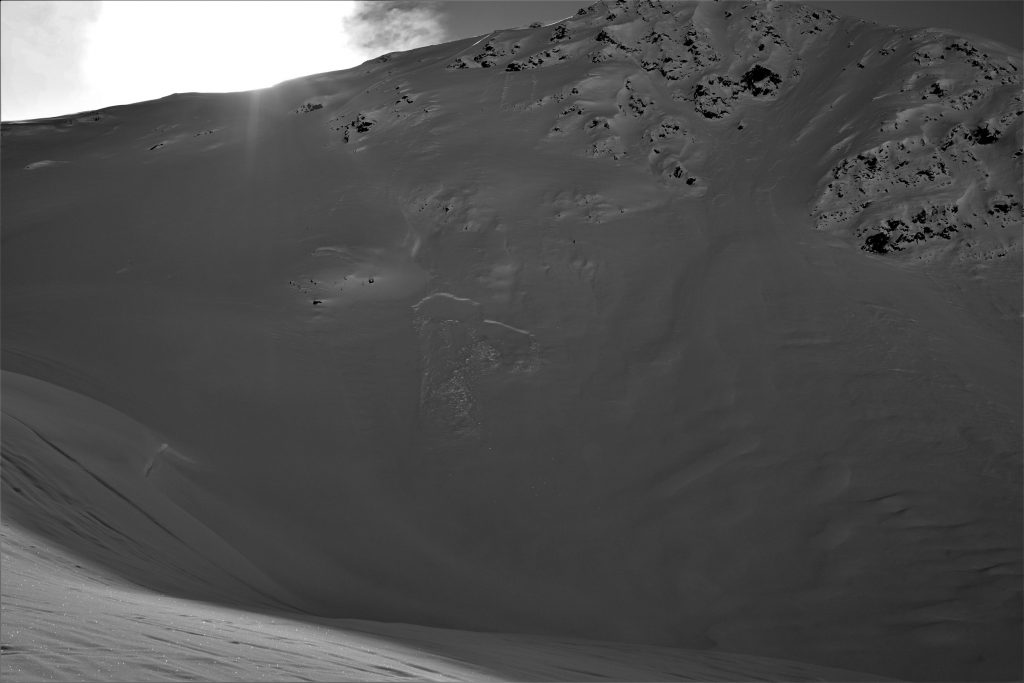 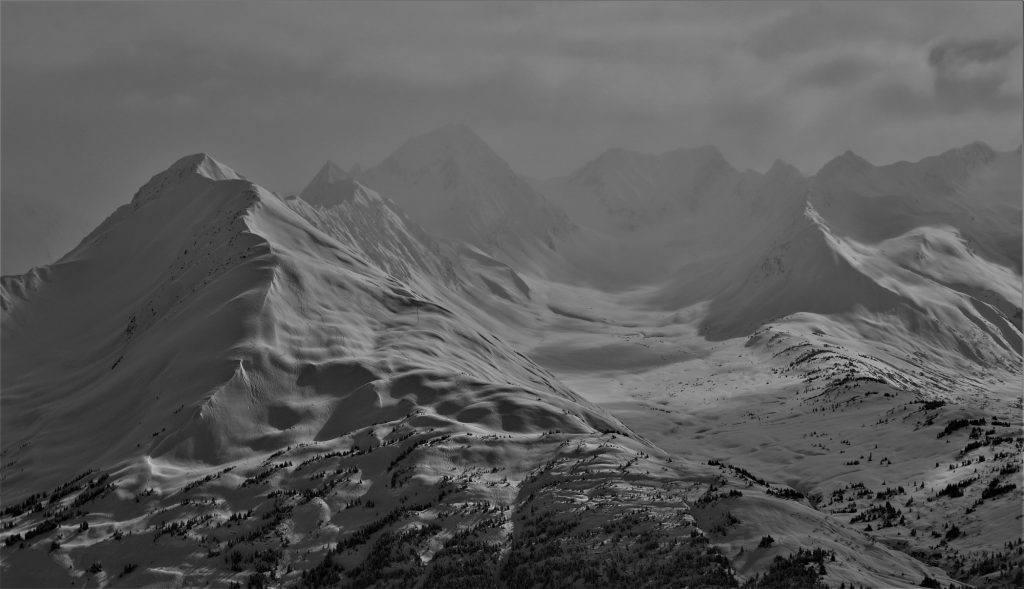 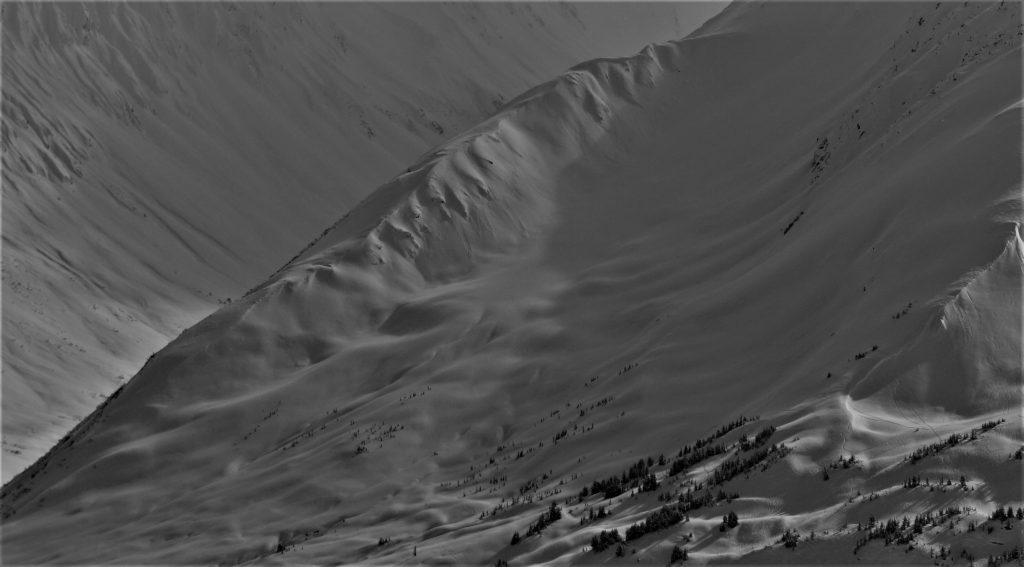 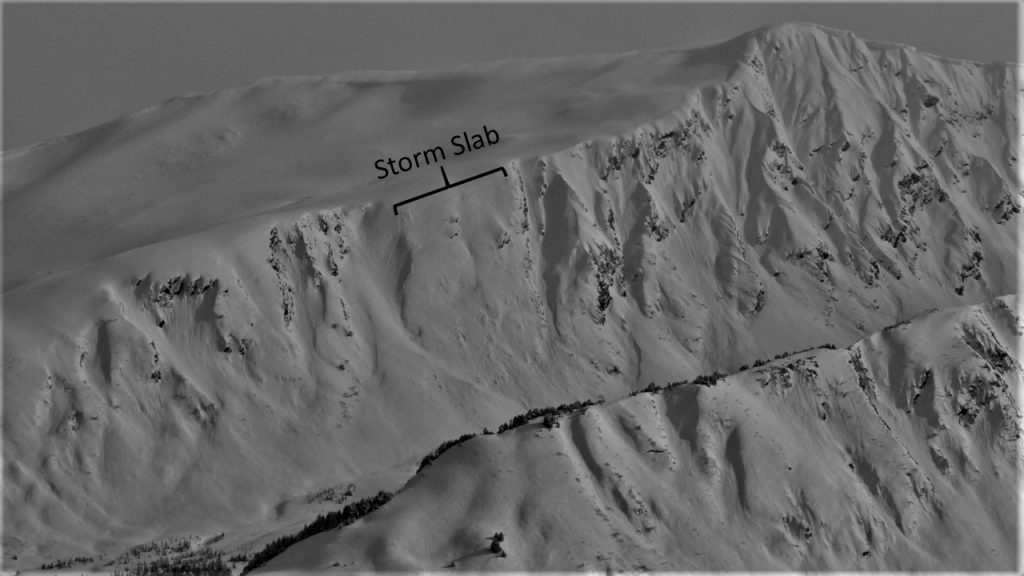 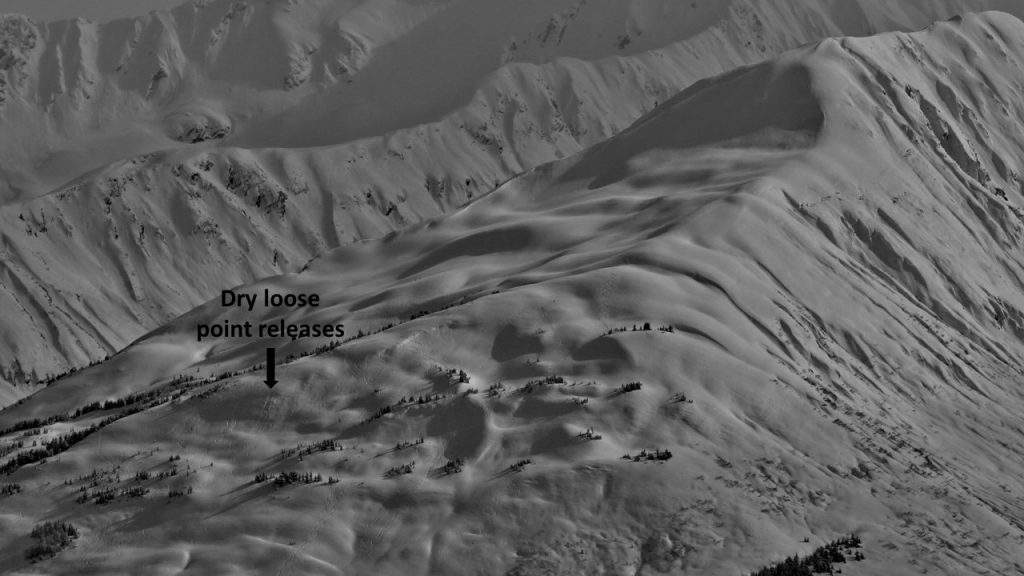 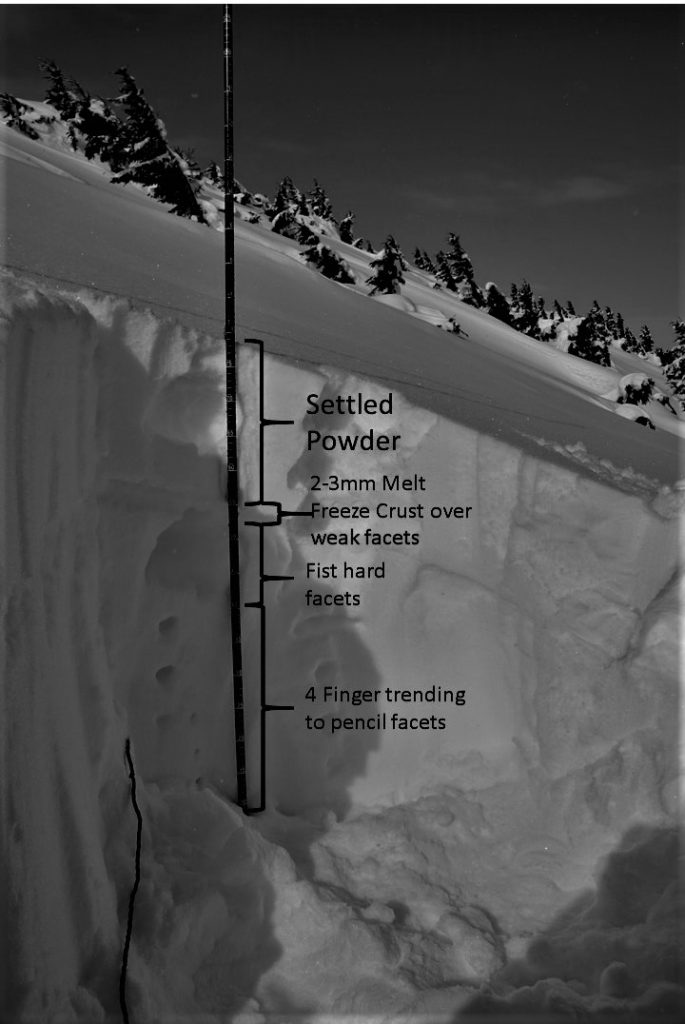 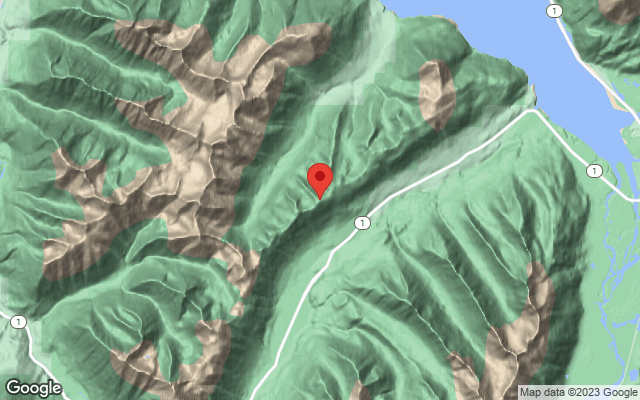