Quick trip up to Seattle ridge to take a look at both the east and west starting
zones between 2200′ and 2500′.

Easterly aspects are thin (14-20″ deep) and composed of loose faceted snow that
is mostly supportable on skis/board but not supportable to a boot. Snow is so
weak that steep (40 and more)slopes are easy to get a sluff going. A thin sun
crust was seen in scattered S to SE aspects near dark objects (trees/rocks).
Rocks biggest hazard.

Westerly aspects are thicker due to past windloading (16-30″ deep). The pack
here is rotting out as well and composed of mostly faceted snow. See photo
below. Pits showed mixed results: ECTN 25 and ECTP 21 Q2 failing 40cm (16″) down
in the top of the October facets just below a buried surface hoar layer.

No collapsing was felt today and the only sign of instability was the one pit
result showing propagation. 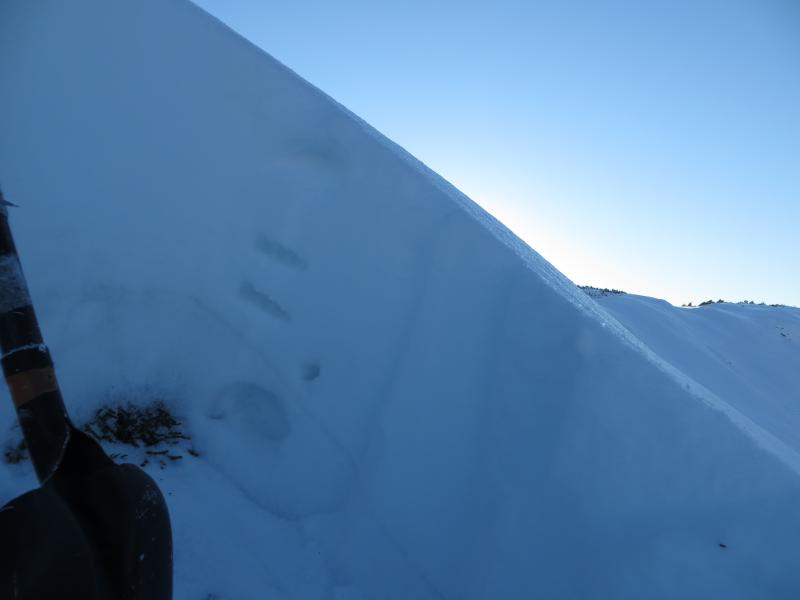 Pit at 2200' W aspect and 30 deg- Fist hard near surface facets over 4 finger rounds going to facets over fist hard October facets. There is buried surface hoar just above the Oct facets. 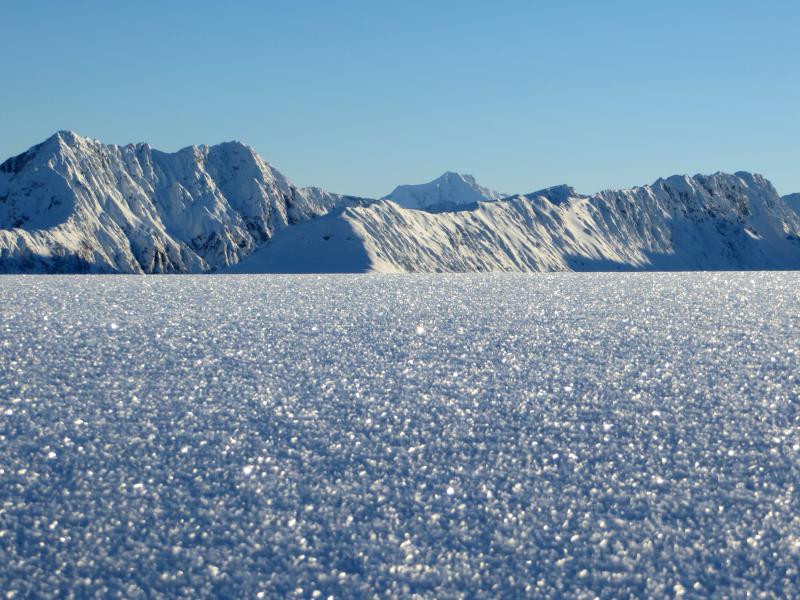 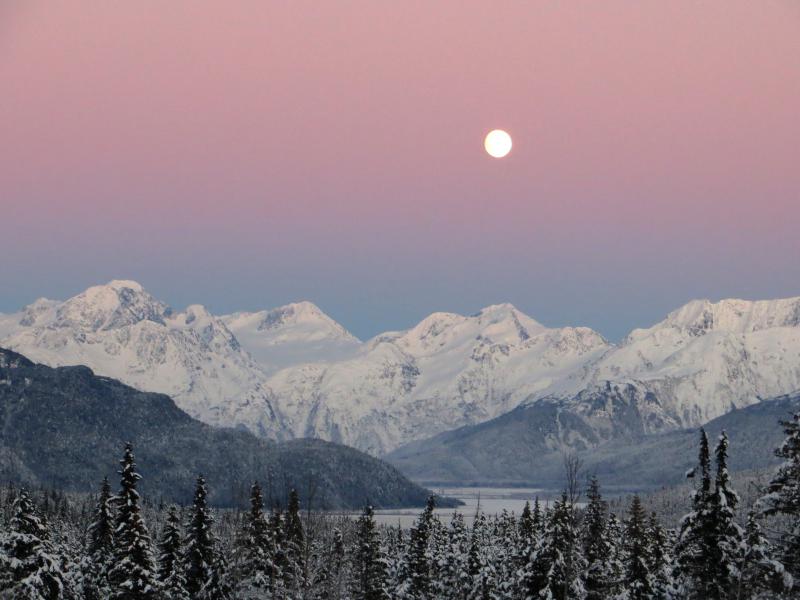 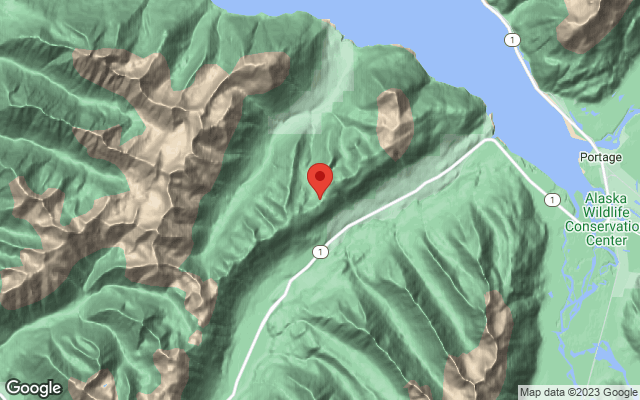