We toured into Main Bowl and skied a couple laps in decent snow but challenging to non-existent visibility. There was a heavy trace of new snow on the ground up to about 1600′, and 2-3″ new snow above around 2000′. Light snow trickled in all day, but it started picking up by the time we got back to the parking lot around 3:30. We didn’t see anything concerning stability-wise today, but the recipe of new snow and wind in the forecast could make for some issues once we start piling up snow on top of the facets that formed over the past week and a half.

Light snow and moderate easterly winds at the ridgetop. The cloud ceiling was around 3500' or so around 11:00, but dropped to maybe 2500' as we were hiking out of Main Bowl at the end of the day. Made for an interesting ridge walk.

We dug two pits on an ENE aspect at 2600'. There wasn't enough new snow yet for any concerns as far as storm slabs or wind slabs go. There was about 8" faceted snow beneath the new snow, which is sitting on the Thanksgiving crust. This faceting layer still seems to be bonded fairly well to the older crust- no propagation in stability tests (ECTN21, ECTN23 below the crust), and no clean shears in multiple handpits at various aspects/elevations as we traveled.

The biggest concern for the next few days will be new and windblown snow forming slabs on top of that faceted layer. 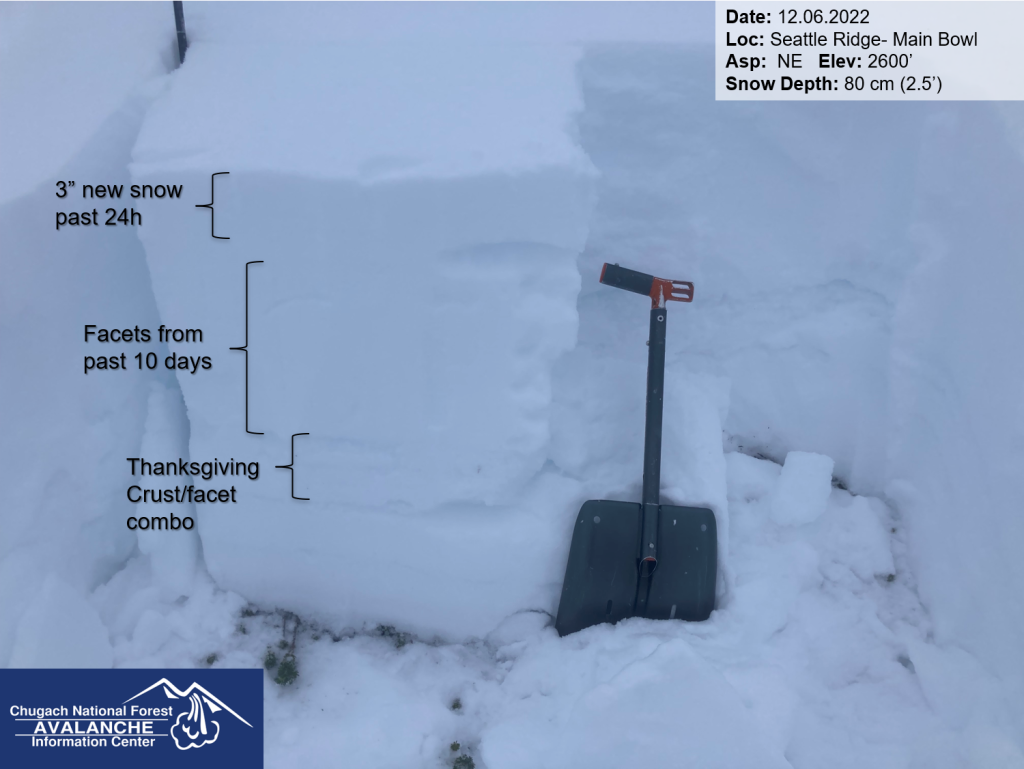 One of our snowpits near the top of Main Bowl. No concerning stability tests from this pit, but that fat layer of facets could be an issue down the road. 12.06.2022 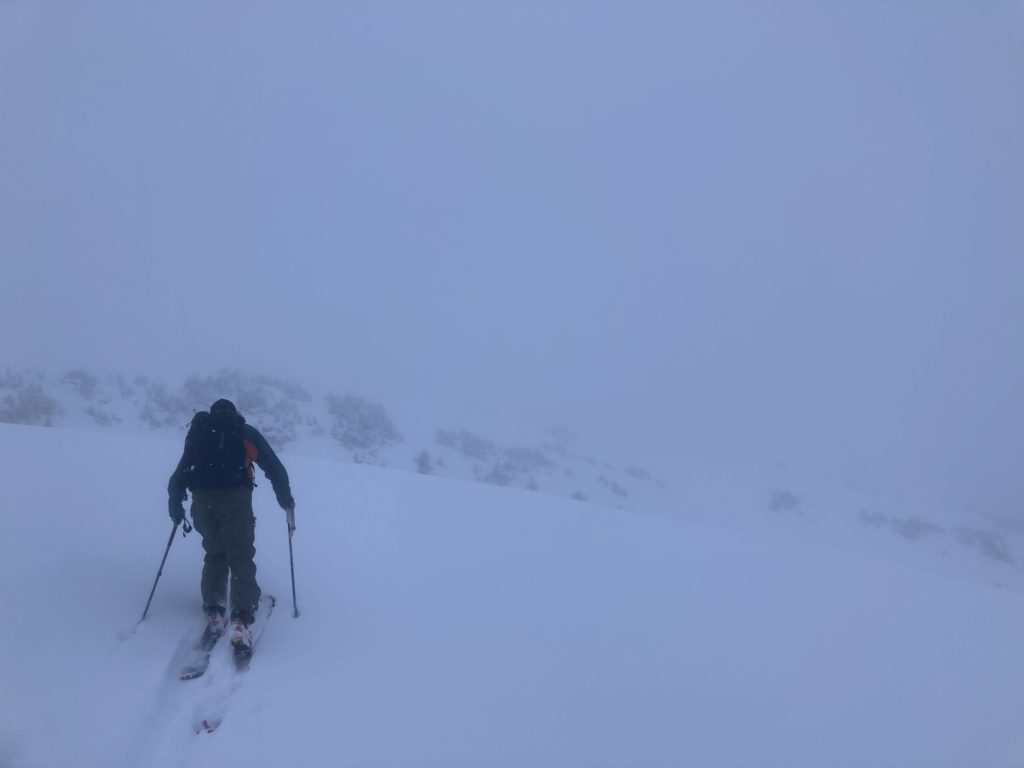 George putting the skin track in, heading into the great white yonder. This might have actually been some of the best visibility of the day. 12.06.2022 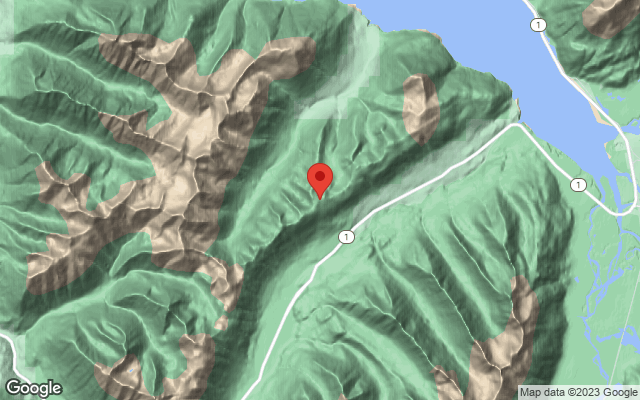