Checked out the Seattle Ridge side of the Pass today – goal was to get a look at the motorized up-track in and the avalanche conditions there.

Poor visibility hampered views of MUCH of the terrain so we have little information on natural avalanche activity.

Other than the recent avalanches we had reports of shooting cracks above treeline.

Snowfall, heavy before noon then tapering off and warming up. Light to gusty Northerly winds along the Seattle Ridge East face. Temperatures in the low 30's at 1,000'.

Bottom line: The snow was so warm and wet at 2,000' that bonding was occurring - good sign for these lower slopes... However, we were not able to access high enough elevations to assess the true start zones for slide paths such as Repeat Offender. Much uncertainty exists as to how well the new 'drier' snow is bonding with the crust at the 2,500' elevation. 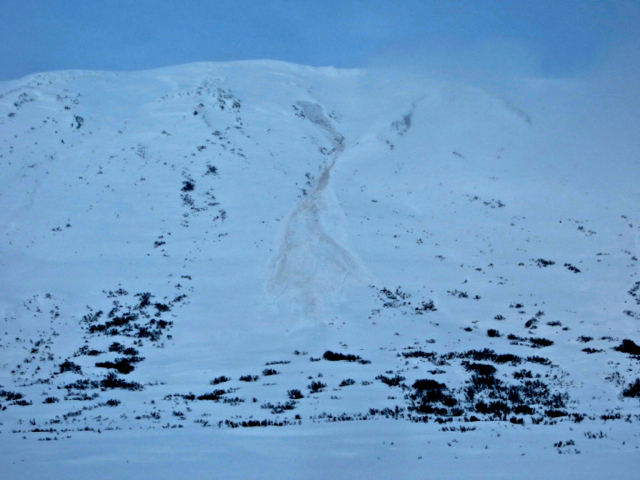 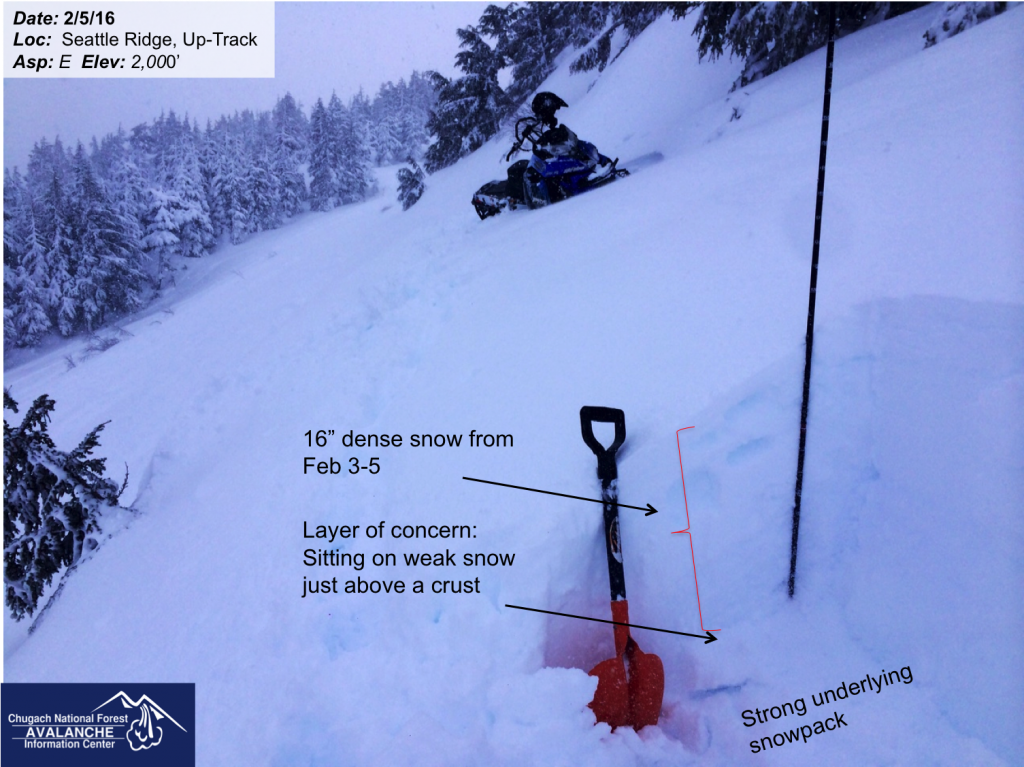