A look at the recent storm snow from yesterday and today just from the flats below Seattle Ridge.
Skies cleared just enough to see one small natural storm snow avalanche on SE Seattle Ridge at 1,500′, but otherwise only shallow sluffs could be seen in very steep terrain on Seattle Ridge. Looking through binos, I could barely make out the west face of Magnum and west face of Sunburst, no observed slides but again light was poor. I could not see any other terrain.

Small soft slab avalanche across from the motorized parking lot on the lower SE slope of Seattle Ridge. No photo due to very poor light. Slab was around 100' wide and in very steep terrain. It ran around 200' and appeared to have been in the most recent storm snow (~2 foot crown). It was slightly covered up with new snow, so must have ran sometime Friday or early Saturday (11.27 or 11.28).

HEAVY Snowfall!
Small cornice feature was easily triggered by a snowmachine on a small test slope in the Seattle Flats. This was in wind drifted snow and shows the reactivity of the recent storm snow. See video for an example.

Heavy snowfall until around noon, then some light snow showers.
Skies really tried to clear, but remained mostly overcast to broken.
Temps around 30F
Northerly winds 10-15mph before 10am, then light to calm.

The top 3-4 feet of new snow was very soft (fist hard). Wind effected snow triggered easily where it was on a steep enough slope (as seen in video). New snow was also too loose to act like a slab where there was no wind effect to stiffen it.

Otherwise the main concern is the facets at the base of the pack. Of note, the Repeat Offender slide path has not slid this season and harbors the weak facets at the base. How continuous the weak layer is, is a bit unknown. Nonetheless, something that is quite worrisome with the new load of snow and potential for human triggers. 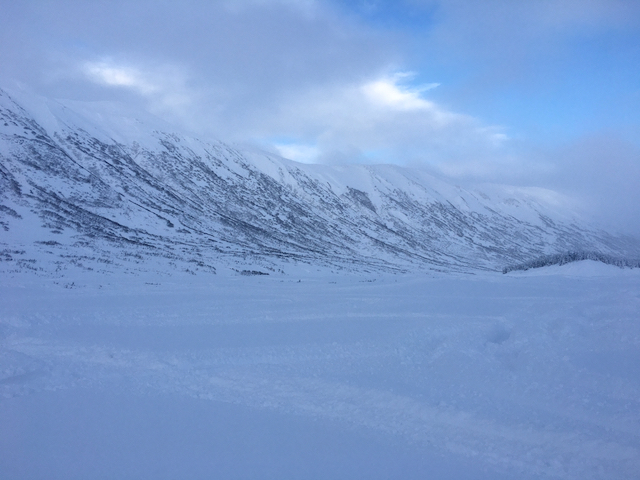 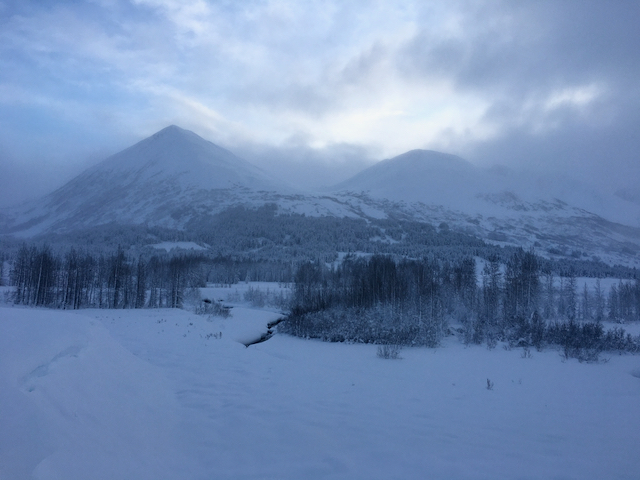 Sunburst and Magnum in the scuddy clouds 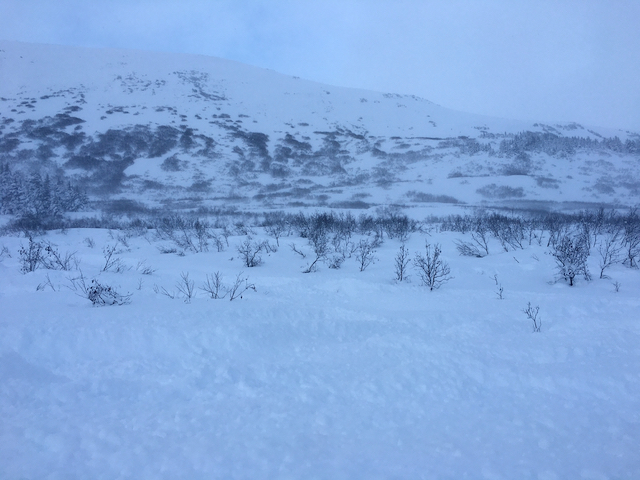 A look up at Repeat Offender slide path and motorized uptrack. This path has not avalanched this year and is very concerning with the facets at the base of the pack. 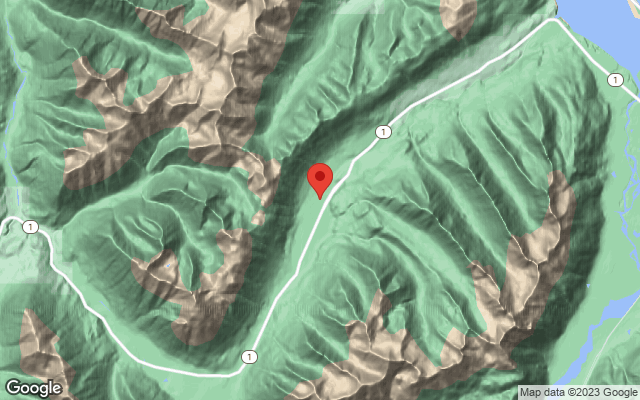