Skinned along snow machine trail through Bertha Creek Camp ground and ascended East facing slope of Seattle Ridge. Variable surfaces and depths as we ascended, but in general snowpack was very thin and faceted. We did not observe any obvious signs of instability.

None observed. Cracking was present in places with old wind slabs, but it did not produce shooting cracks. Rather the wind slab would break into a bunch of pieces directly under skies.

Sunny clear skies
Valley temps (-8 t0 -3F) along road
Upper elevations (25F)
Could feel subtle radiation from the sun on cheeks, but it was not strong enough to melt the surface of the snow

Below 1200' there was a supportable rain crust under about 2" faceted unconsolidated snow. Below the rain crust is more faceted snow on the ground. Snow depths were 12-15" in the lower elevations below 1400'. Above 1400' Snow depths were highly variable. Total height ranged from 5" - 18" (15cm - 50cm) where winds have moved snow around. Most of the snowpack is composed of varying densities of faceted snow and or old hard wind slabs.

Dug two pits at 2000' on a 38* slope, HS=45cm (18") in both pits. Buried surface hoar was found about 8" below the surface in one pit, but not in the other location ~10 feet away. This layer was not reactive in any tests. Basal facets were the primary focus as they easily failed in compression tests, but propagation did not occur in an Extended Column Test, the slab broke apart with moderate force. Also the weak faceted snow sitting under the wind slab failed easily in some tests and showed some propagation potential. ECTVP on basal facets and on facets 2-3" below surface. CTVx2 on basal facets.

The snowpack structure in this area indicates a variety of weak snow, but slab was variable in size/depth and not present in other places. It also didn't show much connectivity, and had a tendency to break apart. We also didn't experience any red flags as we were traveling. The current foundation in this area is concerning for the arrival of new snow, especially if we were to receive a lot at one time. 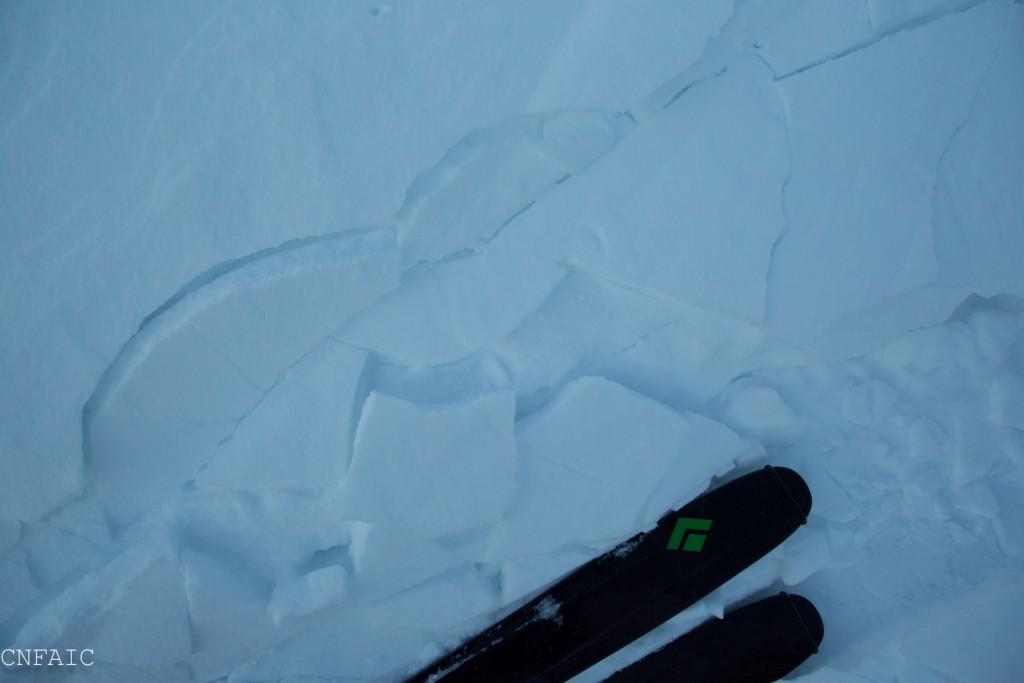 Wind slabs varied in depth from 2-4" and crumbled into a bunch of pieces in most places. 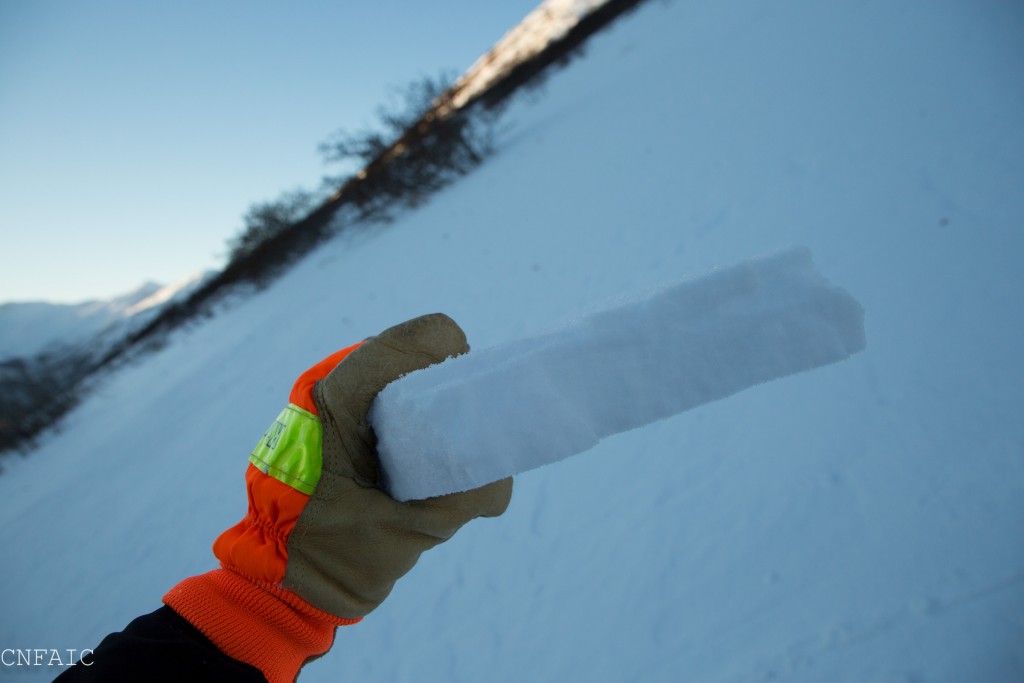 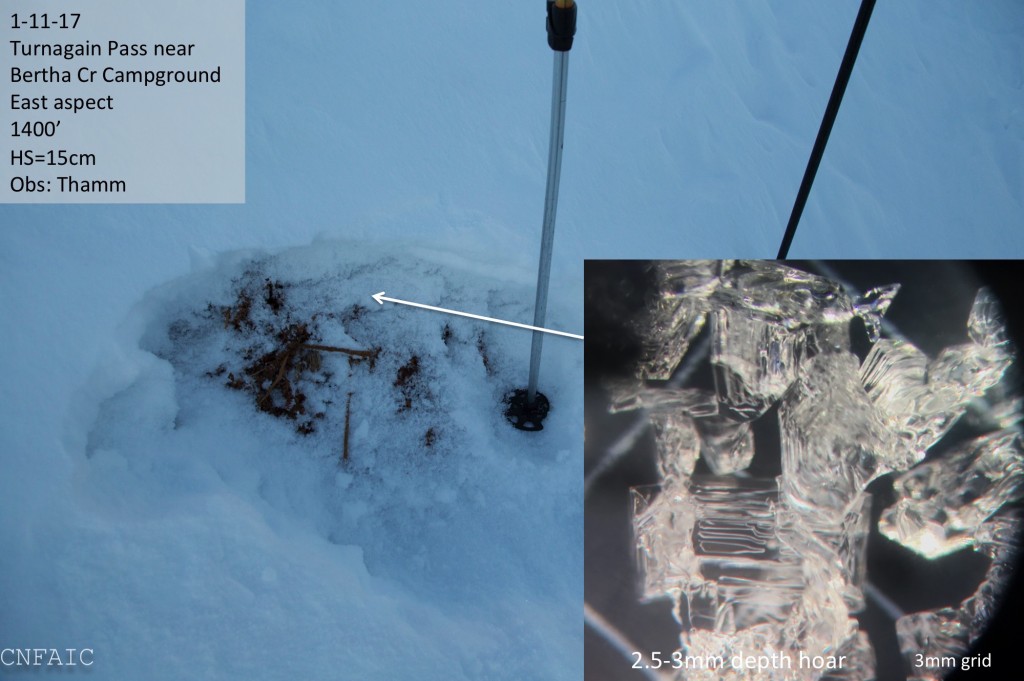 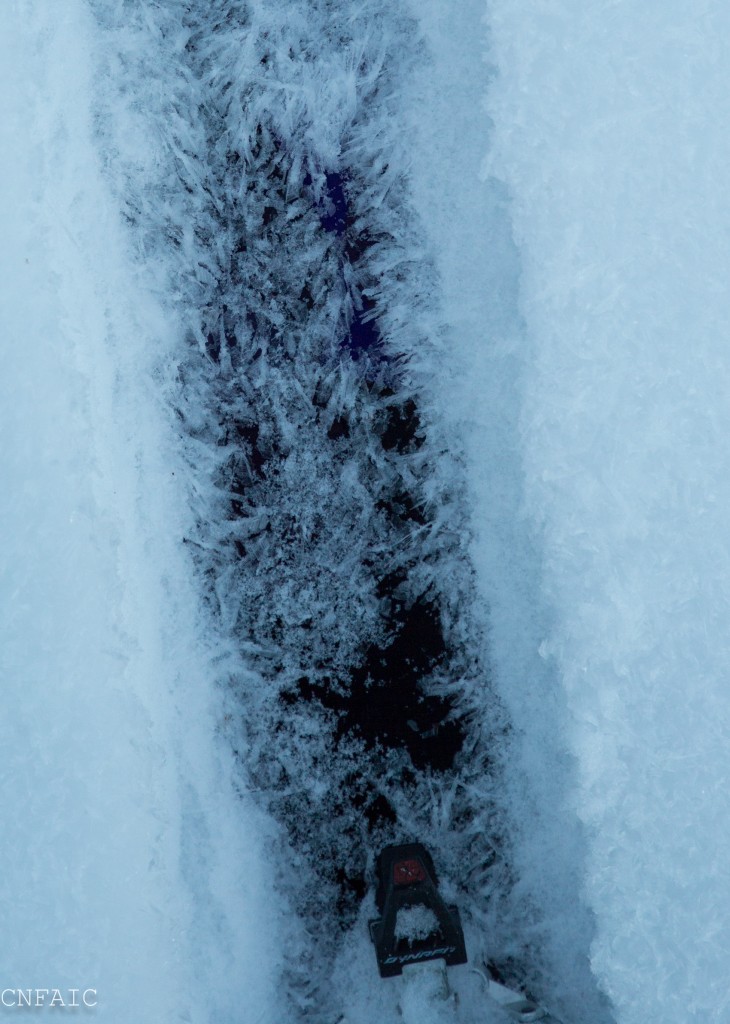 Surface hoar was found to about 1400' and varied in size from small to large. This area had big surface hoar (2cm) 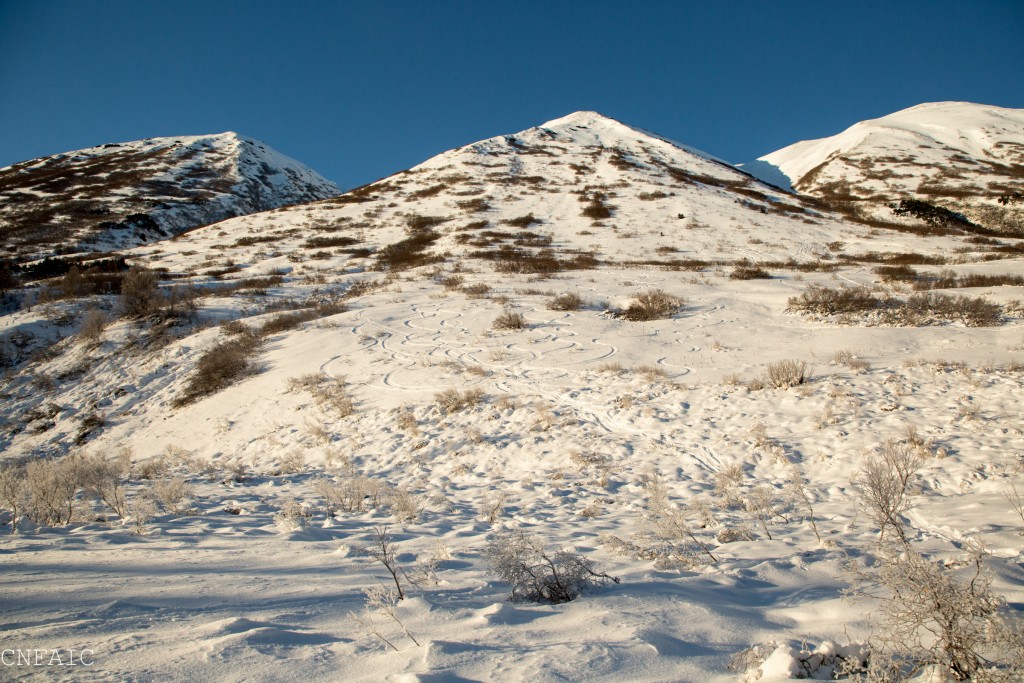 View of the area we skinned up . It was difficult to tell, but this slope had varying depths 5"-18" where winds have moved snow around 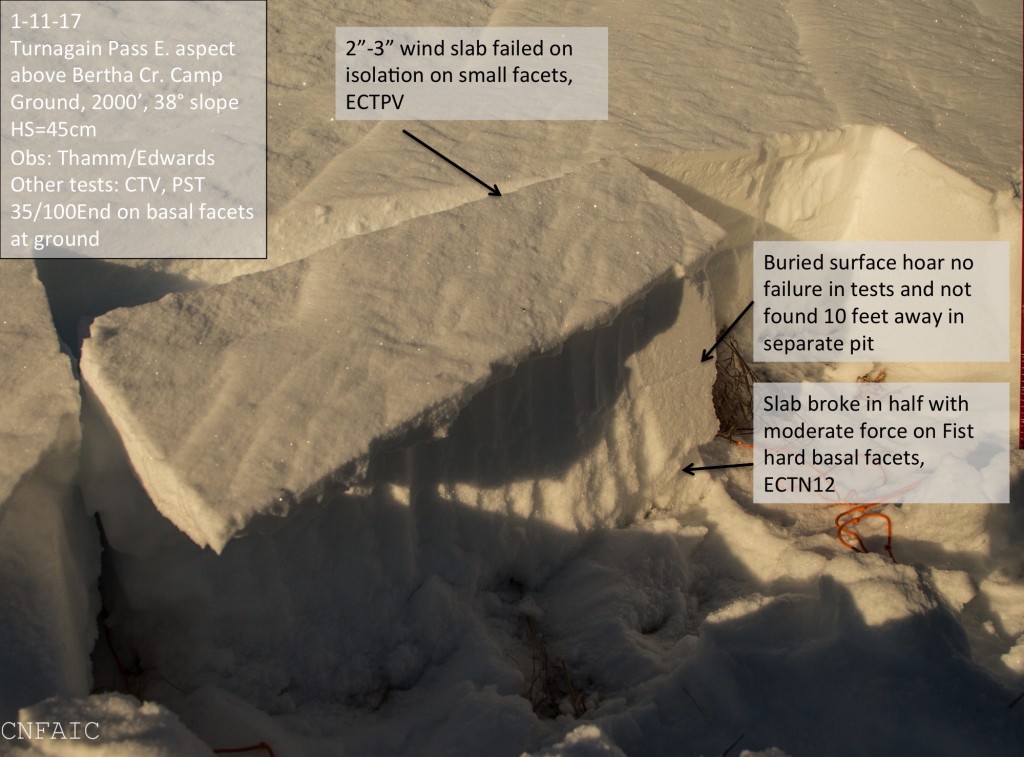 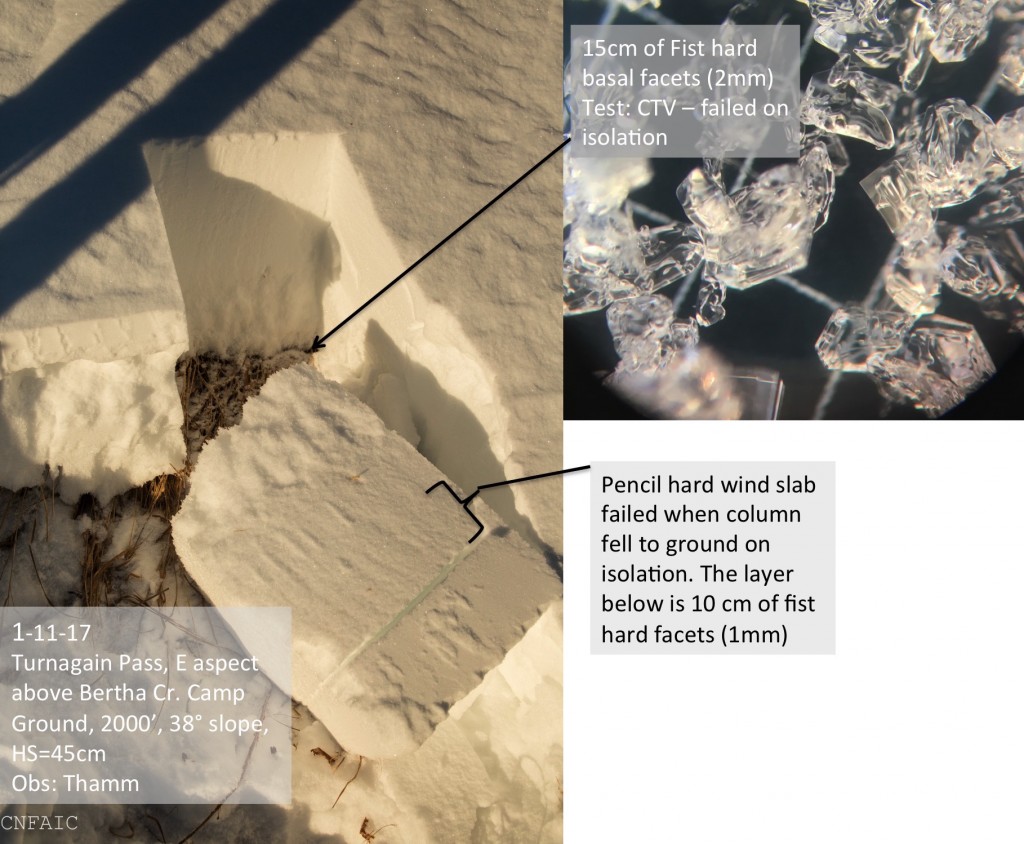 Pit results about 10' away from the pit above. The structure was mostly composed of a variety of a faceting snow with a thin wind slab on top. 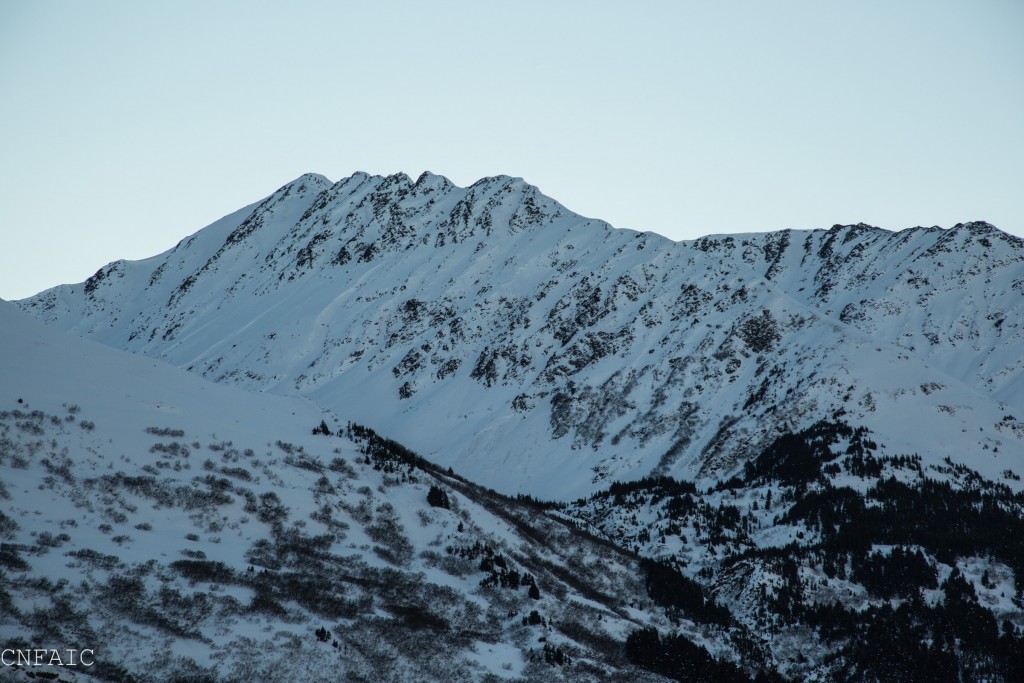 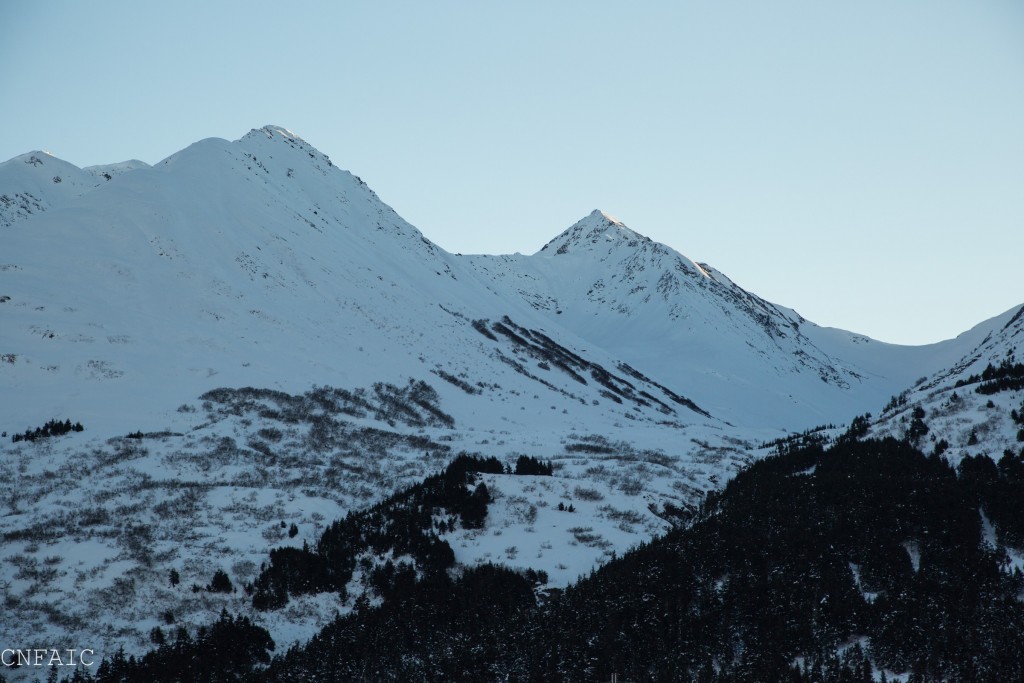 Picture of SW aspect of Corn Biscuit on left, and West face of Grand Daddy on right, as seen from Seattle ridge above Berth Creek Camp ground 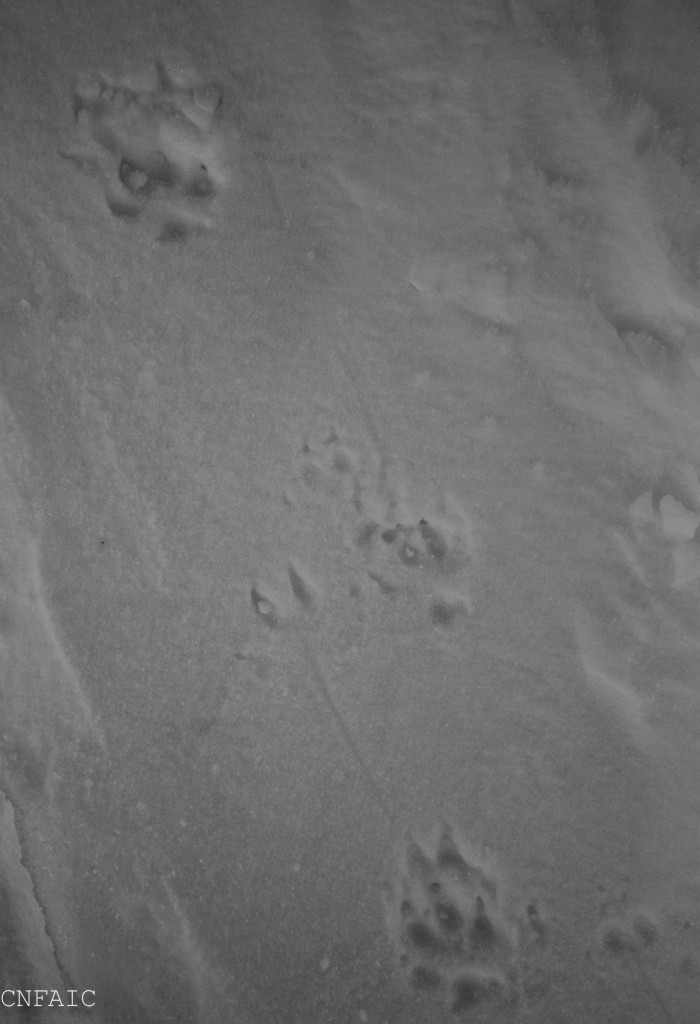 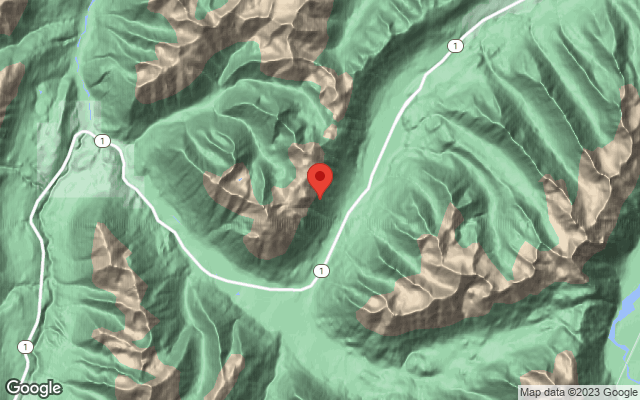