Travel was along the Seward Highway as well as a quick tour from 1000′ to 2200′ in the Tincan Trees.

Weather:
Wet, windy storm day. Limited visibility. Rain at 2,000′ changing to snow midday. Rain persisted below 500′ all day. Wind was breezy from the east at treeline in the 10mph range. Temperatures dropping from 34deg to 32 deg at 1,000′ in the early afternoon.

See video for an idea of the conditions for today.

Snowpack Obs:
Rain runnels were seen below 2,000′ formed by the 1+” of rain during the previous 12 hours.The pack is in the process of adapting to the shock of rain on snow below 2,000′ (maybe a bit higher) and heavy wet snow above that. The warm temperatures are forcing the pack to lose it’s strength. 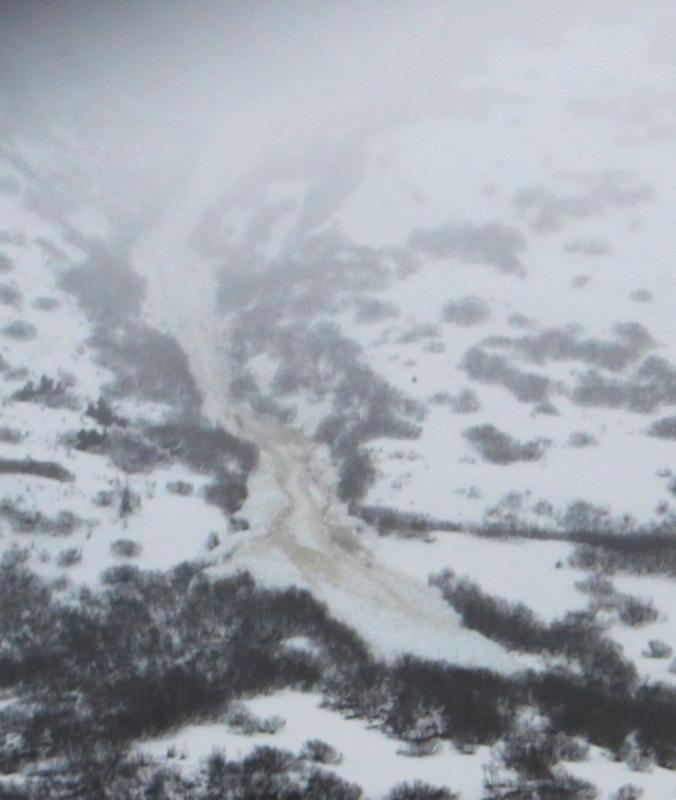 One of several debris piles at the bottom of gullies along Seattle Ridge (SE facing, start zone 3,000-2,500') 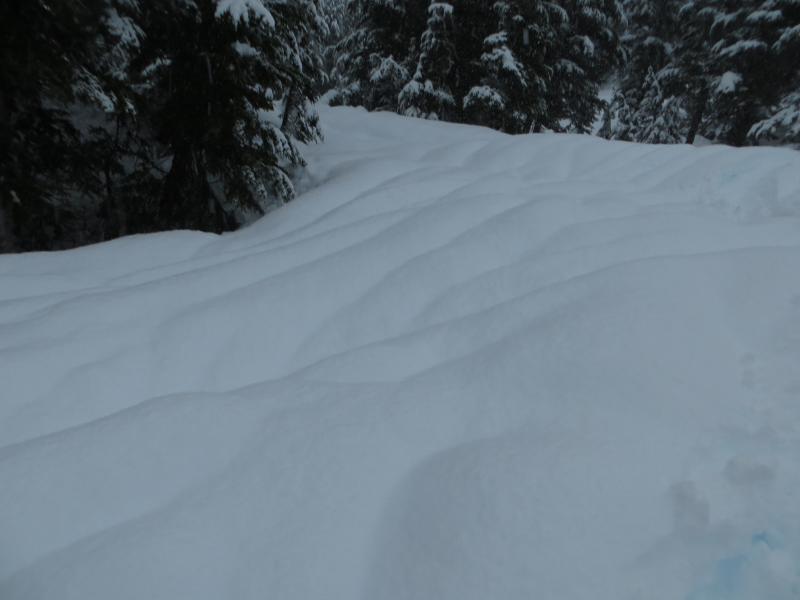 Runnels in the snowpack around 1,500' on Tincan. 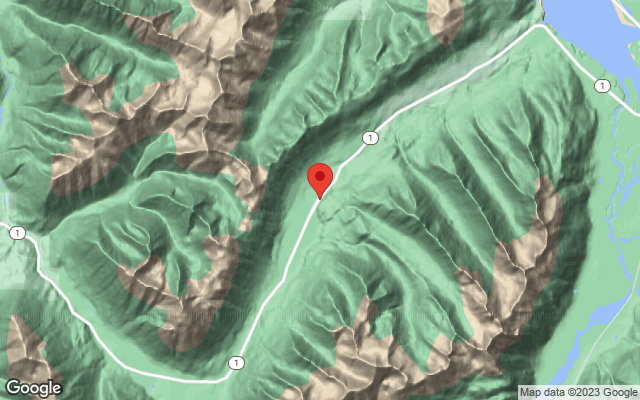