Toured to BBQ Hill adjacent to -1/Warm-up Bowl. 3019′. Observed surface conditions and probed for snow depth and crust distribution. Carefully looking at what happened to the surface hoar that was observed on 12.18.17 to the ridge lines as a potential future layer of concern. Continuing to take inventory of the basal snowpack structure and other potentially reactive layers.

2-5 cm of new snow. Thin wind skin on most of the surface snow trending to wind crust and drifts in more exposed terrain. Surface hoar was laid over and exposed near ridge lines, rime crust was also exposed or just under the surface along ridge lines.

The surface hoar noted on 12.18.17 was buried on 12.19.17. The few new cms of snow were not bonding well to this. Shovel tilt tests easily showed this all along our up track. This will be a continued layer to track as it gets more deeply buried. We were specifically trying to get to at least 3000' to dig a snow pit and look at snow depth. HS going up ranged from 35 cm to 100 cm. Probing near snow pit location on BBQ hill the HS averaged 65 cm.
Snow pit at 30019' had the basal facets above the ground and below the melt-freeze crust. They were developed cup shapes, 6 mm average chained depth hoar, dry and loose on the card. We got no results on this layer in CT tests and could not saw through the crust even with G3 cord for ECT. We also found the December 1st buried surface hoar layer 32 cm below the surface. This was preserved below a melt-freeze crust and was stubborn but reactive in CTs. CT 23 SC x 2 and propagated in a PST. 44/100 (End) down 32 cm on 12.1.17 BSH. It was not reactive in ECTs. ECTX x 2.
*Surface hoar layers are named for the date that they were buried. 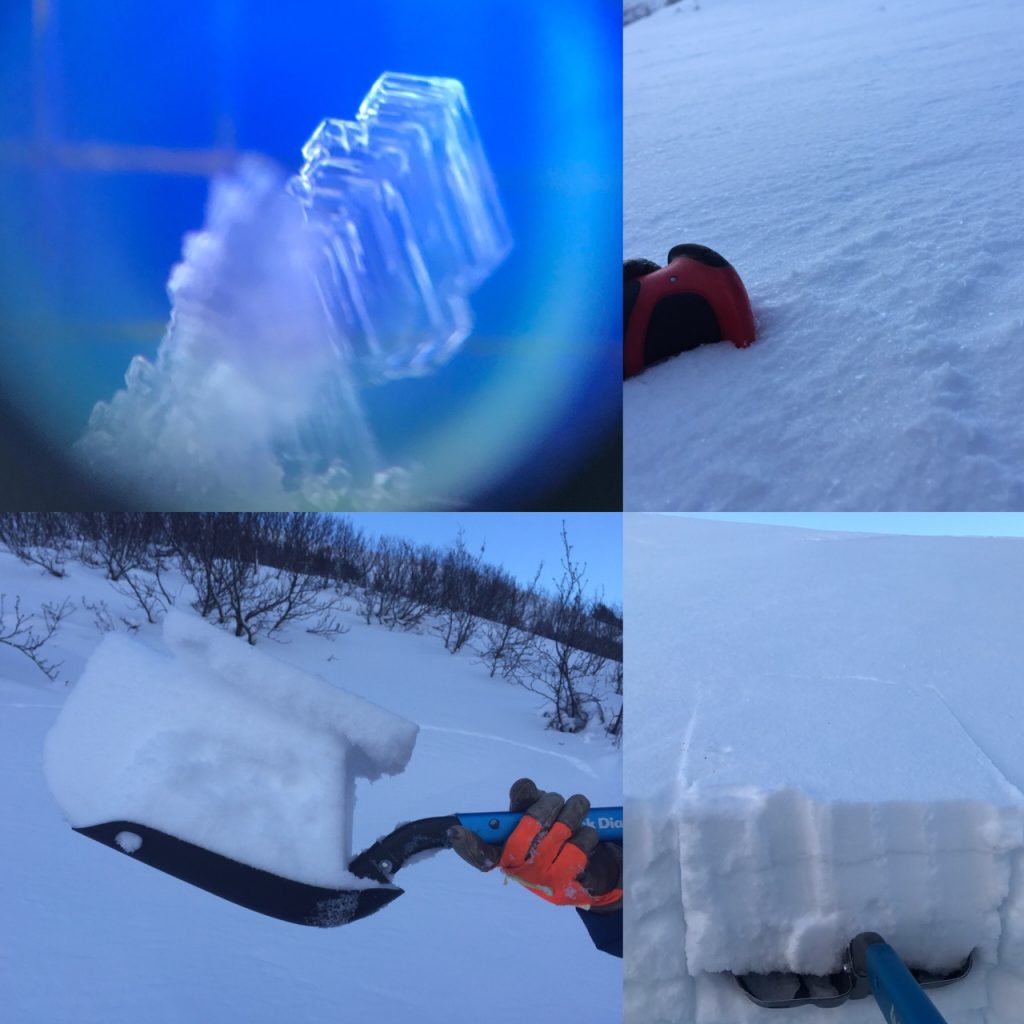 The December 19th surface hoar layer along the skin track. Buried under a few cm of new snow or exposed near the ridge. 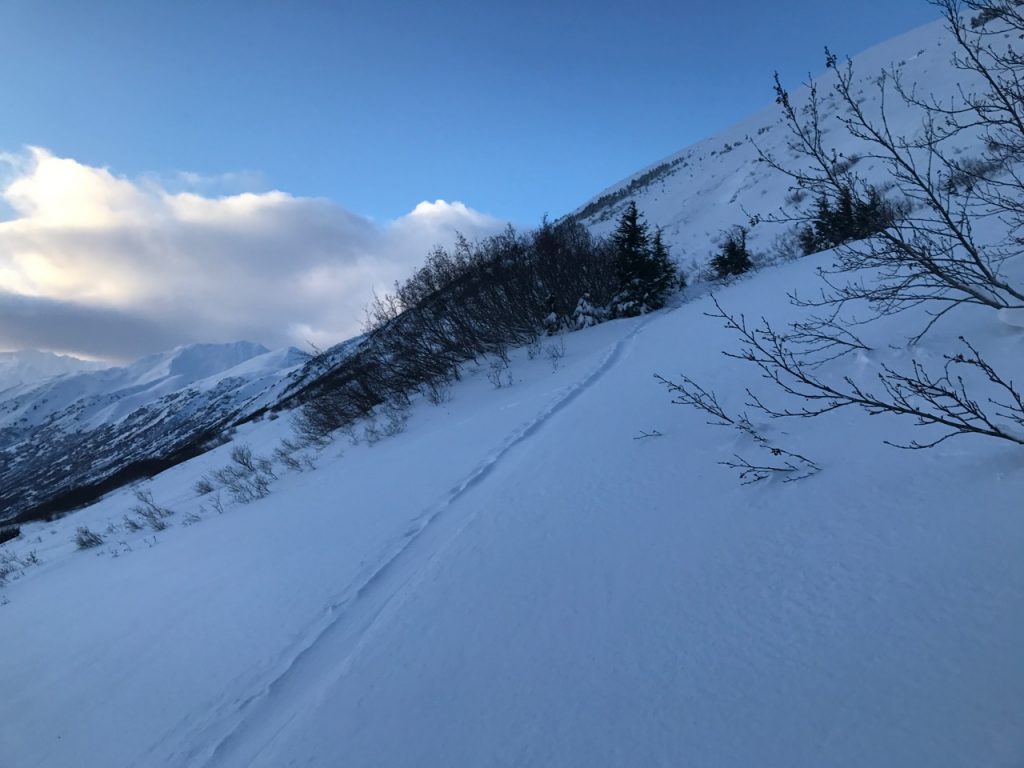 Ski track getting blown in 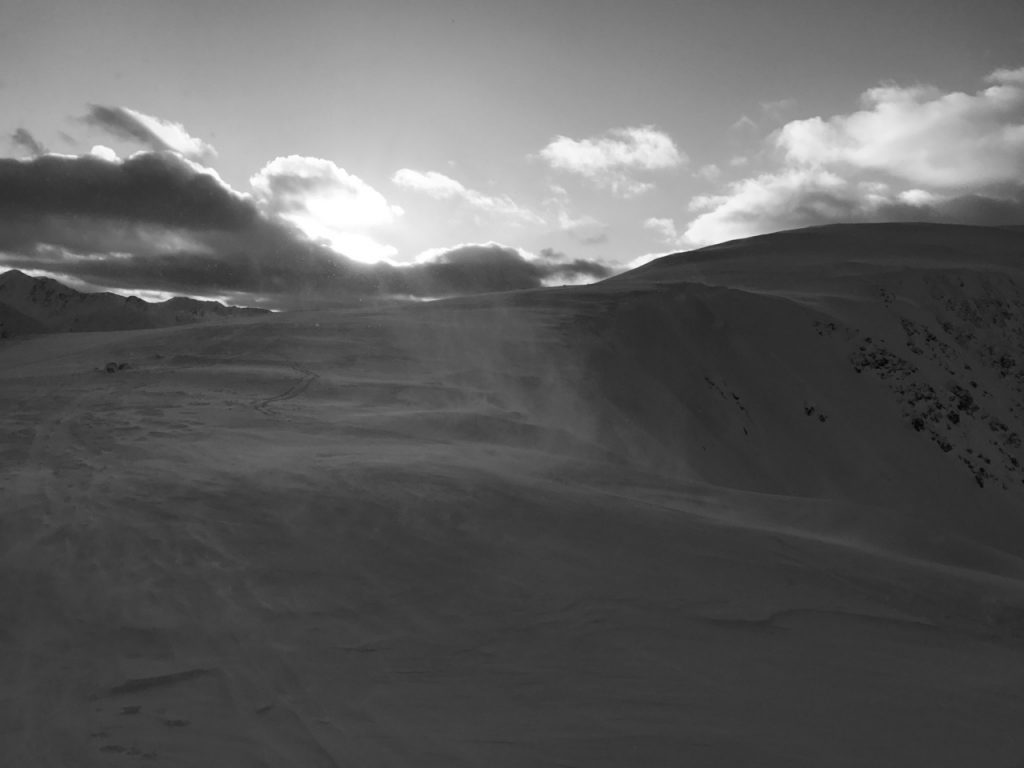 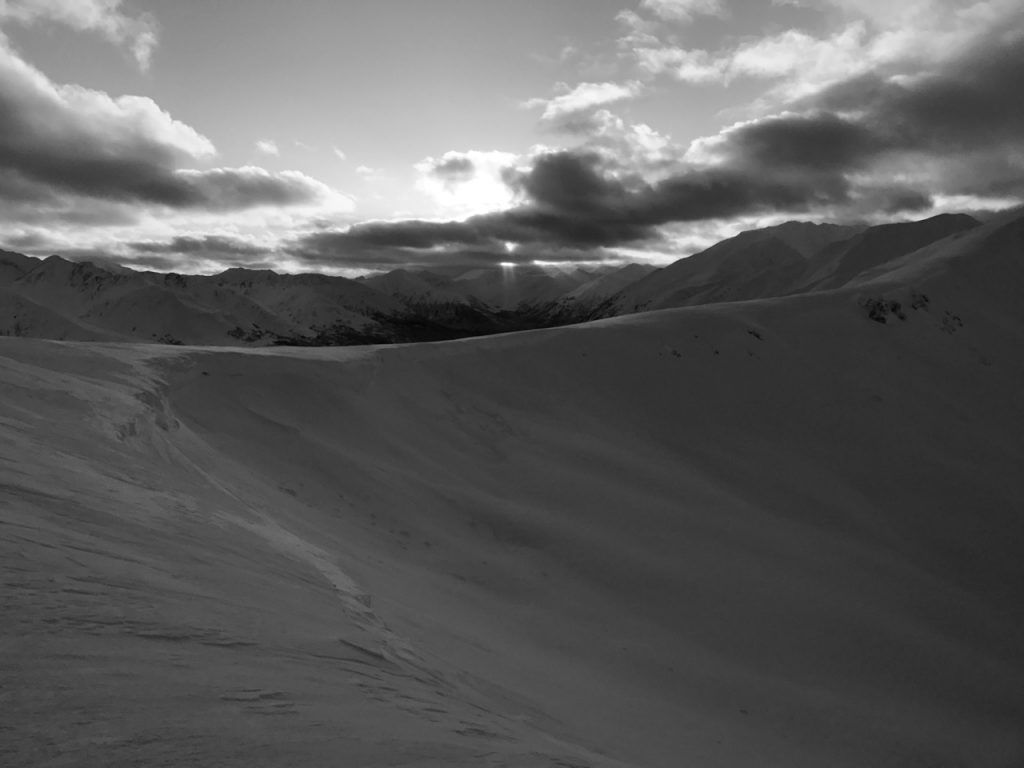 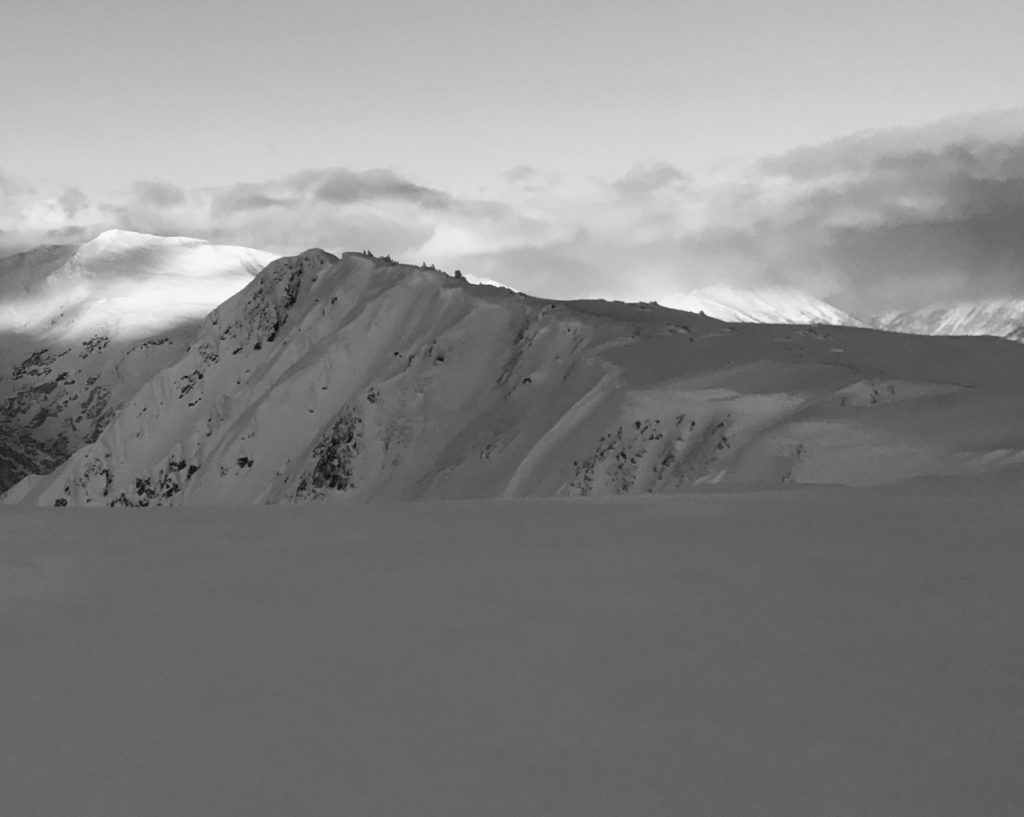 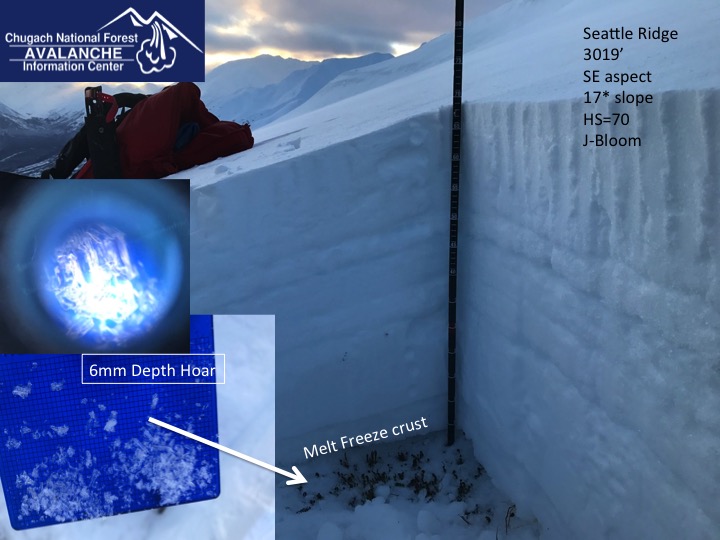 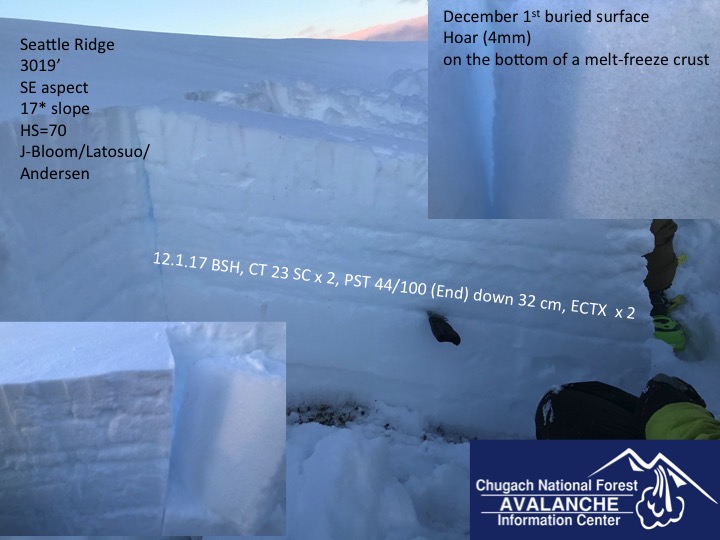 Propagation Saw Test and Compression Test on the 12.1.17 Buried Surface Hoar layer. Note the 4mm surface hoar on the bottom of the crust. 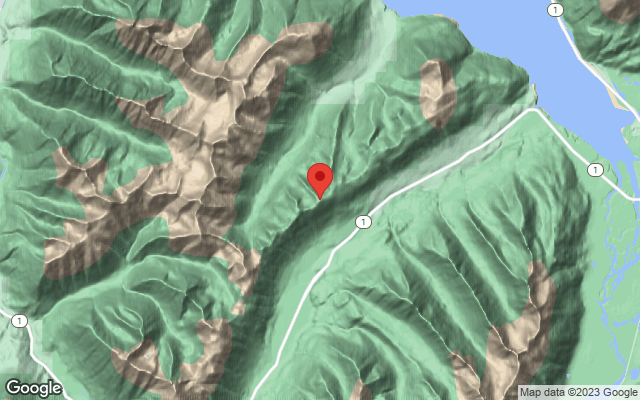