Toured up the sunny side, Seattle Ridge up-track to see what the basal facets were doing on that side of the road and to take inventory of surface conditions before the next round of storms. The surface hoar on stiffer snow in starting zones and especially over the rime crust across the top of Repeat Offender will be important to remember. Cold temperatures are also starting to facet surface snow.

Other observations of note: cornice in Zero/Mama’s Bowl looks to have released during the last week’s wet storm and most of the evidence was covered by the snow last Friday, there was a slab lower down that looked like it occurred during the Friday’s storm, did not observed evidence of avalanche cycle in 1st/Main Bowl. During quick road obs saw that there is cornice development above PMS bowl on Magnum and an old slab avalanche near the top of Lipps, SW face that also looks to be from Friday’s storm.

Clear
Calm
Temps: low teens at the truck up to the low 20s on the ridge.

We dug three pits and did a fair bit of probing across terrain to get a sense of snowpack depth.

Pit #2) Main bowl/Hoar Farm, 2820' NE aspect, 22 degrees HS=80 cm. (See photo) Basal facets were dry and loose both above and below a crust near the ground. Above the crust they were 2 mm. below the crust 3-4mm and cupped. Compression test failed both above the crust (CT 30) and below at the ground. CT 18, CT 30. Did not do an ECT due to the 10 cm crust 15 cm below the surface that was knife hard and almost too hard to saw through for CTs. The newly formed surface hoar at this pit location was 4-6 mm.

Pit #3) Above Repeat Offender, 2585' SE aspect 23 degrees HS= 115. Really variable depth above Repeat Offender ranging from 30 cm to 130cm. Basal facets were moist and not reactive in CTs or ECT. There was a layer of 1F, slightly faceted below the main crust 30 cm below the surface the produced CT 11 x2. No propagation on this layer in the ECT. 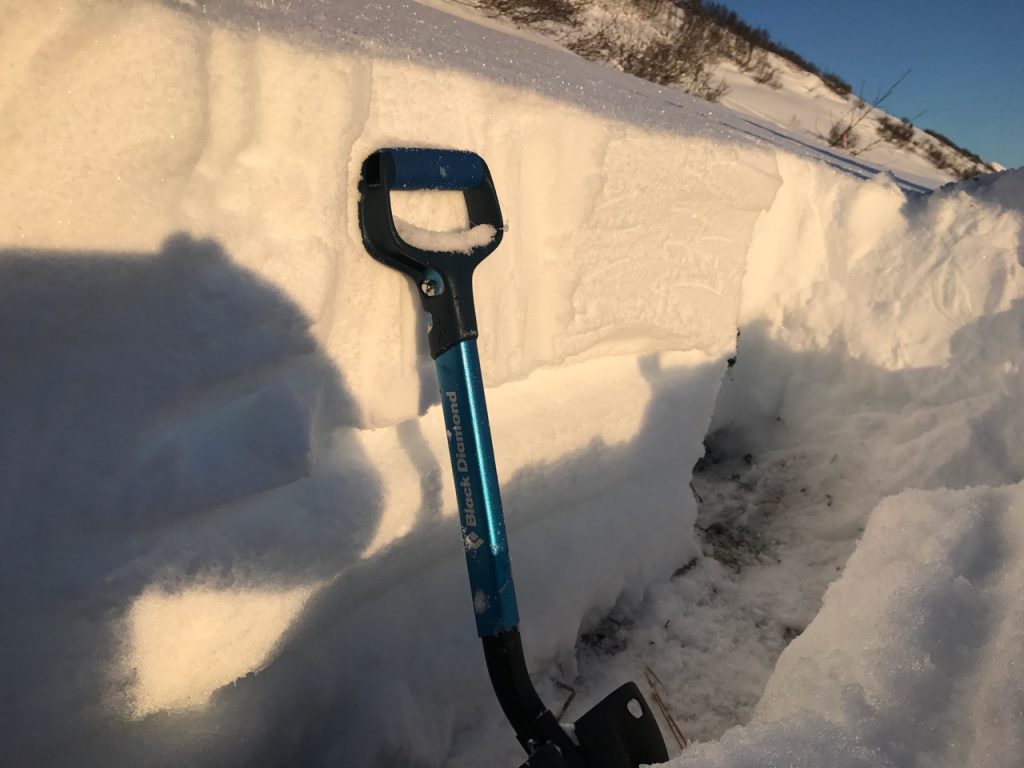 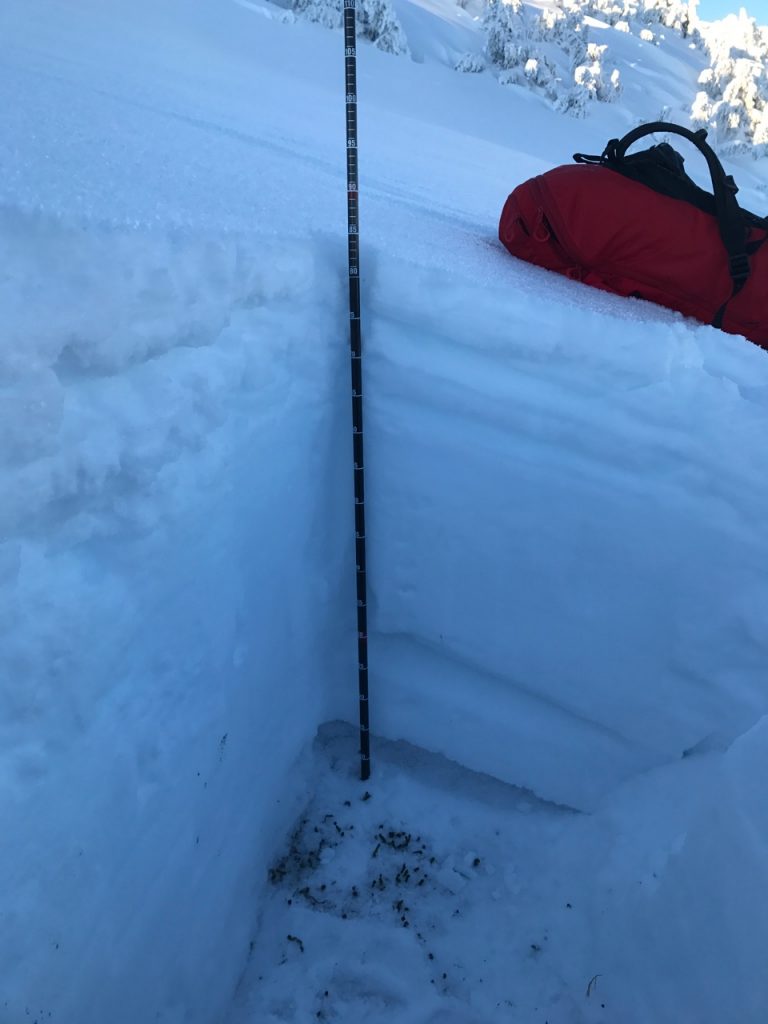 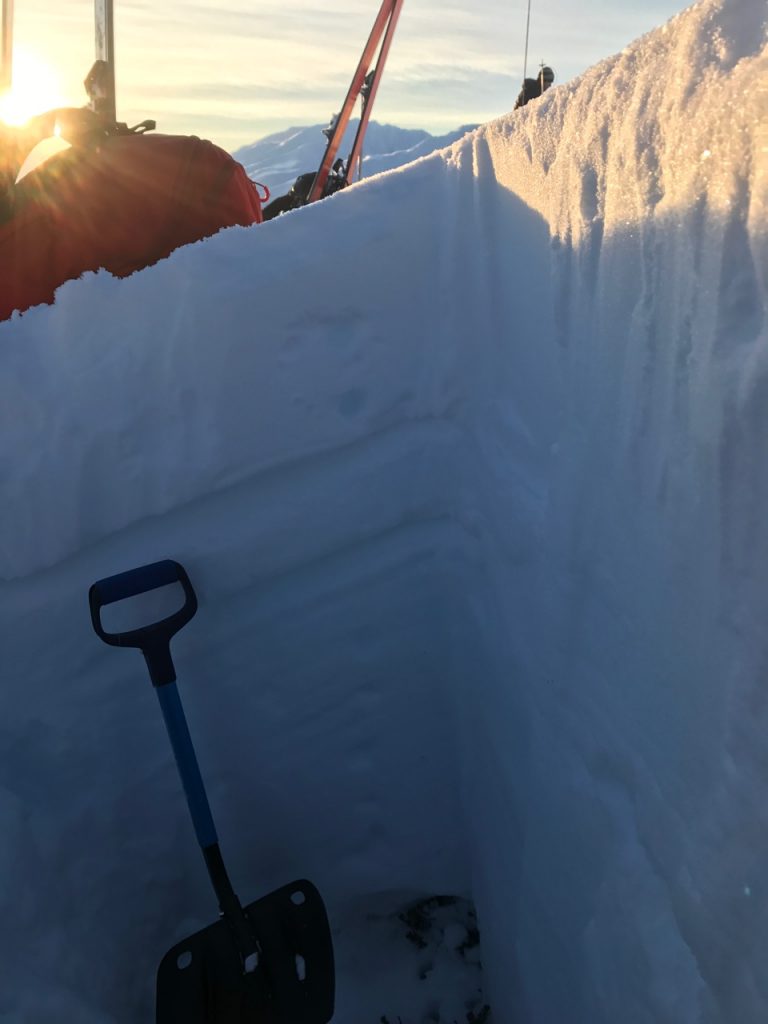 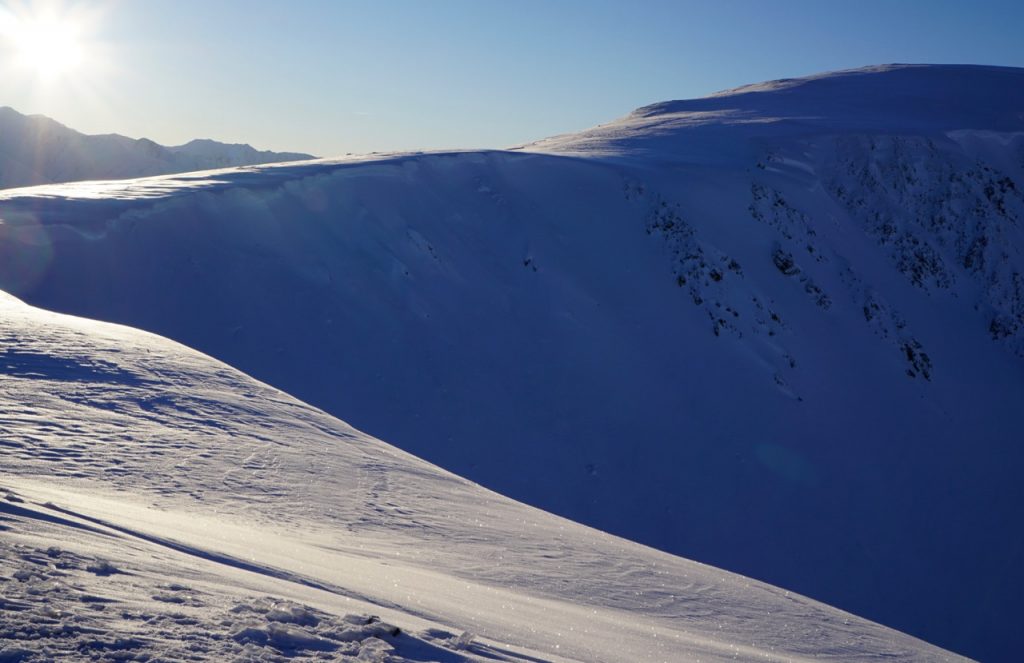 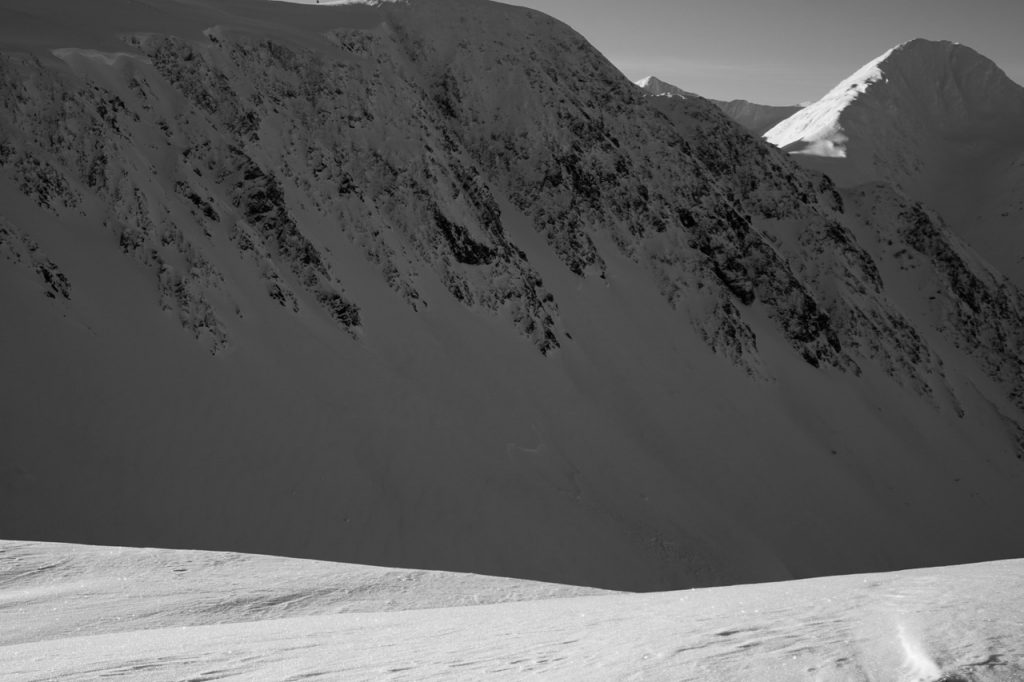 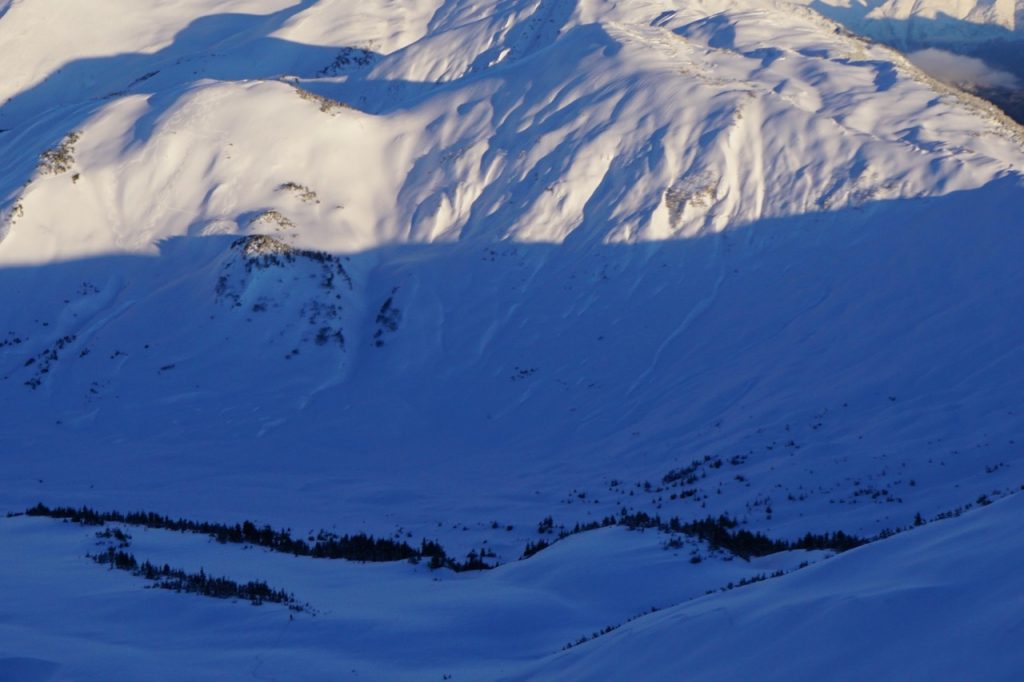 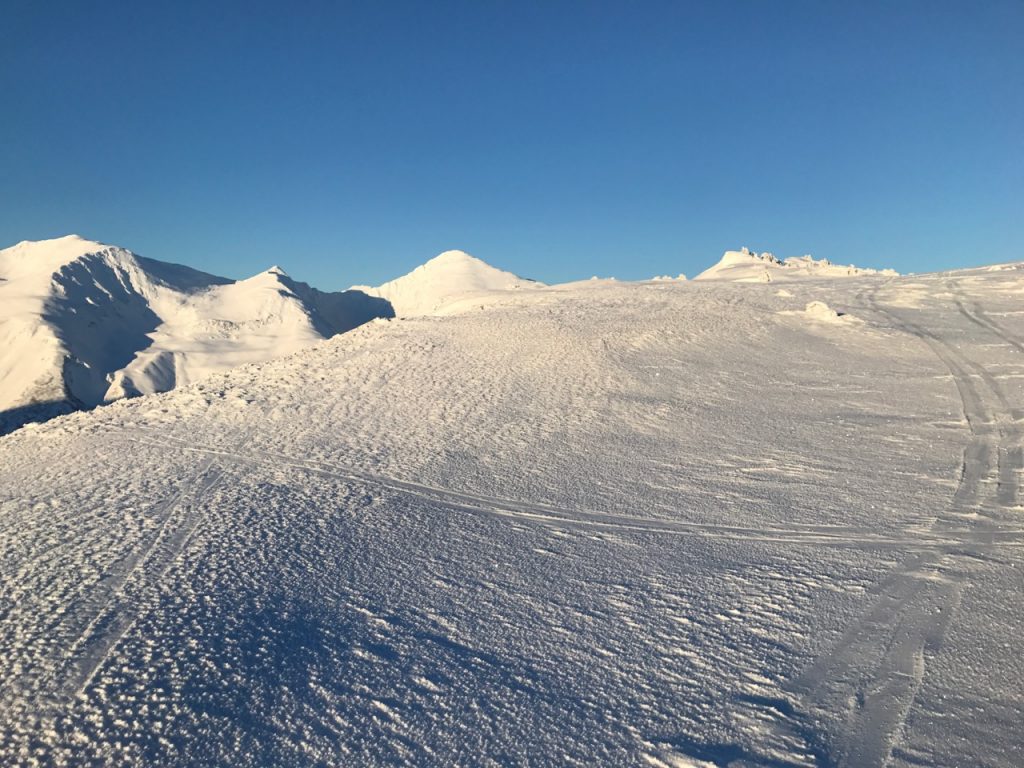 Rime on the ridge 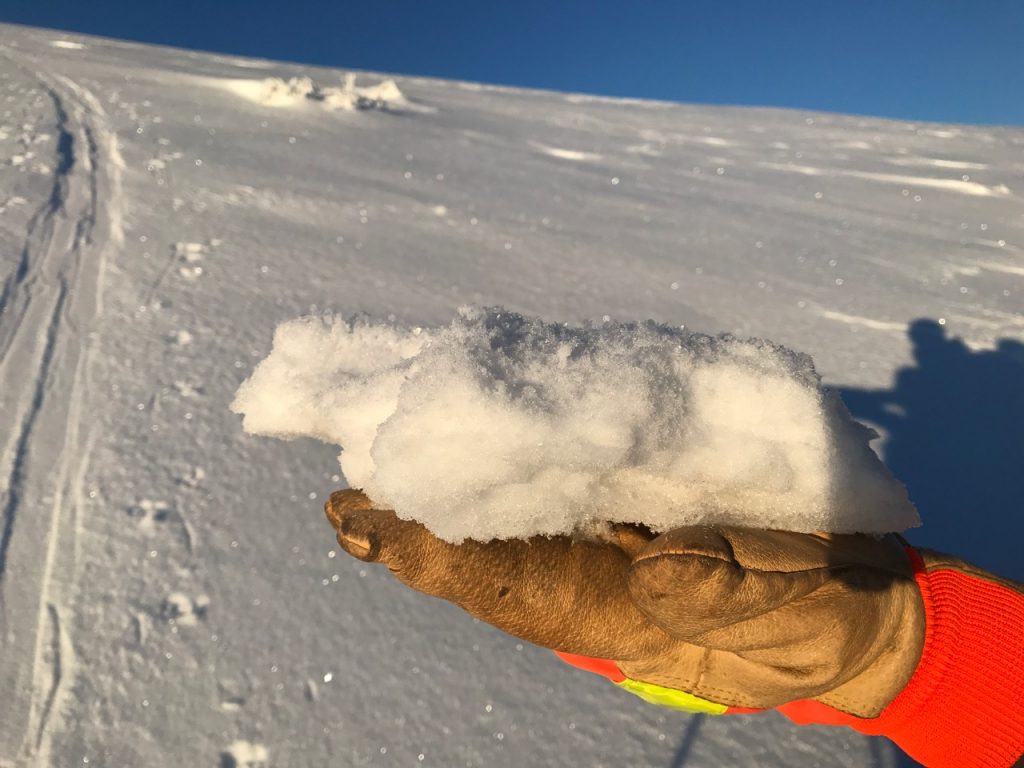 Rime crust with faceting snow and surface hoar on top 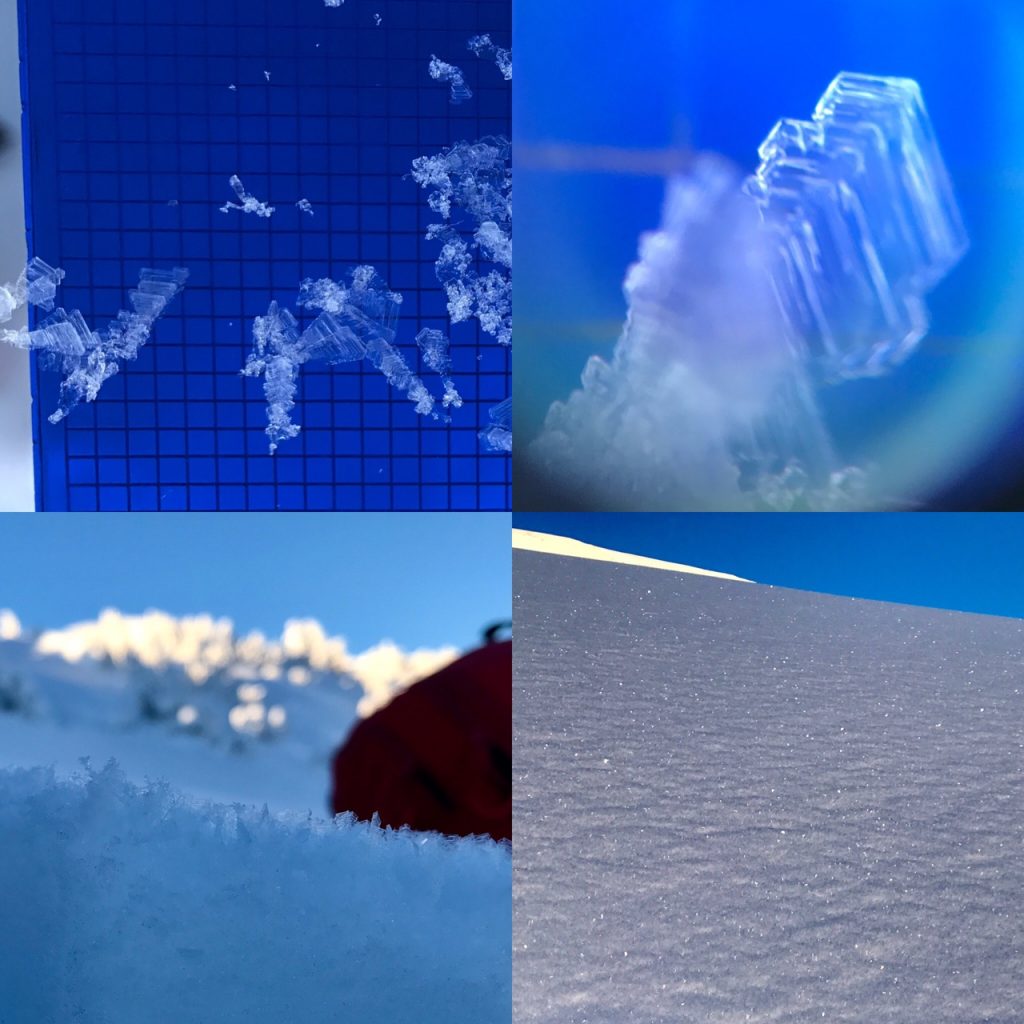 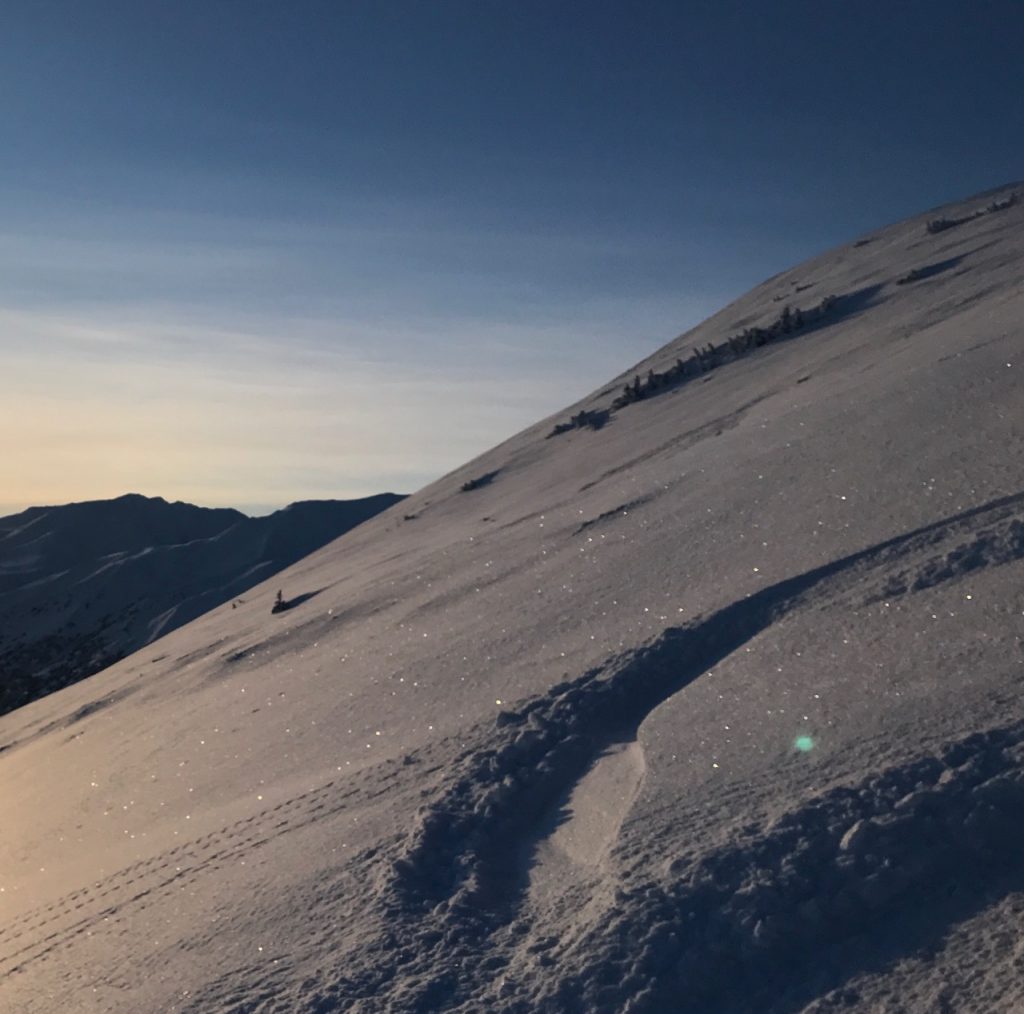 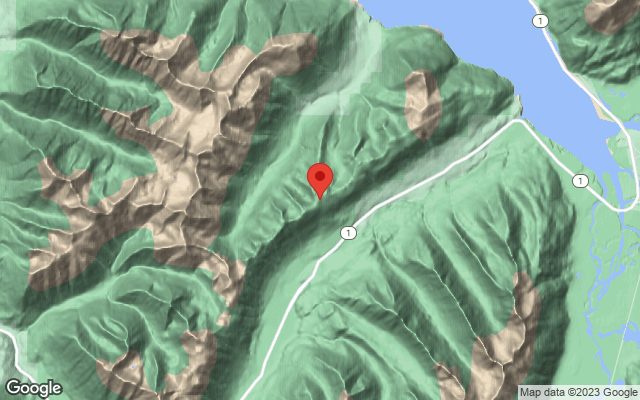