Had a small Snowmachine triggered avalanche today in turnagain pass near gods country. I was doing a left hand side hill across the face. It remote triggered about 15′ above me as I was passing the trees on the left of the picture. Slope was slightly wind loaded and broke on the rock face up higher. Not sure what the crown depth was but I would guess 12-18″. Slow moving and not a long run out. It occurred around 12:30pm. All person riding had all appropriate gear ; bags, shovel, probe beacon, training etc.

I did not see any red flag warnings prior, no whumpfing or shooting cracks. We were on a similar slope prior and snow pack was stable. The sun radiant heat hadn’t effected the surface of the snow. I did not notice any warming effects around trees or rocks even though it was southern facing. The temps were staying pretty cool still. There was no old sun crust noticed either. I was the first track in that area for the day. The slope that slid vs the one we were on earlier had slight differences. The slope that slid had a slight more pitch in angle up top, more rocky and less trees covergae where it slid.

Avalanche Details
If this is an avalanche observation, click yes below and fill in the form as best as you can. If people were involved, please provide details.
Red Flags
Red flags are simple visual clues that are a sign of potential avalanche danger. Please record any sign of red flags below.
Obvious signs of instability
Photos & Video
Please upload photos below. Maximum of 5 megabytes per image. Click here for help on resizing images. If you are having trouble uploading please email images separately to staff. 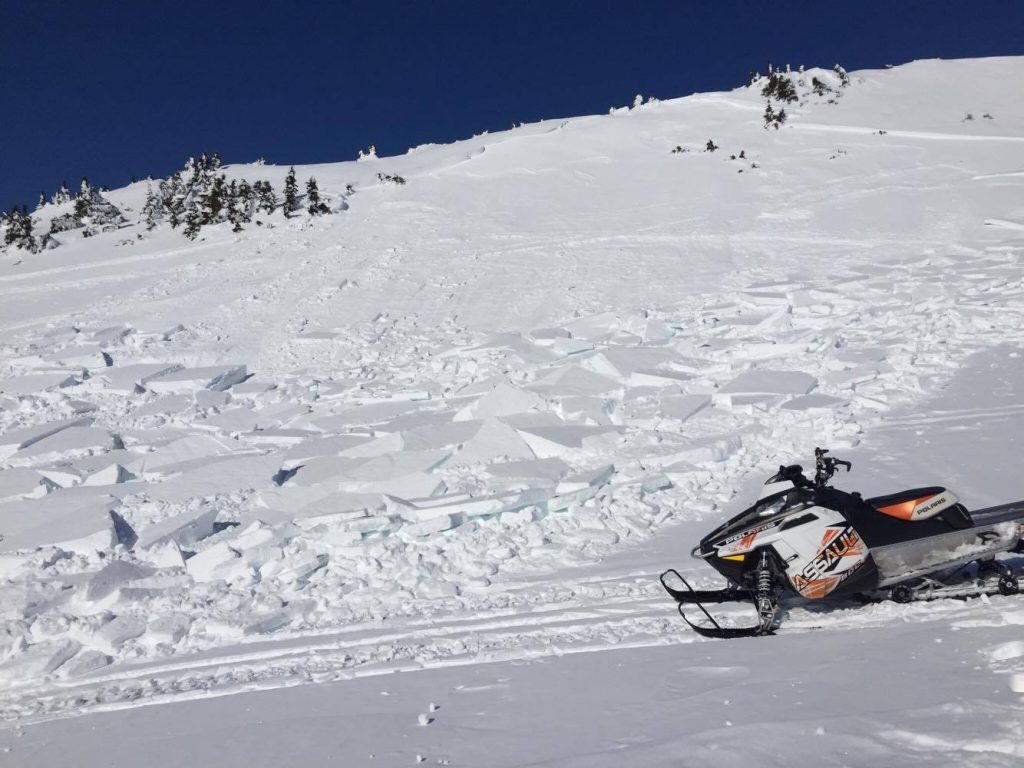 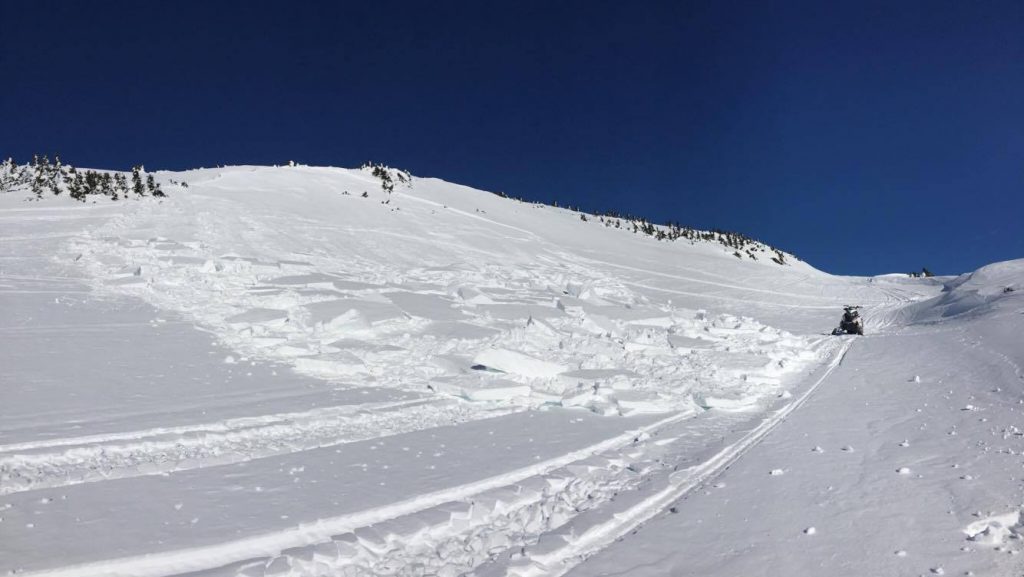 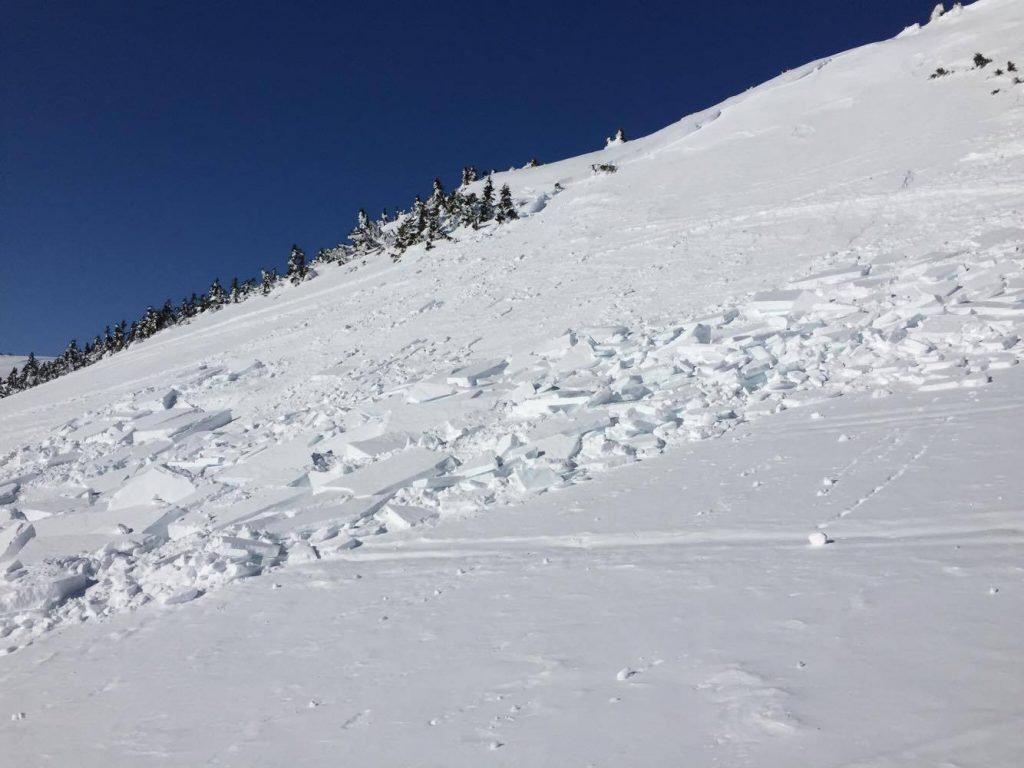 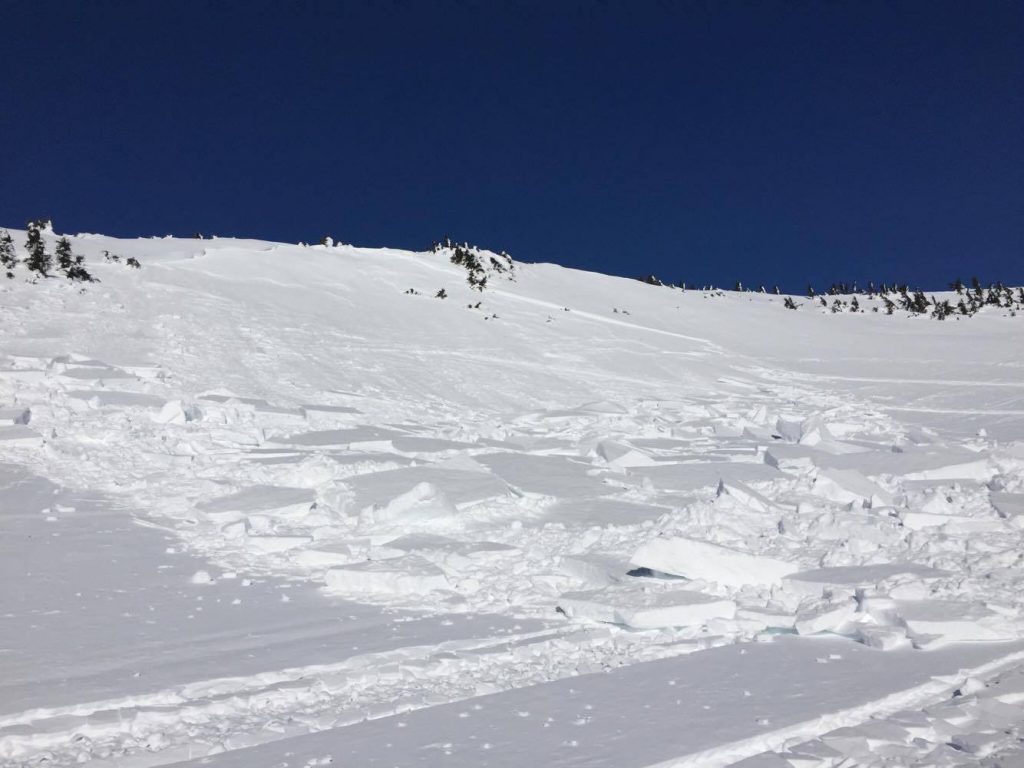 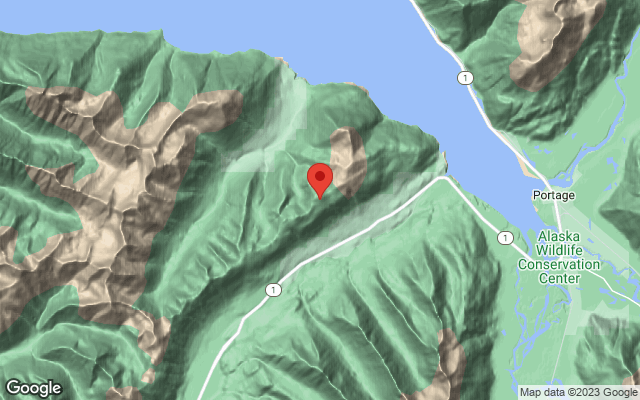