Route
Seattle Ridge, high point at 3,000’ between Mama’s Bowl and Warm Up Bowl

Obvious Signs Of Instability
Shooting Cracks-NO
Collapsing-NO
Recent Avalanches-NO, but observed several from 12/16 cycle including climax
avalanche on North face of Peak 4,940, cornice triggered avalanches on West side
of Seattle ridge (numerous) and a glide avalanche on the South side of Eddie’s

Snow below the surface
We were on the hunt once again for buried surface hoar. It was found in 3 pit
locations and reactive in tests. The complicating factor with tests below
2,500’ is that a crust sits in the middle of this newest slab. In areas where
this crust exists, it should be noted that tests can be misleading, since by
isolating a column you are removing the strength that the crust is adding to the
snowpack. While test results are still pointing towards high propagation
potential, the strength (number of taps) scores cannot be equated to triggering
potential as readily as normal (i.e. where there is a slab without a crust in
the middle of it).

Above 2,500’ and in some areas 2,700’, there is a more straightforward set up
of a slab sitting on a weak layer. This slab ranges in thickness from 1-3’ and
is sitting on buried surface hoar. The surface hoar continues to be easy to
find and is widespread.

We are moving into a period where it is becoming increasingly difficult to
trigger (initiate) an avalanche (see graphic below). If you were to trigger an
avalanche the consequences remain on the high end of the spectrum. The
consequence is still high because we have slabs up to 3 feet deep that lie upon
a weak layer type that is persistent. The individual surface hoar crystals are
strong on their own and because of this tend to stick around in their current
form. As a layer they are very weak, similar to a house of cards. When we find
this layer evenly distributed across slopes as we do now, it is easier for
avalanches to propagate. Combine that with a continuous slab across slopes and
you have the recipe for wide propagating avalanches. 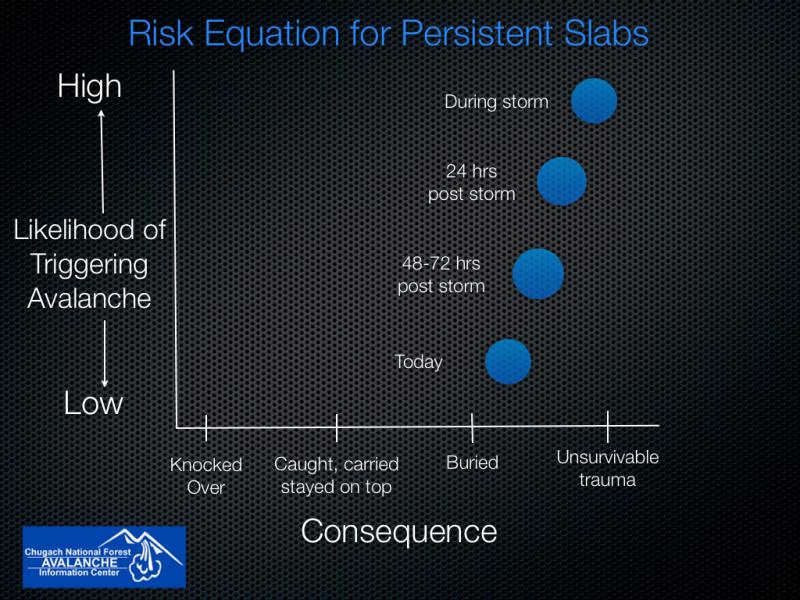 Here's another way to think about persistent slabs and how to help make decisions when dealing this problem. 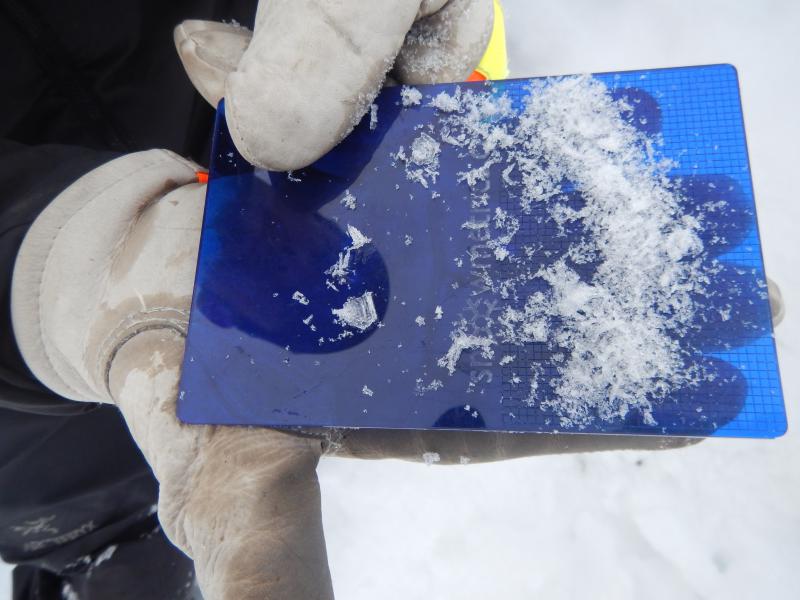 Buried surface hoar: the culprit behind our current avalanche concern. 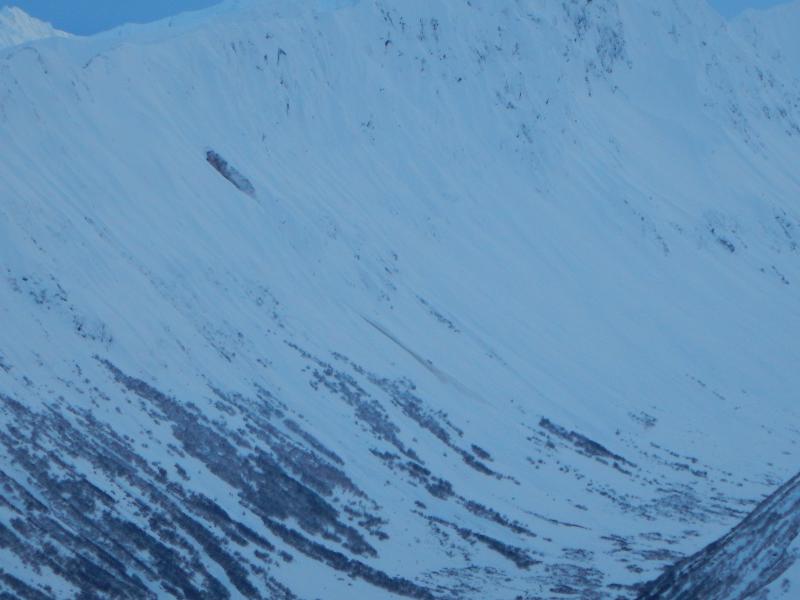 Glide avalanche that released on the South side of Eddie's. Occured between Dec 16-20th 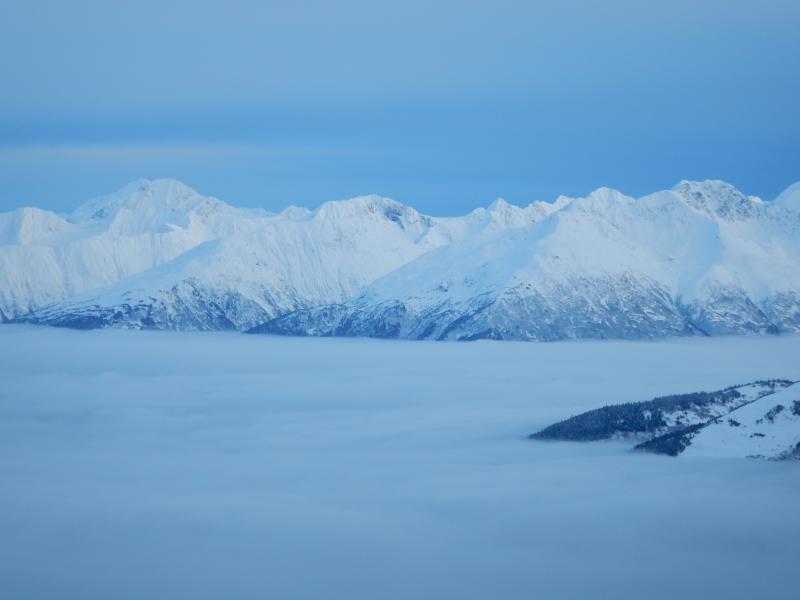 Valley fog persisted today and was thicker over Turnagain Arm 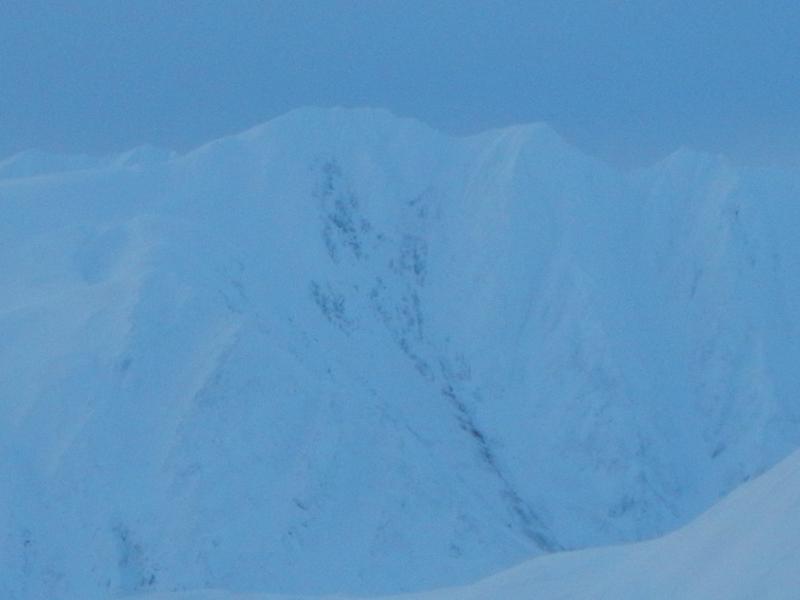 Avalanche that likely occurred around Dec 16th on the North side of Pk 4,940. This appears to have slid to the ground in many places 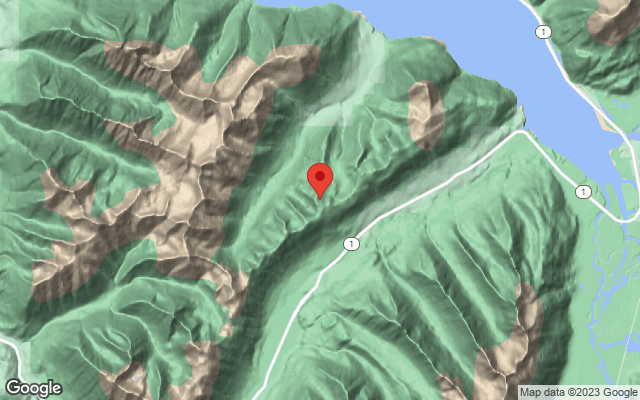