Toured up the Seattle Ridge up-track and looked into Mama’s Bowl and Main Bowl. High point 2750′.

One large collapse at the top of the up-track. No cracking associated with it.

Started with light snow and then clearing in the afternoon.
Fog rolled in around 3 pm
Light winds and temps in the low 20Fs

Soft settled snow with a 1-2 cm of new snow (containing capped columns... snow geek alert). This landed on small 2-4 mm surface hoar from the past couple days. Settled snow is starting to facet.

Above 2000' variable with wind effect, large drifts and scouring down to mf crust in spots

10" at road level
10-20" to 2000'
30-40" with large variability due to wind deposition.
Evidence of old natural avalanche activity Mama's Bowl and Main Bowl. Propagation and crown characteristic of surface hoar. Dug lots of hand pits to see if the surface hoar was as widespread on this side of the road. Every hand pit from 1500'-2700' had buried surface hoar. Surface hoar was 5mm-1cm, larger at higher elevations. In the test pit at 2700' in Main Bowl 4 Compression tests had sudden collapse at 8-12 taps on the buried surface hoar (30 cm down) Only 1 of the 4 ECTs propagated across entire column on 14 taps. The other 3 were partial. 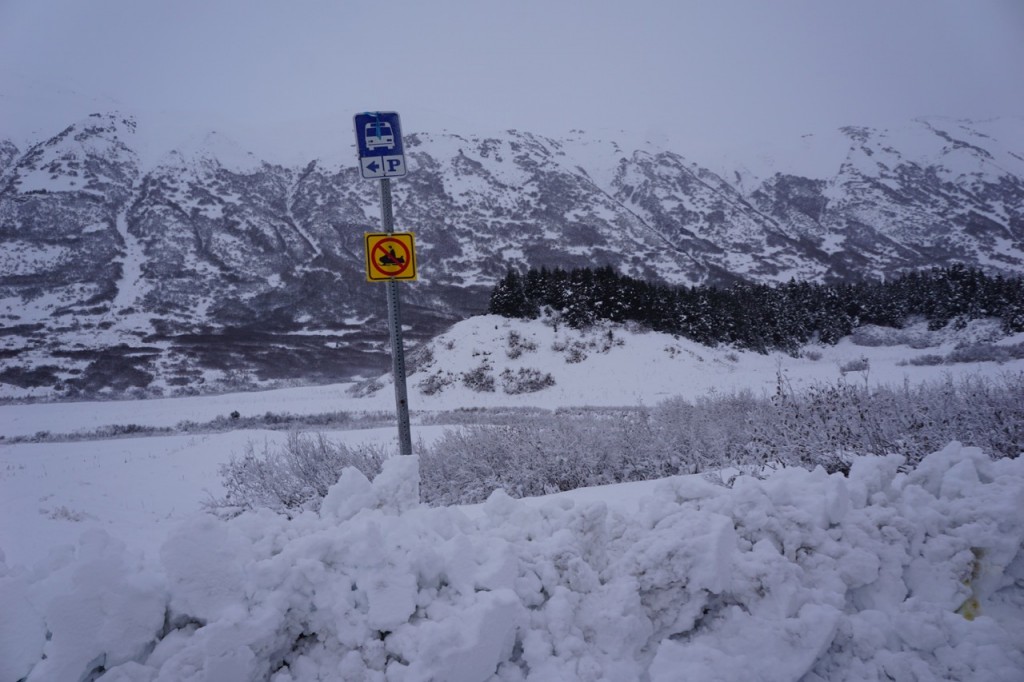 Rookie Hill. Motorized use on Turnagain Pass is closed due to insufficient snow cover. Conditions will be monitored daily. 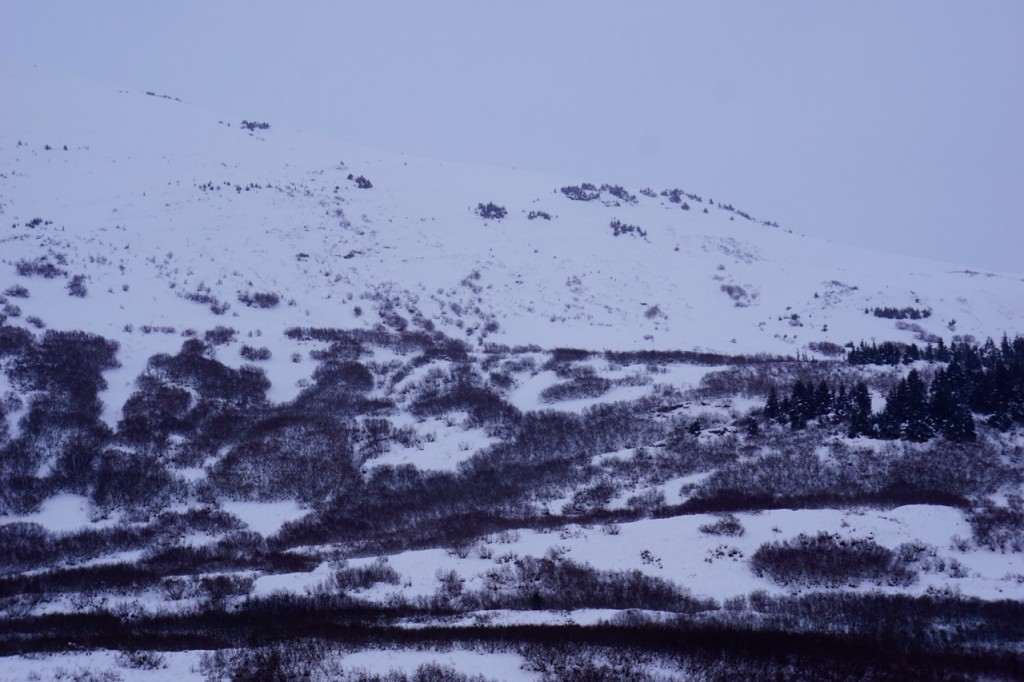 Seattle Ridge up-track with some alders... 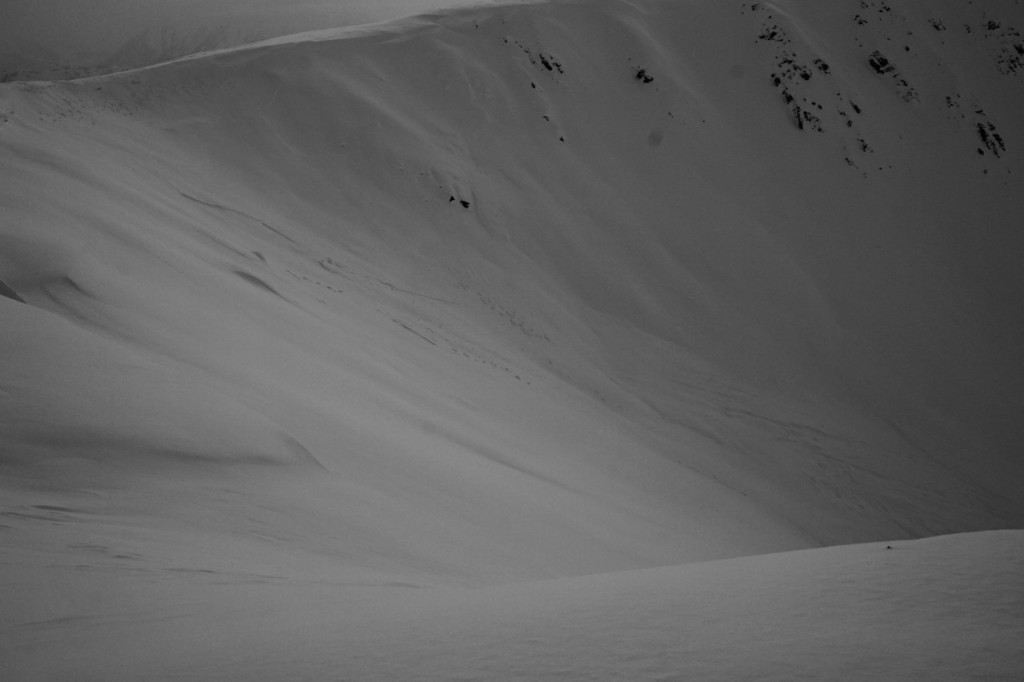 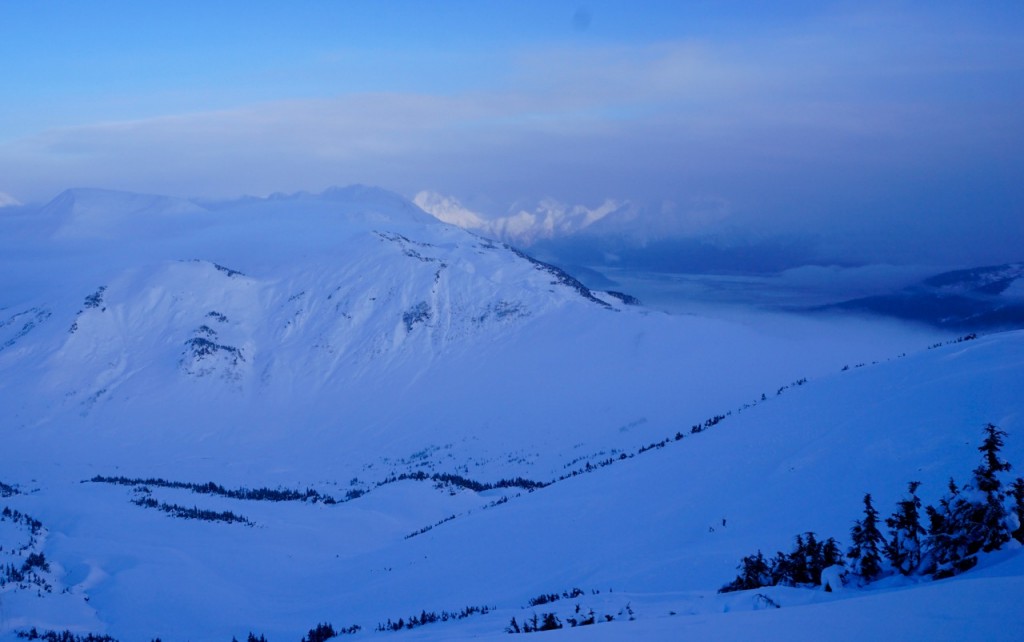 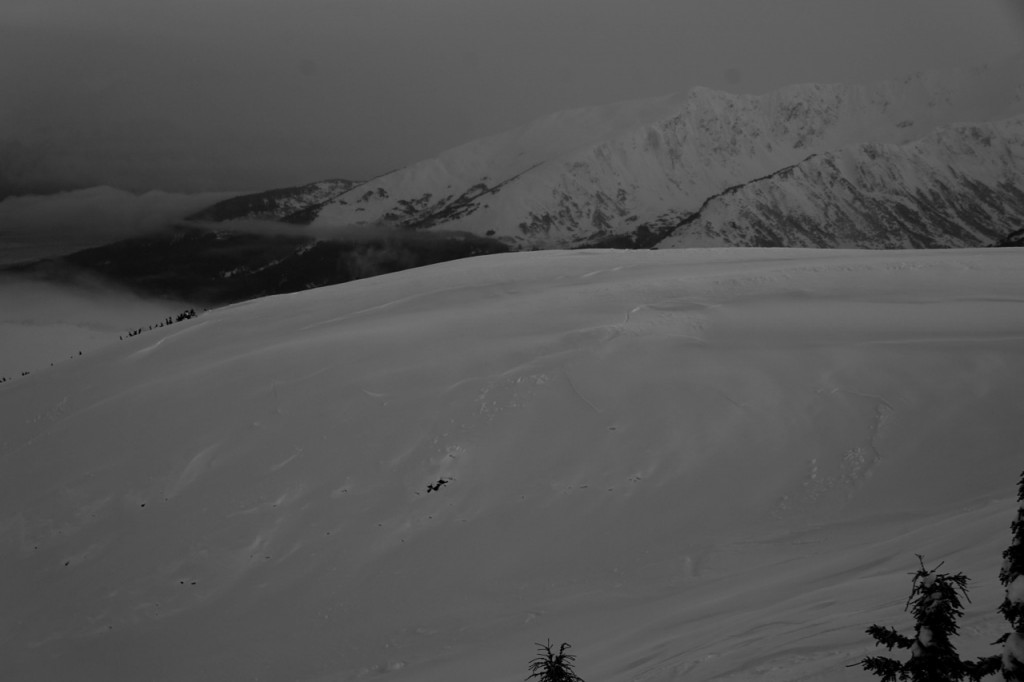 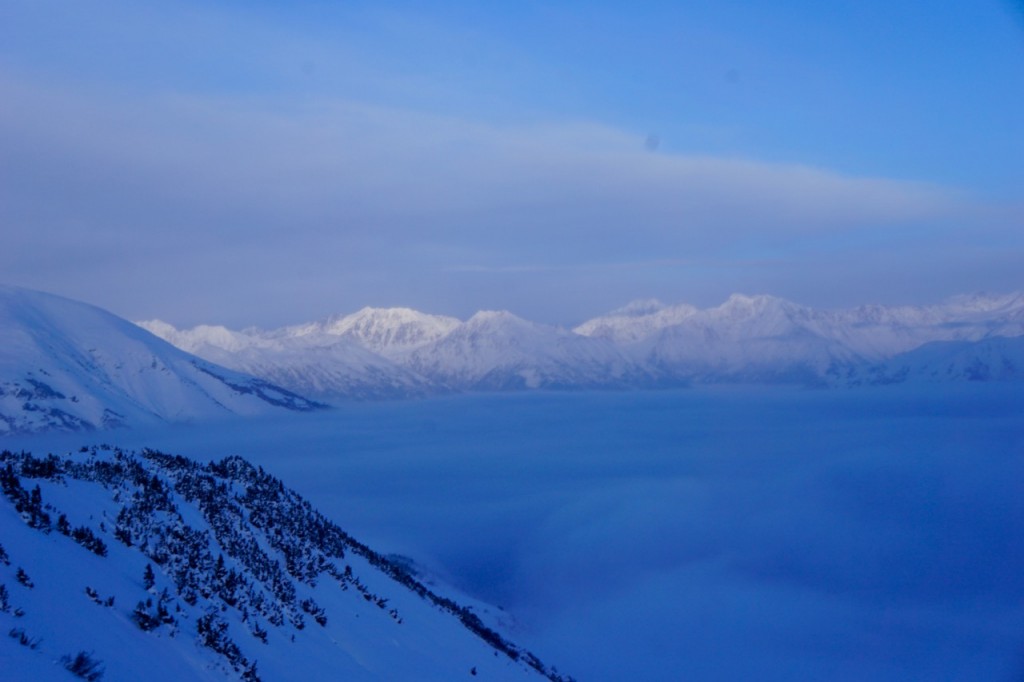 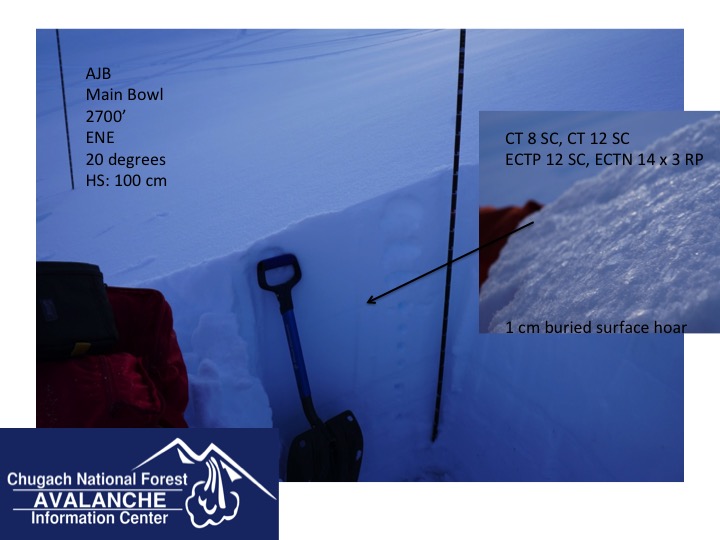 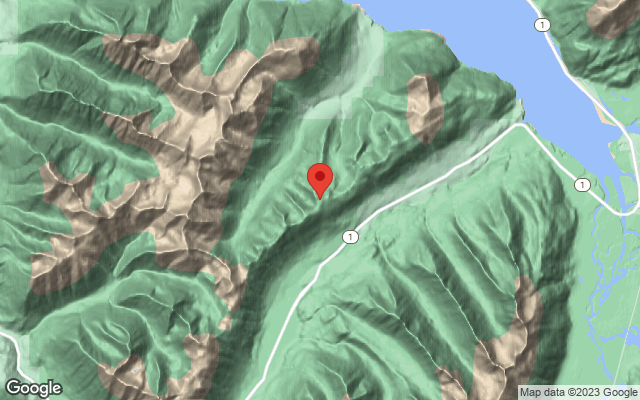