After hosting a rescue workshop at the motorized lot we headed up to Seattle Ridge to see how the 2-3′ of new storm snow is stabilizing.

Cornice fall triggered by a snowmachine. Otherwise shallow 4-6" wind slabs on steep slopes. We did not see any significant large avalanche activity that we were expecting. However, most of the steep slopes were not touched.

Recent avalanches and cornice fall as noted above.

Snowing heavily 10am-noon. ~2" of snow accumulation. By 1pm skies broke up for a beautiful partly cloudy day. Winds were calm below the ridge then light from the NE on the ridge. Temperatures were close to 32F at 1,000'.

We dug one pit to look at the new/old snow interface at 2,600' on a NE aspect that was a bit wind affected. New snow was 40cm (16") deep, a bit wind scoured, results: ECTN 14 RP 5" down hardness change (wind slab), ECTN 25 RP 16" down on buried surface hoar at the new/old interface. These results point to a stabilizing snowpack. Although it is only one pit, it was nice to see that the buried surface hoar and weak old snow under the storm snow is bonding. Hopefully this is occurring many other places... 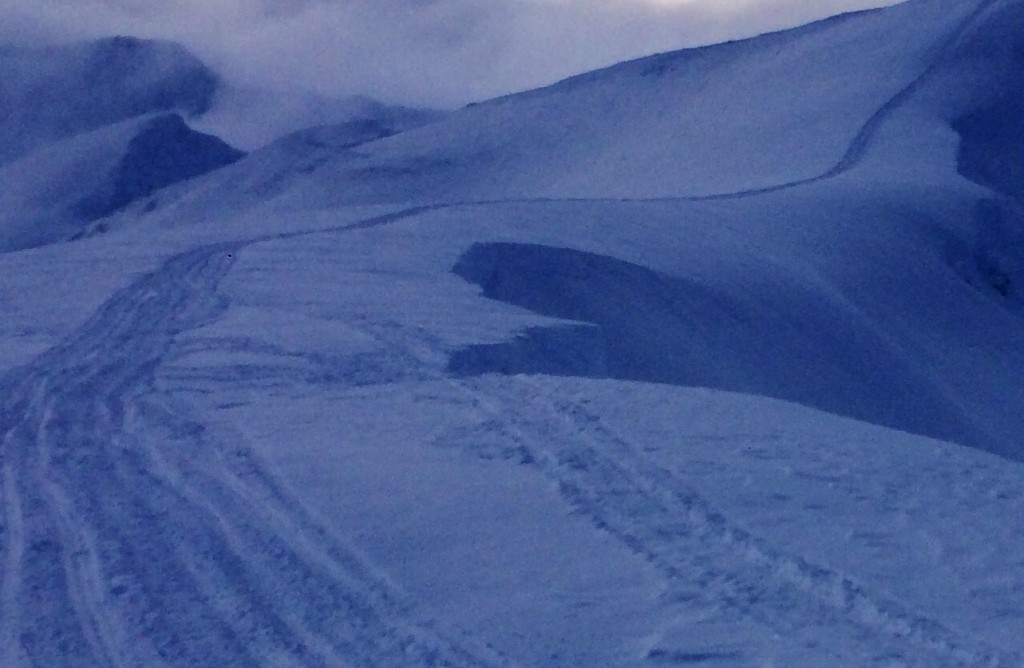 Snowmachine triggered cornice fall - this was into Warmup Bowl (-1 Bowl). The cornice did not trigger an avalanche below. 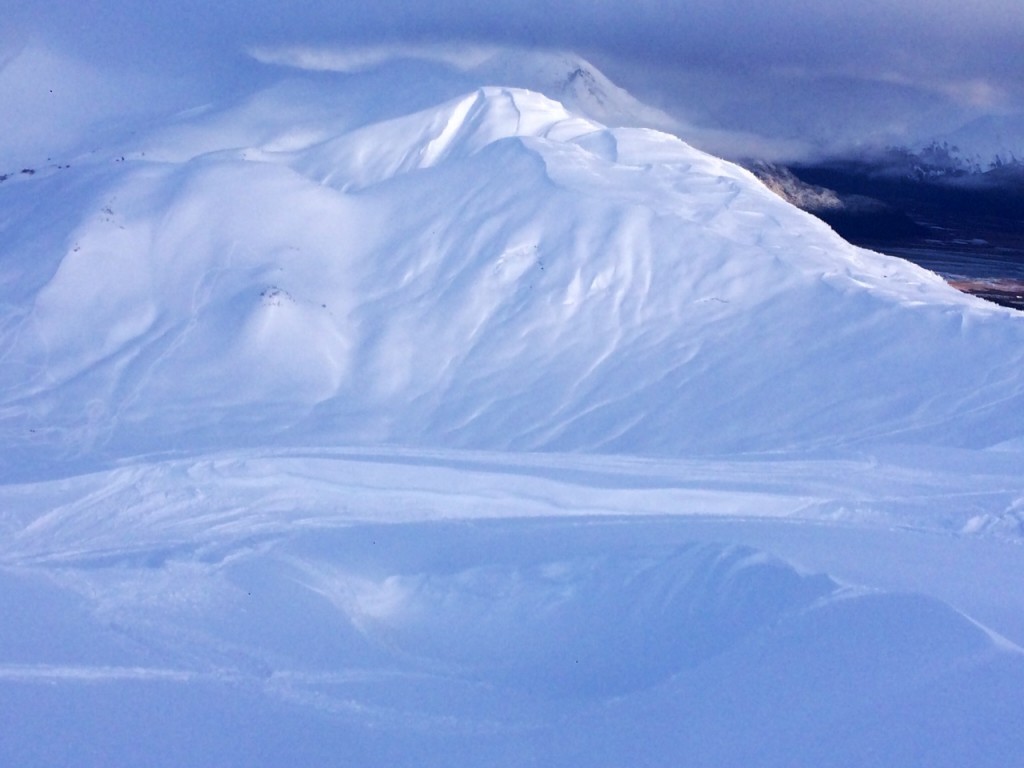 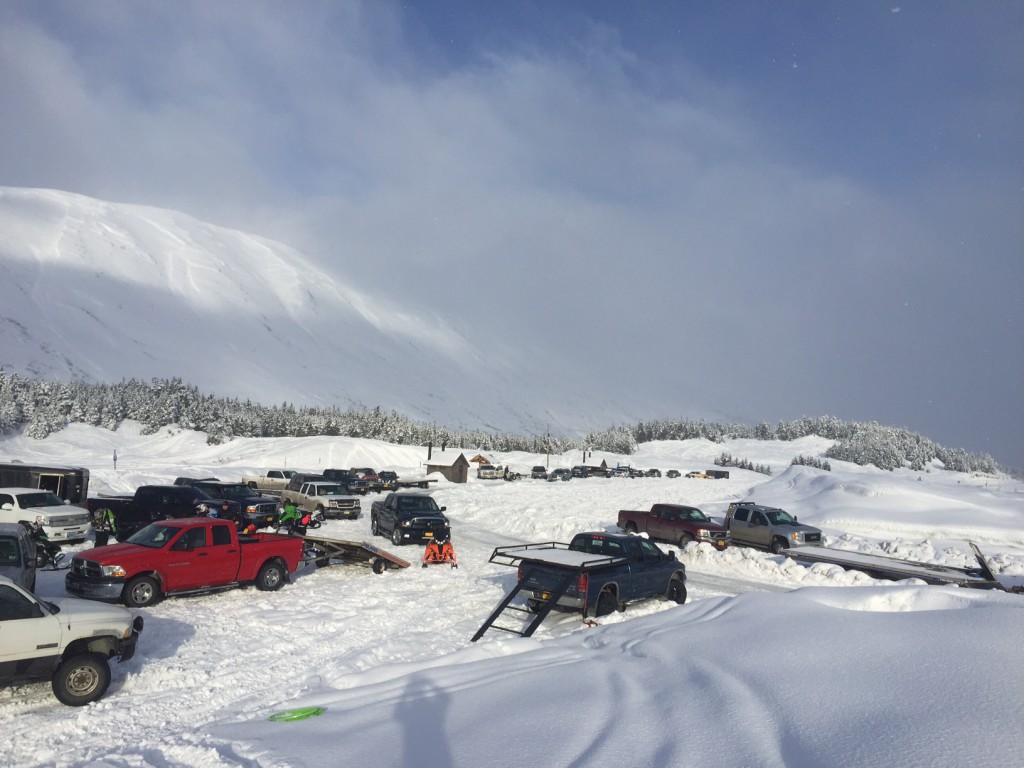 Skied broke up in the afternoon to many peoples delight 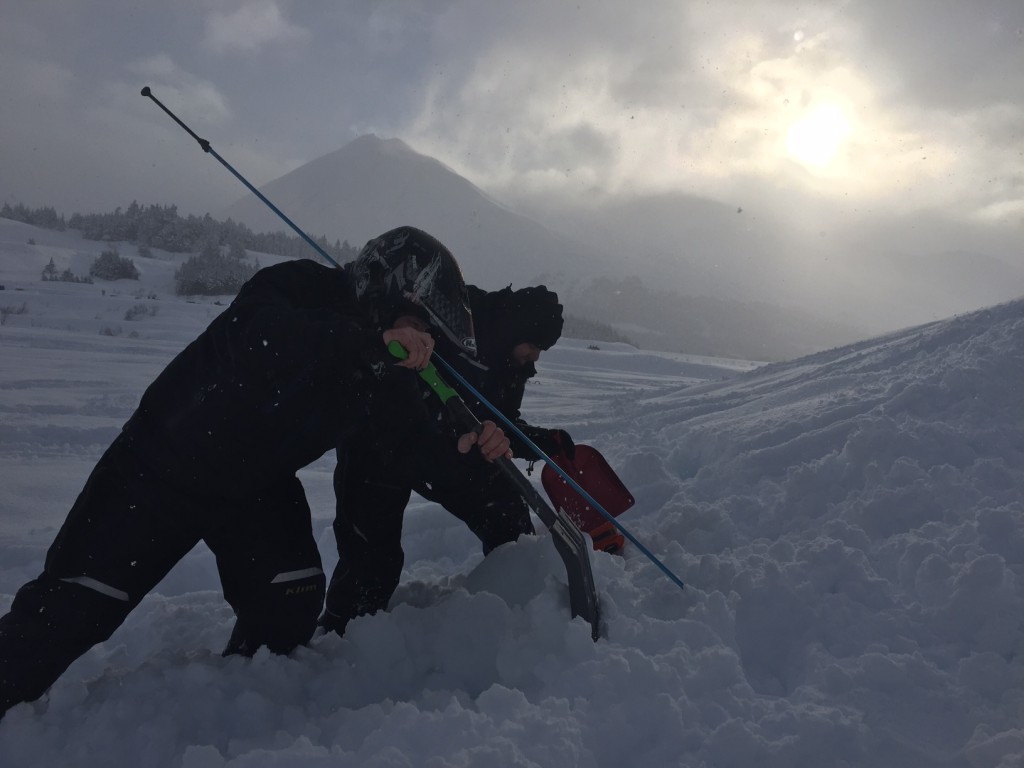 Participants working hard at a CNFAIC morning rescue workshop at the Pass! 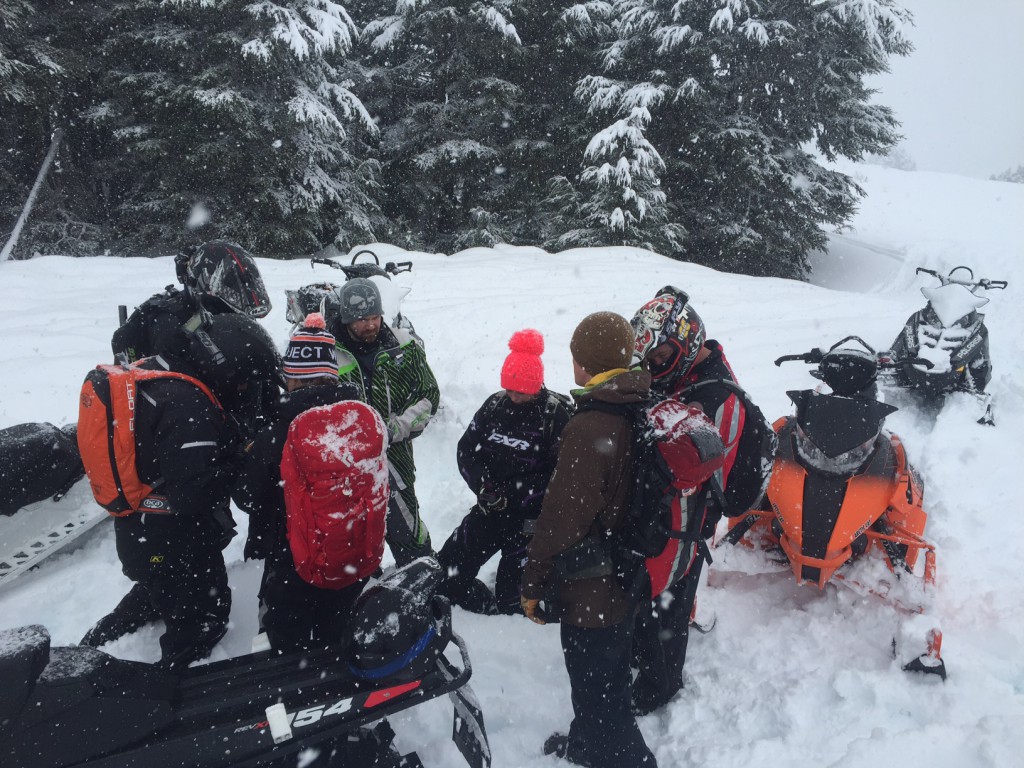 Talking about 'companion rescue' at the workshop