Spoke with another group who felt a collapse along the ridge. They also reported digging a pit and finding propagation potential between a slab/facet combo.

Variable surface conditions depending on aspect and elevation and exposure to the wind
Eastern Face of Seattle - Supportable melt/freeze crust in the morning and smooth corn snow in the afternoon below 2000'
Eastern aspect above 2000' to top of the Seattle Ridge - variable 3" old wind slab with sun crust on surface. There was also very scoured areas as well as Sastrugi along the broad open ridge.
Shaded Northern and Western aspects - average of 8" of low density snow (with some near surface faceting)
*Surface hoar growth(4mm) was found on Northern and Western aspects, but only in places protected from today's 20-30mph winds. Surface hoar was not found below 2500'.

Dug a pit on a NNW aspect in an area protected from the wind. We found a layer of buried surface hoar 21" below the surface just underneath a 3cm thick rain crust. The BSH layer was standing upright and was reactive in our tests. Results showed propagation potential, but required moderate to high force to initiate the weak layer. PST30/100 (55cm below surface) ECTP23 (SC) ECTP24 (SC)

*This pit was dug in an area known for its surface hoar growth due to its protection from the wind and isn't representative of all NNW aspects in Turnagain Pass. BSH has been found in other areas, but isn't as widespread as the facets that have been well documented over the last weak. We did find on older layer of facets 10 cm below the BSH (laying just beneath another thin crust.) 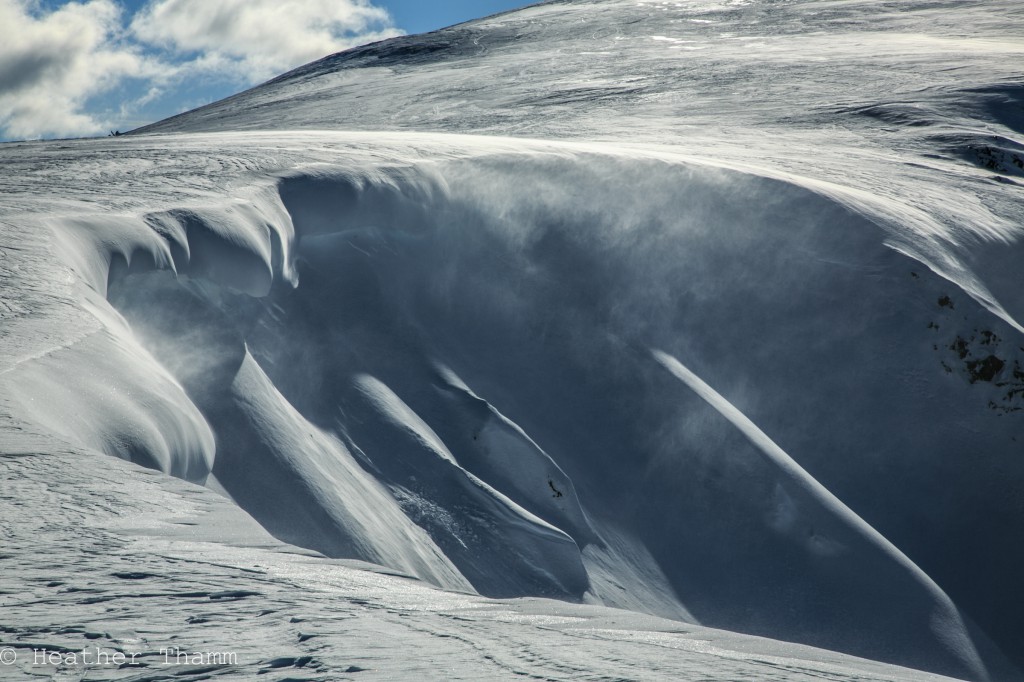 30 mph winds were transporting snow onto leeward features, like this corniced NW aspect of Seattle Ridge 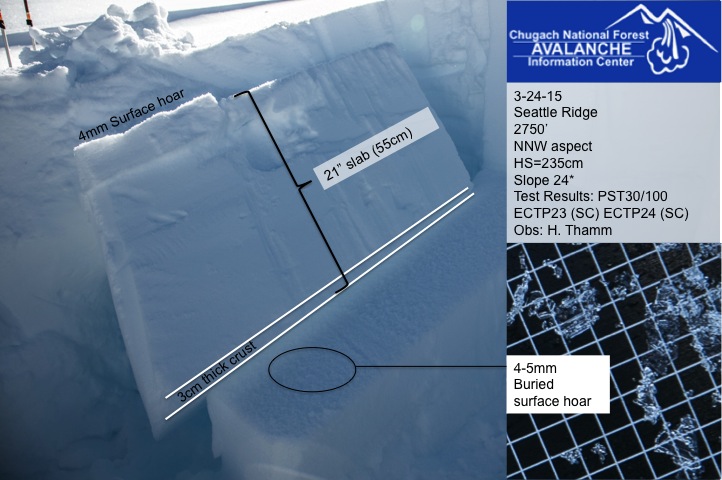 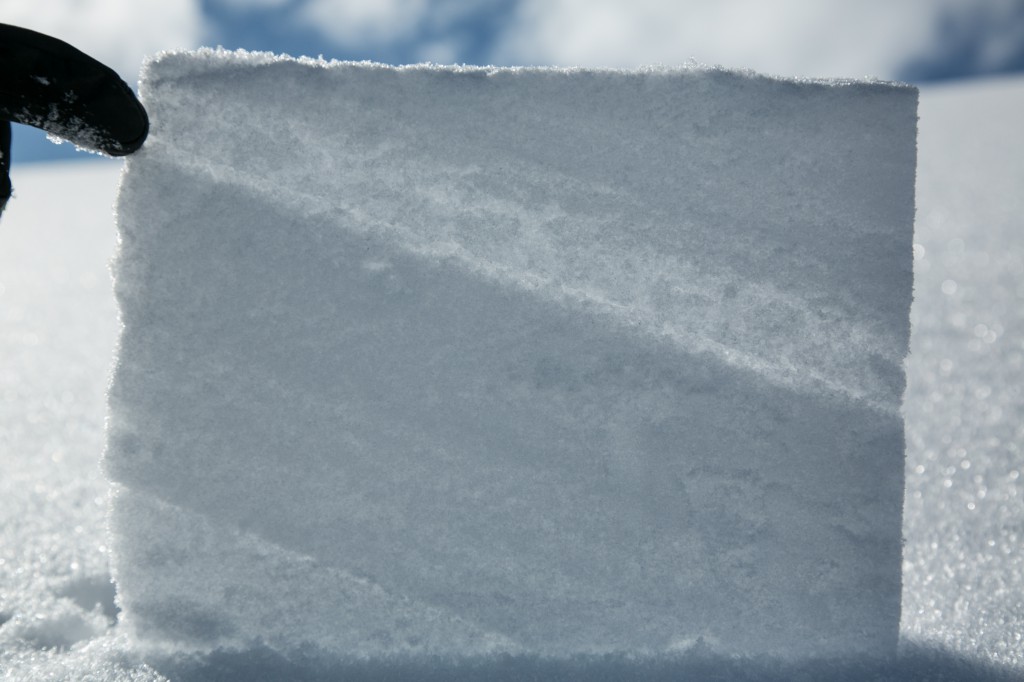 Thin slide of the snowpack where a Buried Surface Hoar layer was found below a 3cm thick rain crust. Finger is pointed at BSH layer. 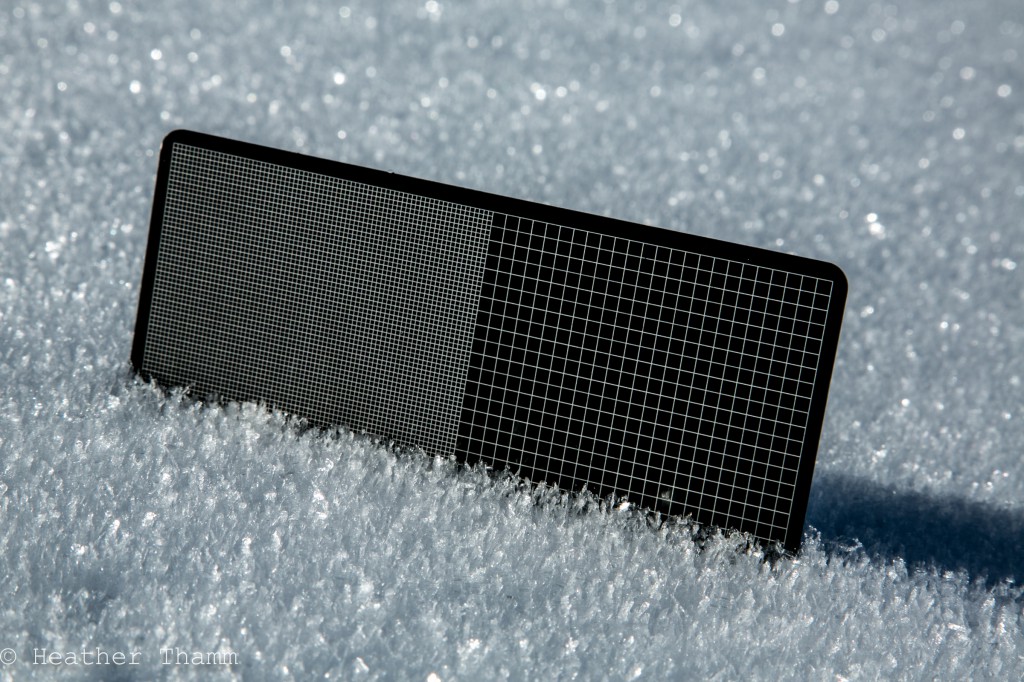 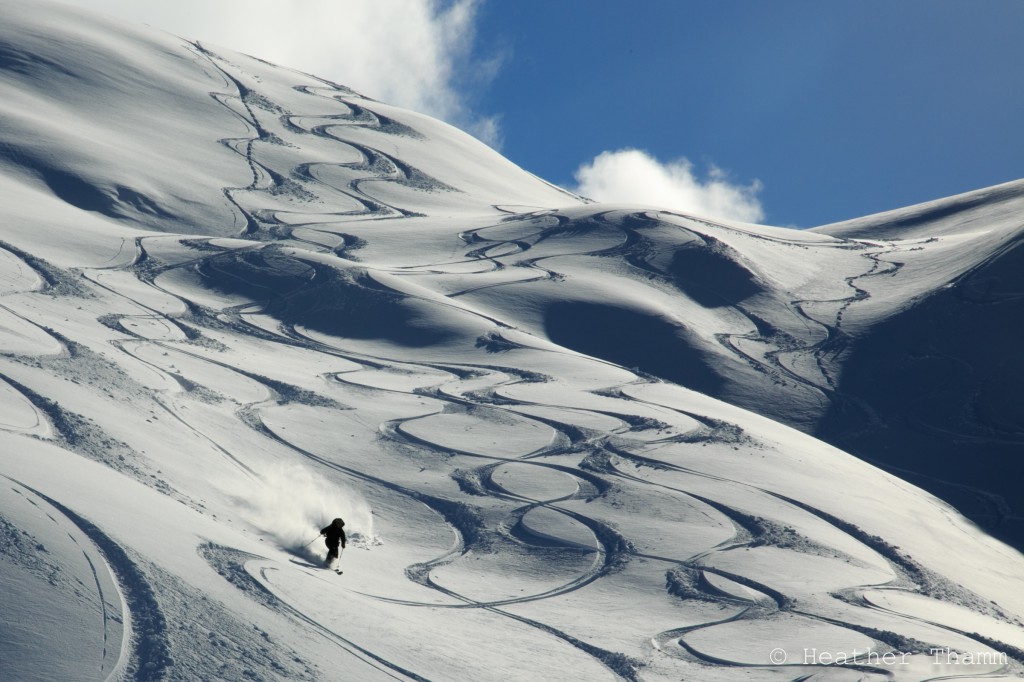 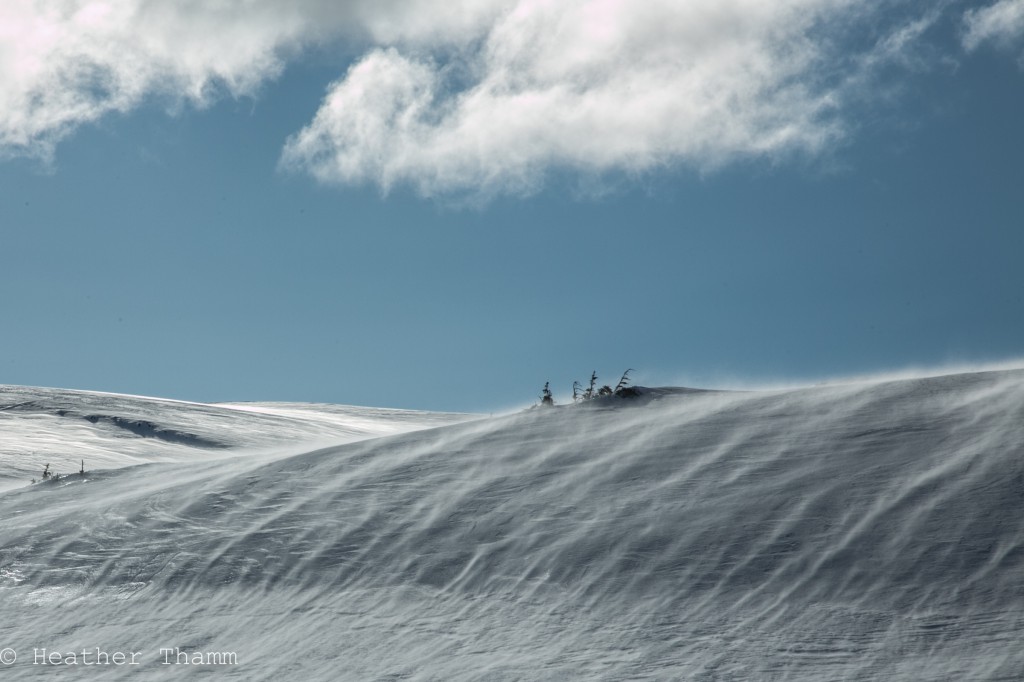 Surface conditions along the broad ridge of Seattle were mostly scoured or had a 3" layer of punchy old wind affected snow. Only snow available for transport were on North and Western aspects. 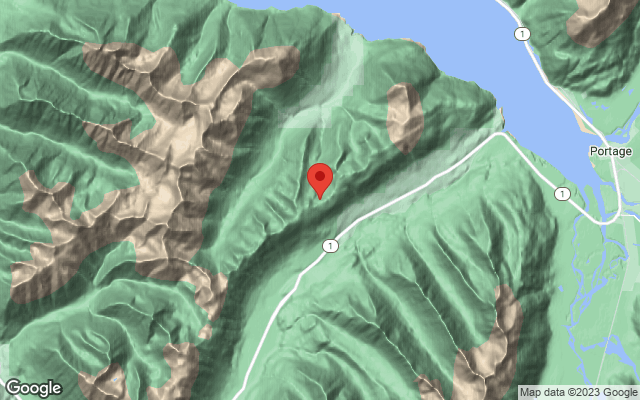