some active, but harmless point releases in the 1-2" of new snow. (See pictures)

We dug in two pit locations (two pits in each location) on a SE aspects at 3000', Both site were adjacent to a natural avalanche that still visible from Feb.22. See photo diagram for specific locations.

Site #1 was in a loaded area with HS≈200cm. The weak (facet) layer was 60-75cm (24-28") below the surface and the test results showed good stability overall. A sun crust/facet combo was found in one of the two pits and produced an an ECTP24 (RP) and an ECTX, The second pit did not have a sun crust and ECTX x2. Facet layer was 1F hard.
Site #2 was in a thinner area of the snowpack on Seattle Ridge. HS≈120cm and slab depths were 15-20cm (6-8".) Test results showed easy to moderate propagation potential. Test scores were ECTP13 and 14 (RP) 20cm below the surface on a facet/sun crust combo, and ECTP2 and 3 (RP) 15cm below the surface on facet/suncrust combo. Below the sun crust was a pencil hard (old wind slab) sitting on 4F hard facets. Below the facets was a knife hard melt/freeze crust from January. See picture for details. 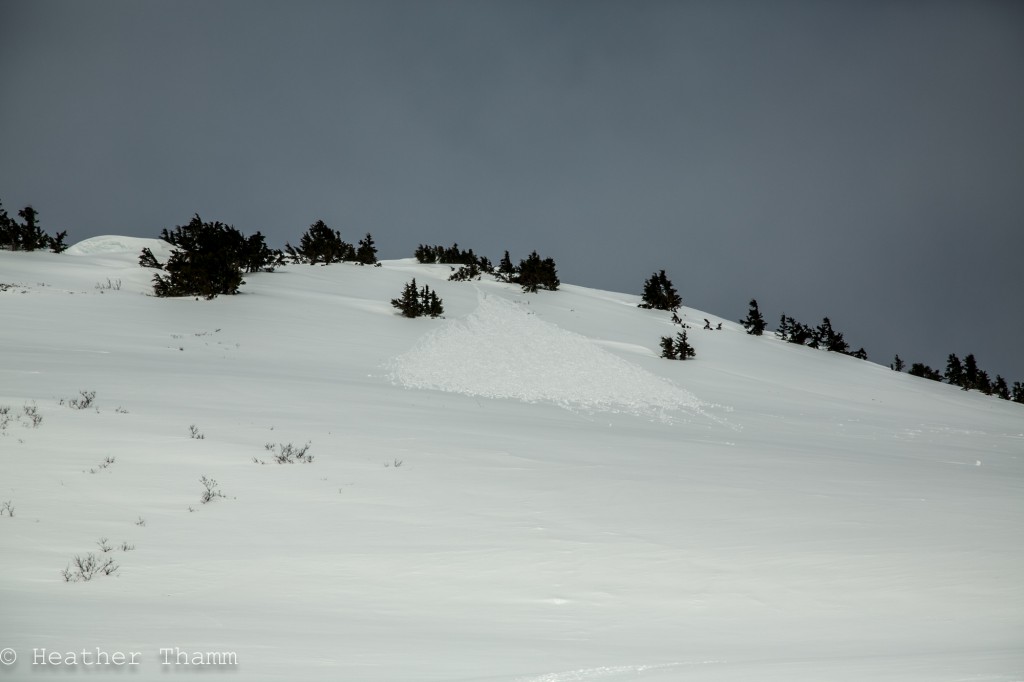 Small point release in motion on a East aspect of Seattle Ridge at about 2500'. Surface snow was 1-2" 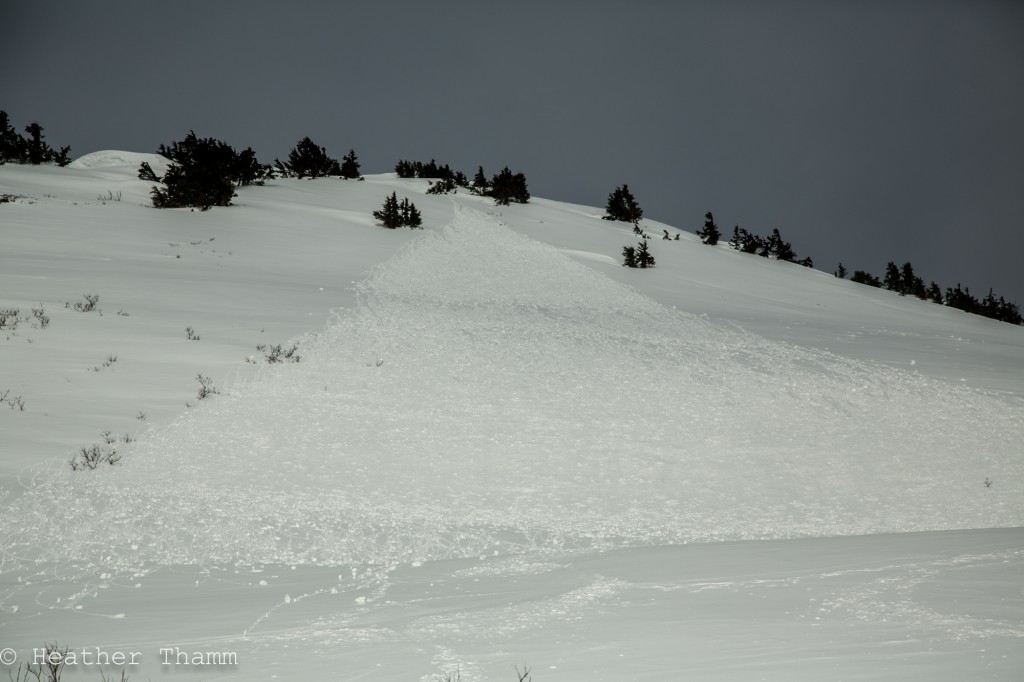 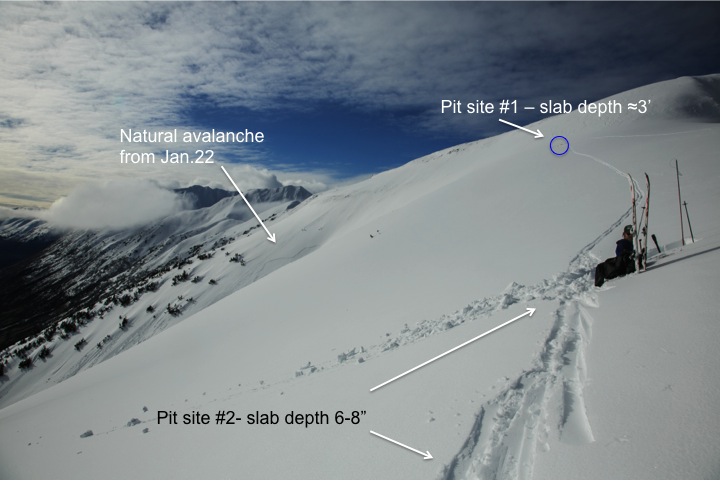 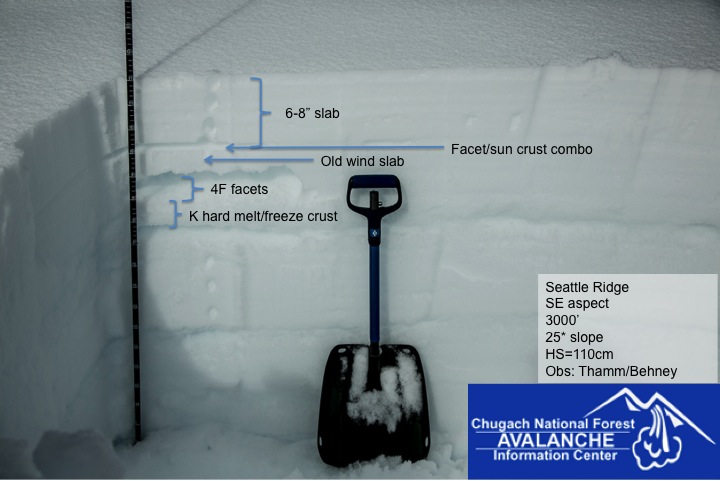 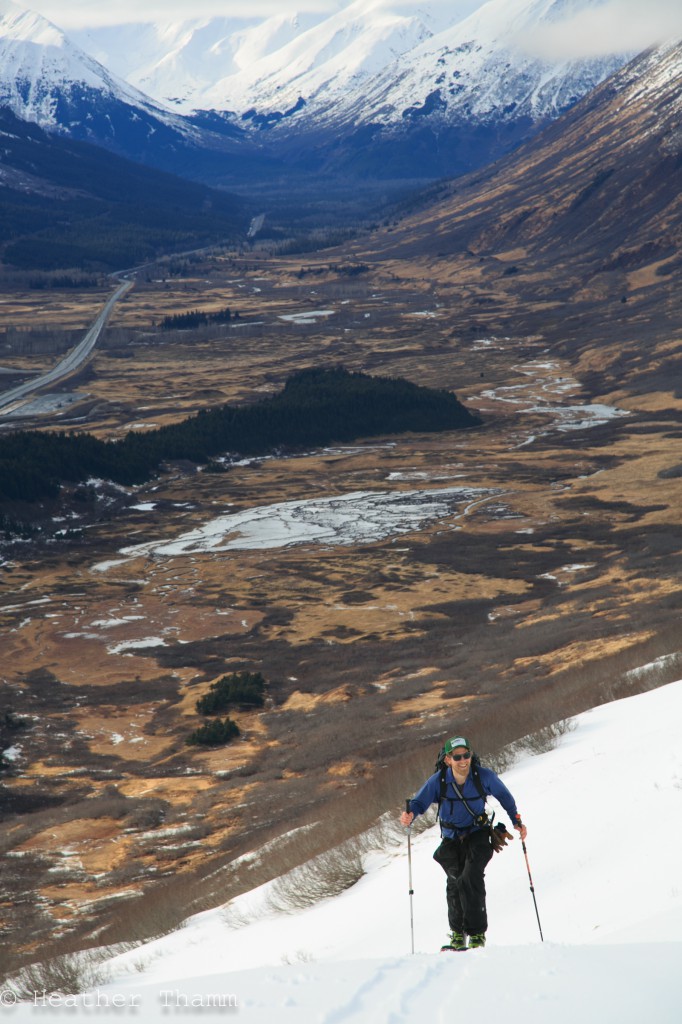 View looking South from about 2200'. Background shows how little snow is below 2000' in Turnagain Pass.