Rode to the weather station and down into Jr’s Bowl and the lower non-wind affected areas.

Rider triggered avalanche while sidehilling lower on the slope. The slab directly above him broke first, then the slab on the looker's right and last was the slab on the looker left. All one right after the other. The whole avalanche, all three parts, was around 300' wide. Rider was alerted via radio and rode away from the base of the slope ahead of the debris, and was not caught.

Avalanche is believed to have failed in small facets around 1-2 feet below the surface. The larger facets (MLK Jr layer deeper in the snowpack) were not a factor in this slide. The slab was very soft. Warming and settlement in the top layer of the snowpack is thought to have played a factor in the slab character over the known weak layer.

Recent wind slab seen in Zero Bowl at the beginning of the day. Likely from winds Monday.
Small pockets of slab were releasing on small slopes in the lower drainage.

2-3" of new snow over prior wind effected areas along and near ridgeline. Old wind crusts and slabs under the new snow.
Non wind affected areas, soft settled powder. 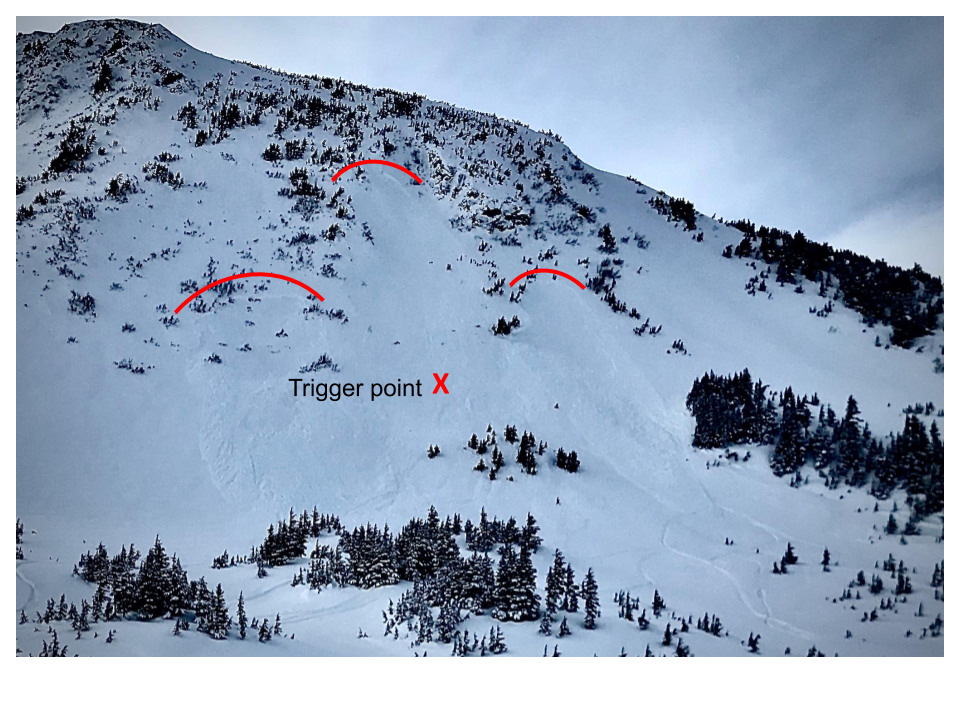 Avalanche with trigger point. The middle released first, then the right slide then the left. 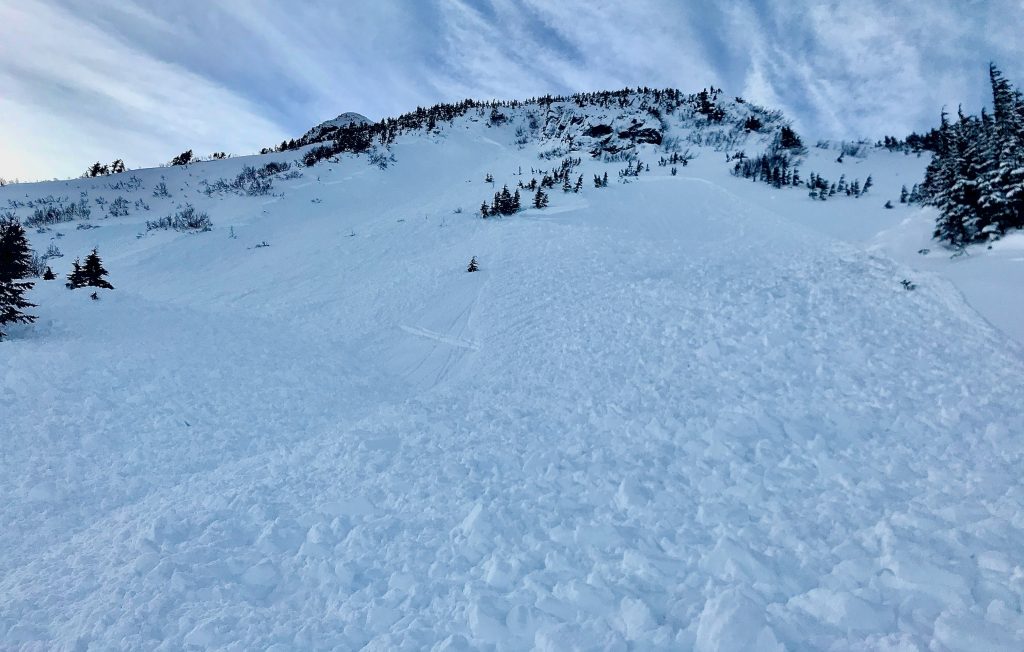 Looking up from the debris 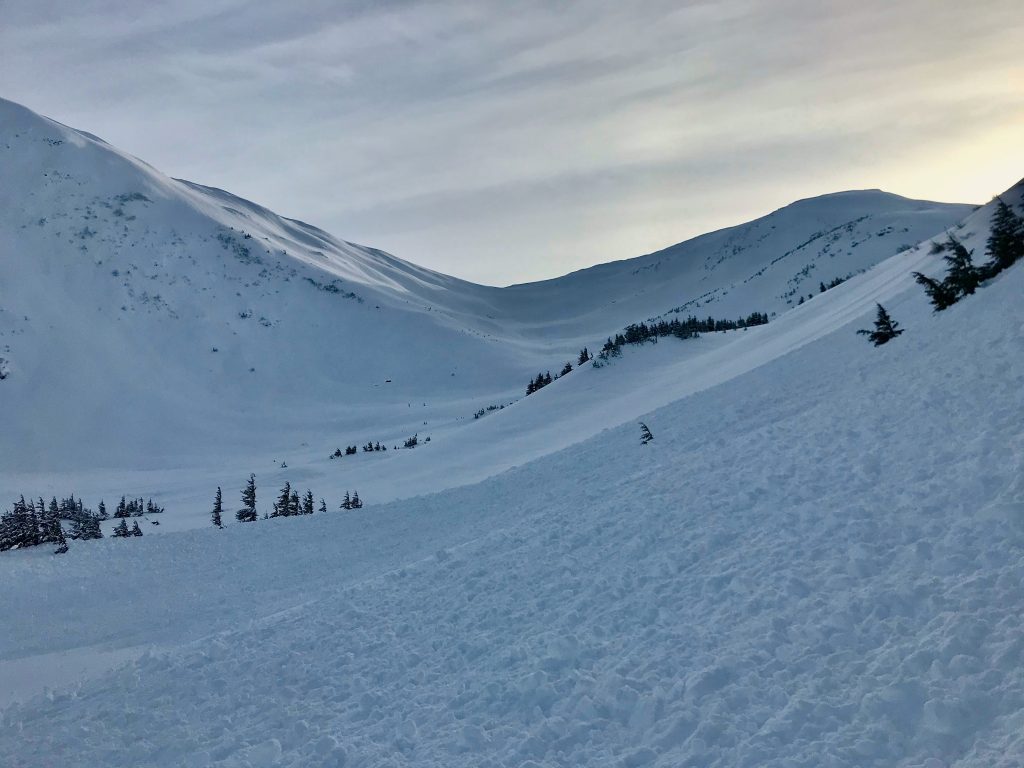 Looking east toward Jr's run and Seattle Ridge over the debis 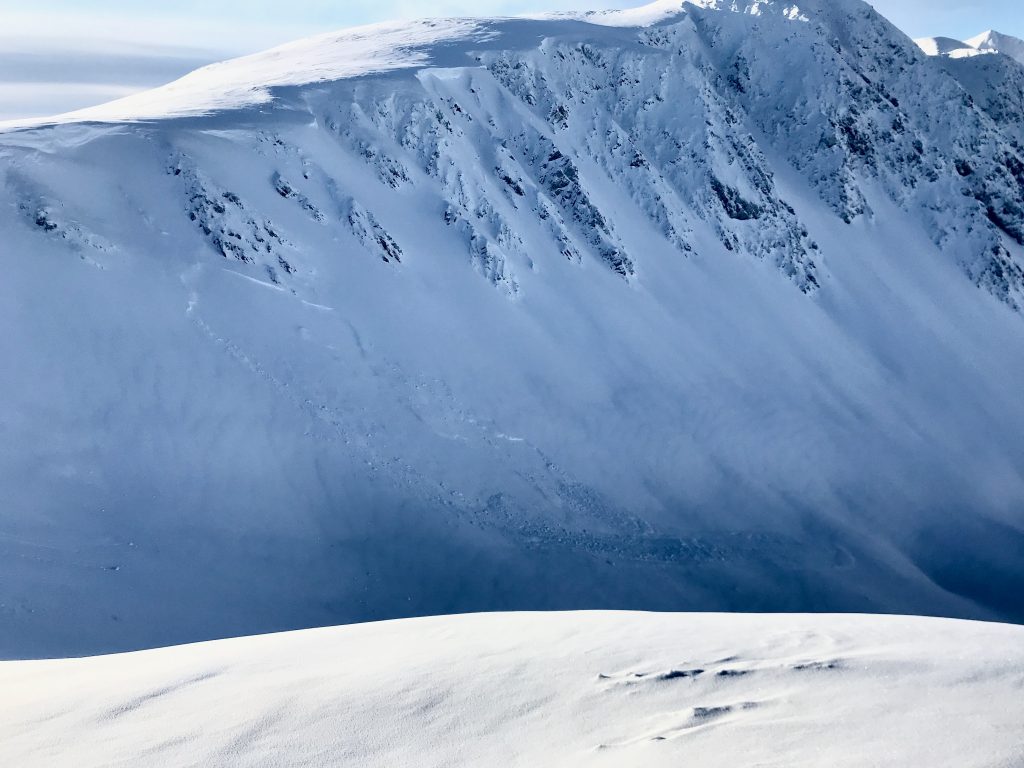 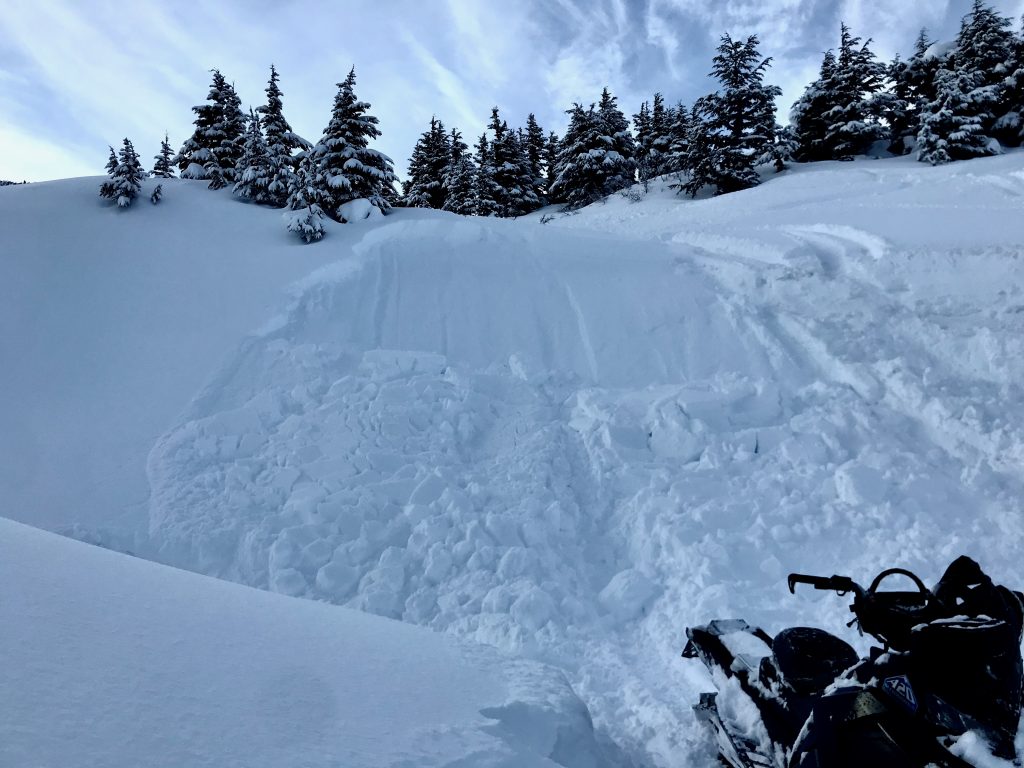 Small soft slab that released on a small slope down in the drainage around 1,600' or so in elevation 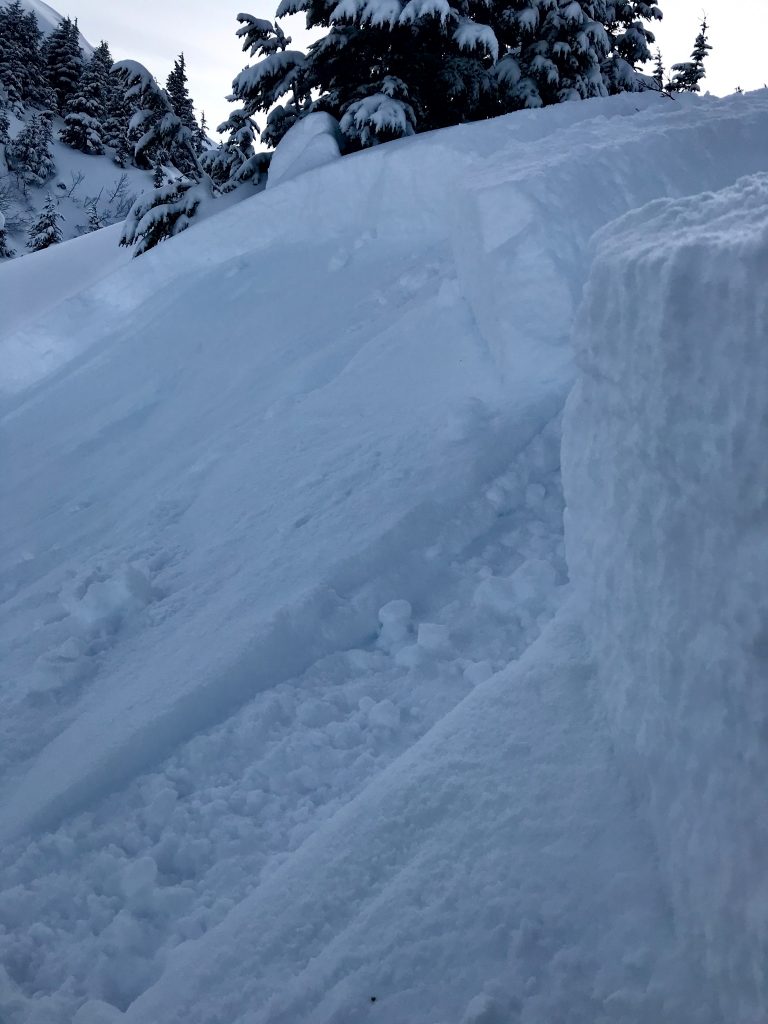 Crown on the small slab triggered on small slope pictured above 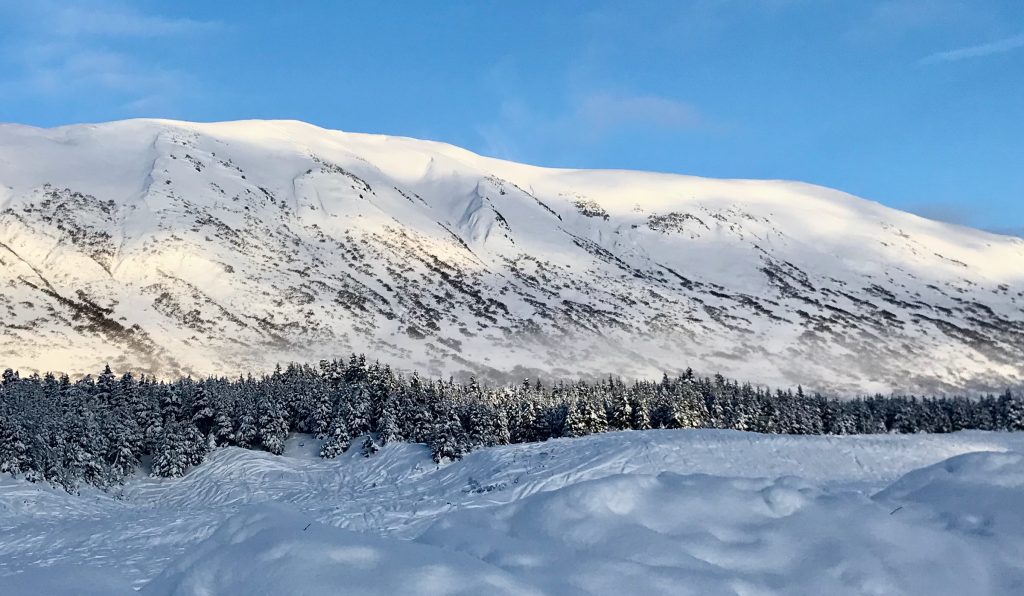 Wind effect along the front side of Seattle Ridge 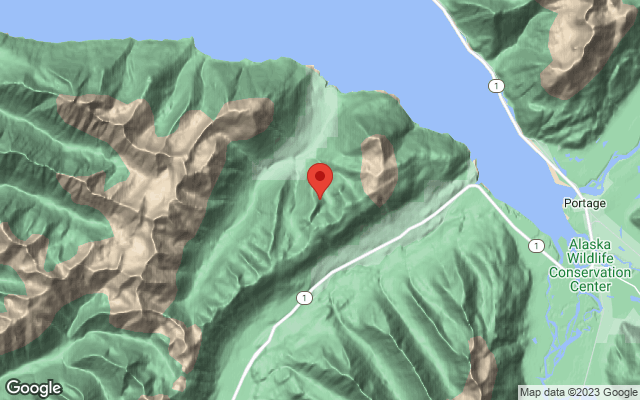