Cloudy and windy day on Seattle Ridge.
Easterly winds picked up today and were moving snow around, mainly above
treeline and on the Ridge proper. Soft sensitive wind slabs/drifts and cornices
were being formed on Westerly aspects (in the usual places) and easily cracking
underfoot/sled. No avalanche activity was seen. Visibility was poor.

Winds estimated to be in the 20’s (moderate) on the ridge with gusts to
35-40mph. Temperatures were mid to upper 20’s F.

While no snow had begun to fall as of the early afternoon, light rain was
falling below 500′ in the Turnagain Arm area.

Note: Attempted to fix the Seattle Ridge anemometer today, but failed due to
need for additional parts. We are working to get the station up and running asap! 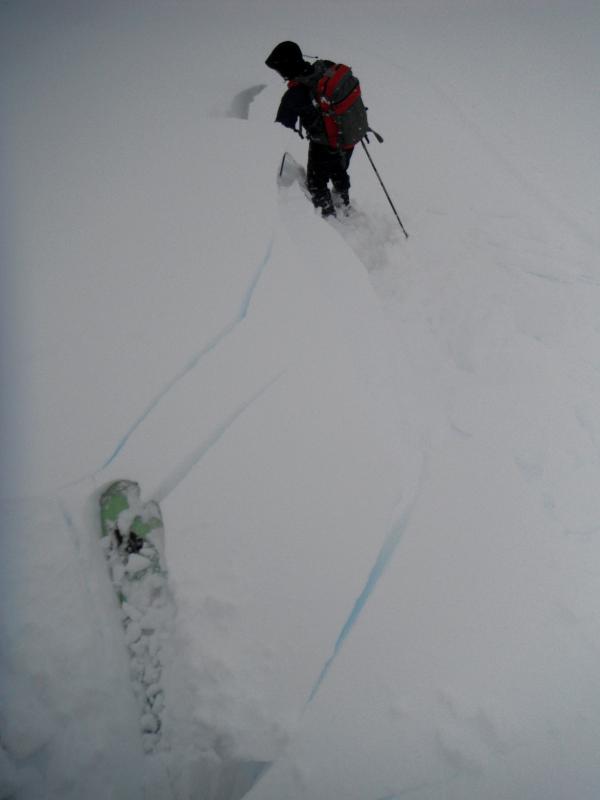 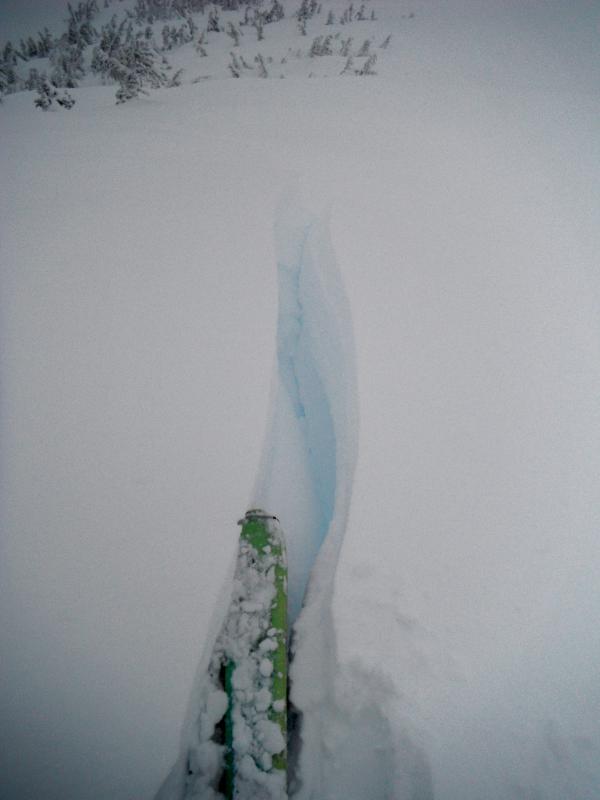 Cornices developing and becoming sensitive as well during the afternoon. 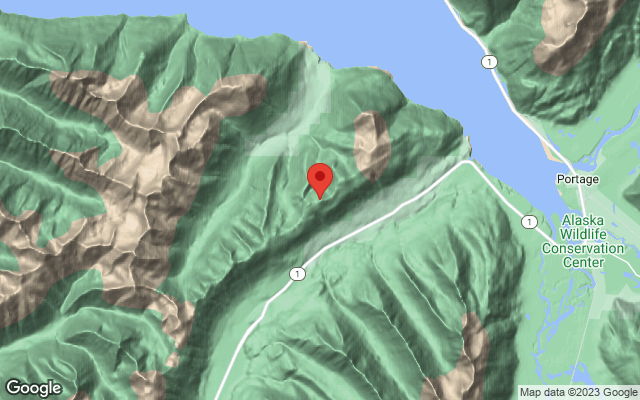