This avalanche was remotely triggered by a single snowmachine around, we think
the 2200′ elevation. Fortunately no one was caught, buried, injured or killed
in this avalanche. The hazard was rated at CONSIDERABLE above treeline on this
day, following a 15 day stretch of steady snowfall. The avalanche occurred as
visibility was increasing towards the end of the day.

A quick pit around 2200′ in snow that had not slid revealed a total snow depth
of 295cm. Roughly 30cm of 2mm faceted grains are intact at the bottom of the
snowpack at this site. Our ability to affect this layer in a location like this
is minimal at best. The distance from the snow surface to the weak layer is
close to 9 feet.

When areas of thinner slab are impacted, cracks are propagating long distances
along these basal weak layers (see Tincan avalanche on 1/4 for another example
of this). These layers are of varying thickness and are well developed. There
are still many areas holding this basic set up of very strong thick snow over
very weak snow. The likelihood of triggering these full depth avalanches may
steadily decline but the consequences could be grim. 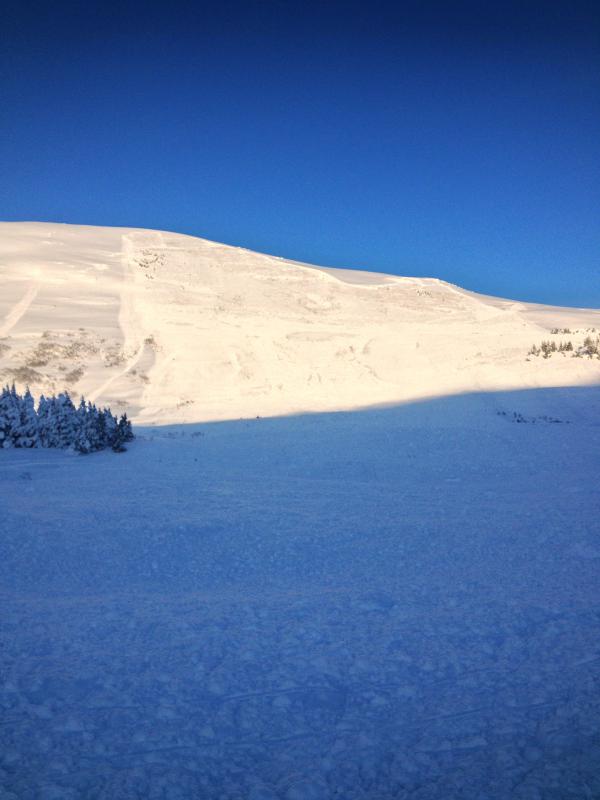 Looking up at the crown from the runout zone. Trigger point is in the upper right corner. 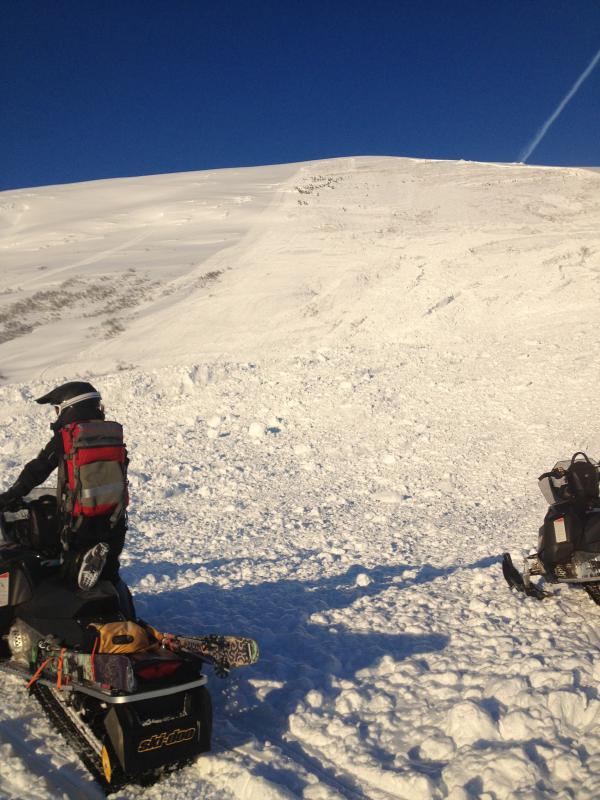 Hard slab debris: very dense pieces as large as a refrigerator make an avalanche like this unsurvivable. 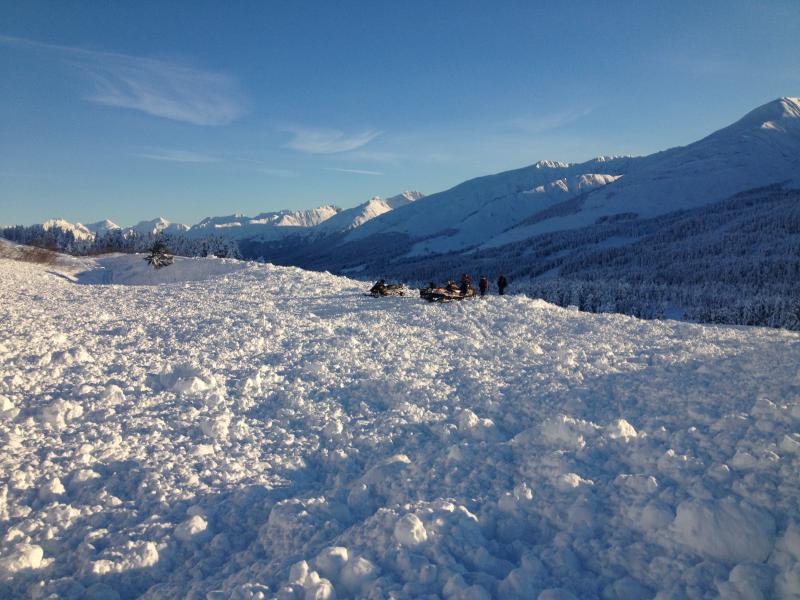 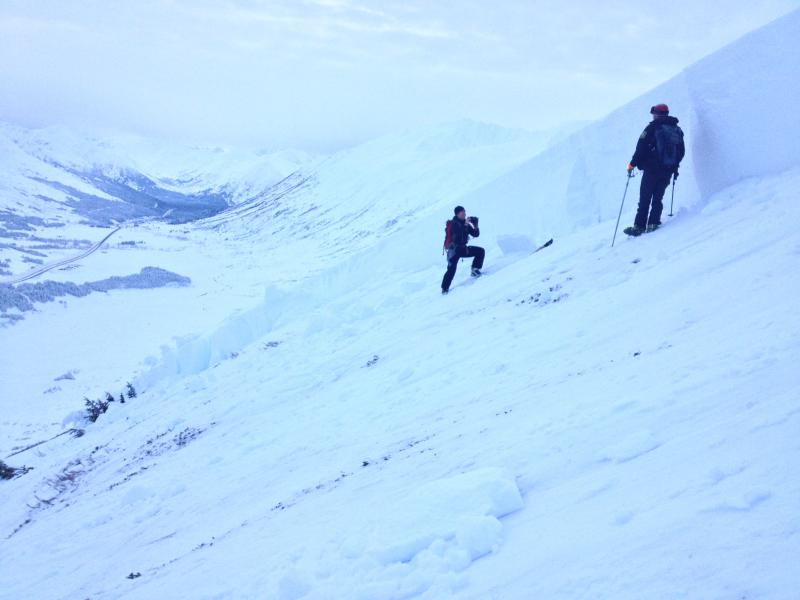