Snow Below the Surface:
A stout melt/freeze crust was found up to our high point of 3200′. On top of the melt/freeze crust was 2-5
inches of near surface facets with pockets of 1-4″ wind slab on the surface. These wind slabs could not
support the weight of a skier and were non-reactive to ski cuts on steep terrain. The only area where
isolated wind slabs showed any energy was along the flat, wind exposed bench of Seattle Ridge. Much of
the focus was on the near surface faceting between the melt/freeze and the thin wind layer on the surface.
These facets ranged in size from .5 -2mm and were covering much of the Seattle Ridge area, all aspects.
This will be the layer to track upon the arrival of new snow, especially a large load.

At lower elevations (below 2500′) on Eastern aspects snow is very shallow (6 -12″) in places, with lots of
rocks and vegetation exposed. 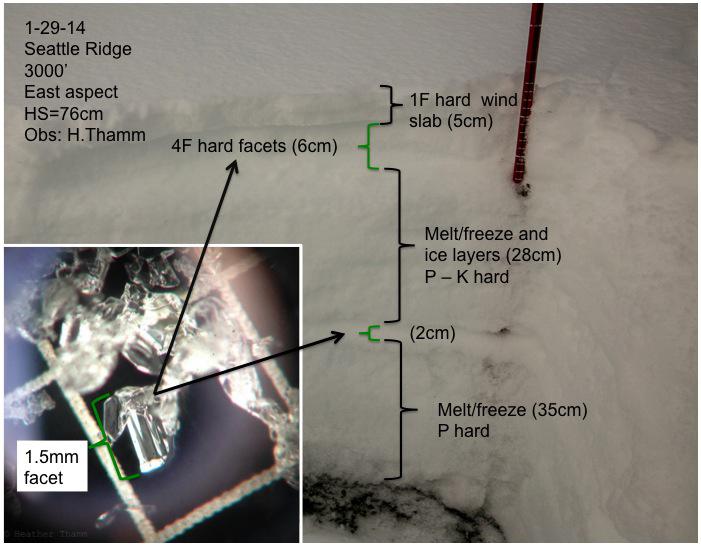 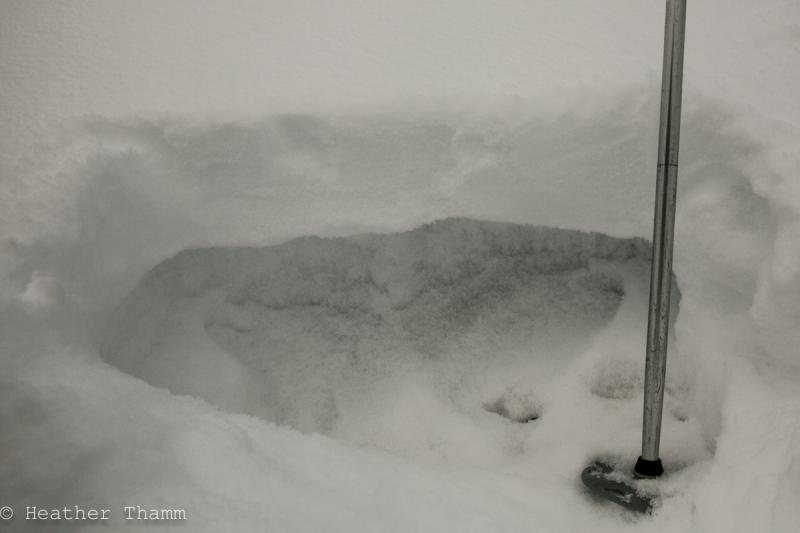 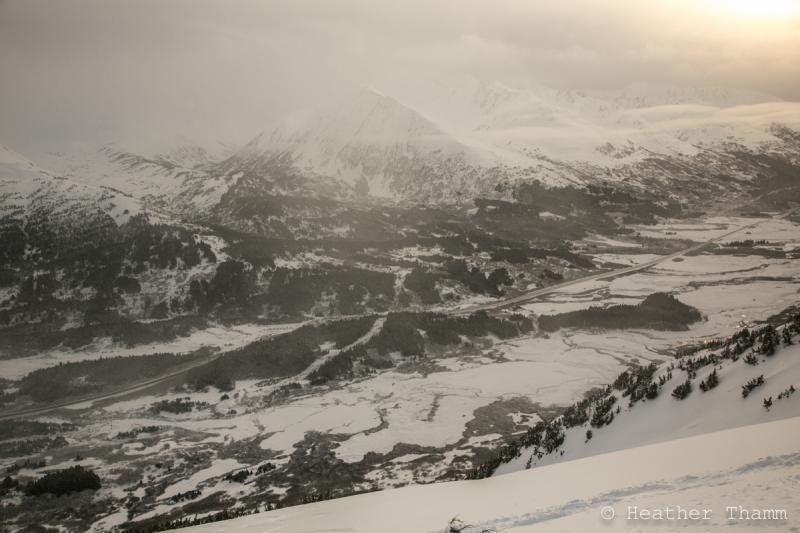 View looking from Seattle Ridge South with Sunburst in the distance. Coverage is thin in the valley bottom, but looks much more like winter! 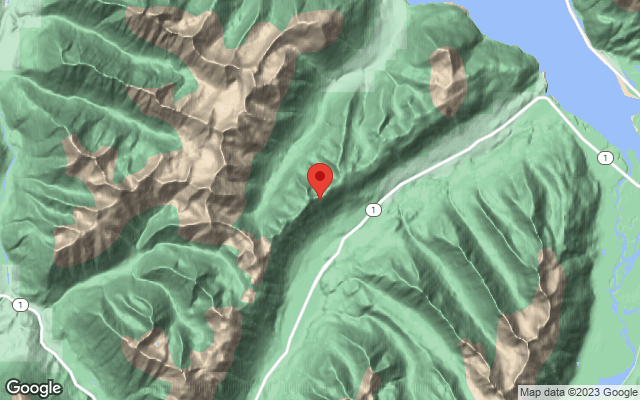