Glide avalanches. The glide release on Seattle Ridge across from the parking lot is impressive (released late 3/6 or early 3/7). There was also one new glide on Sharks Fin (in last 48 hours).

Clouds were in and out - everything from sun to completely obscured. Winds were light from the SE and temperatures mild - mid to upper 20's F. No precipitation.

A trace of new snow from yesterday covers soft settled powder. Did not see surface hoar except in valley bottoms.
Below 1,600' a crust sits under ~6" of soft snow. Many many tracks in the back bowls of Seattle Ridge.

The ridgetops in this area are 3,000' and lower. We saw some new wind drifted snow but not enough for fresh wind slabs. Stable snowpack, other than the wild cards (cornices and glides), was found. 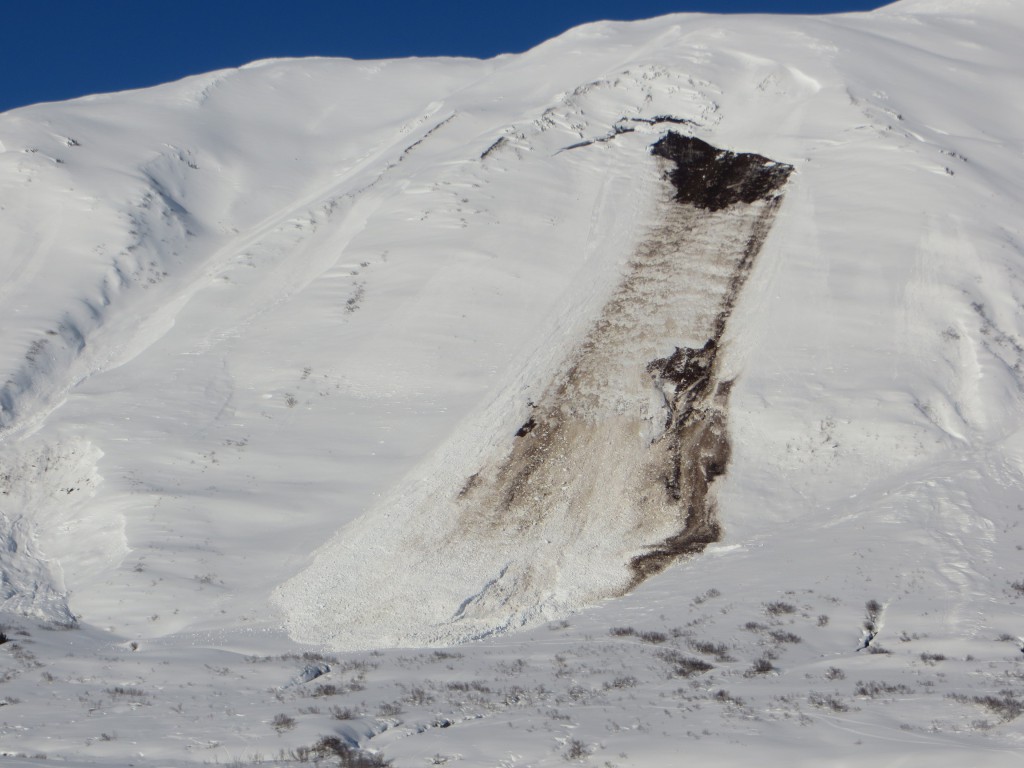 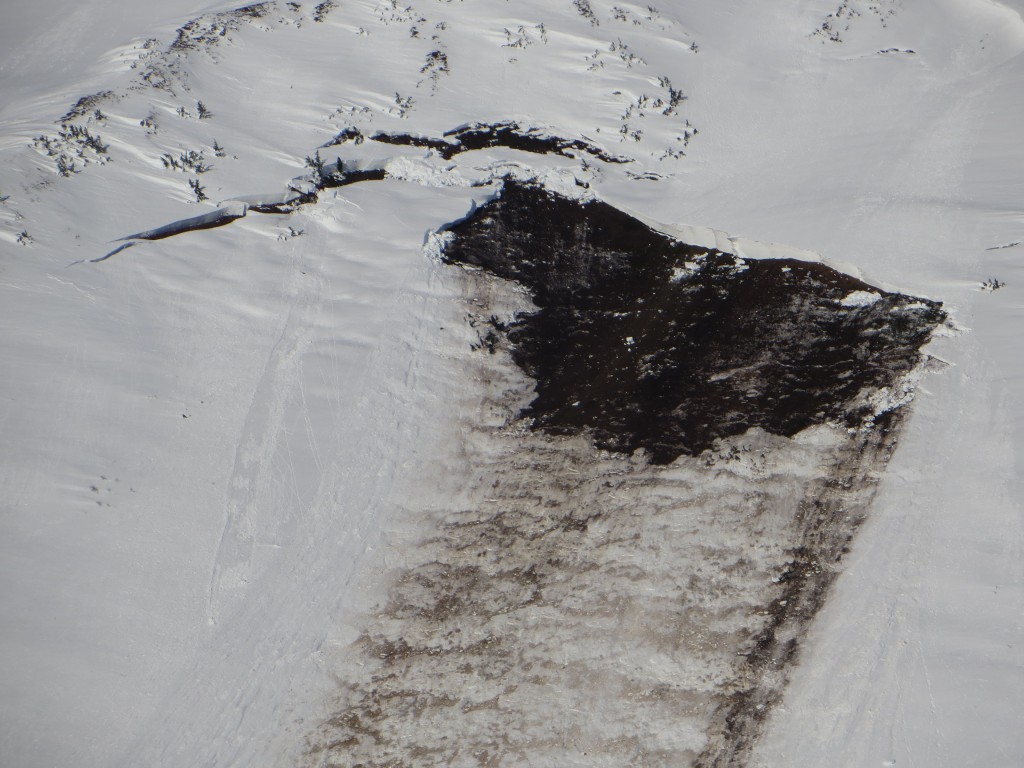 Close up of the crown 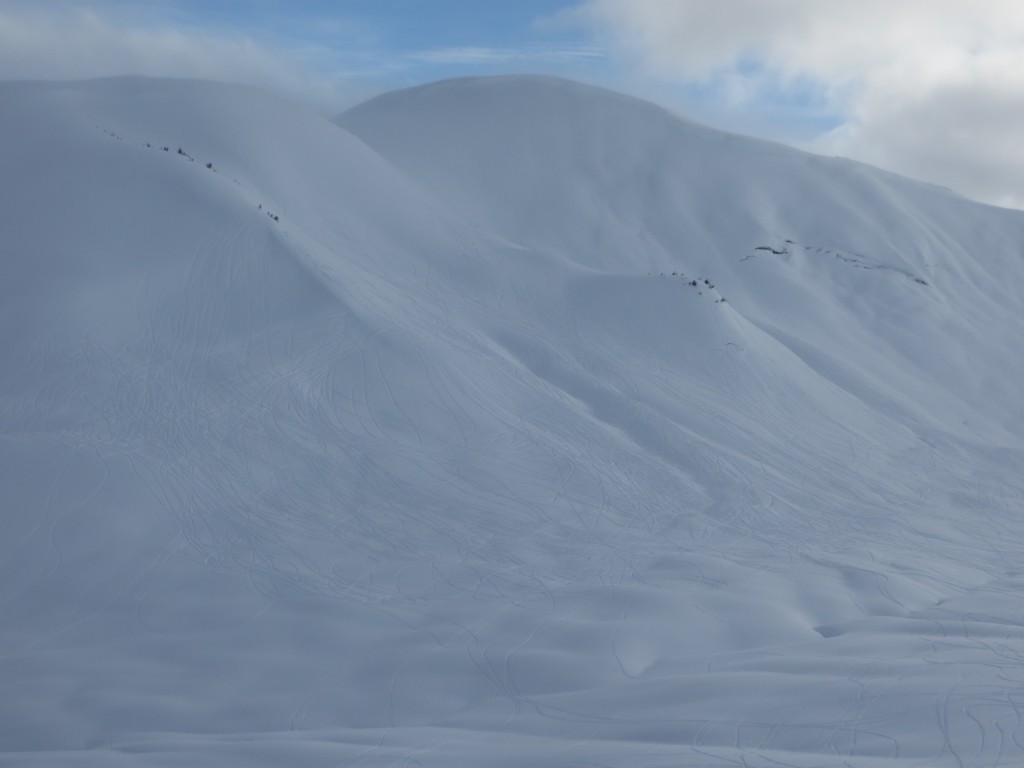 Widowmaker path with lots of tracks and a large glide crack, this crack has been here for weeks now.... 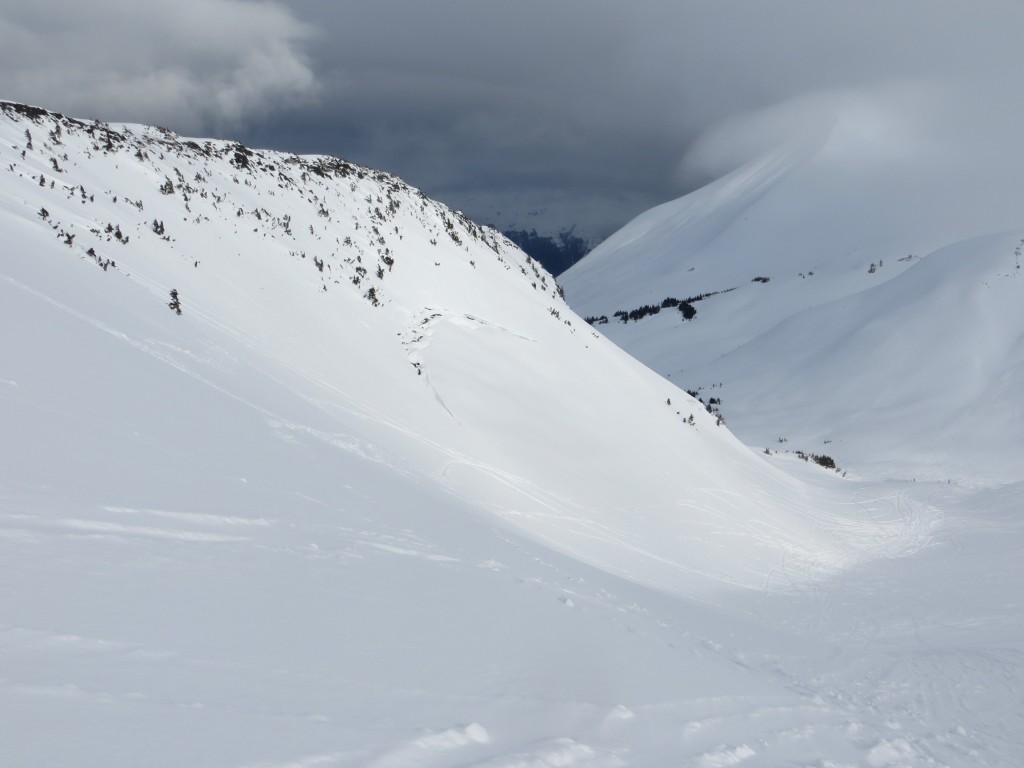 Looking North toward Pyramid Pk and Girdwood Valley from the gap between 1st and 2nd Bowl. Glide crack on the looker's left - this also has been slowly opening for weeks. 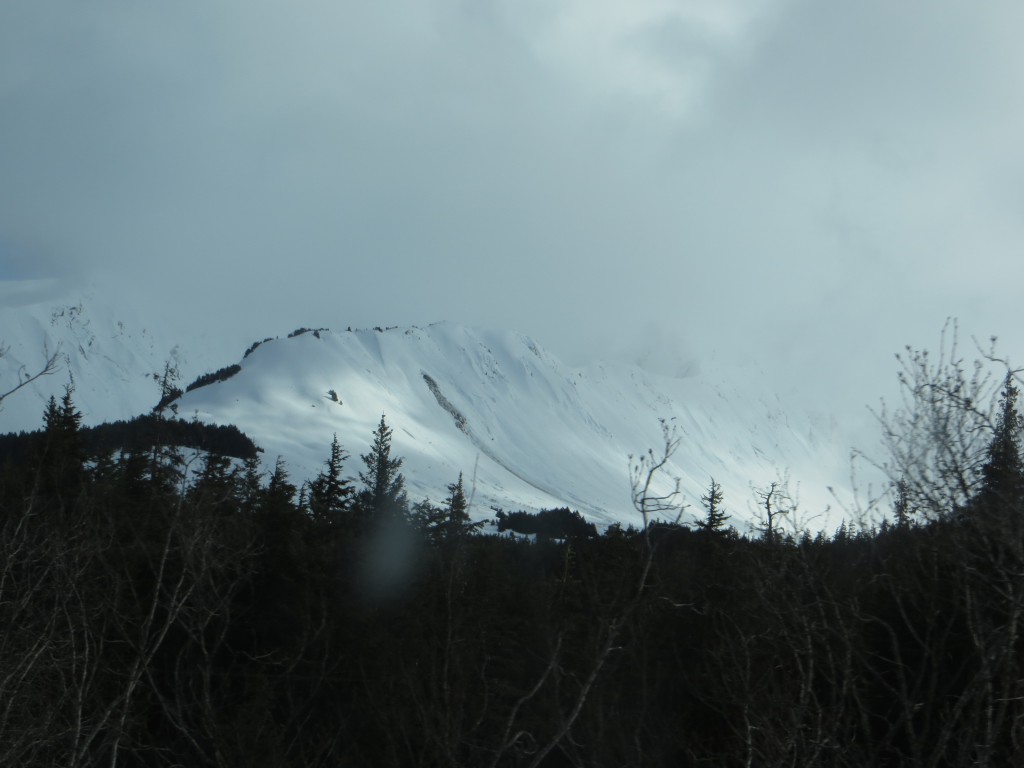 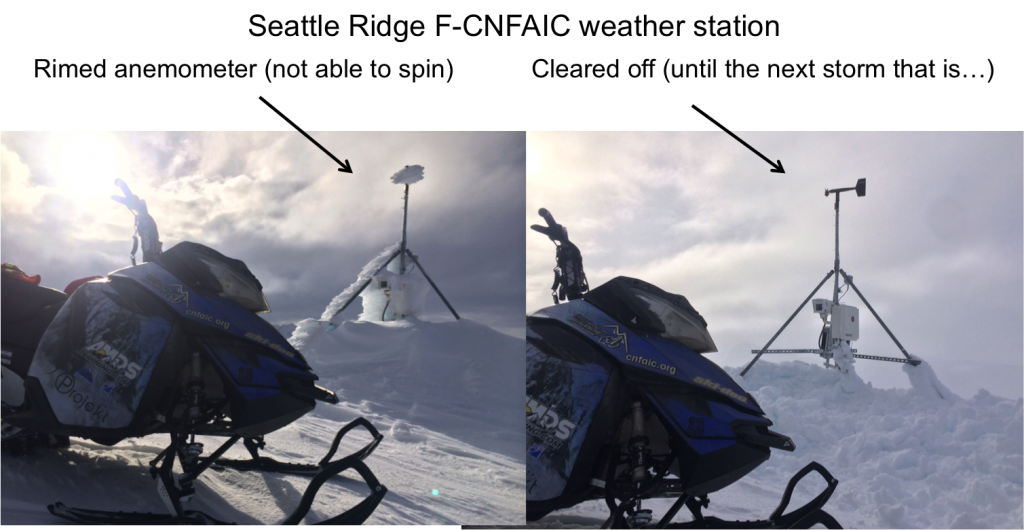 Seattle Ridge anemometer is back online!! A big chunk of rime has been keeping the impeller from spinning... Careful extraction needed to not damage the impeller. 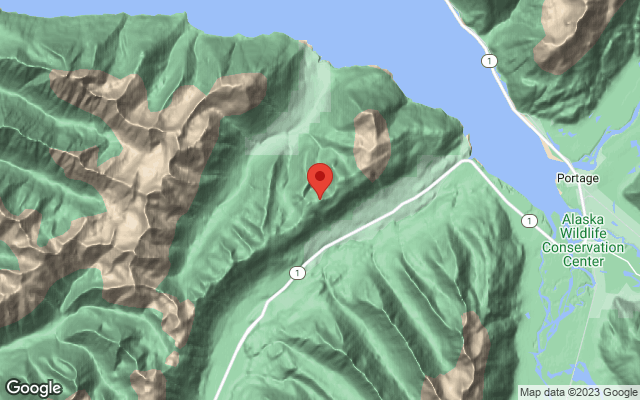