Up Seattle ridge to main bowl and the weather station. Also rode south along the ridge to about 3000′ to look into zero and -1 bowl before descending.

We saw a few fresh looking crowns in the area that were probably from the past 2 days. Including two that looked like they were triggered by wet snow coming down off steep south facing terrain. On widow maker in main bowl and the another larger avalanche with wider propagation near Big Cheif. There was also a glide release while we were riding with fresh dirty looking debris just south of the uptrack. Finally, we saw one very large avalanche in upper Lyon Creek in the NW bowl of a 4400' unnamed peak between Pastoral and Tincan Peak. (see photos)

Clear and sunny day with temps in the upper 20s to 30s, but feeling much warmer than that in the sun. Winds were calm.

Below about 1500' there was a firm supportable crust that softened and turned to mostly supportable soft wet snow in the afternoon. Above 1500' there was a new layer of surface hoar that was about 2-4mm grain size sitting on top of some surface facets and a breakable melt freeze crust. This is a really similar snow surface to the last few layers we have had buried that turned in our current persistent slab problem. Hopefully it gets knocked over by the wind and/or melted by the sun before it gets buried.

We dug one snowpit in Main Bowl on a NW aspect at about 2000'. At this elevation there was a breakable crust even on north facing terrain which was likely due to high temperatures earlier this week. Underneath there was about 30 cm of newer snow from Monday's storm, and about 70 cm of settled snow from last week's big storm.

The first layer of buried surface hoar from 3.22 was buried 100 cm deep and the second layer we found was likely from 3.16 and was 150 cm deep. Both layers were intact but did not produce and results in our instability tests. This is not surprising given the depth of the weak layers and strength of the snow above them, but it doesn't necessarily mean that we can forget about these layers yet. There is still potential for very large avalanches to be triggered on these layers, so careful terrain selection and group management is key. 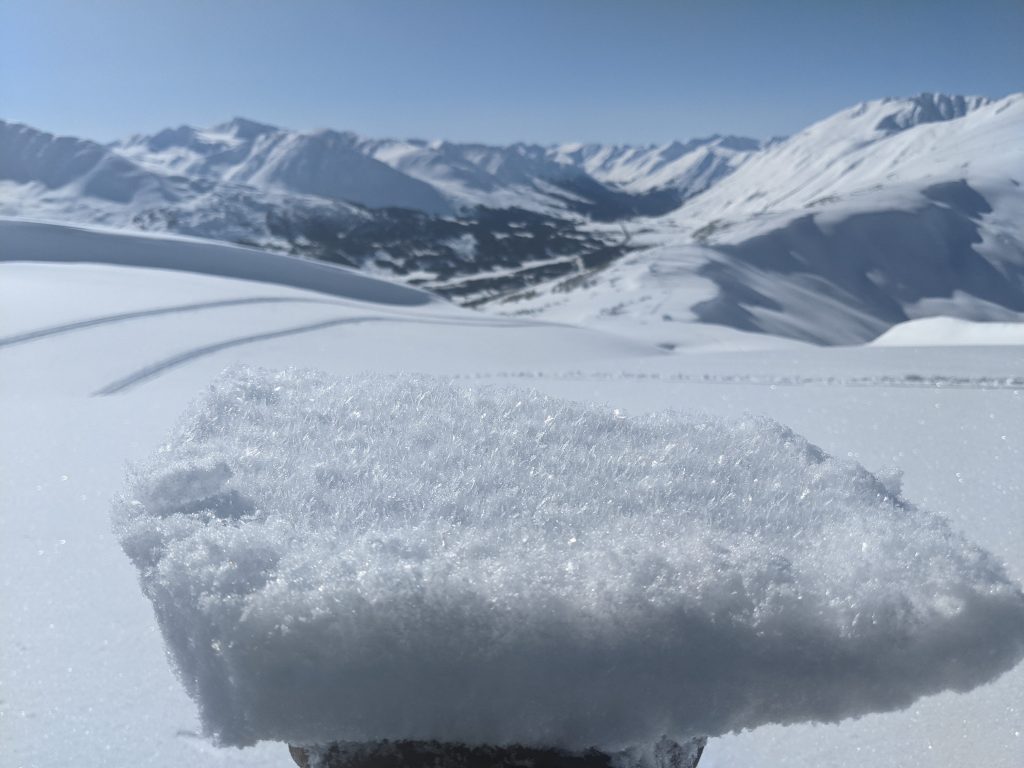 New surface hoar growth on top of facets and a breakable crust, which went up to 3000'. 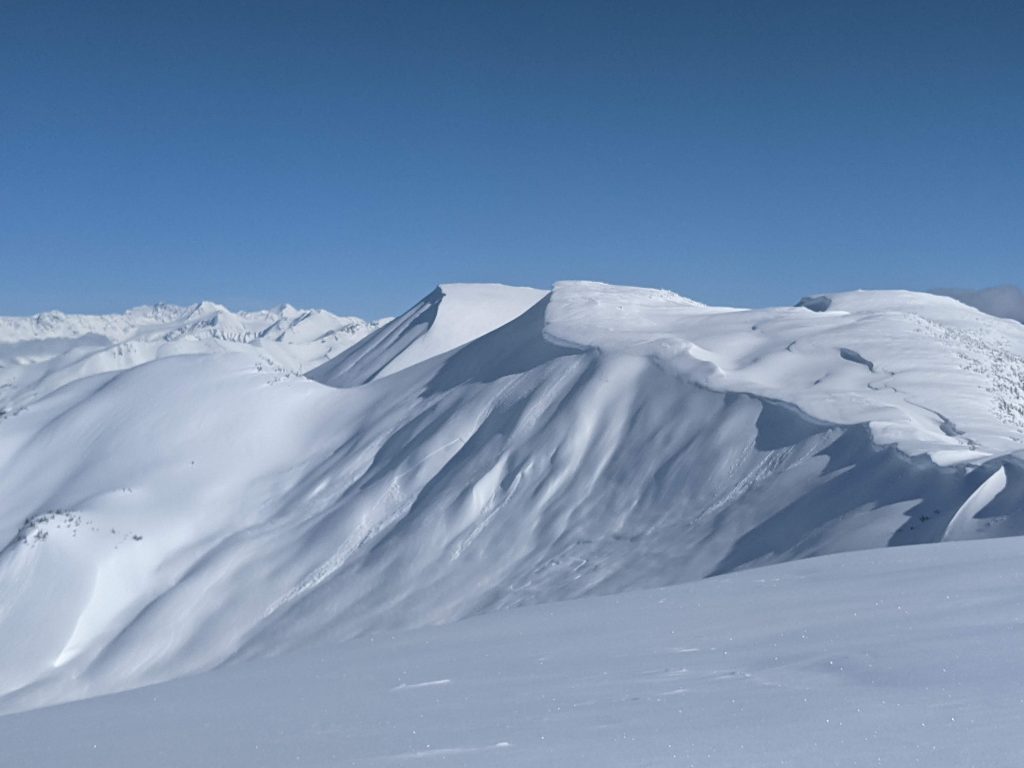 Avalanche on Widow Maker in Main Bowl, which looks to be a natural trigger from wet snow off the cornice above. 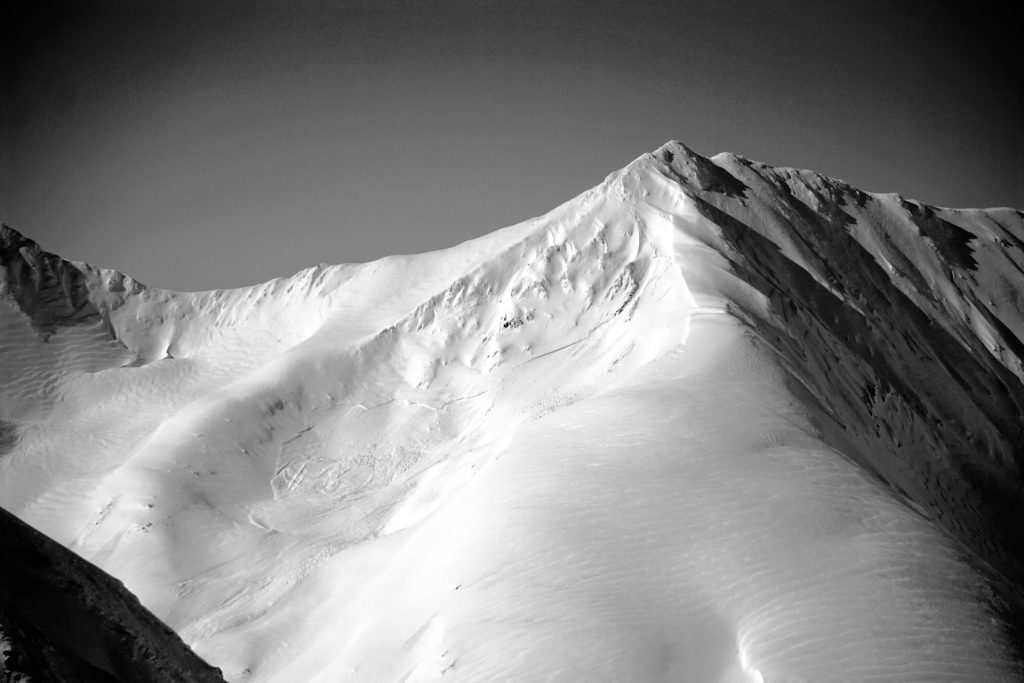 Large crown to the north of Big Chief with wide propagation, this also looks like it was triggered naturally by wet snow coming off a south facing cornice. 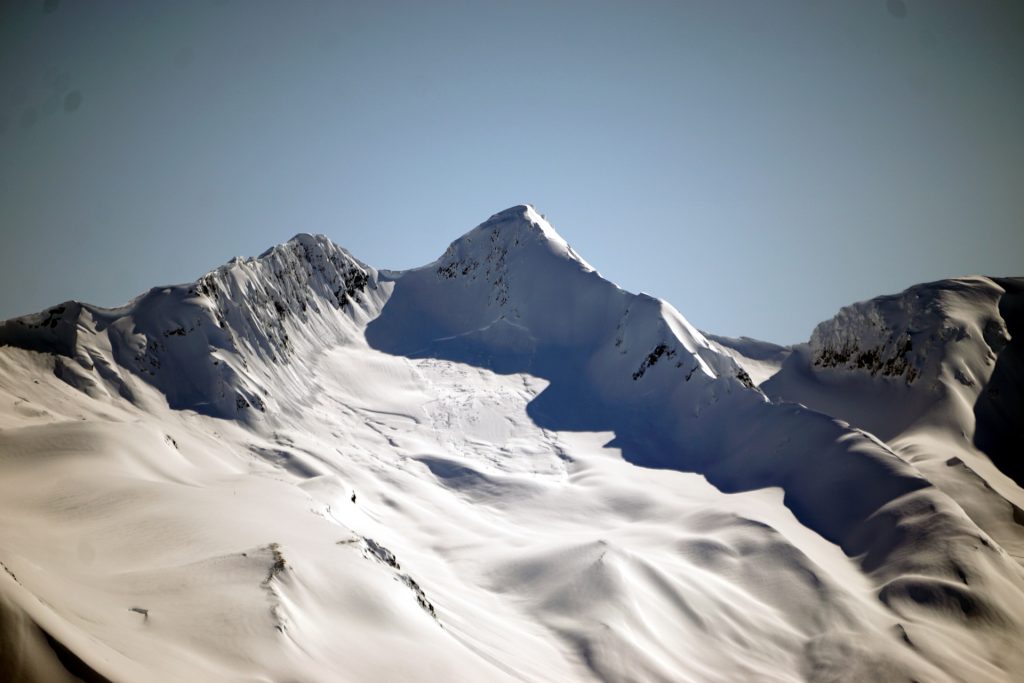 Very large avalanche from upper Lyon Creek on the NW bowl of a unnamed 4400' peak between Tincan Peak and Pastoral. 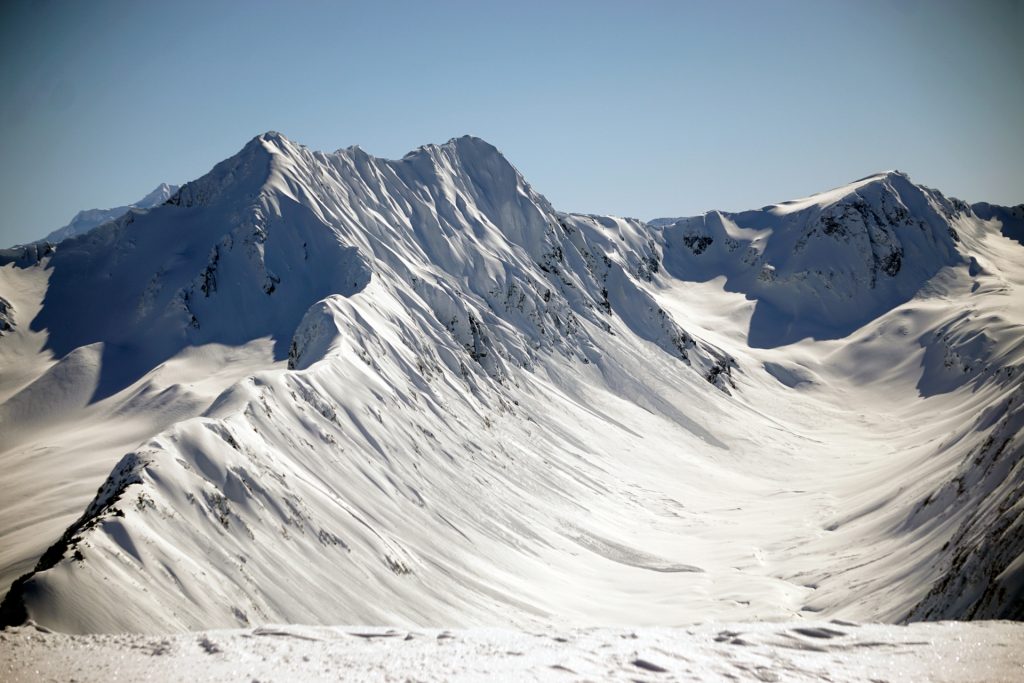 Lots of wet loose avalanche coming down the south face of Wolverine, with some possibly triggering small slabs on the way down. 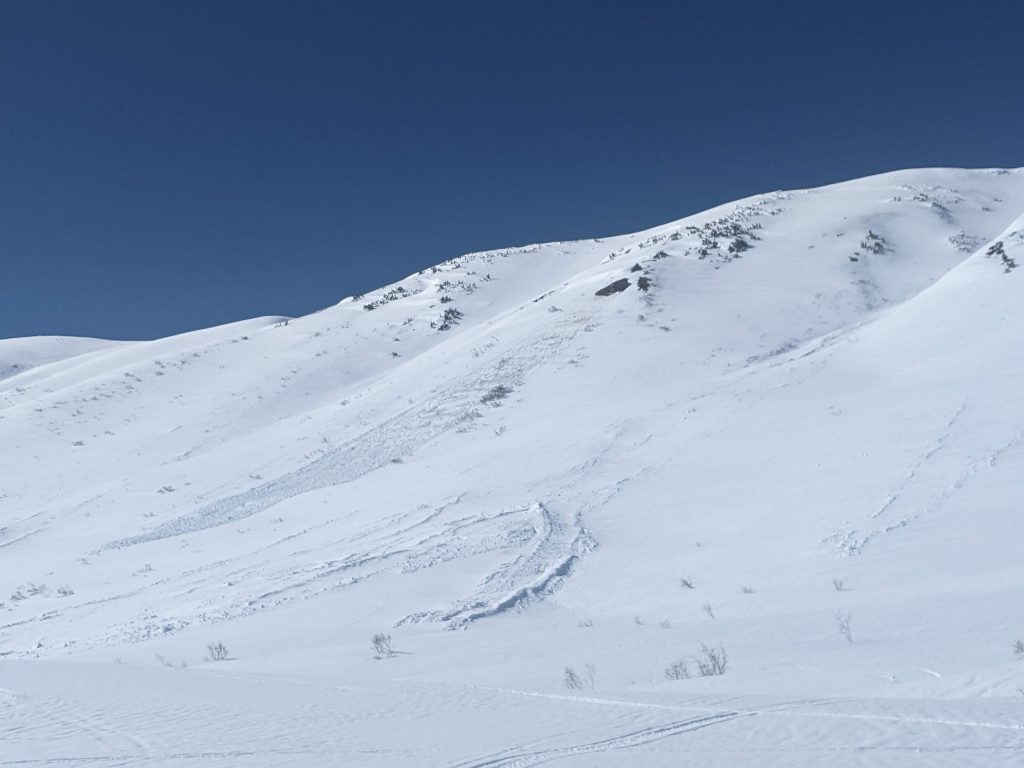 Glide avalanche that release on SE face of Seattle Ridge while we were riding. 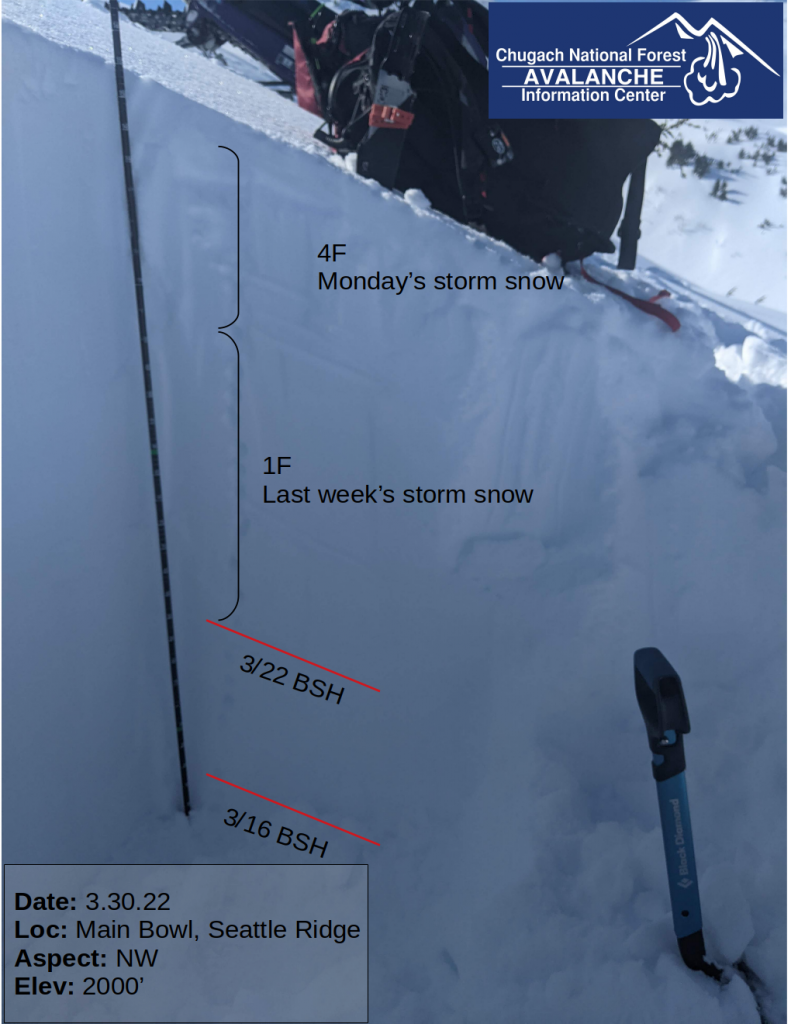 Snowpack structure from our pit at 2000' on NW aspect in Main Bowl. 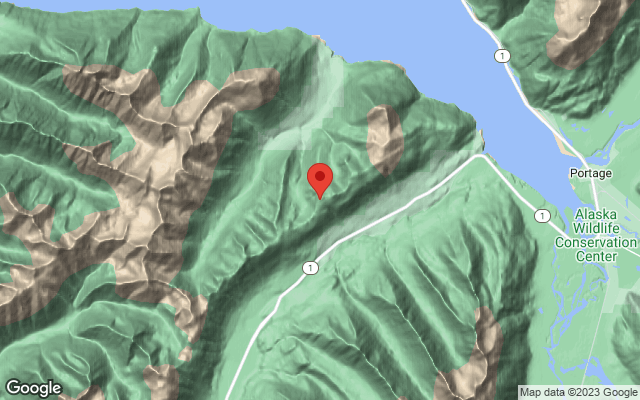