Quick trip up Seattle Ridge this afternoon to take a look at some recent avalanches and search for buried surface hoar/ near-surface facets. We found large surface hoar on the bed surface of the avalanche that failed at the top of Main Bowl, as well as in multiple pits in Warmup Bowl and Triangle Bowl. The only place we couldn’t find it was in a pit down by Seattle Creek near the headwall.

We also saw debris from a very large recent avalanche on the southwest end of Warmup Bowl that ran to the bottom of the bowl. All of the signs we saw from the snowpack were concerning, especially with another round of snow on the horizon.

The avalanche on the southwest end of Warmup Bowl was big. It left a big debris pile that ran all the way to the bottom of the bowl and a little ways down a gulley heading towards Seattle Creek. We couldn't get a look at the crown, but based on what we saw in pits and at the crown of another avalanche in Main Bowl, it is most likely this avalanche was a thick wind slab on top of surface hoar.

Partly cloudy skies with light easterly winds along the ridge. It was 38F in the parking lot at 2:00 p.m., but it was cold enough on the ridge to keep the snow dry.

Some of the terrain near the ridgeline had gotten hit by the winds, but there was still around 6" soft snow on the surface up high, with 8-12" at lower elevations on the back side.

There is a widespread layer of buried surface hoar about 8-10" deep on average, especially at the mid and upper elevations. In most places this layer is sitting on a firm surface and capped by a stiff (4F+ hardness) slab. This was the setup for the avalanche at the top of Main Bowl reported yesterday, and was giving us propagating test results in snowpits. We dug in 5 different places and found this layer in 4 of the pits.

It was a little surprising to not see more activity given all of the tracks up there. This is going to be a concerning layer as we are looking at getting more snow in the middle of the week. 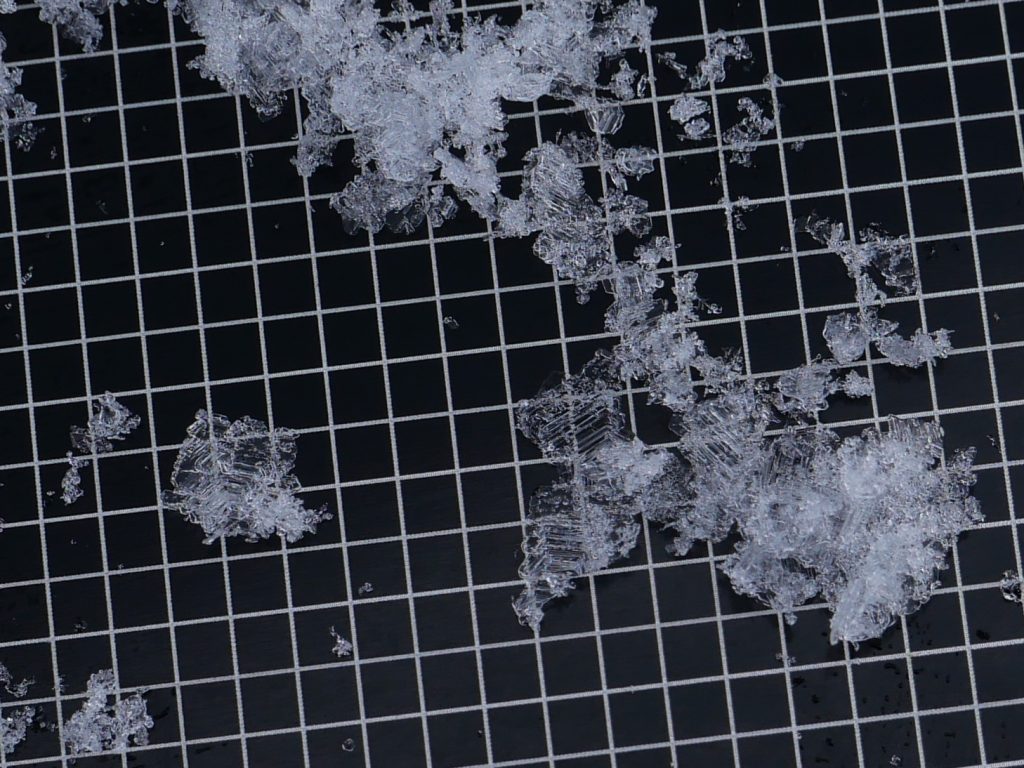 Sample of surface hoar taken from the weak layer responsible for the avalanche at the top of Main Bowl reported yesterday. 03.07.2022 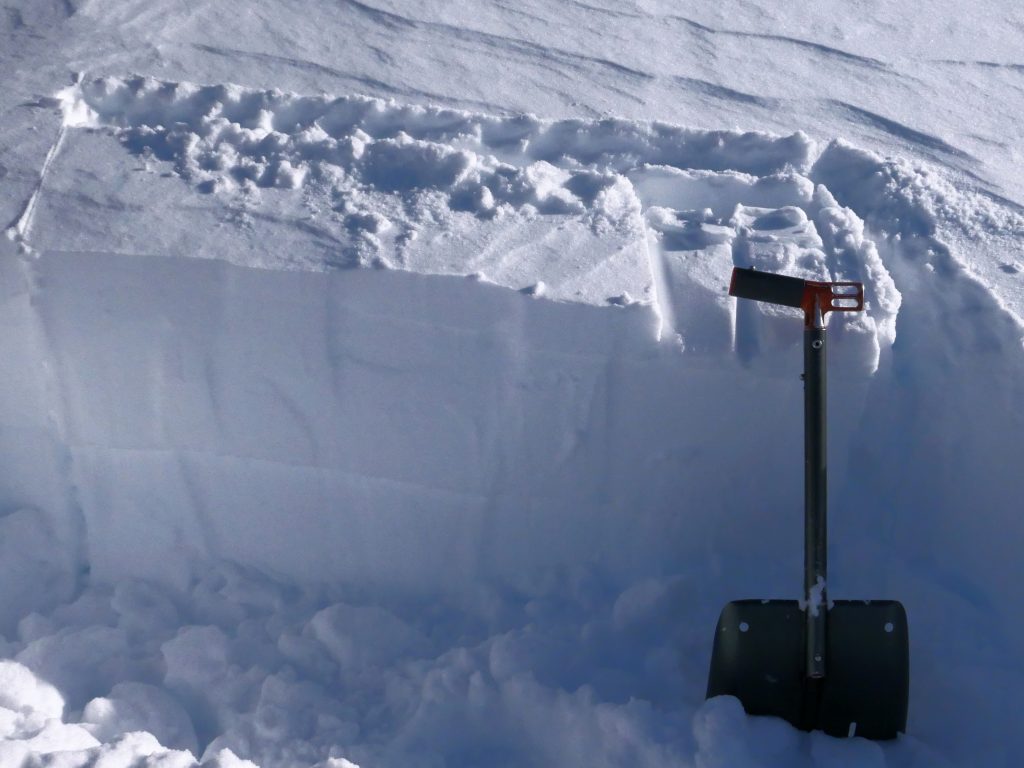 Test pit at the top of Triangle Bowl, with the layer of buried surface hoar about midway up the column, roughly 10" deep. 03.07.2022 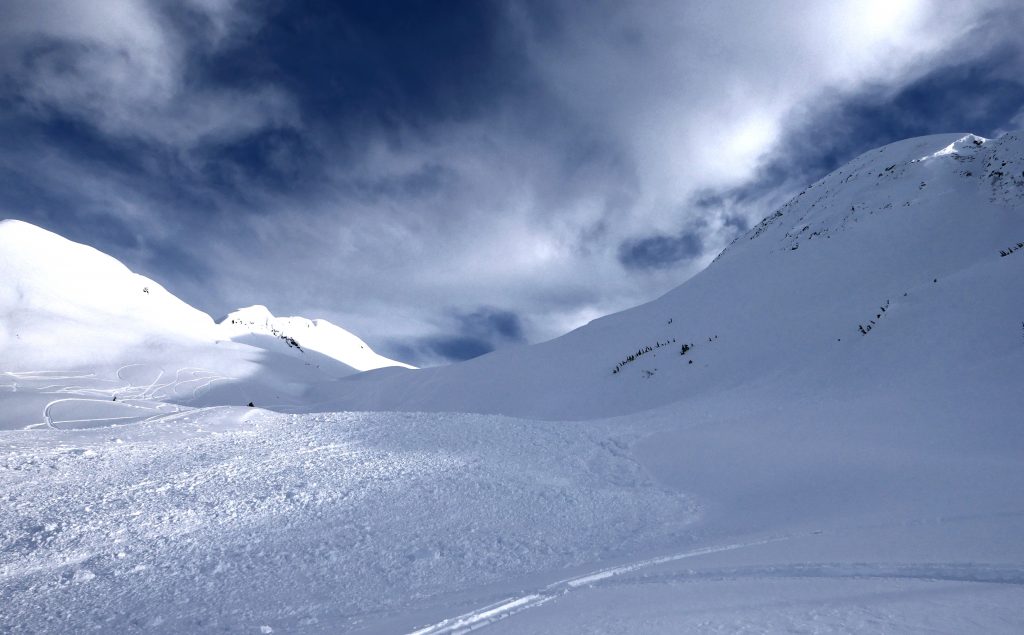 Debris from a large avalanche in Warmup Bowl. That's Dan on a snowmachine on a bump just to the left of the debris pile along the shadow line for scale. 03.07.2022 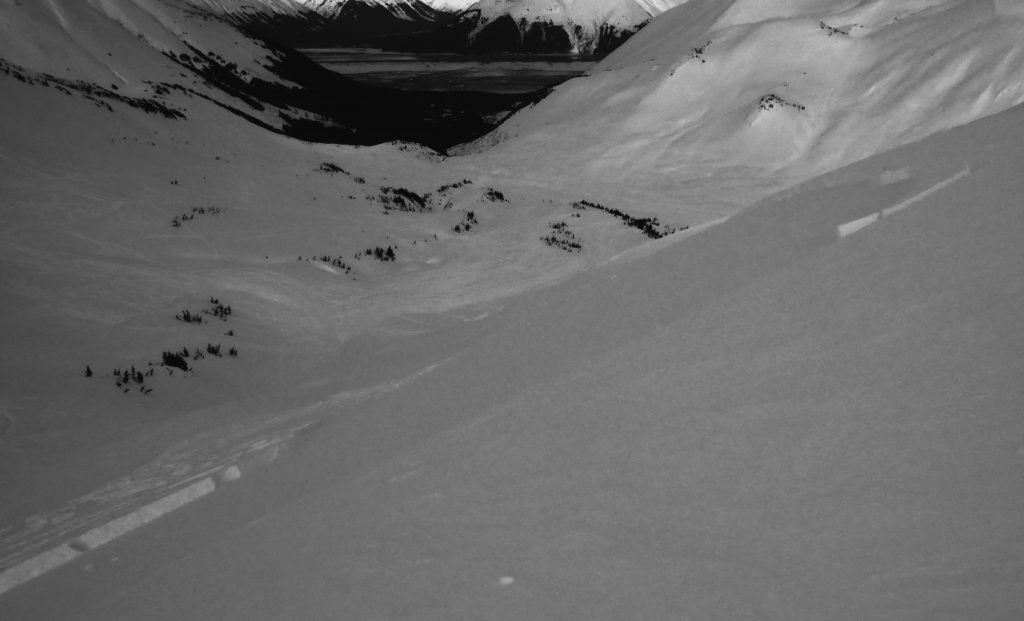 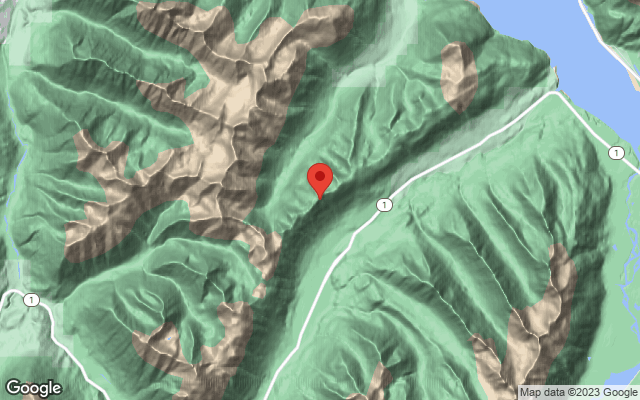